The daughter of the truck driver jailed over the deaths of four police officers in Melbourne’s freeway tragedy feared he would kill someone on the road that day.

The daughter of the truck driver jailed over the deaths of four police officers in Melbourne's Eastern Freeway tragedy feared he would kill someone on the road that day.

Mohinder Singh's daughter, Harpreet Bajwa, 21, told him he needed to see a psychiatrist after hearing him rant about seeing ghosts and aliens.

But in the hours before the freeway tragedy, she knew something was terribly wrong.

"The way he was acting that day scared me and I thought he was going to kill someone if he drove," she told Melbourne Magistrates' Court today. 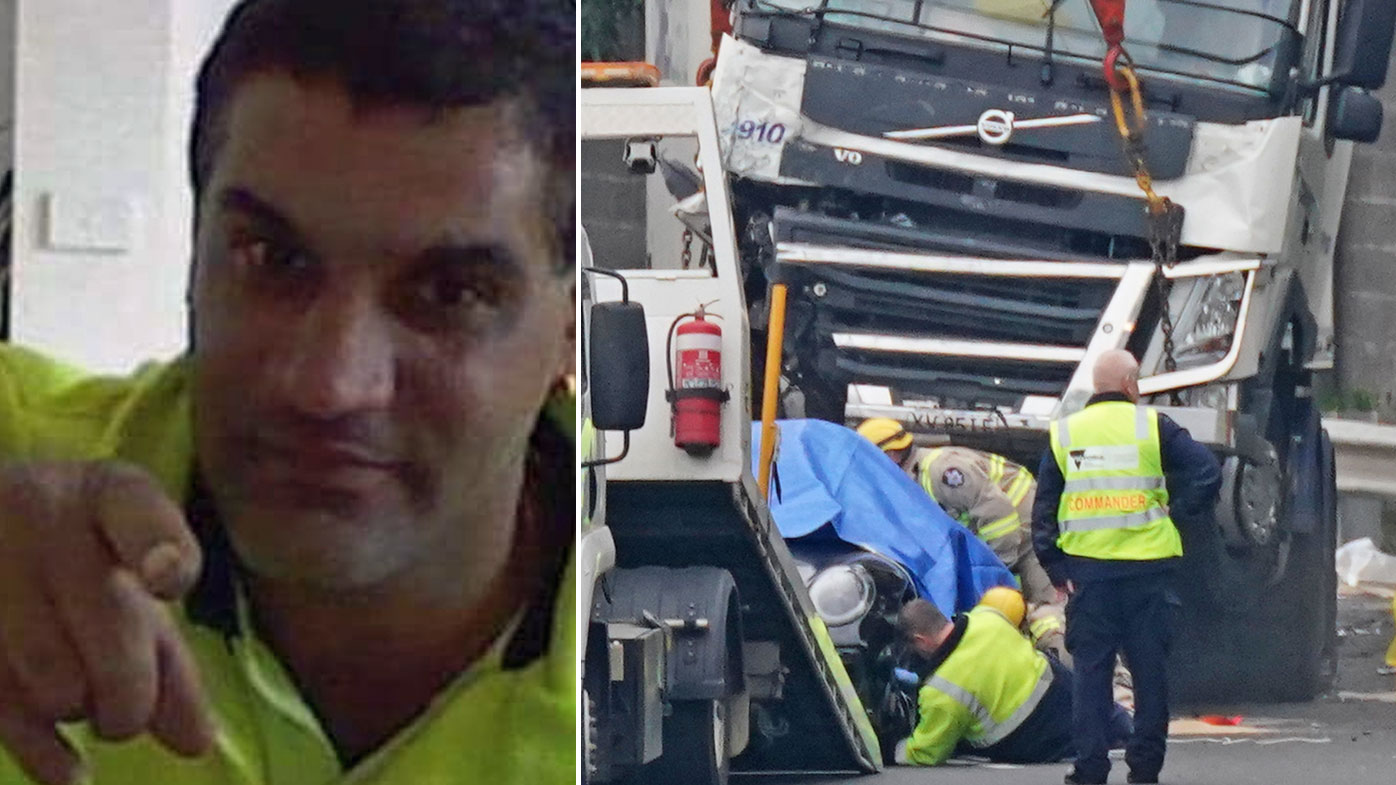 "His pupils were dilated, he seemed pretty terrified and he couldn't stop speaking."

Ms Bajwa told the court that her father feared he was going to be fired from his trucking company job if he didn't attend a meeting with his boss Simon Tuteru.

"I told him he shouldn't go to that meeting because he wasn't fit to drive and needs to see a psychiatrist," she said.

Mr Tuteru, 49, who is the Victorian manager of Connect Logistics, has been charged with four counts of manslaughter over the deaths of the police officers.

But he is facing 82 charges in total, with police alleging he also failed to ensure the safety of other drivers at the trucking company by exceeding their permissible hours behind the wheel.

It is alleged he knew about Singh's deteriorating mental state but continued to get him to drive the heavy vehicle.

After their meeting, police allege the pair prayed together before the manager insisted Singh - who was high on drugs - do a single load delivery for him.

The court also heard Singh, 48, will also be called to give evidence against his former boss.