Queensland is bracing for a tropical cyclone set to bring destructive winds, heavy rainfall and abnormally high tides to the far north of the state from this afternoon.

Queensland is bracing for a tropical cyclone set to bring destructive winds, heavy rainfall and abnormally high tides to the far north of the state from this afternoon. 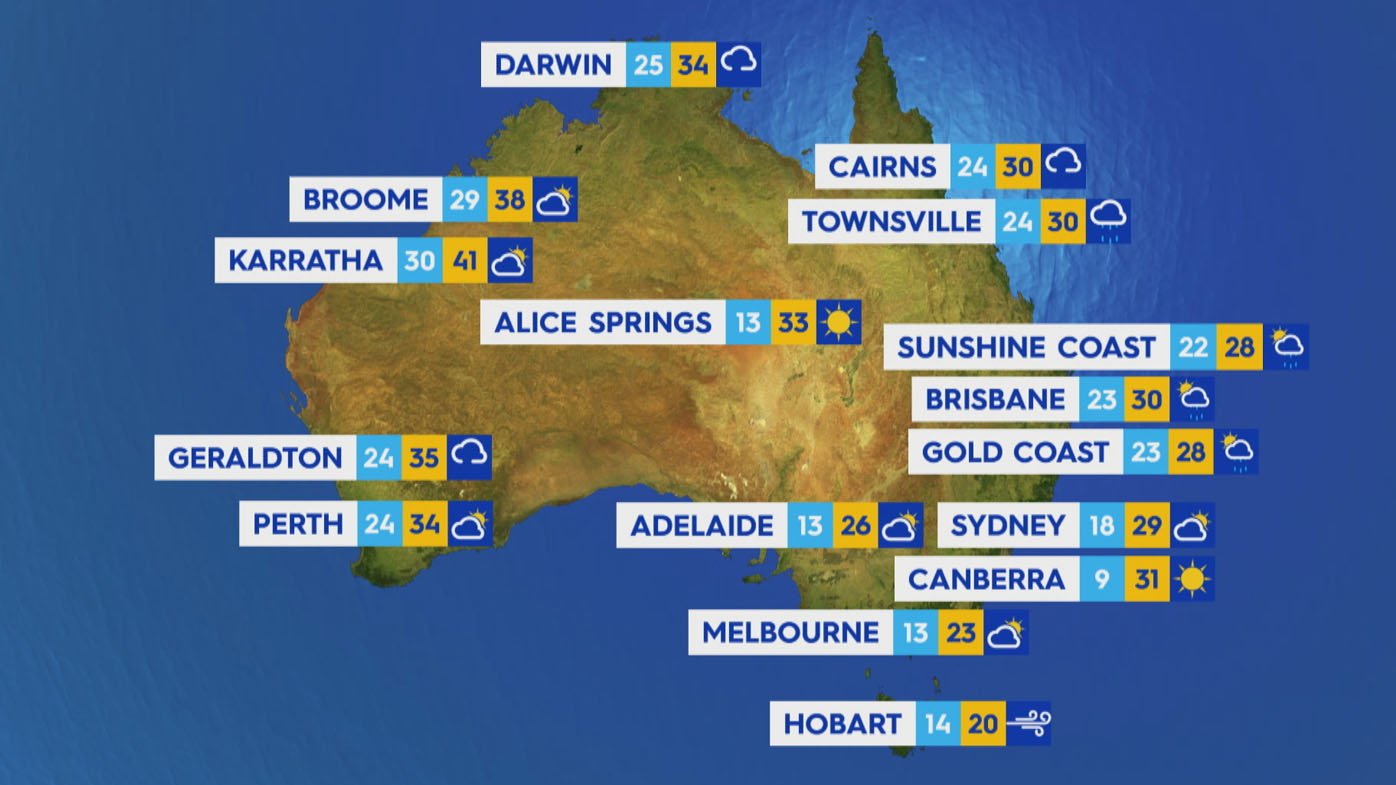 "It's a fairly small weather system but will pack a punch."

Gale force winds with gusts up to 150 km/h are forecast, with the Kimi expected to make landfall from early tomorrow morning between Cardwell and Rollingstone in Far North Queensland.

"There will be really heavy rain, mainly around Townsville and Ayr, with falls of 150mm to 250mm. But there will be isolated pockets that receive up to 300mm," Mr Pippard said.

The area to be affected has already gained more than the monthly average rainfall this month. So far there has been more than 900mm at Euramo, more than 800mm at Cardwell and Halifax, more than 700mm at Tully, Ingham, more than 600mm at Innisfail and more than 500mm in the Cairns area. 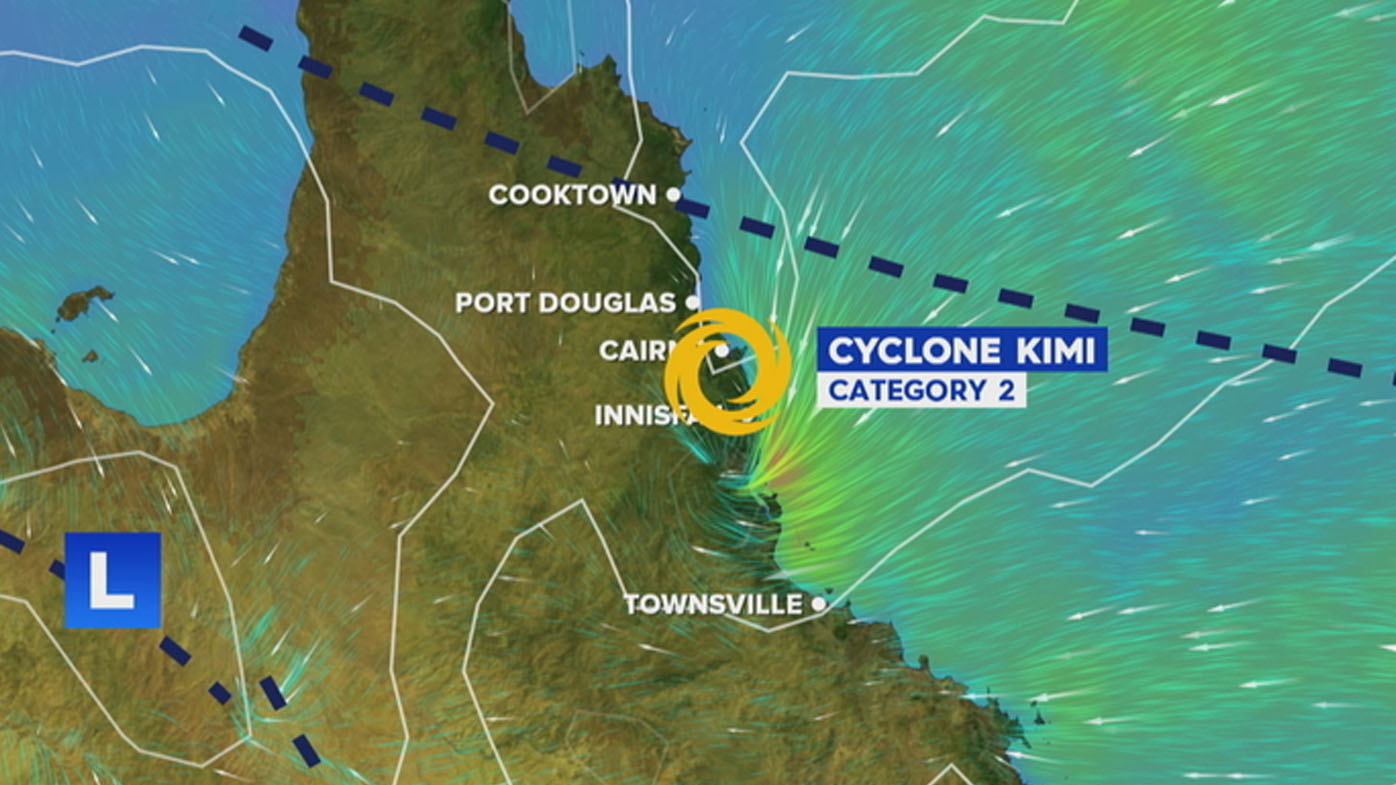 Elsewhere, a high pressure system over the Great Australian Bight extends a ridge through the interior of NSW, bringing dry and settled conditions west of the divide and in the far south.

During today a deep low pressure system will pass to the south of Tasmania and an associated front will cross the state, bringing damaging winds to the state, including the Hobart area.

READ:  Coronavirus parties held by US college students to infect one another, win money

A few showers and the chance of thunderstorms in the northeast. Dry and mostly sunny over the remainder. Daytime temperatures mostly near average.

Sea breezes possible along southern parts of the coast.

Sydney can expect a top temperature of 29C and Canberra 31C.

Moderate south to southwesterly winds, fresh in the afternoon about the coast.

There is a very high fire danger warning for the state's north west.

Melbourne is forecast for a maximum temperature of 23C.

Tropical Cyclone Kimi lies about 140km northeast of Cairns and is expected to cross the North Tropical Coast south of Cairns during this evening.

Mostly sunny in the west and southwest. A slight to medium chance of showers and thunderstorms elsewhere, increasing to a high to very high chance in the southern and southeastern interior and the northeast.

Brisbane is forecast a maximum of 29C.

A slow-moving ridge of high pressure over waters to the south of South Australia will linger in the region for the next few days.

Dry today apart from a slight chance of light morning showers about southern coasts and ranges. Mild to warm in the south grading to warm to hot in the north. Moderate southwest to southeasterly winds, freshening during the afternoon.

A trough extends from the inland Kimberley to the inland Pilbara. The trough may push off the Pilbara coast for periods over the next few mornings until Wednesday.

A strong ridge of high pressure lies southeast of the state. The ridge will continue to contract slowly east today as a trough deepens off the the west coast.

Tropical Cyclone Joshua is tracking southwest over the Indian Ocean away from the Cocos Islands.

Perth can expect a top of 34C.

A high to very high chance of rain and thunderstorms across the Tiwi Islands and Arnhem District with possible heavy falls.

A slight to medium chance of showers and gusty thunderstorms elsewhere across the Top End and Carpentaria District. Mostly sunny elsewhere.

Darwin is forecast a maximum temperature of 34C.

Showers about the west, far south and central areas, easing in the evening. Fine elsewhere, apart from possible showers about the southeast in the morning and afternoon.

Hobart can expect a top of 20C.

- Reported with Bureau of Meteorology and WeatherZone