Weighing in at one trillion tonnes and 160km long, A68 had been relatively stationary after it broke free from Antarctica two years ago.

The world's biggest iceberg is at risk of disappearing as it drifts closer towards the open seas, experts have warned.

Weighing in at one trillion tonnes and 160 kilometres long, the berg, known as A68, had been relatively stationary after it broke free from Antarctica two years ago.

However now it's on the move again, hurtling towards rough seas where it could meet its demise. 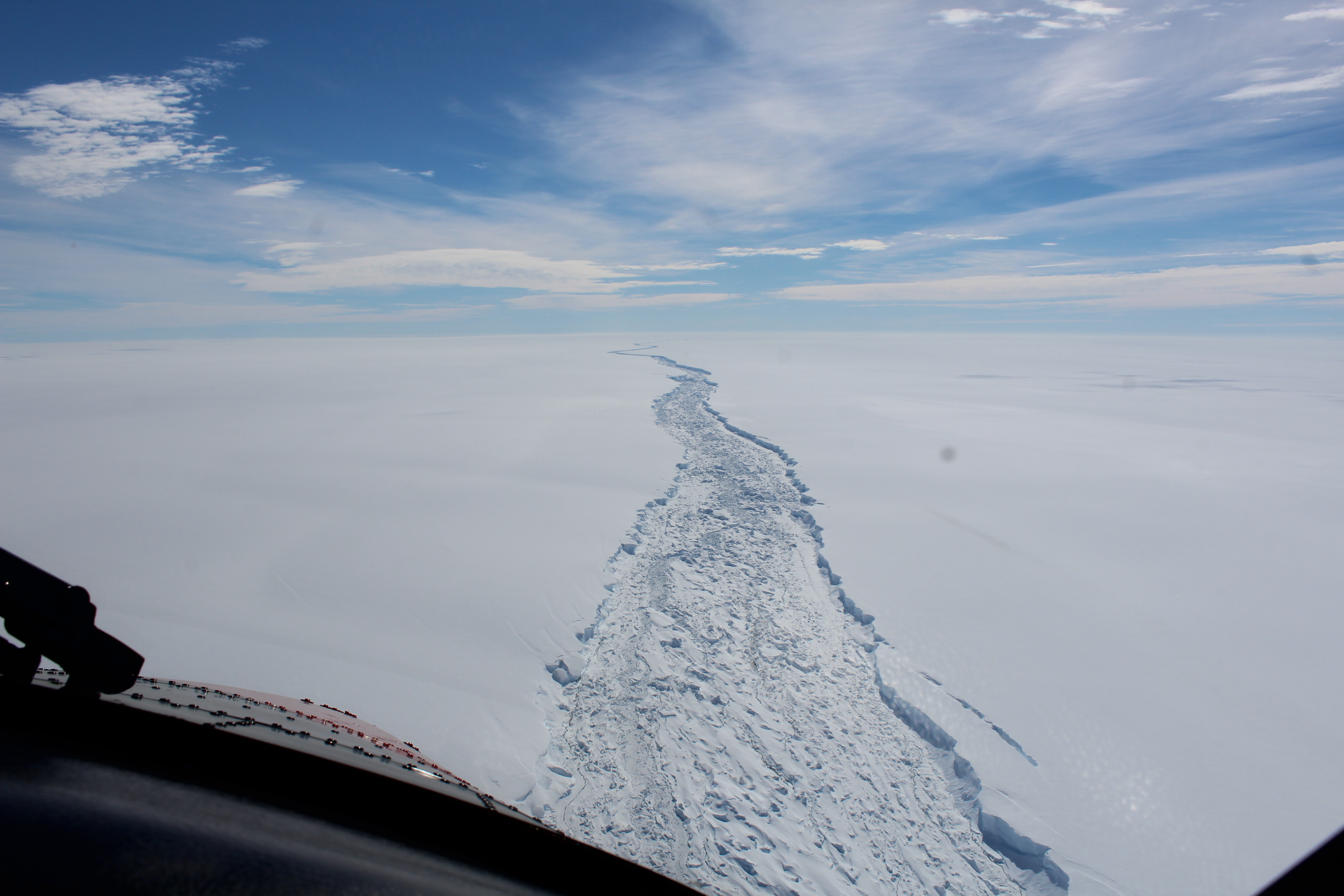 "With a thickness to length ratio akin to five sheets of A4, I am astonished that the ocean waves haven't already made ice cubes out of A68," Professor Adrian Luckman from Swansea University told the BBC.

"If it survives for long as one piece when it moves beyond the edge of the sea-ice, I will be very surprised."

The monster iceberg broke off from the edge of the Larsen C Ice Shelf – located on the Antarctic Peninsula - in July 2017. Satellite tracking shows it stayed close to the shelf for a year before getting caught in an ocean current known as the Weddell Gyre.

A68 also has a daughter iceberg known as A68b - a large chunk of ice which broke off from its parent early on and now lies a further 110km north.

The Weddell Gyre has since dragged both icebergs a further 250km north, where eventually A68 and A68b will be thrown into the South Atlantic towards a path known as "iceberg alley".

It is here where the world's biggest iceberg will likely be destroyed, as the warmer and rougher waters break it down.

It follows in the footsteps of the largest ever recorded iceberg B15, which has gone from 11,000 square kilometres, to just 200.