Queensland’s hard border lockout is now in force with millions of people from NSW and the ACT banned from entering.

Queensland's hard border lockout is now in force with millions of people from NSW and the ACT banned from entering.

From now on, anyone who has been in a hotspot will have to quarantine at their own expense and return travellers will have to drive themselves to an airport in NSW and fly into Queensland.

READ MORE: Follow our live blog for breaking news and updates on COVID-19 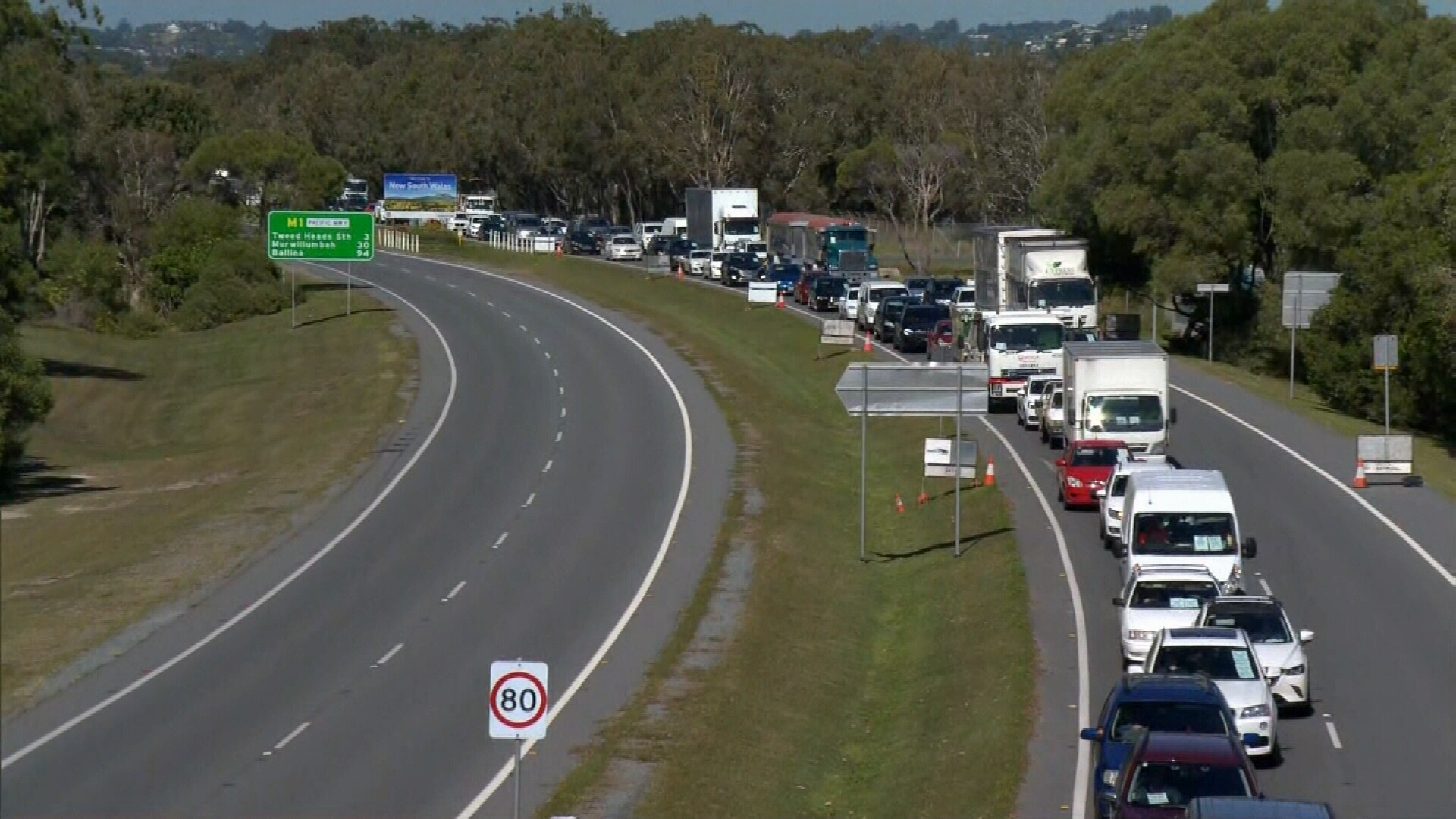 The website for people to access border passes is now up and running, however people have been told to expect lengthy days as the day goes on with traffic getting heavier throughout the morning.

This morning saw a trickle of cars crossing various border checkpoints allowing police to stop and check cars for the valid border passes.

Police have said they understand checking all vehicles is a time-consuming exercise however they have made no apologies, insisting the measures are necessary to protect the state against the spread of the virus.

Border towns will have a special bubble for those living in NSW but living in Queensland or vice versa. This means you can cross freely but no further north or south outside that bubble. The bubble includes people living in the Tweed Heads and Gold Coast council areas.

Police have told 9News confusion over border passes has already contributed to delays this morning with people stopping to ask authorities questions about the border bubble.

Police have asked people to access information about the bubble online to avoid longer delays for essential travellers.