The ASX has closed down 0.9 per cent and the Aussie dollar has fallen after Australia’s unemployment rate jumped to 7.1 per cent in May.

Australian shares have fallen, with every sector but one in retreat, after new data showed the country's unemployment rate jumped to 7.1 per cent in May.

"It was a very mixed sort of market today," Hamish Tadgell, head of Australian equities at SG Hiscock & Company, said.

READ MORE: Employment fell by more than 220,000 people in May 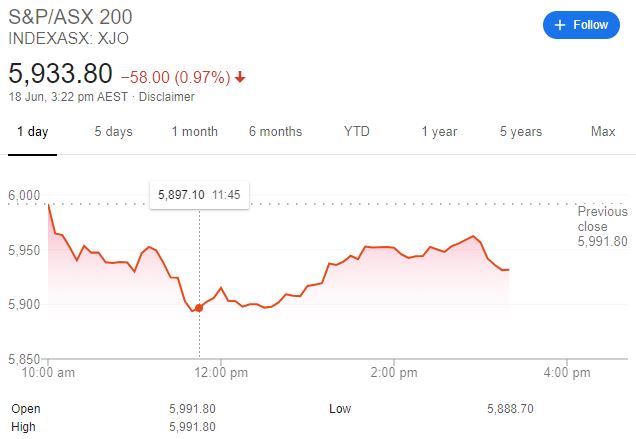 "The market took a breather today after two or three strong days."

The worse-than-expected jump in unemployment figures showing the country lost 835,000 jobs in April and May was "one of the drivers," Mr Tadgell said, who called it a "stock-specific day".

More broadly, Mr Tadgell said, "the markets just I think trying to navigate between the second wave impact and the stimulus. It's a little bit schizophrenic at the moment."

Australia's Prime Minister Scott Morrison called the figures "heartbreaking" and "devastating" but said he was not surprised by the scope of the economic impact. 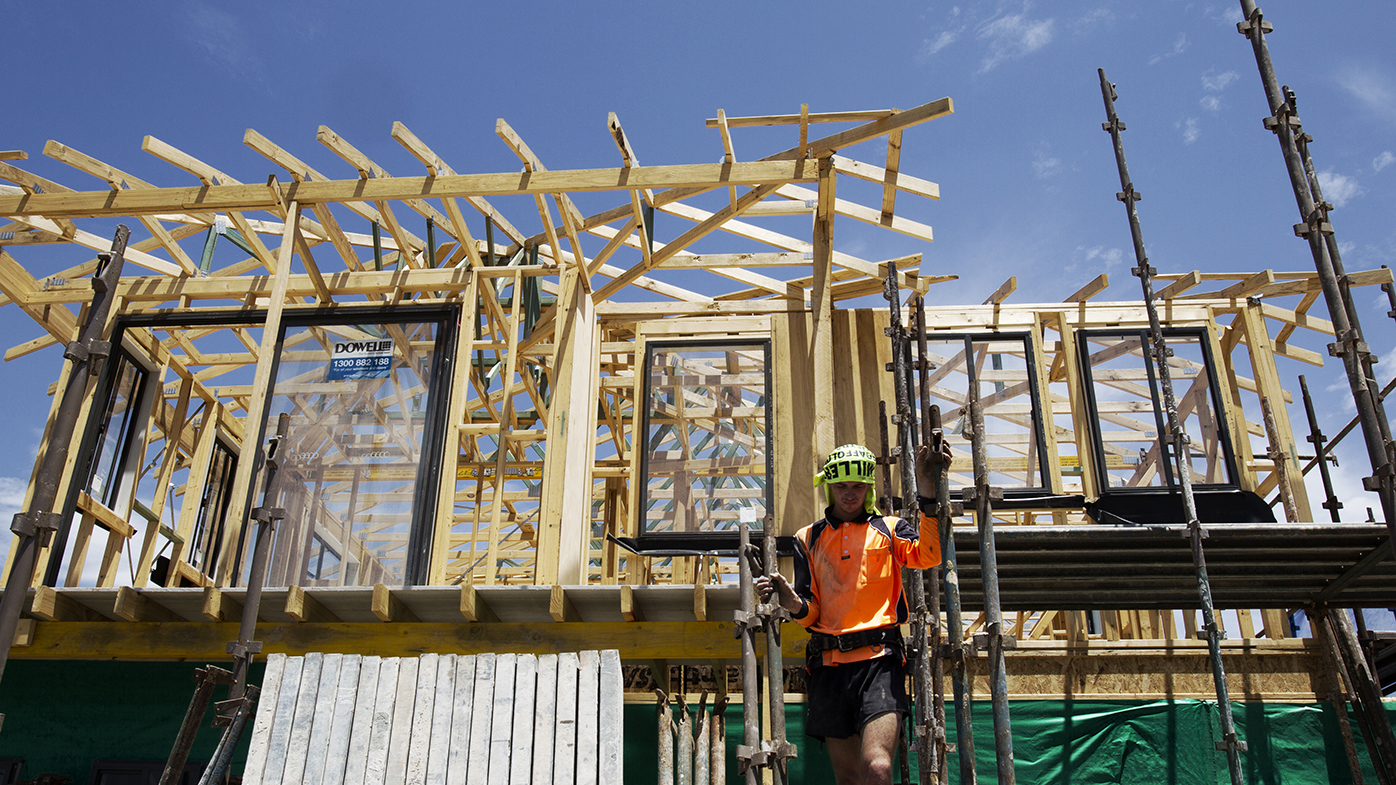 Every sector was down on Thursday except for utilities, with consumer discretionary shares collectively falling 2.0 per cent and mining, telecom and property trusts down between 1.3 per cent and 1.7 per cent.

BHP fell 0.9 per cent to $35.69, Rio Tinto dropped 1.3 per cent to $97.61 and Fortescue Metals retreated 4.2 per cent to $14 after Brazilian iron ore miner Vale received permission to restart production.

Goldminers Newcrest, Evolution and Northern Star were down by between 0.8 and 2.0 per cent.

The red-hot buy now, pay later space continued its run as Splitit soared 108.3 per cent to an all-time high of $1.53 before closing up 108.3 per cent at $1.375 after inking a partnership with Mastercard.

Mr Tadgell said there had been talk that Apple would be accepting Afterpay, and "perhaps that's what's driving it". 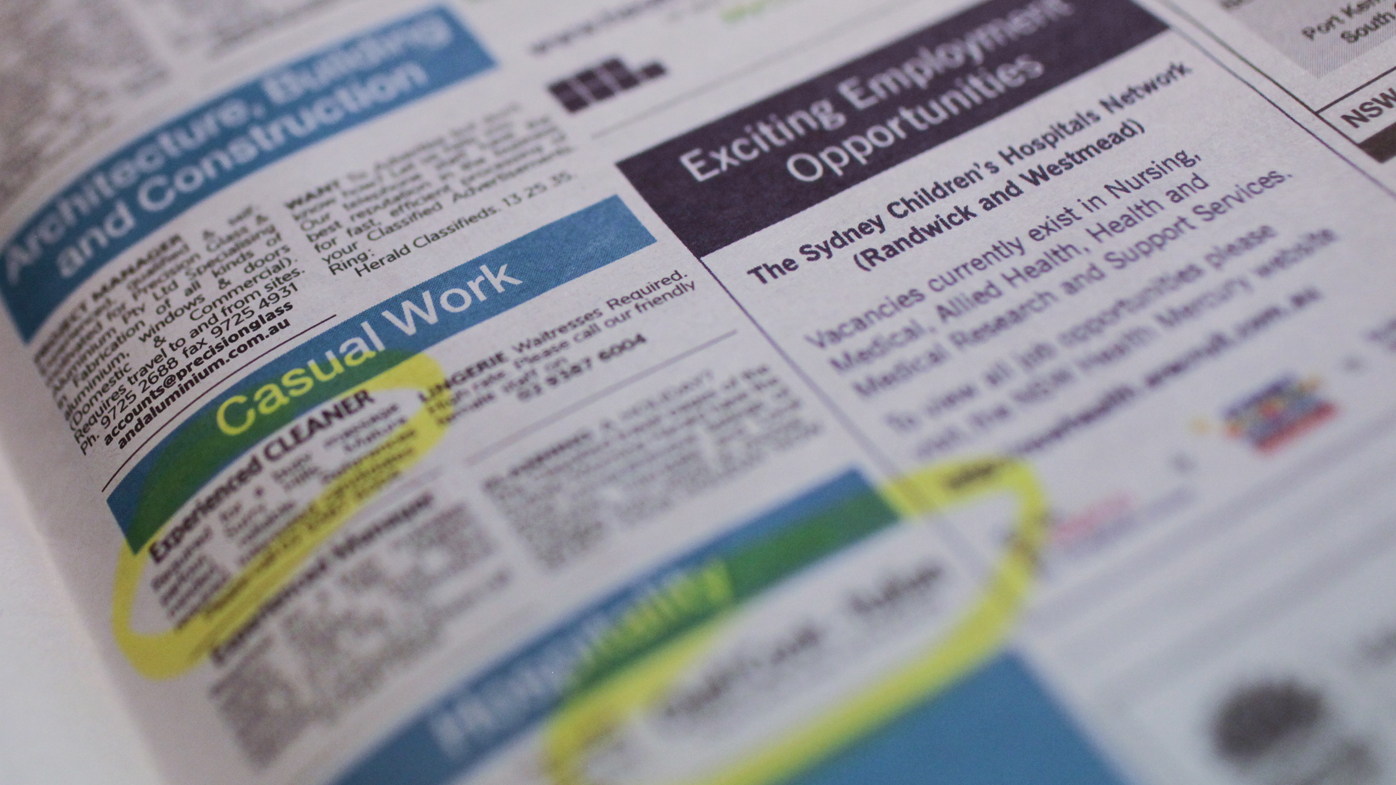 Temple & Webster gained 4.0 per cent to an all-time high of $5.21 after the online furniture retailer reported a 90 per cent increase in second-half revenue as people turned towards internet shopping during the pandemic.

SkyCity gained 3.1 per cent to $2.66 as its shares resumed trading following the NZ casino company successfully raising $A169 million in an institutional placement.

Shaver Shop Group gained 15.3 per cent to 7 1.5 cents after the grooming products chain announced it would issue a special dividend to make up for the dividend that was cancelled at the height of the COVID-19 pandemic.

The Aussie dollar also dropped on the jobs figures, falling to 68.71 US cents, from 69.19 US cents at the close of trade on Wednesday. 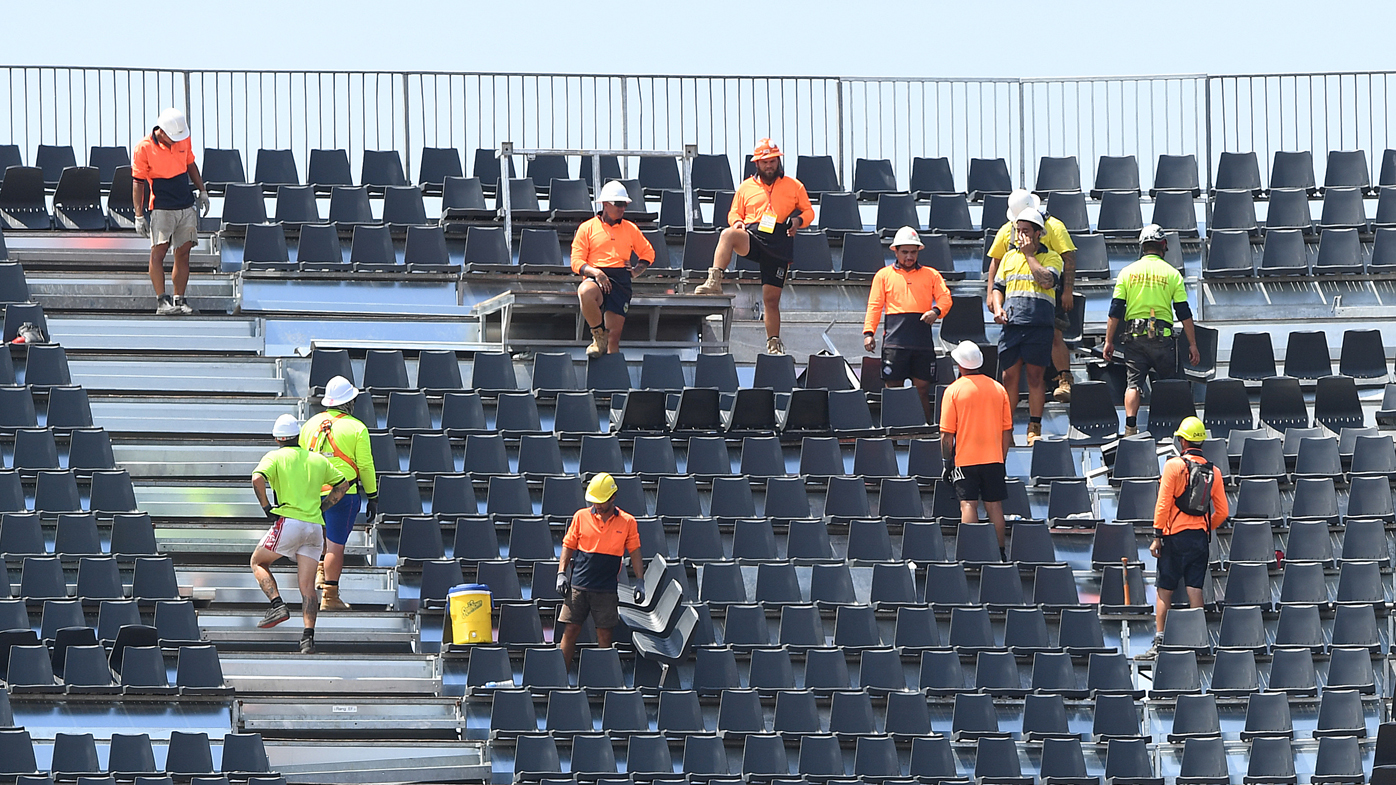