The nephew of drug kingpin Tony Mokbel will not go to jail after winning an appeal for gun and driving offences.

Drug kingpin Tony Mokbel's nephew has avoided jail after winning an appeal against his punishment for gun and traffic crimes.

Anthony Mokbel will be allowed to serve his sentence in the community but has been warned he won't be getting any more chances.

The 24-year-old son of Tony Mokbel's brother Horty appealed an eight-month jail term for keeping an unregistered and loaded .32-calibre revolver in his suburban Melbourne bedroom and driving multiple times while suspended. 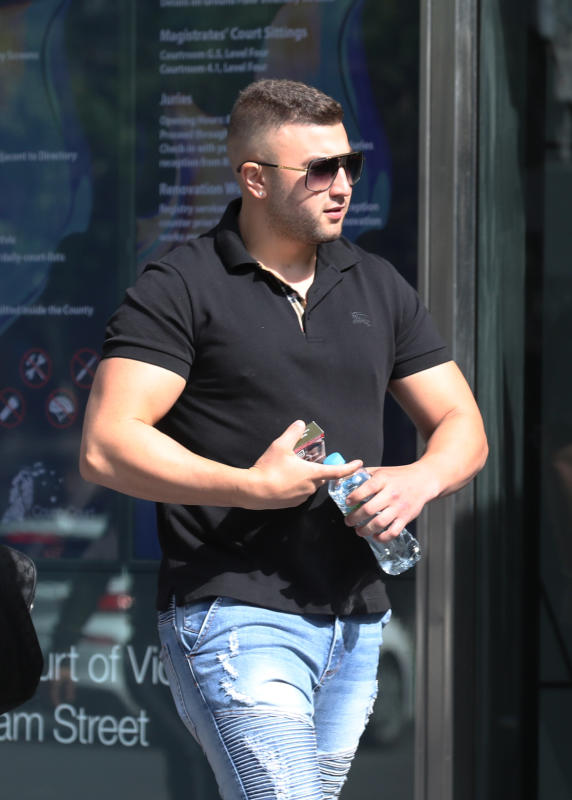 County Court Judge Michael Tinney on Friday found Mokbel's crimes were not serious enough to warrant jail and instead placed him on an 18-month community correction order.

"Breach this order and you go to prison."

It came after Mokbel's barrister Lee Ristivojevic argued her client had bought the gun for protection and drove four times while suspended in August and September last year because of his job as a labourer.

Mokbel was jailed in October for the driving offences and after a police search of his home uncovered the unregistered gun and a small amount of cannabis.

He was also charged for refusing to give officers the security codes for two mobile phones they seized at the property.

Ms Ristivojevic said Mokbel had pleaded guilty at the earliest opportunity and had learnt his lesson.

He could not go to jail because he was primarily responsible for mortgage repayments on his parents' home, the barrister said.

She also railed against "inflammatory" media coverage of the Mokbel family and unsuccessfully tried to get an order prohibiting media reporting on part of the appeal.

It came after Mokbel's psychologist told the court previous press attention had led to him to being beaten so badly he suffered seizures.

Ms Ristivojevic also failed to get Judge Tinney to recuse himself from the appeal, on the grounds his brother and fellow judge, Andrew Tinney, had been involved in cases against other members of the Mokbel family.

Judge Michael Tinney on Friday acknowledged the intense media scrutiny on Anthony Mokbel because of his surname, but said this was irrelevant to the appeal.

"You've not been charged because of your name. You've been charged with offences because you've committed them," the judge said.

"What story would we be reading in the Herald Sun or the Age (about this) but for your name.

Judge Tinney also cut a $1000 fine handed to Mokbel for cannabis possession in half, noting the original penalty fell outside the maximum available for the offence.

Mokbel must perform 250 hours of unpaid community work as part of his community correction order and cannot commit any more offences.

The judge also banned him from for driving for three months until May. Mokbel's previous 12-month licence suspension had been due to expire in April.