Two women have been charged after a row about toilet paper in a western Sydney Woolworths allegedly turned into a brawl.

Two women have been charged after a row about toilet paper in a western Sydney Woolworths allegedly turned into a brawl.

Three women got into a heated confrontation over a trolley laden with many rolls of paper. 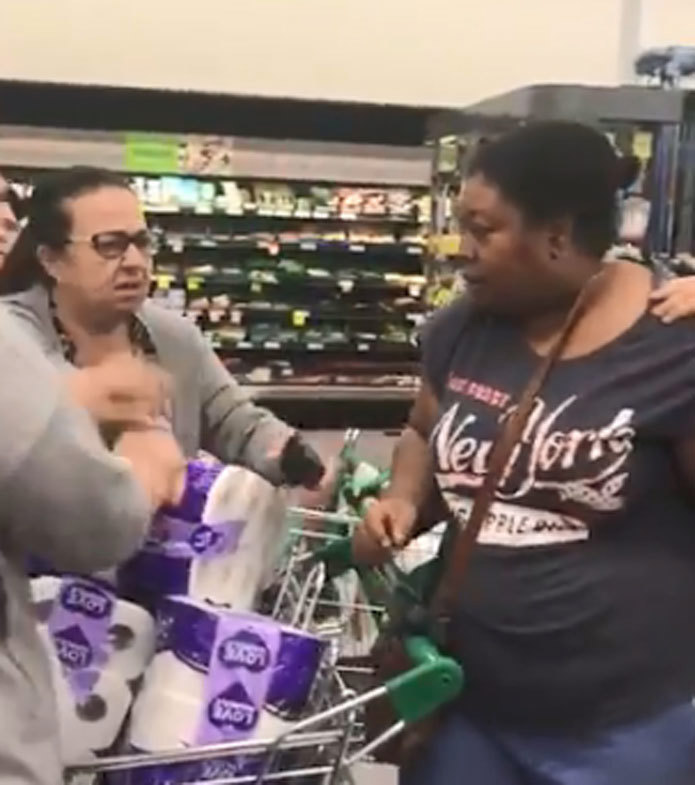 Police say two women, aged 23 and 60, have been charged with affray.

They say a 49-year old woman who was allegedly assaulted wasn't injured.

The pair will appear at Bankstown Local Court on Tuesday 28 April.

The fight began soon after the supermarket opened in the suburb of Chullora on Saturday morning.

One shopper filmed the incident.

"I just want one pack," one of the woman shouts.

A staff member then rushes in to separate the women before calling the police.

"Look what you're doing. You're fighting over tissues," another staff member said. 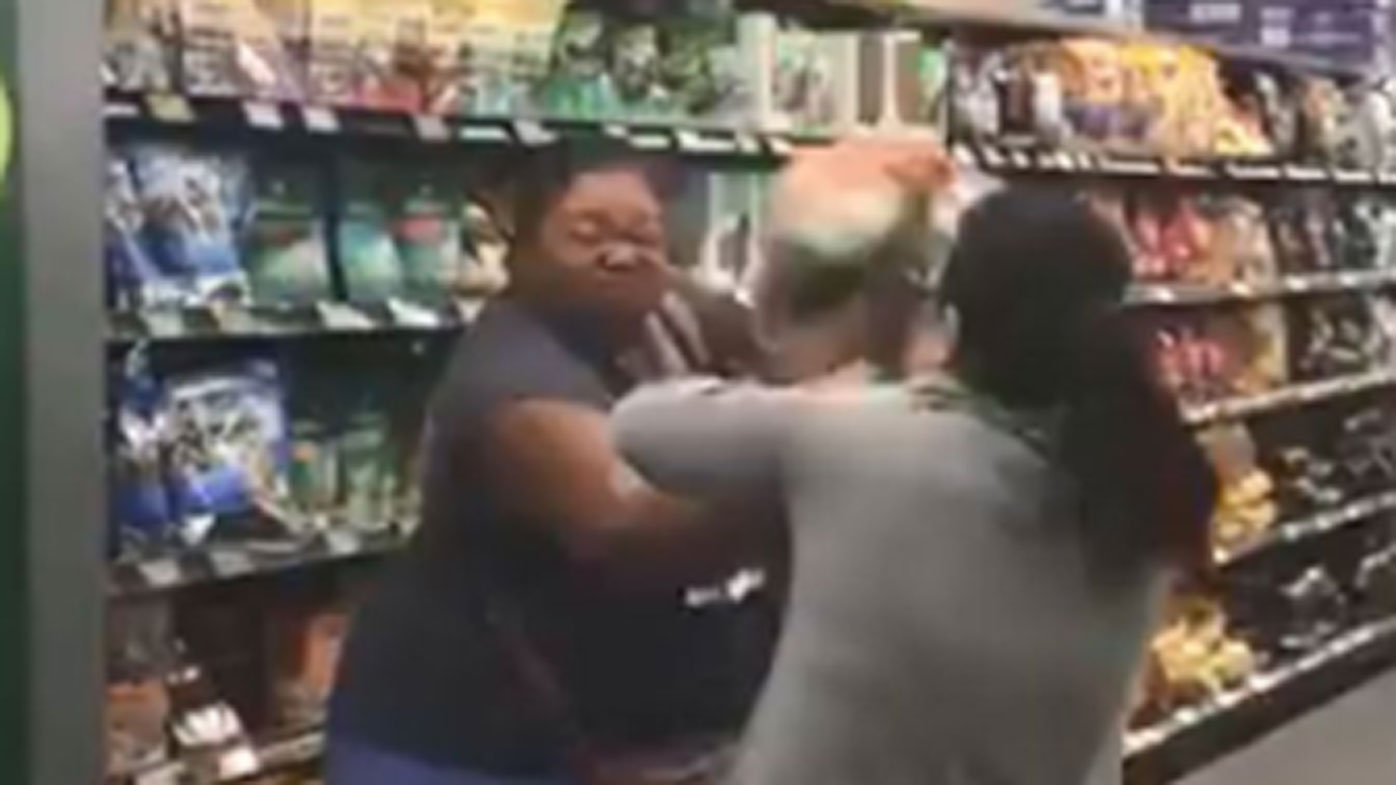 No arrests were made but the women were later interviewed by police.

"It's just bad behaviour by people that are panicking, and there's no need for that panic," he said.

"It's not the Thunderdome. It's not Mad Max. We don't need to do that."

Act. Insp. New said behaviour of this nature would not be tolerated.

"We can confirm an incident involving customers at our Chullora store in Sydney earlier today," a Woolworths spokesperson said. 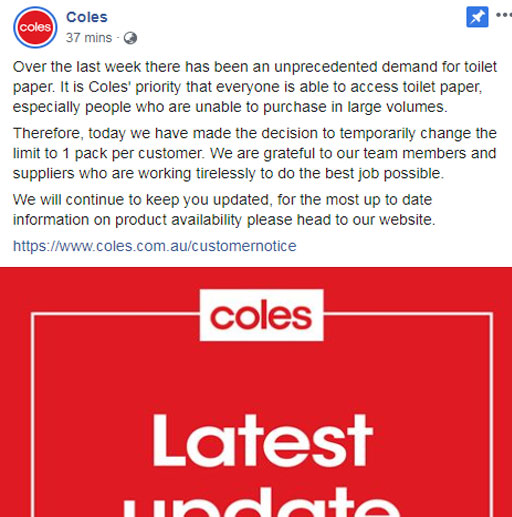 "We will not tolerate violence of any kind from our customers in our stores and we are working with police who are investigating the matter."

Woolworths and Coles placed a four-pack limit of toilet paper after concerns over coronavirus sparked panic buying across the country.

Coles today lowered that limit to one.

There is little evidence to suggest a pandemic will have any notable impact on toilet paper stocks.