After weeks in hiding in South Africa, Maesaiah Thabane has been charged with the 2017 murder of Lesotho’s previous first lady — her husband’s previous wife — Lipolelo Thabane.

Maesaiah Thabane, the first lady of the tiny mountain kingdom of Lesotho, always knew how to make an entrance.

After weeks in hiding in South Africa, allegedly helped by a recently appointed spokesman who snuck her away in a government-issue car, Thabane crossed back into Lesotho last Tuesday, passing a phalanx of security forces, and promptly handed herself over to special police.

Later that evening, crown prosecutors charged Thabane with the 2017 murder of Lesotho's previous first lady -- her husband's previous wife -- Lipolelo Thabane, and the attempted murder of another woman. 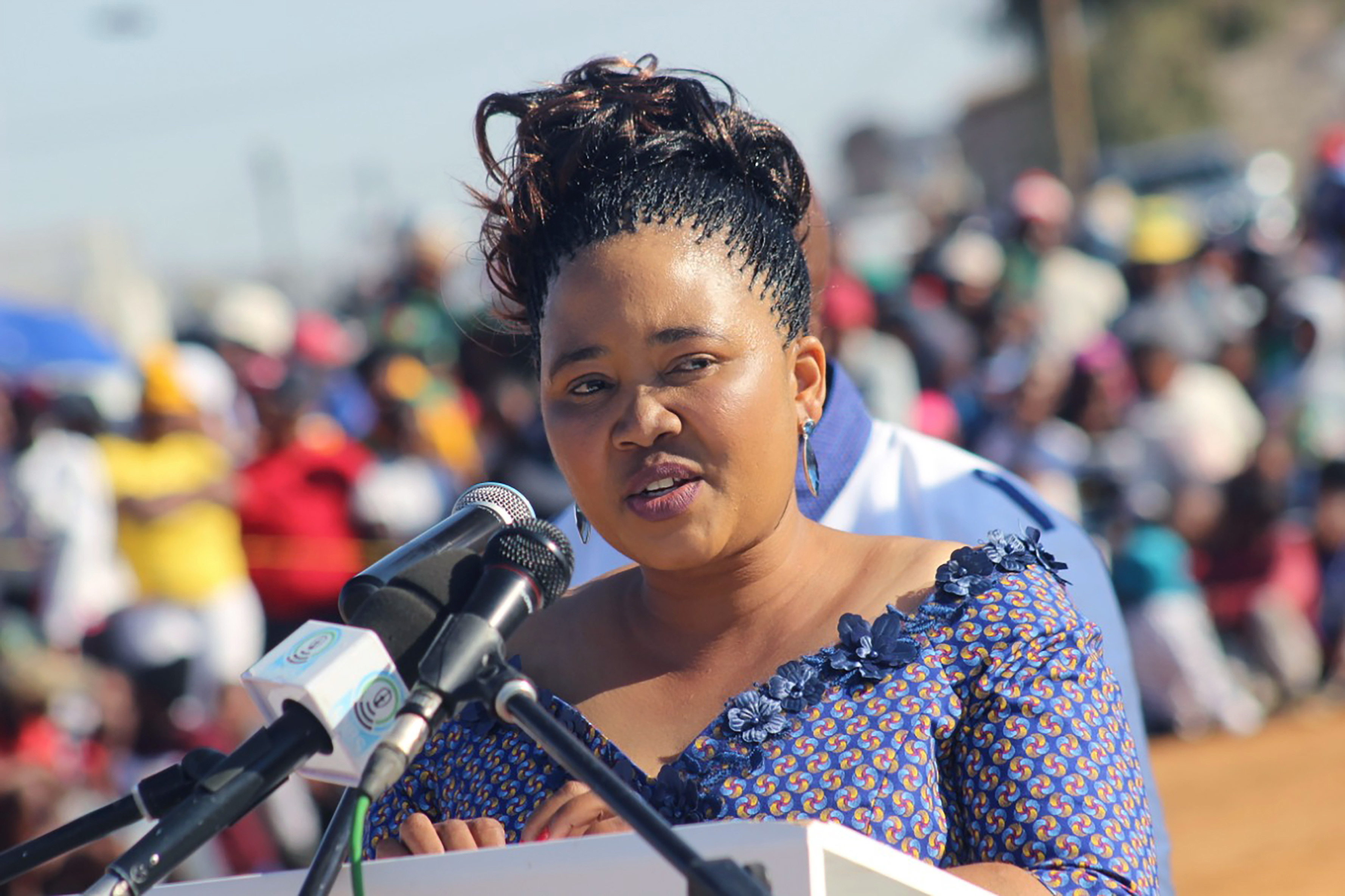 Maesaiah Thabane was taken into custody.

The shocking details of the case have gripped this country of fewer than 2 million people, which is entirely surrounded by South Africa, forced the Prime Minister Thomas Thabane to promise his resignation and opened the lid on the murky power politics that have long dominated Lesotho's culture.

A funeral, then a wedding

Unknown assailants gunned down Lipolelo Thabane outside her house in June 2017, just two days before her estranged husband was inaugurated for his second term as PM.

The couple had been separated for some time, but had never formally divorced, and a court had ruled that Lipolelo should keep the benefits and perks that came with the position of first lady.

Her murder paved the way for Maesaiah, who had been in a relationship with the Prime Minister for several years, to take on that role.

And it didn't take long: Less than three months later, the couple were married in a Catholic ceremony at Setsoto Stadium in Maseru. The soon-to-be first lady made the Prime Minister, who is nearly four decades her senior, wait in the sun on the stage for about two hours.

READ:  Jessica Rowe thanks bus driver after being pulled from burning car The local press wrote about Maesaiah's striking cream and gold wedding dress, her late arrival, and the marching bands, but there wasn't a whisper about the murder.

"When the wedding had happened, my mother had died. It was a whirlwind. It was surreal -- it was like I was watching a movie," Nkoya Thabane Hlaele told CNN.

Thabane Hlaele is the daughter of the Prime Minister and was raised by the murdered first lady. A senior advocate, she is unwilling to talk about the merits of the case but wants the law to take its course.

Rarely out of the spotlight

After the initial shock of Lipolelo Thabane's murder, the public heard little about the murder investigation, and efforts to find her killers.

Late last year, a selfie-video of the couple singing a duet circulated on social media. Dressed in bath robes in an upscale bedroom, the Prime Minister reluctantly joins her in singing the hymn "He rena Matla" or "We are Powerless."

The irony wasn't lost on the Basotho, who recreated and shared the scene in their own videos as parodies.

But controversy was never far from the new first lady. She became embroiled in a court case involving an employee accused of stealing from her charitable trust -- the man later vanished from his police cell and has yet to be found.

There were other scandals, too. After a traffic accident in Maseru, Thabane went to the hospital to visit the other driver and got into a physical altercation with a relative.

READ:  What Is #ChallengeAccepted On Instagram About? Here's The Story Behind It

The allegations of murder may never have surfaced were it not for an attempted power play by the Prime Minister late last year.

Lesotho's Police Chief Holomo Molibeli was heading the investigation into the former first lady's murder when the Prime Minister tried to force his resignation.

In response to his potential sacking, Molibeli went to court and, in doing so, revealed an explosive letter that he had written to the Prime Minister. 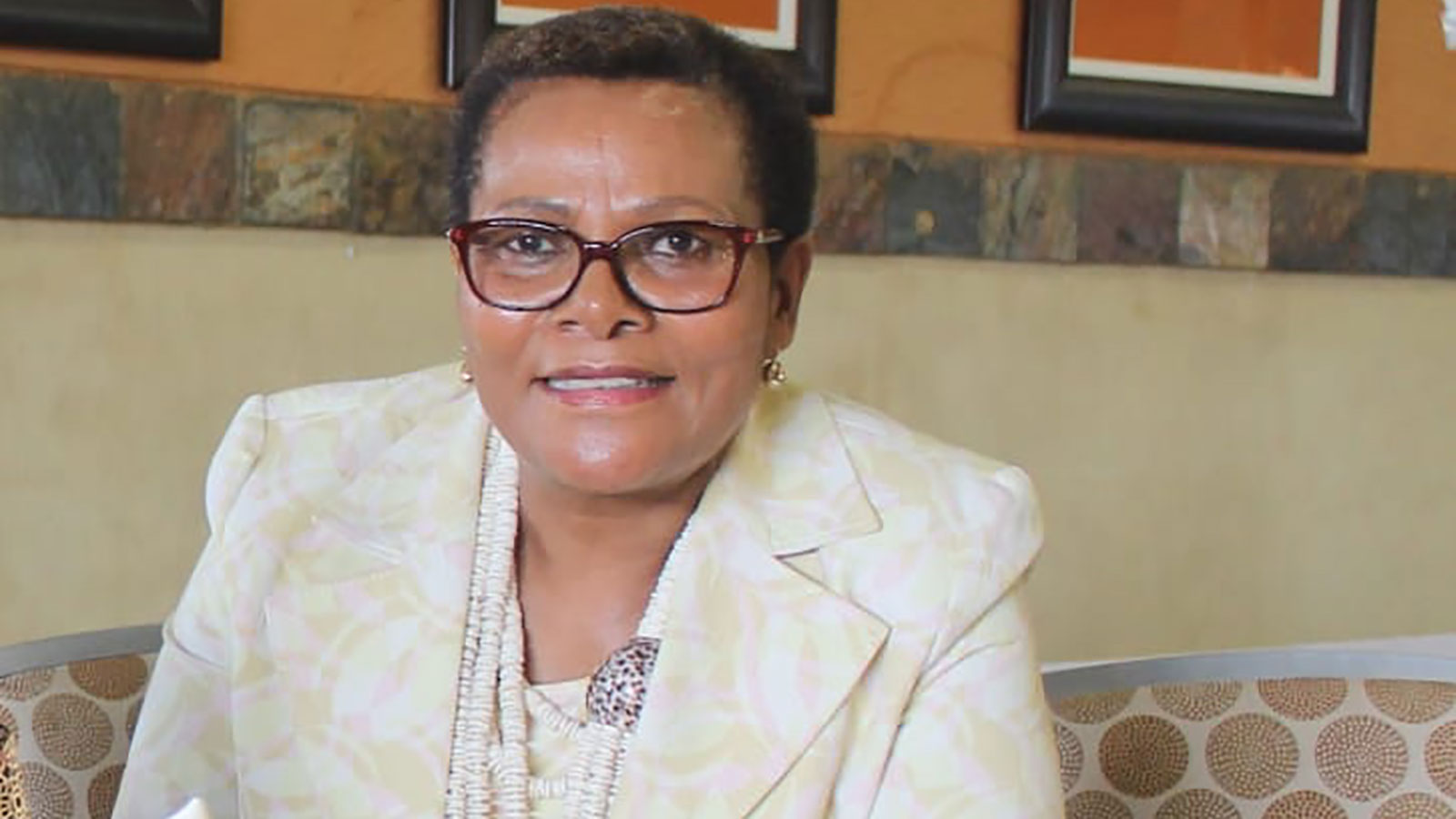 In the letter, he states that the Prime Minister's mobile phone was used in a call to a person at the scene of the crime "at the time of the assassination". Chief Molibeli has asked the Prime Minister to explain who he was talking to and about the subject matter.

"The investigations further indicate that the aforementioned mobile phone number belongs to you," reads the letter.

"We have asked for the assistance of [the] Federal Bureau of Investigations (FBI) from the United States of America," he claims.

The Prime Minister has been questioned by police, but he has not been charged in the case.

Neither the Prime Minister or his wife have made any public statements regarding the murder.

It is not known whether any such assistance has been given, but what is clear is that the letter sparked rapid developments in Lesotho, the repercussions of which are still being felt.

Molibeli kept his job, but the Prime Minister faced immediate pressure to step down, with his own ruling party declaring that he was unfit to lead.

Thomas Thabane fled the country during an attempted coup in 2014, only to regain power. He has now said he will retire but has not said when he will do that.

On January 10, the police issued an arrest warrant for the first lady when she failed to show up voluntarily for questioning in Maseru. It was at some point around that time that she fled the country.

She is yet to submit a plea to the charges against her.

Police say that eight other suspects will be charged over their links to the case, although their names have yet to be made public -- including the spokesman, who prosecutors say aided and abetted the first lady as she fled to South Africa.

The first lady was swiftly granted bail of 1,000 Loti or about $67, without the prosecutors having their say -- a highly unusual move.

But when and if the case comes to trial, observers believe that prosecuting sordid allegations against one of the most powerful figures in Lesotho will be a stiff test of judicial independence.