Much of Australia’s east coast is expected to be hit with strong thunderstorms today.

Much of Australia's east coast is expected to be hit with strong thunderstorms today with a trough bringing unseasonal warm winds to other parts.

Melbourne may see storms during the early morning with a passing trough. Severe thunderstorms are a chance in Queensland (mainly southwest), NSW (stretching from the northwest, south through Central West and into the Riverina), and northeastern Victoria.

Thunderstorms may reach Sydney during the evening, most likely after 7pm.

Troughs over southern WA, the Top End and northern Queensland are also causing showers and storms.

Here's the weather across Australia on Monday, September 21, 2020.

Canberra also has a possible thunderstorm, with a low of 8 and top of 25.

Melbourne has a possible thunderstorm on the way, with a low of 15 and top of 20.

There's a warning for severe weather and damaging winds for Central, East Gippsland, North Central, North East and West and South Gippsland. Winds will ease rapidly from the west this morning, dropping below warning threshold in the west in the early hours, and in the east later this morning. Locations which may be affected include Mt Baw Baw, Falls Creek and Mt Hotham. 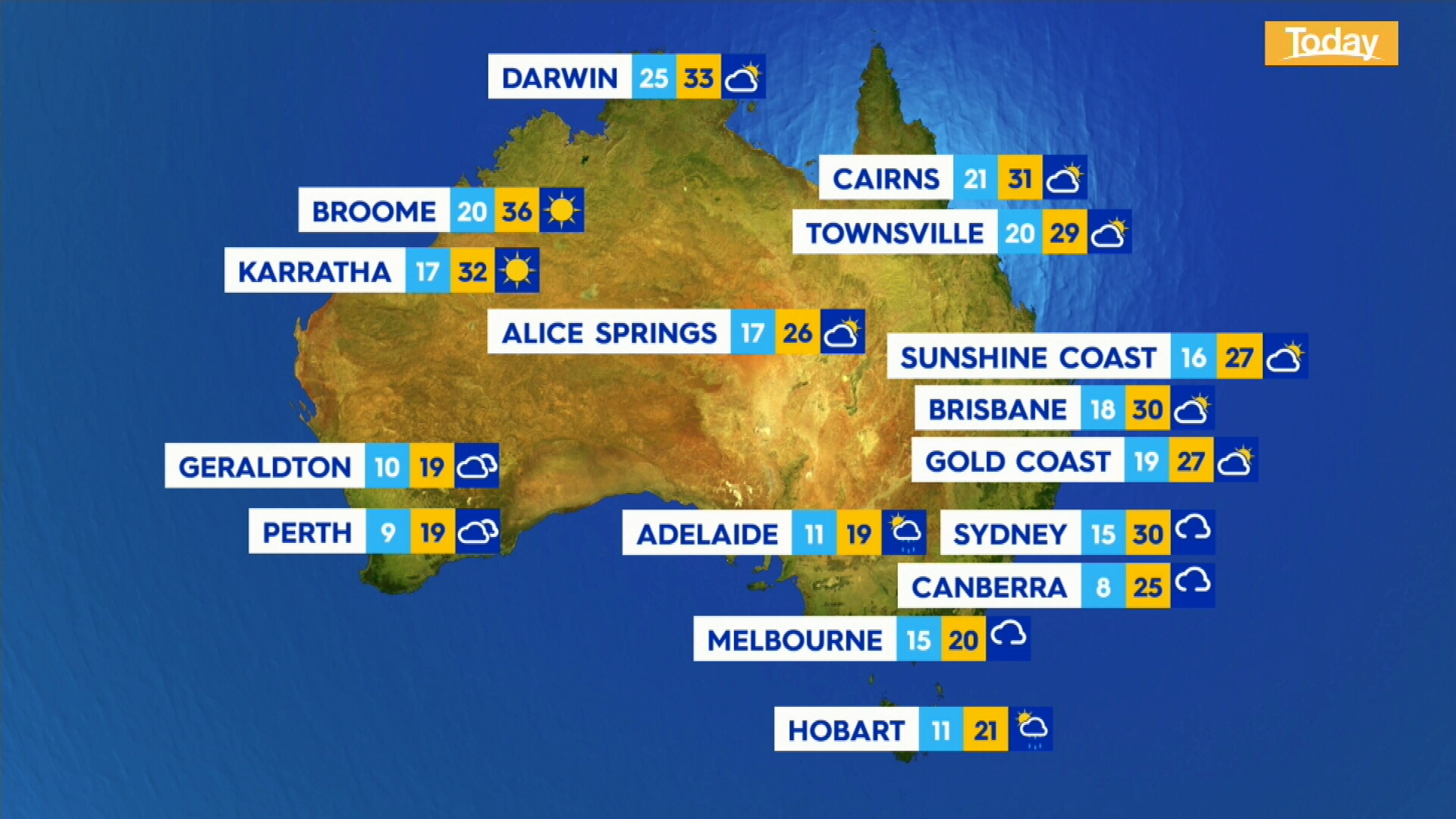 Adelaide will be windy with showers, and see a low of 11 and top of 19.

Darwin will be mostly sunny, with temperatures ranging from the mid 20s to low-to-mid 30s.

There's a warning for possible minor flooding at Stonehenge this afternoon. Flood waters caused by recent localised heavy rainfall are expected to move into the Thomson River from the Vergemont Creek. Further showers and thunderstorms are possible this afternoon and evening.

READ:  Coronavirus In Australia: 'The Worst Is Yet To Hit Us' Says NSW Premier