Memphis Francis arrived in Brisbane this afternoon on a chartered flight by charity Angel Flight, running across the tarmac into the arms of his mum for the first time in months.

A three-year-old Queensland boy has been reunited with his parents after being trapped in New South Wales for two months.

Memphis Francis arrived in Brisbane just before 2pm today on a chartered flight from Griffin by charity Angel Flight, running across the tarmac into the arms of his emotional mum Dominique Facer.

Young Memphis had been staying with his grandparents in the Riverina region of south-west New South Wales when Queensland slammed its border shut in July. 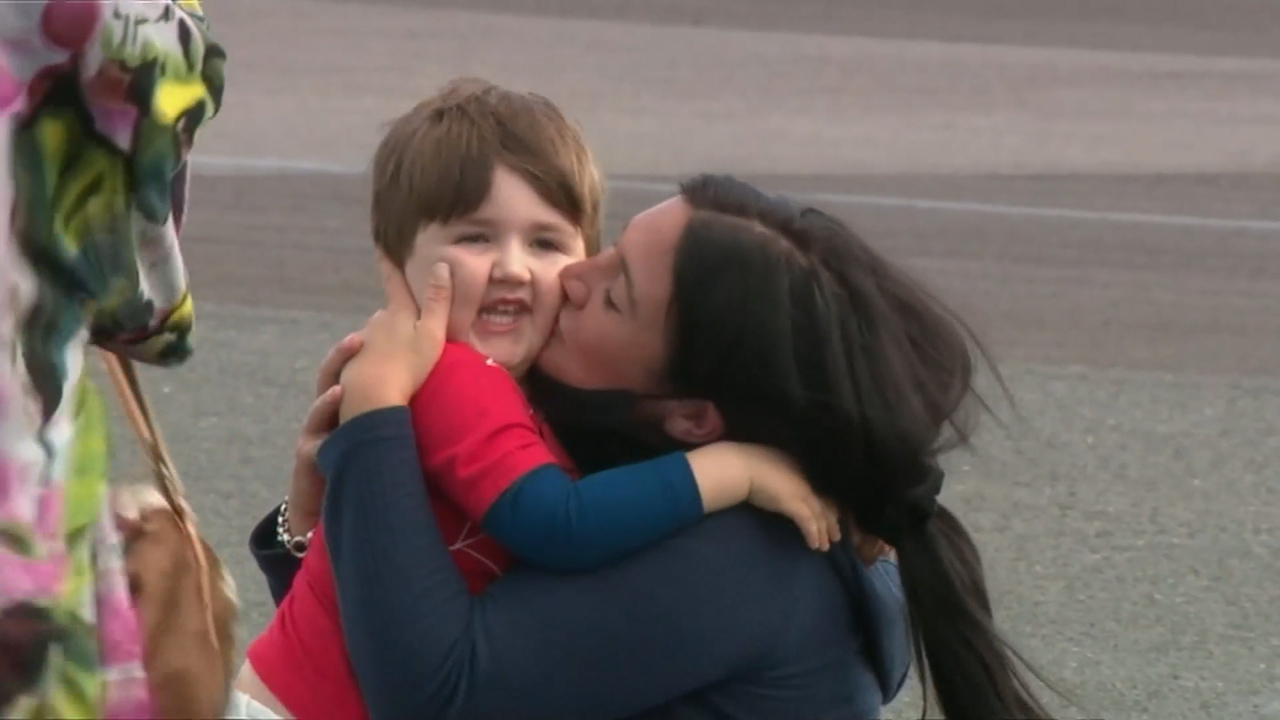 COVID-19 border restrictions meant the three-year-old could not return home to his mum and dad in Hervey Bay until he was granted an exemption by Queensland Health yesterday.

Ms Facer told Today health authorities had told her an exemption would not be approved as it didn't fall into compassionate grounds.

However, Chief Health Officer Dr Jeanette Young yesterday said the family had not applied for an exemption, and one had been granted as soon as Queensland Health became aware of the family's situation.

The Facer family will have plenty of time to catch up, required to spend the next 14 days in home quarantine.