The three victims of the Kenosha riot shootings, including a 26-year-old volunteer medic involved in the Black Lives Matter protests, have been identified.

The three victims of the Kenosha riot shootings, including a volunteer medic involved in the Black Lives Matter protests, have been identified.

The shootings, which left two men dead and another injured, came amid heated protests over the police shooting of Jacob Blake, a 29-year-old Black man.

The first victim, 26-year-old Anthony Huber, was identified by friends and family as being the man shot in the chest after trying to disarm the suspected shooter with a skateboard. 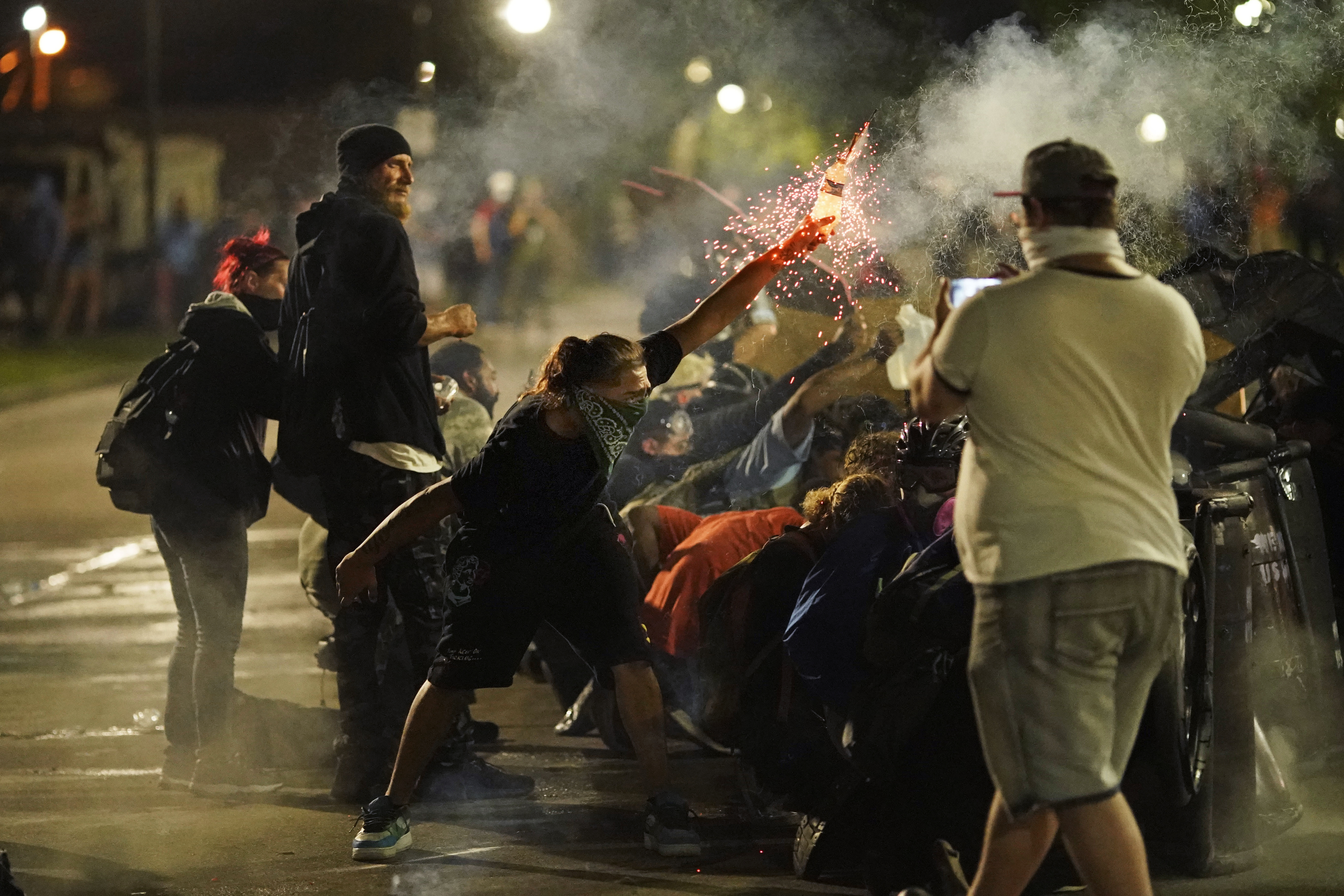 "He was one of the most amazing people," she said.

"He had so much love in his heart for this city."

The second man who died after being shot in the head during a confrontation with an alleged vigilante militia teen has been identified in Facebook tributes as local dad Joseph Rosenbaum, 36, the Milwaukee Journal Sentinel said.

"May you forever be with the angels and rest easy bro. I love you!" his sister wrote on Facebook.

The third victim, who survived after being shot in the arm, has been identified as 26-year-old Gaige Grosskreutz. 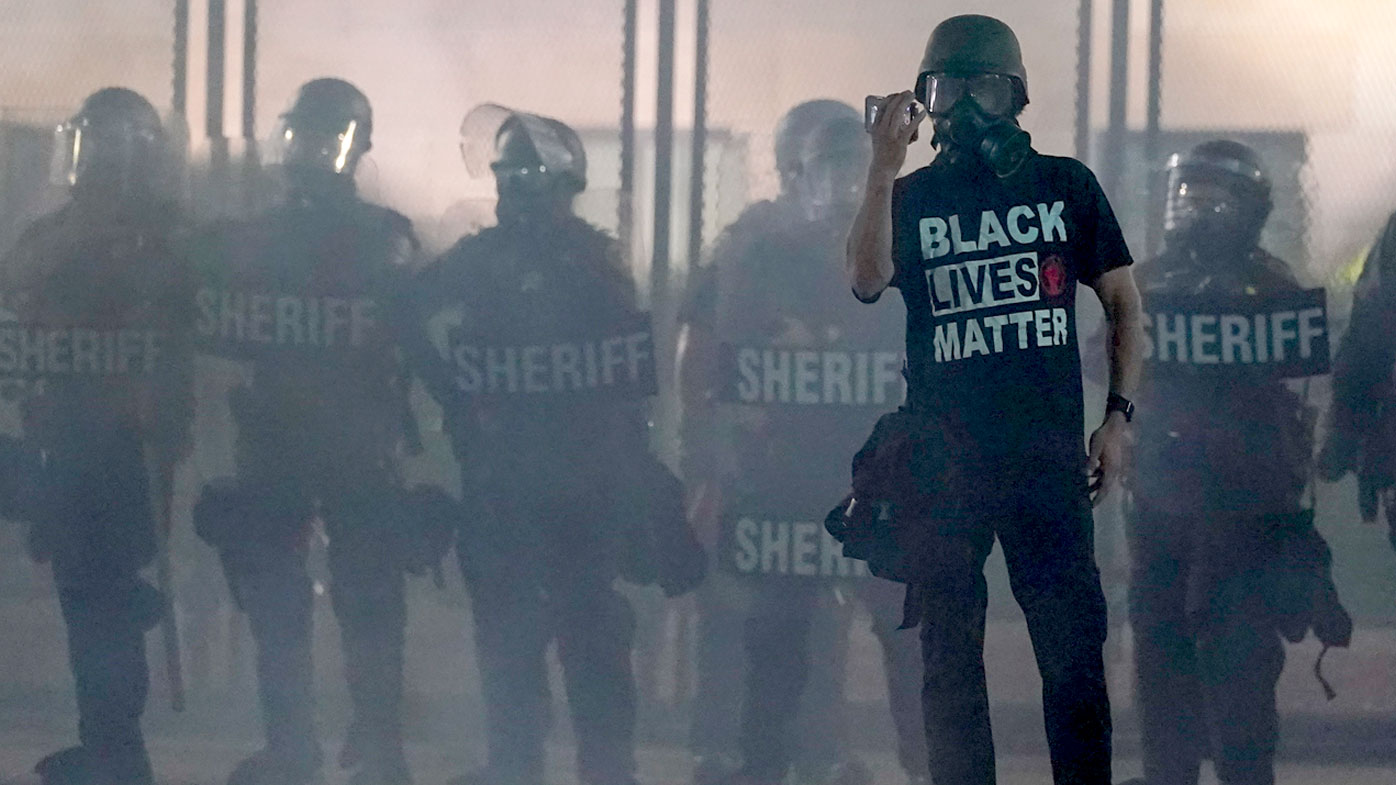 His identity was released by a local radical "social justice group" called the People's Revolution, the Journal Sentinel said.

Mr Grosskreutz, who was filmed screaming in pain after being shot, was a volunteer medic for Black Lives Matter protests in Milwaukee, friends told TMJ4.

He was hospitalised but survived his injuries.

"Gaige has been consistent and stayed steadfast with the protests even to this day," Khalil Coleman, who has been leading the Milwaukee protests for the group, told the station, calling him a "caring person".

Since his arrest on Wednesday, the Antioch, Illinois, teenager had been charged with first-degree intentional homicide, Antioch Police said. 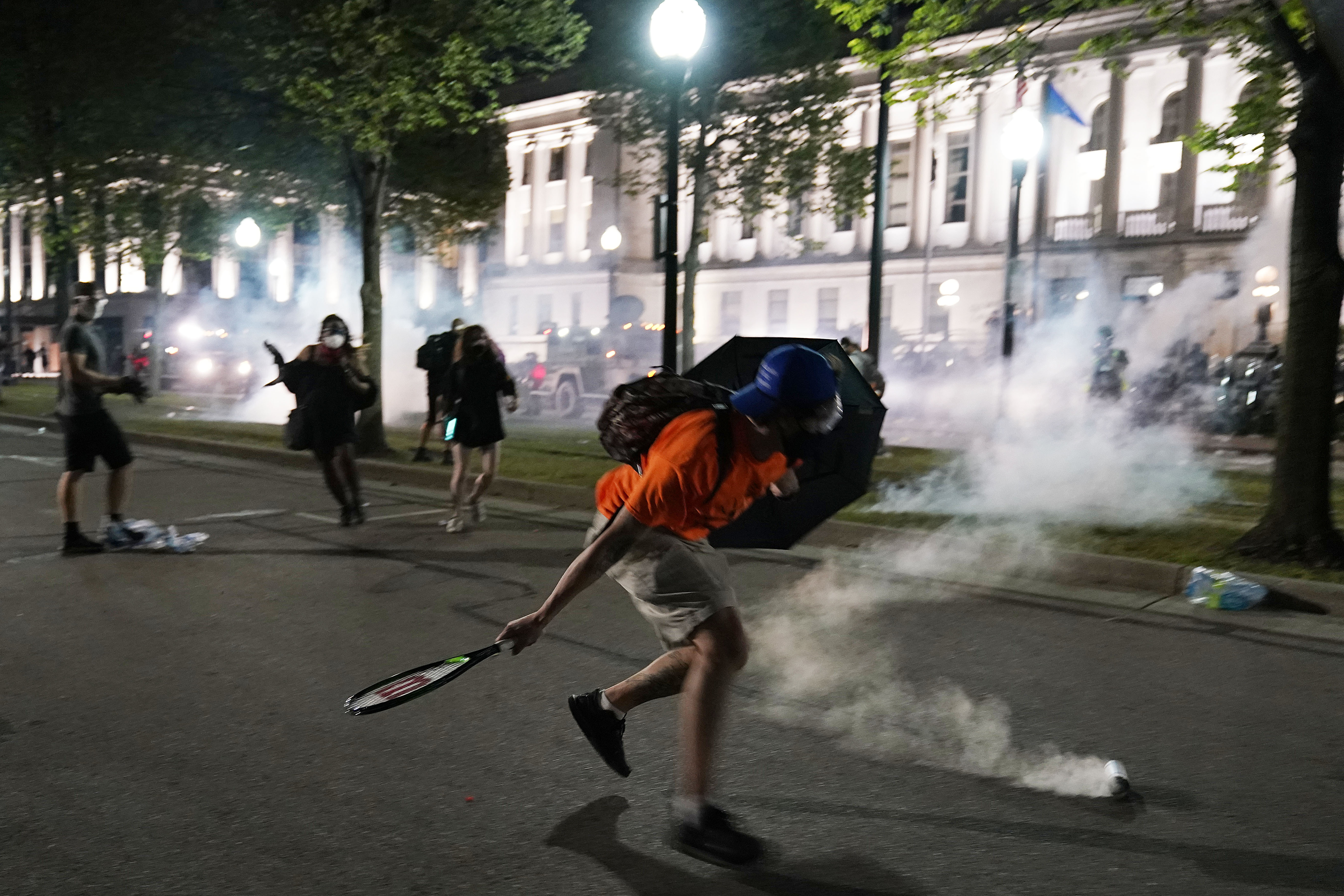 Court records show he's also being charged with possession of a dangerous weapon while under the age of 18, which is a misdemeanor.

The teenager is a former member of a youth police cadet program with an affinity for guns, according to police and online profiles.

In Grayslake, Illinois – about 16km from Antioch and 48km from Kenosha – Police Chief Phillip L. Perlini said the suspect in the shooting was a former Public Safety Cadet.

That program is described online as offering youth the opportunity to explore careers in law enforcement. 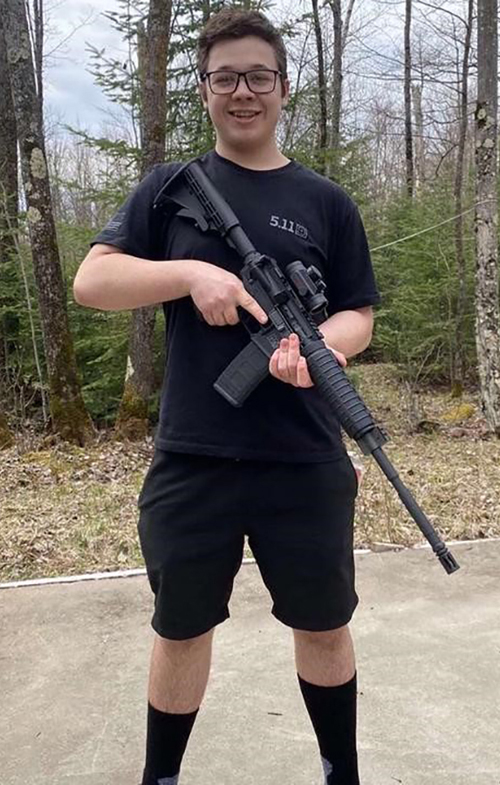 Due to the person's age and state law, the chief said the department couldn't comment further.

The teenager was arrested on Wednesday and charged with first-degree intentional homicide, Antioch Police said in a news release.

He turned himself in at the Antioch police headquarters, police said.

Social media accounts believed to belong to the suspect portray a young White man with an affinity for guns who supports "Blue Lives Matter" and President Donald Trump.

A video posted on a Snapchat account believed to belong to the suspect placed him at the scene of protests on Tuesday night.

The clips show a few seconds of the point of view of someone carrying a long rifle and police announcements can be heard over loudspeakers.

In videos posted to a TikTok account, individuals can be seen taking part in target practice and assembling a long rifle.

Mr Rittenhouse also posted a short video from a Trump rally earlier this year in Des Moines, Iowa, on one of his TikTok accounts.

Mr Trump is not shown in the video.

Departing Trump adviser Kellyanne Conway responded to reports of Mr Rittenhouse's attendance at a Trump rally, saying that the White House is "not responsible for the private conduct of people who go to rallies".