Three people have died – including one shot by police – and a woman is fighting for her life after a series of stabbings in Melbourne’s east.

The man who stabbed to death two people and left a woman in critical condition before being shot dead by police in Melbourne had feared he was being hunted by ISIS.

Details of the 34-year-old offender's background have emerged as police continue their investigation into last night's killings as well as the man's attack on two Protective Service Officers.

Victoria Police Commissioner Graham Ashton said the man, from Roxburgh Park in Melbourne, had no links to terrorist organisations but had visited two police stations to report an ISIS group based in Mildura was out to kill him.

Detectives had established the offender had no criminal record or bail condition but had two intervention orders taken out against him by his estranged partner and child. Both are safe and well. 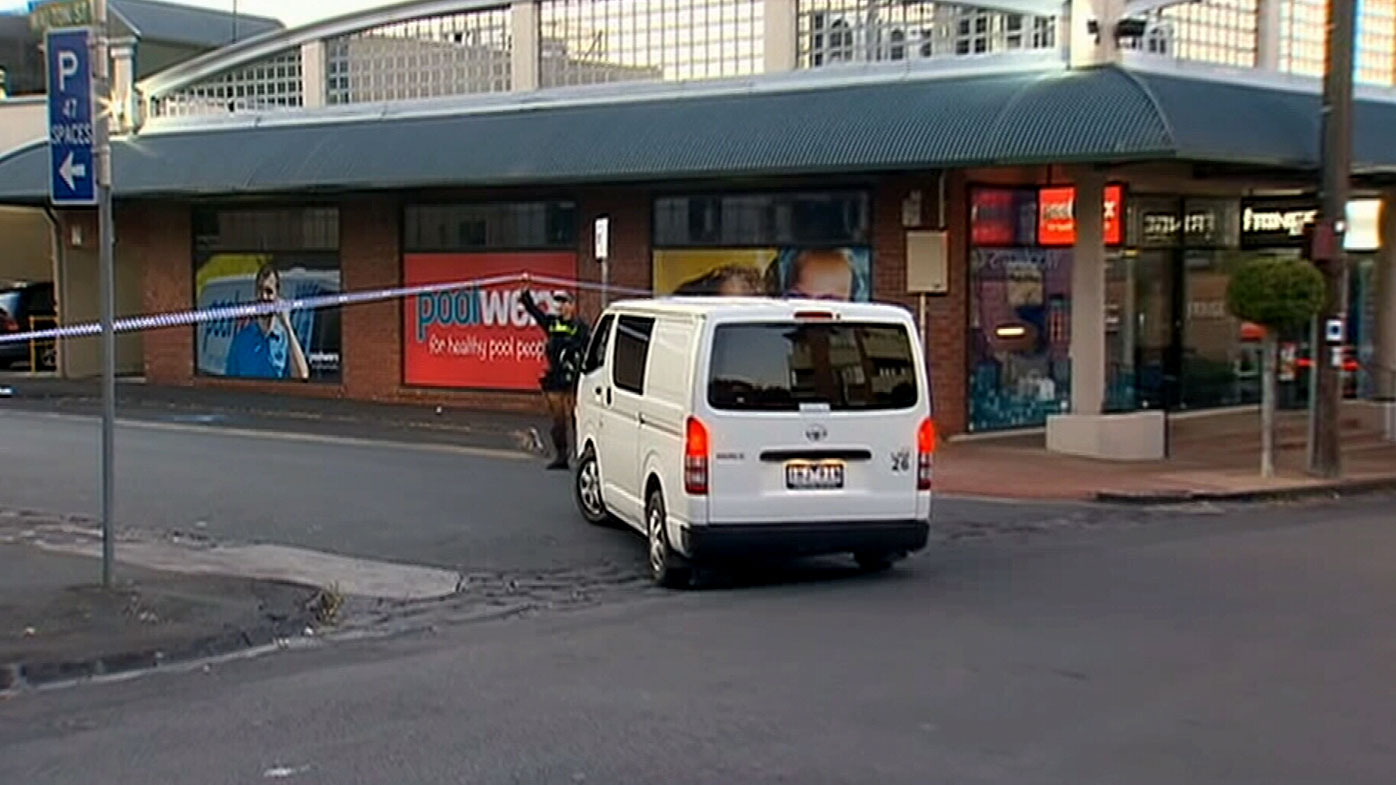 Police say the "random act of senseless violence" appears to have started about 10.40pm.

The offender - who was carrying two large kitchen knives and a swtichblade - approached two PSOs at Jolimont rail station, near the MCG, asking for directions.

He slashed one across the cheek and arm before running from the scene and taking a train to Glenferrie station, near Hawthorn.

At about 11.15pm, he started talking with two women - aged 30 and 31 - getting out of their vehicle at Coppin Grove before stabbing them.The 30-year-old victim died at the scene, 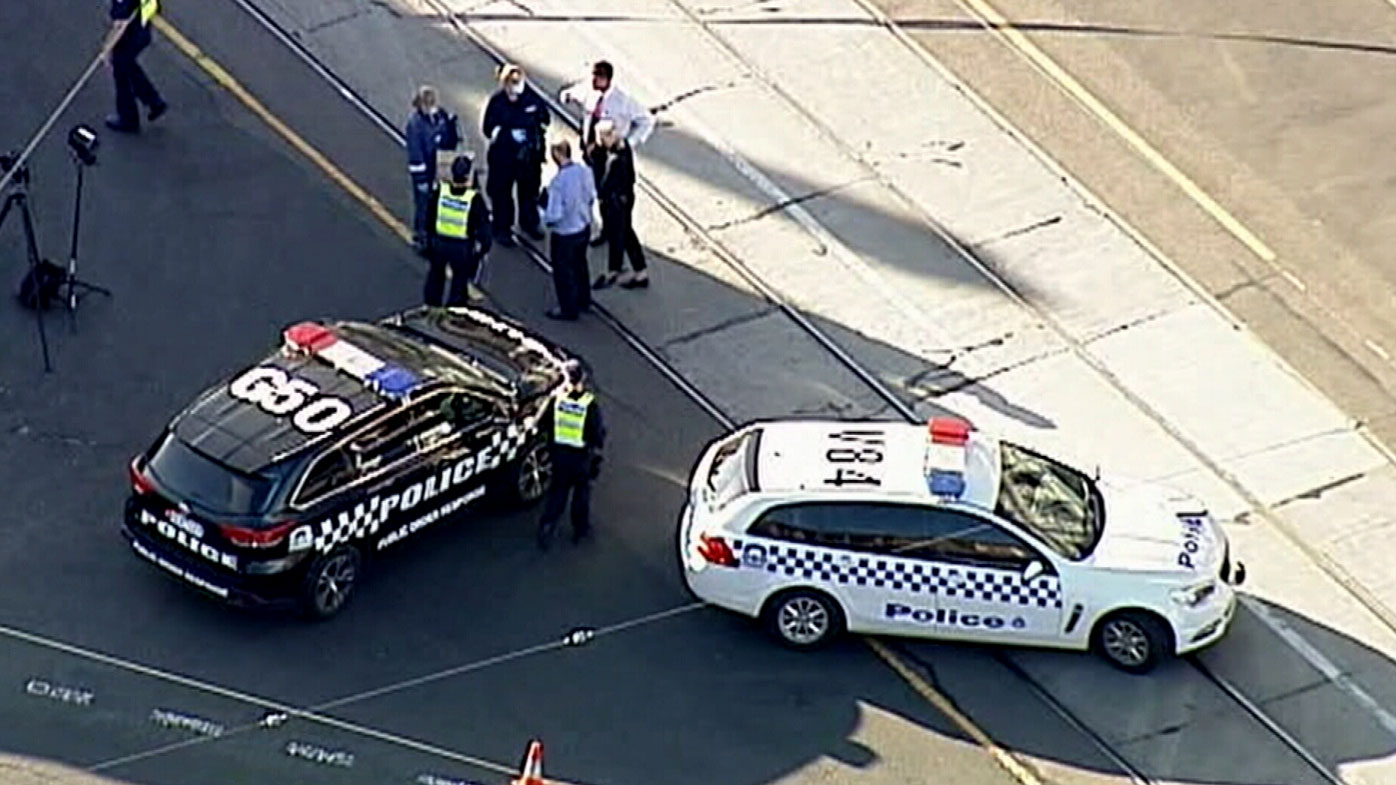 Paramedics called to the scene took her injured companion to hospital, where she is in critical condition.

Police were then called to reports of a man stabbed near a tram stop in Kew about 12.15am.

That man, 59, died in hospital, while the offender was spotted by police a few hundred metres away, in Walton Street. 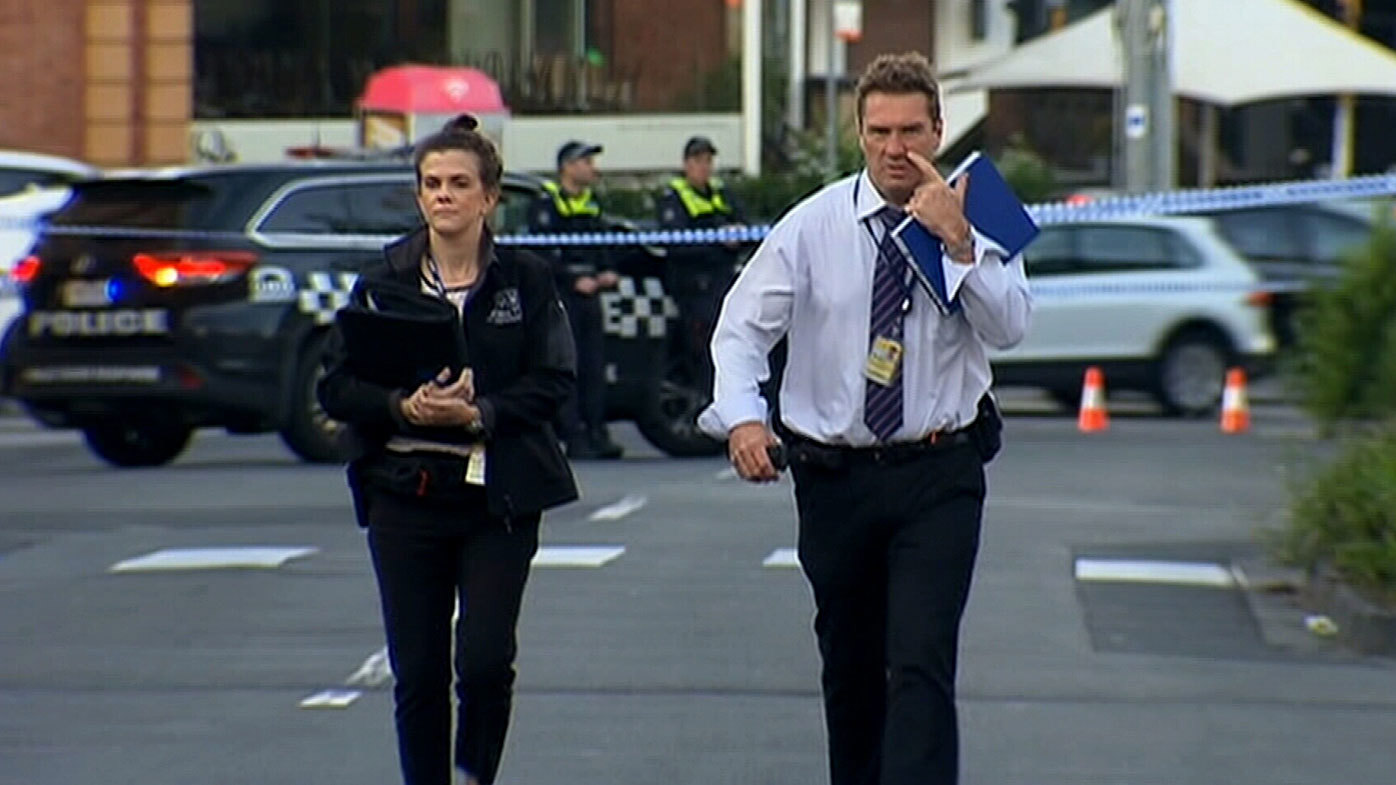 Police had called on the suspect to surrender before he was shot.

Witnesses or anyone with information should call Crime Stoppers on 1800 333 000 or visit https://www.crimestoppersvic.com.au/.