A child is among six fire-related deaths announced today in the US as out-of-control blazes continue to ravage multiple states.

A child is among six fire-related deaths announced today in the US as out-of-control blazes continue to ravage multiple states.

The child fell victim to the Cold Springs Fire in northern Washington, according to the state Commissioner of Public Lands Hilary Franz.

"My heart breaks for the family of the child who perished in the Cold Springs fire. I am devastated. The (Department of Natural Resources) family is devastated. The pain that family is going through is unfathomable," she wrote on social media.

The death is the first due to a wildfire in the state.

READ MORE: More than 85 fires raging on US west coast 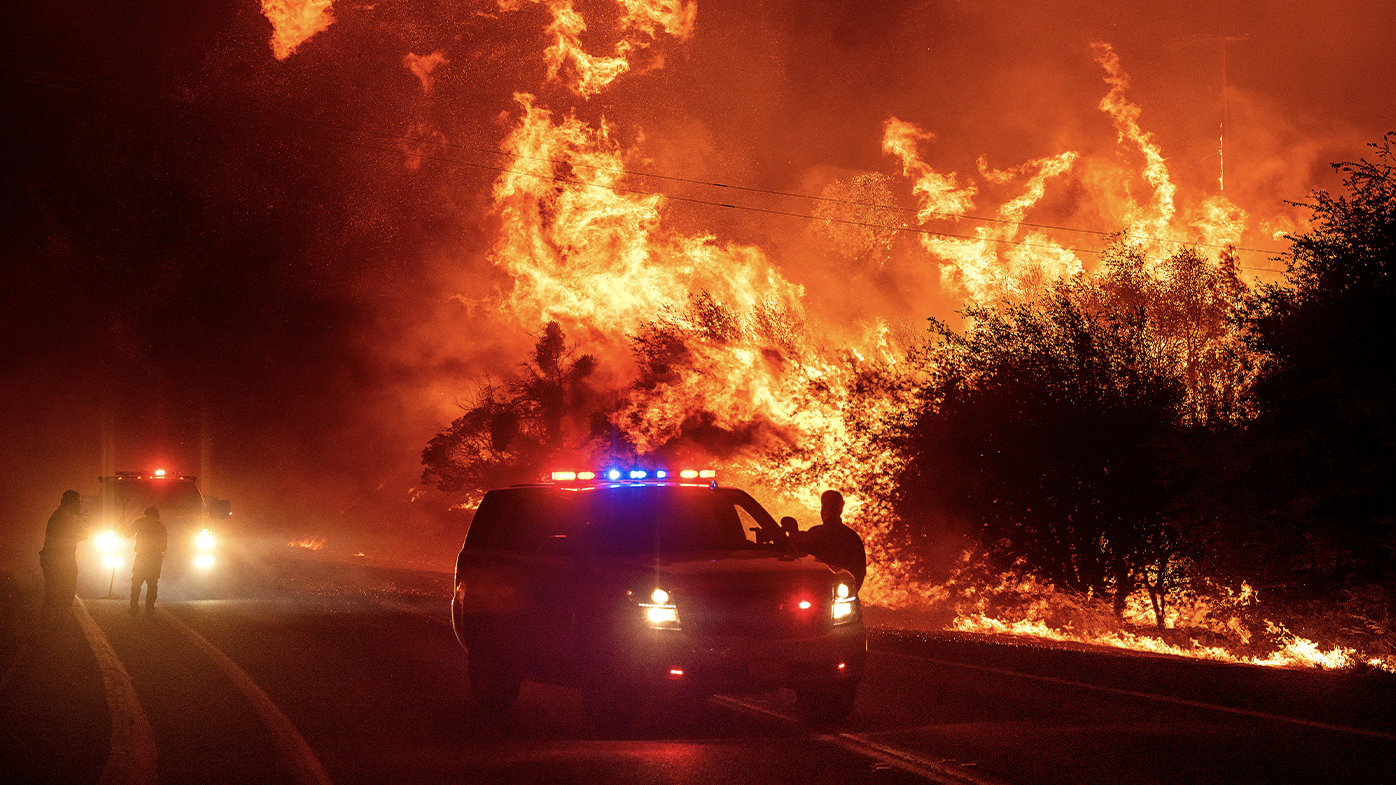 Two relatives of the child are both critical in intensive care at Harborview Medical Centre in Seattle and are suffering from burns, a hospital spokeswoman told CNN.

Authorities were still in the process of recovering the remains, he said.

Wednesday's deaths bring the state's total of fatalities for this fire season to 11.

In Oregon, two people were killed as a result of the wildfires in Marion County, Sheriff Joe Kast said.

"We also fear that this is not going to be the only folks we'll find deceased up there," Kast added.

"This could be the greatest loss of human lives and property due to wildfire in our state's history," Ms Brown said. 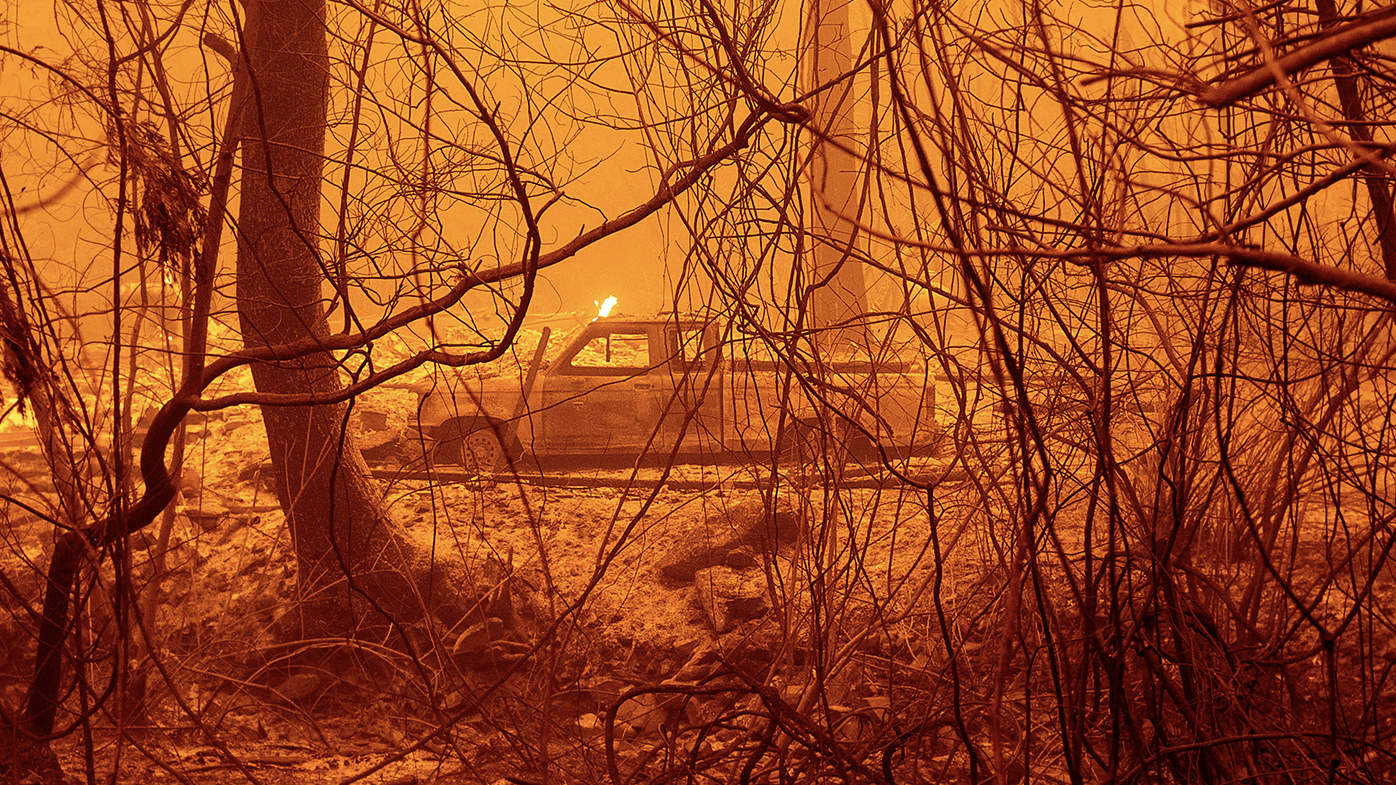 "We are not getting any relief from the weather conditions," Ms Brown said.

"Winds continue to feed these fires and push them into our towns and cities."

She said five towns had been "substantially destroyed".

The governor didn't provide specifics on how many homes were lost, but emergency management officials said more than 470,000 acres are burning.

In Oregon, at least 14 large fires burned Wednesday, according to the National Interagency Fire Centre (NIFC). 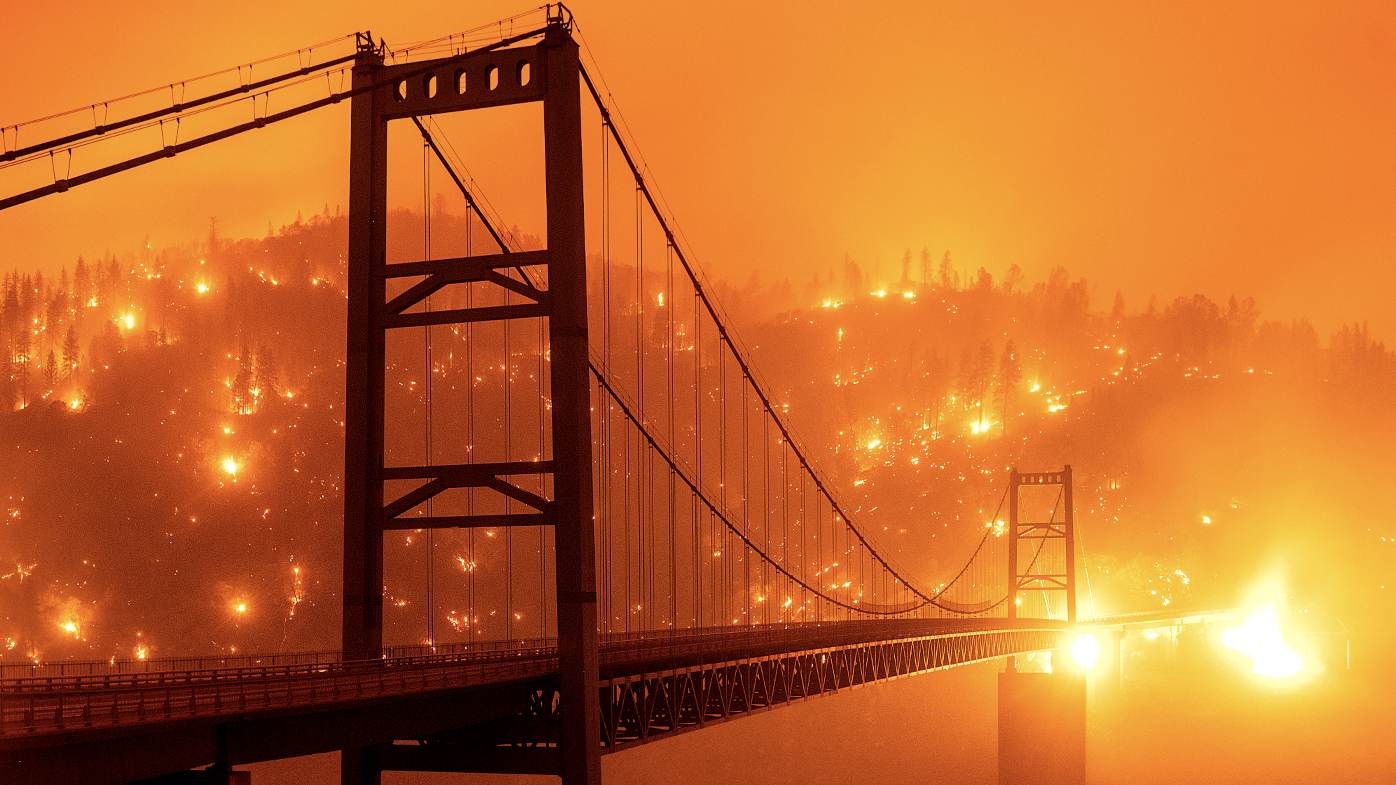 California officials say people should be ready to evacuate

Thousands more people in Northern California should be prepared to evacuate if called upon - including Oroville and part of the town of Paradise - because one of the state's many major wildfires was burning in their direction, authorities warned.

Oroville is a city of 20,000 people some 100km north of Sacramento. Just north of Oroville is Paradise, one of the communities devastated by 2018's deadly Camp Fire.

"It's very smoky and snowing ash but no fire in town yet," said Dan Sauvageau, who lives near Paradise.

The Butte County Sheriff's Office issued evacuation warnings, meaning people should be prepared to leave if ordered, for Oroville and one south-eastern portion of Paradise, saying they could come under threat by the North Complex Fire, one of the 10 largest fires in state history.

That fire is a group of merged blazes that have burned more than 250,000 acres in Plumas National Forest since a lightning storm sparked them August 17.

Smaller communities near the fire were under mandatory evacuation areas Wednesday, the sheriff's office said.

In California, about two dozen major wildfires are now raging in a year that already has seen 2.5 million acres charred. That's a record for the Golden State for one year, and four months remain in the fire season, Cal Fire said.

Hot, dry and windy conditions are fuelling numerous wildfires across the US West - including Oregon and Washington - and weather conditions may make things worse.

As of Wednesday night, areas home to more than 10 million people in Washington, Oregon and California were under red flag warnings. These warnings caution that conditions likely to start or spread fires - strong winds and dry conditions - were imminent or happening.

For the country as a whole, the number of fires recorded and the acreage burned in 2020 are below the 10-year average for the same period, according to National Interagency Fire Centre. A total of 41,147 fires have been reported so far this year, while the average number of fires through September 9 over the past 10 years is 43,915, the NIFC says.

The total acreage burned since the beginning of 2020 is nearly 4.7 million, compared with the 10-year average of 5.7 million acres at this point of the year, the NIFC said.