Most years, the Beaufort Sea is freezing over by November and a busy season of polar bear viewing is winding down in the Arctic. As the ice takes hold, the flow of tourists slows to a trickle in the Inupiaq village of Kaktovik on the northern coast of …

Most years, the Beaufort Sea is freezing over by November and a busy season of polar bear viewing is winding down in the Arctic. As the ice takes hold, the flow of tourists slows to a trickle in the Inupiaq village of Kaktovik on the northern coast of Alaska. Its two unassuming hotels grow quiet and wilderness guides like Robert Thompson pull their boats onto dry land.

“We used to have 1,500 people a year coming to see the bears,” said Thompson, an Inupiaq local who leads polar bear tours around Kaktovik and rafting trips through the nearby Arctic National Wildlife Refuge.

But not this year. “Because of the virus, local people don’t want them,” he said.

Kaktovik, population 293, sits alone on the edge of Barter Island. There are no roads connecting it to the rest of the world. The nearest town, Prudhoe Bay, is more than 100 miles west. But residents took no chances with the coronavirus pandemic. When things started looking bad elsewhere, the local council closed the village to non-essential outsiders. As a result, Kaktovik survived the summer without a single case of COVID-19 ― or a single tourist.

“There are few things up in the Arctic to create an economy and the polar bear guiding was one of them,” Thompson said. Without foreign visitors, locals missed out on months of income. Guides who invested in new boats have had to find other means of making payments, and Thompson, who is running out of time to show the world what climate change is doing to this landscape, waits another year. 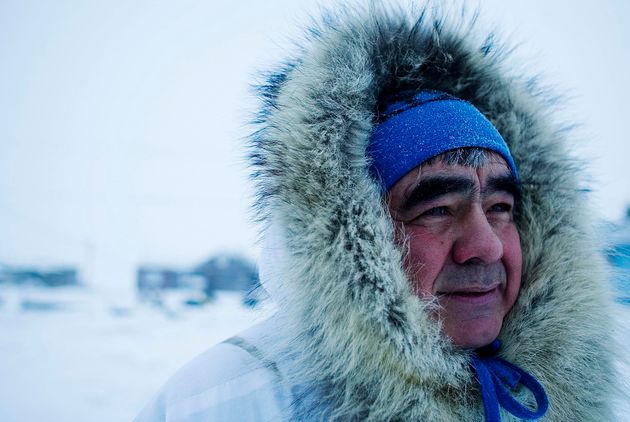 As the pandemic has brought global travel to a halt, communities and conservation efforts that depend on ecotourism are struggling to survive. The added pressure on what was already precarious support for some of the world’s most vulnerable people and places highlights some longstanding concerns about ecotourism as a conservation model.

Loosely defined as tourism that directs funds to protect natural, often threatened environments and the species and communities in and around them, ecotourism is the tourist industry’s fastest-growing sector. And its value to conservation efforts has been growing, too.

Ecotourism fills in the gaps where government funding for conservation is insufficient such as in sub-Saharan Africa, where both government and international assistance money is increasingly earmarked for militarized law enforcement aimed at poaching and the illegal wildlife trade, or in the U.S., where public land appropriations and support for national parks are subject to political whims. It provides the majority of funding for some national park agencies around the world.

In many instances, “the tourism companies contributing funds to conservation were established because government budgets were inadequate and still are,” said Ralf Buckley, an ecologist at Griffith University in Australia who has studied ecotourism extensively.

Some of the world’s most biodiverse regions don’t have the money to protect their biodiversity. Tamarins in Brazil, macaws in Costa Rica, orangutans in Sumatra and wild dogs in southern Africa have all benefited greatly from ecotourism. Buckley’s research looked at 360 threatened mammal, bird and frog species and found that ecotourism funded conservation work that protects two-thirds of their remaining populations and as much as 99% of their natural habitats. 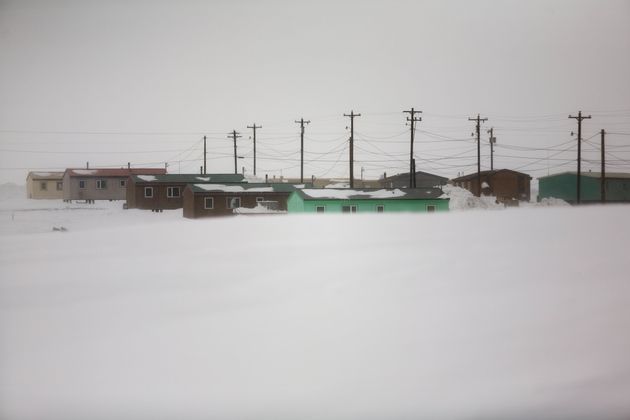 But the pandemic has revealed fundamental flaws in a system that relies on the spending of international travelers.

In a July survey of more than 300 conservationists in 85 countries, 57% said the pandemic has pushed their organizations into financial straits. Many cited a decline in ecotourism as well as the closure of parks and zoos.

“COVID-19 has shown some serious cracks in the ecotourism model,” said Lauren Gilhooly, a primatologist who worked at the Bornean Sun Bear Conservation Centre in Malaysia until the pandemic forced her to return home to Canada. The center is a top attraction, used to welcoming hundreds of visitors a day. Like Kaktovik’s polar bear tours, it offers an up-close look at an increasingly rare species while propping up a local economy. When the pandemic forced Malaysia’s leaders to close the country’s borders in mid-March, the local economy that had grown to depend on the center was left in the lurch.

“The goal for rehab centers is to release animals back into the wild when possible, and that takes an enormous amount of resources,” Gilhooly said. To feed its 43 sun bears ― the world’s smallest bear species, found in the tropical forests of Southeast Asia ― the center buys local bananas, papayas, vegetables and honey. Without revenue from foreign tourists ― who pay six times more at the door than locals ― its operators have struggled to keep the bears fed and its employees paid.

Tourism is a huge provider of income but it’s also the first thing to go when times get tough.Lauren Gilhooly, a primatologist who has worked at a conservation center in Malaysia

While this year’s dwindling number of ecotourists has been a problem for conservation work, there are issues with the industry that predate the pandemic. Eager visitors paying hefty sums to get close to something thrillingly rare sometimes leave a damaging wake.

Tourists can trample foliage, harm coral reefs, interfere with breeding grounds and even transmit diseases — such as COVID-19 — to wildlife. For animals that will eventually be released into an unforgiving world, habituation to humans can be deadly. Meanwhile, the profit potential of tourism can spur new development that degrades and pollutes natural habitats.

According to Buckley’s research, the benefits don’t always outweigh the harms, and ecotourists can end up hurting the populations of the very animals they’ve traveled to admire. 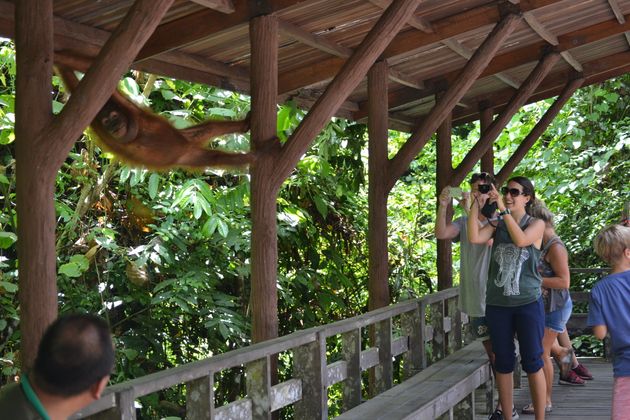 For Indigenous communities, a boom in ecotourism sometimes comes at great expense. In the 1950s and ’60s, Maasai people were pushed off their land to make room for the Maasai Mara National Reserve in Kenya and the adjoining Serengeti National Park in Tanzania, parks that now protect lions, elephants and hippos. Although the influx of foreign travelers seems to have been a boost to the local economy, only a small number of the Maasai have, in truth, profited from it.

Despite its flaws, Buckley maintains that the ecotourism model is a desperately needed source of funding for conservation, especially in biodiversity-rich, financially poor parts of the world.

“Ecotourism has been used as a tool to transfer funds from individuals in wealthy nations to conservation in less wealthy nations. It still works, so why would we abandon it?” he said.

What the pandemic has made clear, though, is the vulnerability of local economies and conservation efforts that rely on a monolithic source of uncertain tourism revenue. And some countries are looking for a more resilient approach.

One solution is already underway in Belize.

Visitors who come to see the country’s ancient Mayan ruins and jaguars in Central America’s largest block of contiguous tropical broadleaf forest bring in $15 million annually. The region’s environmental protections also ensure safe drinking water for a third of the country. But when the bottom fell out on tourism this year, the government launched an ambitious sustainable development plan designed to make the area less vulnerable to economic shocks like pandemics.

The idea is to expand economic opportunities for local communities while still protecting water, natural habitats and biodiversity. The plan calls for investments by the government, non-governmental organizations and private businesses in a mix of sustainable agriculture and forestry, bans on mining and new dams, promotion of scientific research, and efforts to encourage more domestic tourism. 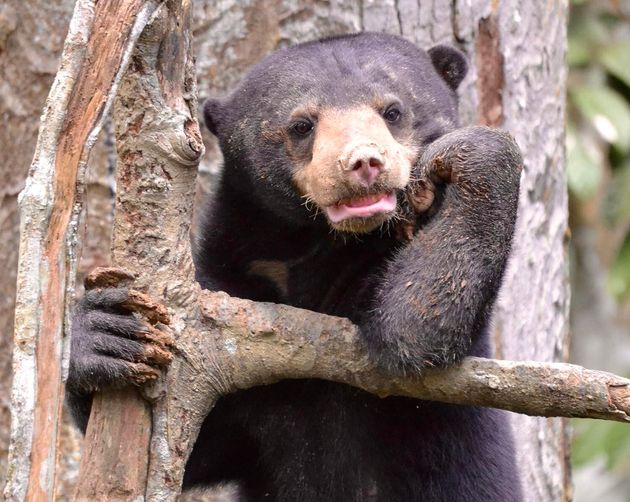 “Tourism is a huge provider of income but it’s also the first thing to go when times get tough,” Gilhooly said, adding that it’s best to assume this could happen again.

Elsewhere, ecotourism has taken an approach that most of us are perhaps too familiar with: virtual meetings. Parks and wildlife centers have fully embraced video streams to hold would-be tourists’ attention from afar. Gilhooly’s colleagues in Borneo offer sun bear sightings through a virtual safari. For those who can’t travel to Kaktovik to tour the frozen Arctic, Polar Bears International hosts a live polar bear feed.

Granted, virtual safaris lack a certain ... thrill, and wildlife centers, zoos and national parks depend heavily on revenue from their gift shops. But these organizations hope their online offerings will bring at least enough income to float them through the pandemic.

The COVID-19 downturn may not fundamentally change ecotourism or fix its shortcomings, said Buckley, but it may help conservationists figure out how to diversify funding sources to survive future shocks. “They kind of know all these things already, but COVID has been a severe stress test. And still is,” he said.

For Thompson, a return to normal can’t come soon enough. Decades of guiding have shown him the power of firsthand experience with nature. Twenty years ago, foreigners showed up outside the hotel in Kaktovik asking to see polar bears. He started by offering them a ride in his truck, then his boat. 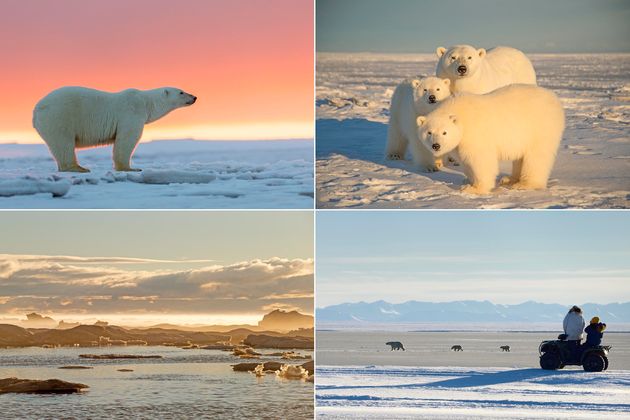 “They took photographs and it naturally grew,” he said. Before long, his clients were filling the pages of books and magazines and standing before Congress with visual testimony in support of the creation of the Arctic National Wildlife Refuge ― the same refuge President Donald Trump took steps to open to oil drilling in August.

Like many guides operating across Alaska, Thompson is quickly booking the 2021 season, although he still isn’t sure it will happen. If not, he will lose not only another year of revenue but a chance to show people what is playing out in the warming Arctic.

“We’re seeing the end of the polar bears on this planet,” he said. “The permafrost is melting. The ground is caving in. The musk ox are gone from here. You walk around the tundra and see dead caribou all over the place.” He is sad to say that many people come to Kaktovik to see the place before it’s gone, and he hopes that when the ice breaks on the Beaufort Sea next spring, he will be able to show it to them.

HuffPost’s “Work In Progress” series focuses on the impact of business on society and the environment and is funded by Porticus. It is part of the “This New World” series. All content is editorially independent, with no influence or input from Porticus. If you have an idea or tip for the editorial series, send an email to thisnewworld@huffpost.com.