Tens of thousands of people protested in Mauritius over the government’s slow response to an oil spill from a grounded Japanese ship and the alarming discovery of dozens of dead dolphins.

Honking and drumming, tens of thousands of people protested in Mauritius over the government's slow response to an oil spill from a grounded Japanese ship and the alarming discovery of dozens of dead dolphins in recent days.

Outraged over the Indian Ocean island nation's worst environmental disaster in years, protesters displayed signs such as "You have no shame" and "I've seen better Cabinets at IKEA." "Inaction," one protester scrawled on an inflatable dolphin held above the crowd.

They marched peacefully on Saturday through the capital, Port Louis, a month after the ship struck a coral reef a mile offshore. It later cracked under the pounding surf and spilled around 1000 tonnes of fuel oil into fragile marine areas. 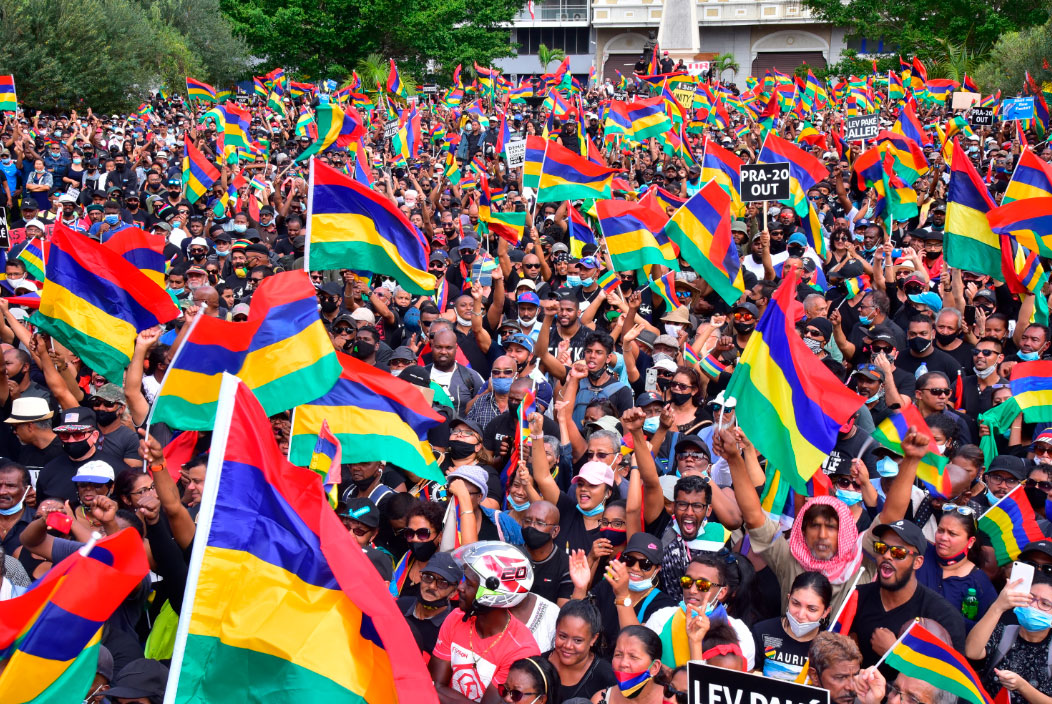 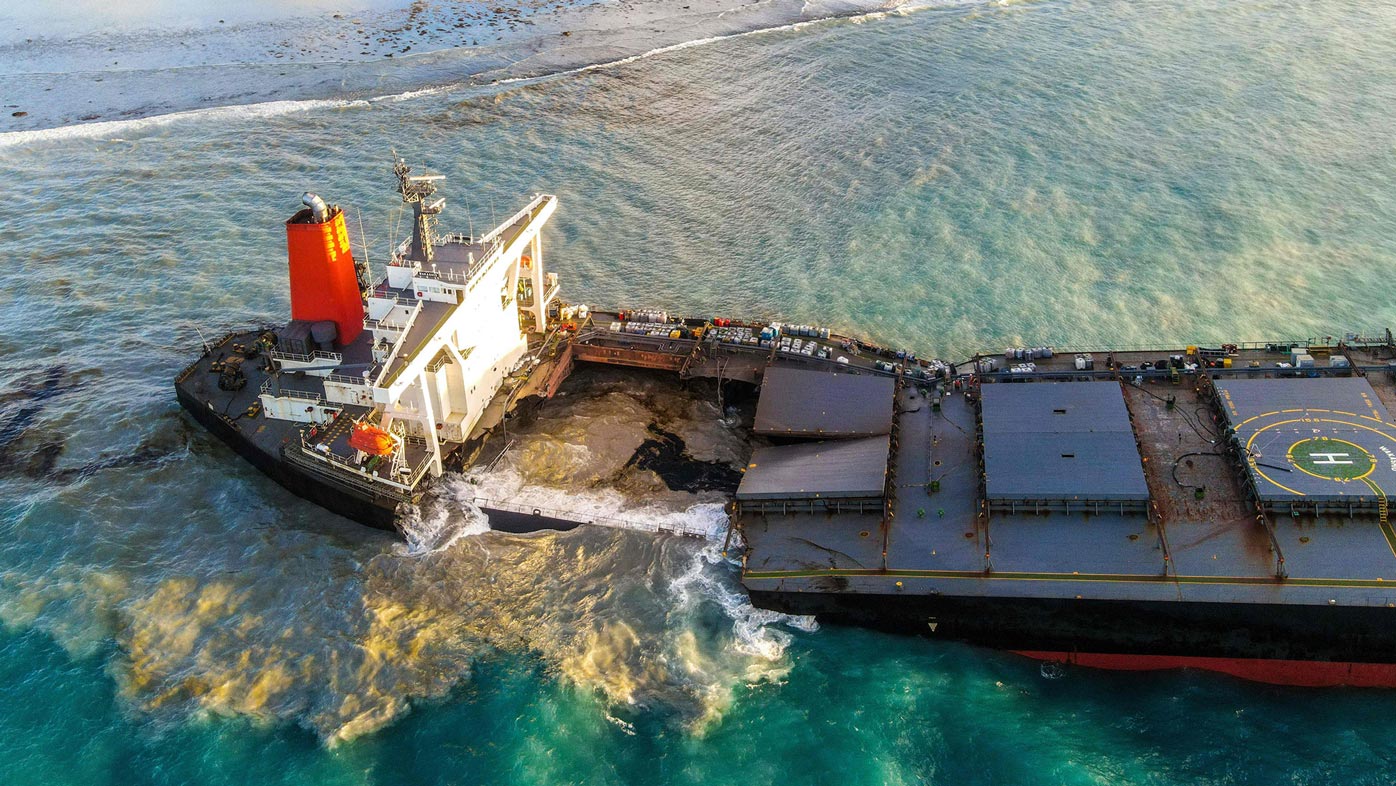 "It's clear we are at a turning point in the history of our country," a commentary in the Le Mauricien newspaper said, as residents said the demonstration could politicise a broader section of the population.

Addressing the crowd in Port Louis, some speakers called for top officials to step down. There was no immediate government comment. Other protests were reported outside the Mauritius High Commission in London and in Paris and Perth, Australia.

"I'd be surprised if it's not close to 100,000 people who attended the march," local writer Khalil Cassimally said. Public demonstrations aren't common in Mauritius, but "one of the things that really binds people together is the sea," he said. "It's one of the jewels of this country, and everyone feels very passionately about this."

Another protest is planned on September 12 in Mahebourg, one of the most affected coastal villages, Cassimally said. 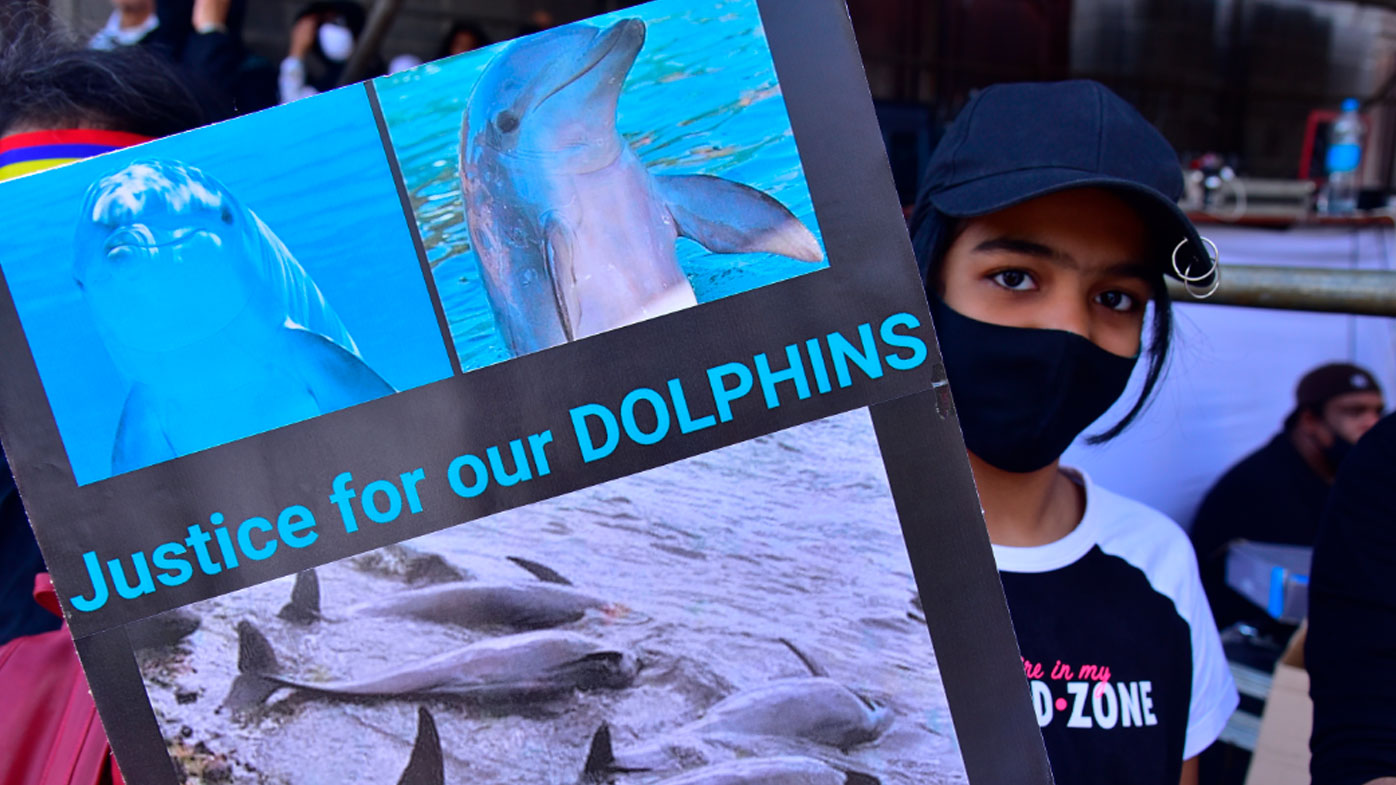 Mauritius depends heavily on tourism, and the spill has been a severe blow on top of the effects of the coronavirus pandemic, which has limited international travel.

Authorities on Friday said at least 39 dead dolphins have washed ashore but it's not yet clear what killed them. The government said no fuel oil was found in two necropsies so far and called the deaths a "sad coincidence."

Civil society groups should be present as necropsies continue, and independent experts should give a second opinion, local environmental group Eco-Sud said Friday.

Some experts fear water-soluble chemicals in the fuel are to blame. 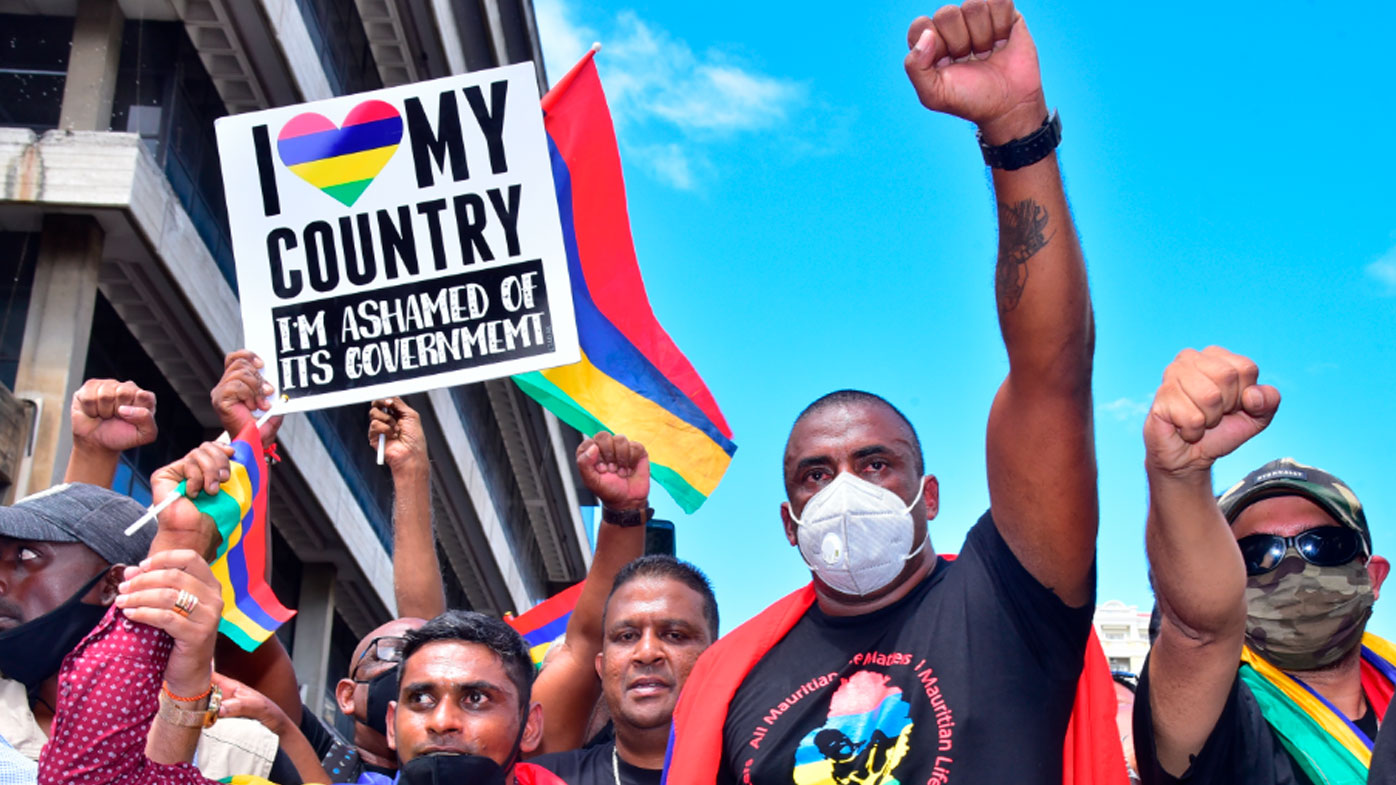 "Something that is also concerning is that we don't know the possible long-term effects. The oil is a new low-sulphur fuel oil that is being introduced to reduce air pollution," Jacqueline Sauzier with the Mauritius Marine Conservation Society told the journal Nature this week. "This is the first time that type of oil has spilled, so there have been no long-term studies on the impacts."

Residents and environmentalists have demanded investigations into why the MV Wakashio strayed kilometres off course. Its captain and first officer have been arrested and charged with "endangering safe navigation." 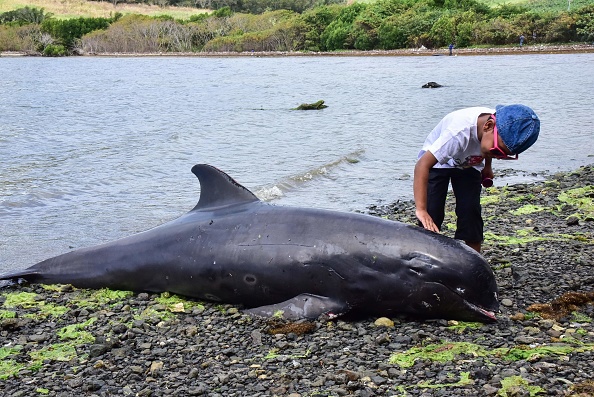 The ship ran aground on July 25 and began leaking fuel August 6 into the Mahebourg Lagoon, fouling a protected wetlands area and a small island that was a bird and wildlife sanctuary.

Thousands of civilian volunteers worked for days to try to minimise the damage, creating makeshift oil barriers by stuffing fabric bags with sugar cane leaves and empty plastic bottles to keep them afloat. Environmental workers carefully ferried dozens of baby tortoises and rare plants to shore, plucking some trapped seabirds out of the goo.