Beijing is reintroducing strict lockdown measures and rolling out mass testing after a fresh cluster of novel coronavirus cases emerged from the city's largest wholesale food market, sparking fears of a resurgence of the deadly outbreak.

Thousands lined up for tests after the Chinese capital reported 36 new Covid-19 cases on Monday, bringing the total number to 79 since a locally transmitted infection was reported on June 12 for the first time in nearly two months, according to the National Health Commission.

A fresh cluster of novel coronavirus cases have emerged from a wholesale food market in Beijing, after the city reported no new local infections for nearly two months.

Tests were administered to workers at the Xinfadi market, anyone who had visited it in the past two weeks, or anyone who had come in contact with either group. The market is Beijing's largest wholesale food market, prompting inspections of fresh meat and seafood in the city and elsewhere in China. 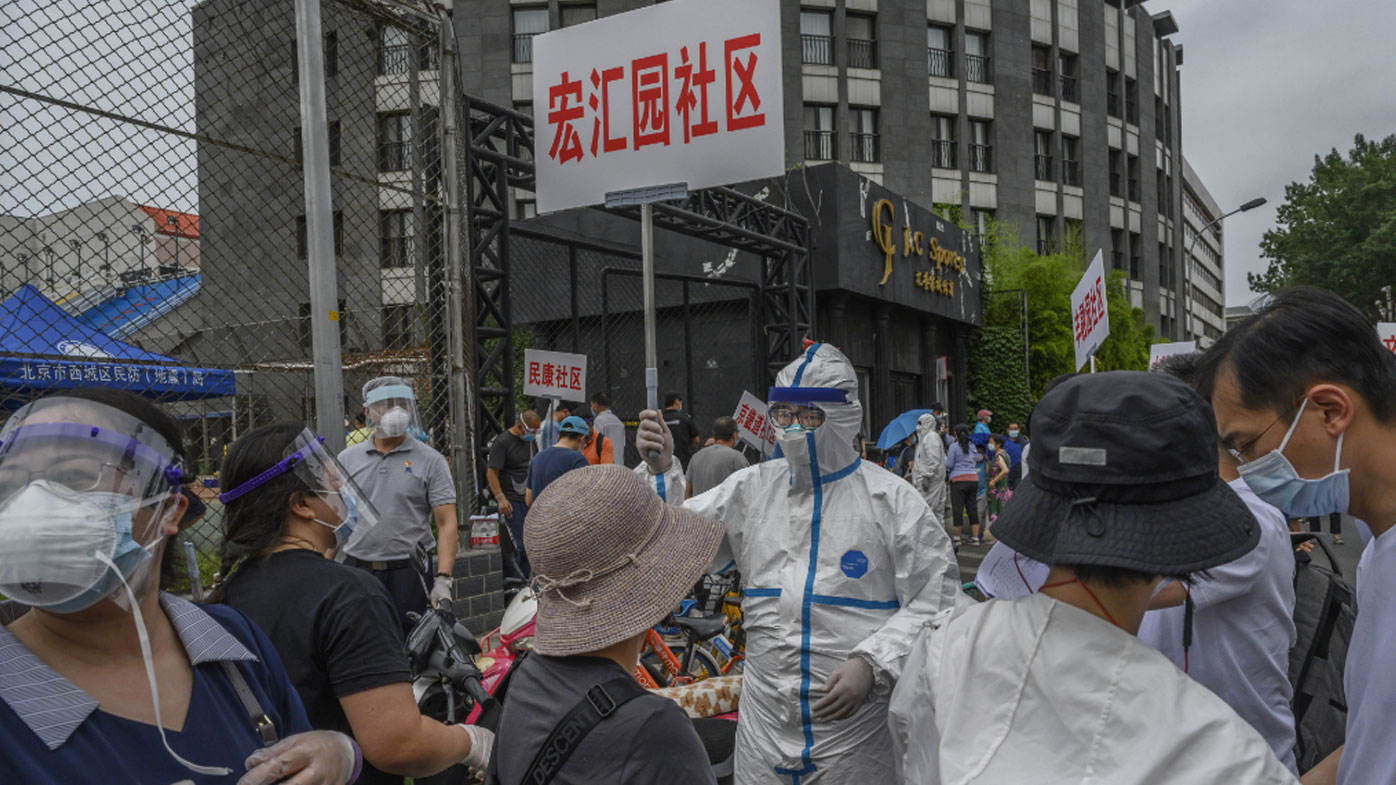 Authorities also locked down the neighbourhood around a second market, where three cases were confirmed. In all, 90,000 people are affected in the two neighbourhoods in the city of 20 million.

Inspectors found 40 samples of the virus in the closed market, including on a chopping board for imported salmon. That prompted some supermarket chains to take salmon off their shelves over the weekend and inspect markets, stores and restaurants.

Experts were doubtful the virus was being spread through salmon or other food products.

"For my money, it is more likely to be a person who came into the area with lots of people and the virus has spread, as the virus does," said Ian MacKay, who studies viruses at the University of Queensland in Australia, adding there was no evidence to suggest a link between outbreaks and food.

The outbreak has already spread to the provinces of Liaoning and Hebei, where a total of five new cases were found to be close contacts of patients in Beijing.

The new cluster has sent shock waves throughout China, with Beijing's municipal government spokesman Xu Hejian describing it as "an extraordinary period" during a press conference Sunday. 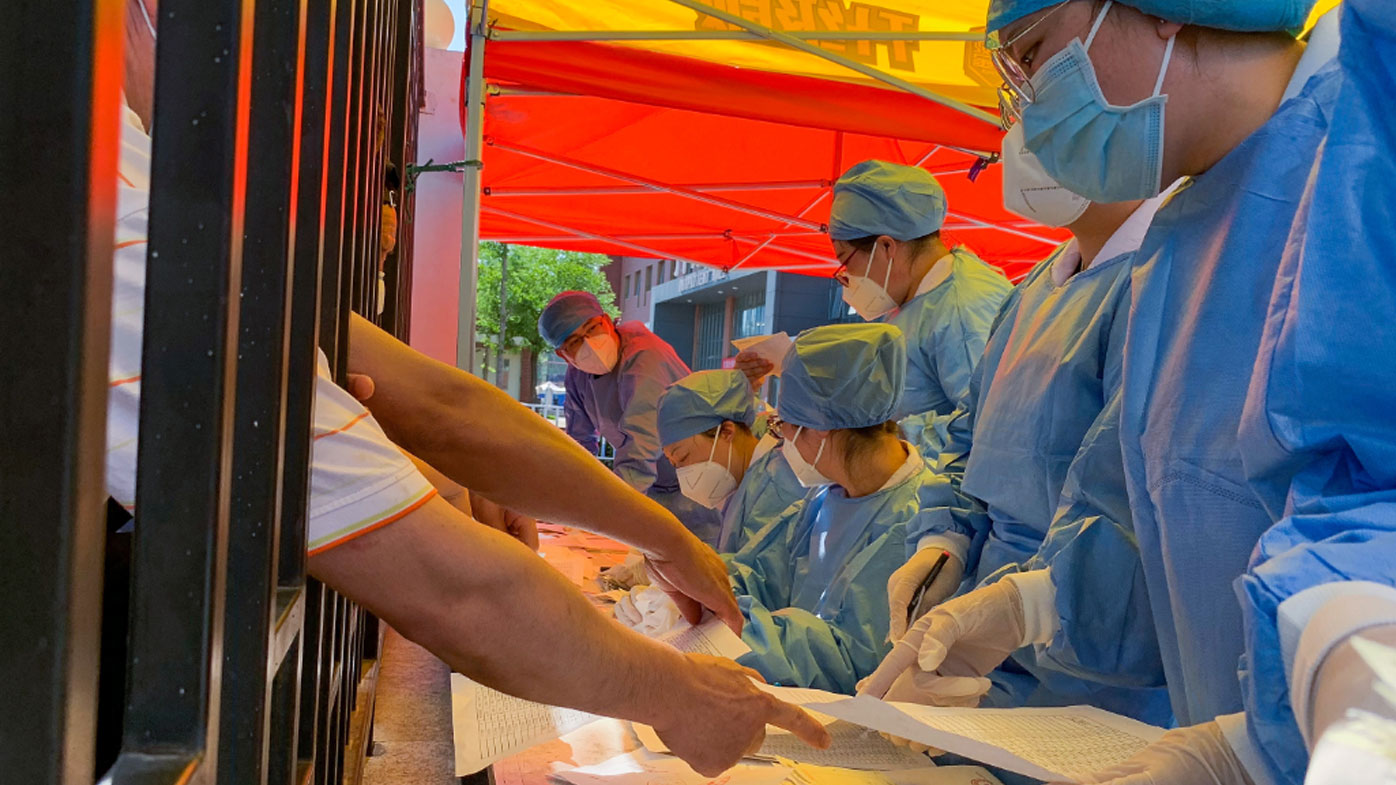 Chinese state media has repeatedly touted China's effective measures in containing the virus as the number of infections and deaths surged abroad, contrasting its success with the failures of Western governments, especially the United States.

The sudden reemergence of the virus in Beijing, previously considered among the country's safest cities, has raised the prospect of a second wave of infections and the possible reintroduction of the types of sweeping lockdowns that had previously brought much of the country to a halt and hammered the economy.

Fengtai district, where the Xinfadi market is located, announced Saturday the launch of a "wartime mechanism" and the establishment of a command centre to curb the spread of the virus.

On social media, the Global Times, a nationalist tabloid run by the Chinese government, posted a video of paramilitary police officers donning face masks patrolling the market after it was closed down on Saturday.

Authorities imposed a lockdown on 11 residential compounds in the vicinity of the market, strictly prohibiting anyone from entering or leaving.

Residents will have their temperatures checked and reported on a daily basis, and their food and daily necessities delivered.Beijing also rolled out mass nucleic acid testing for the coronavirus, setting up 193 sampling booths across the city. 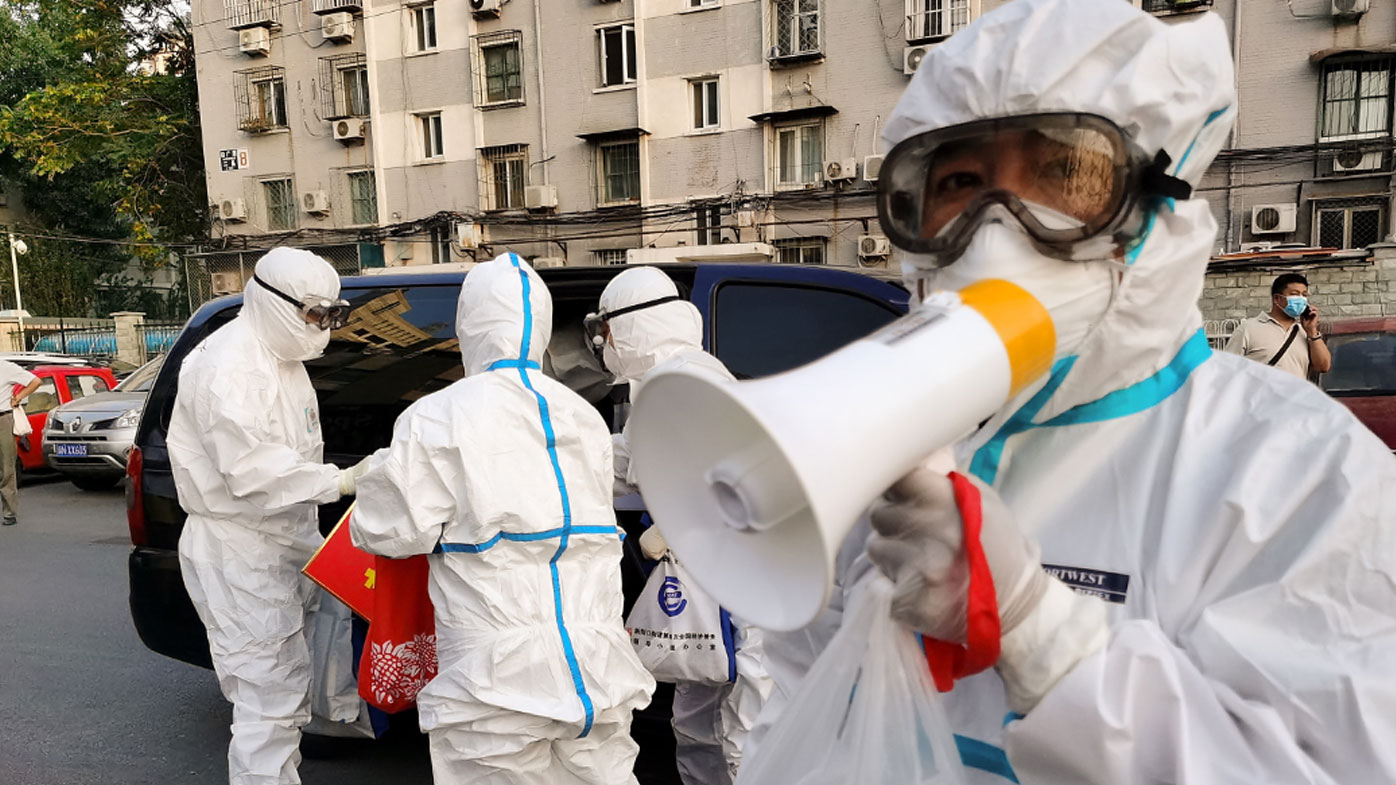 More than 76,000 people were tested on Sunday, with 59 people testing positive, Xu said at a news conference on Monday.

Nucleic acid tests work by detecting the virus' genetic code, and can be more effective at detecting an infection, particularly in the early stages, than tests which examine a body's immune response, though the latter are easier to conduct.

Before the new cluster, Beijing had only recorded 420 local infections and 9 deaths compared to over 80,000 confirmed cases and 4634 deaths nationwide, thanks to its strict travel restrictions imposed at the start of the pandemic.