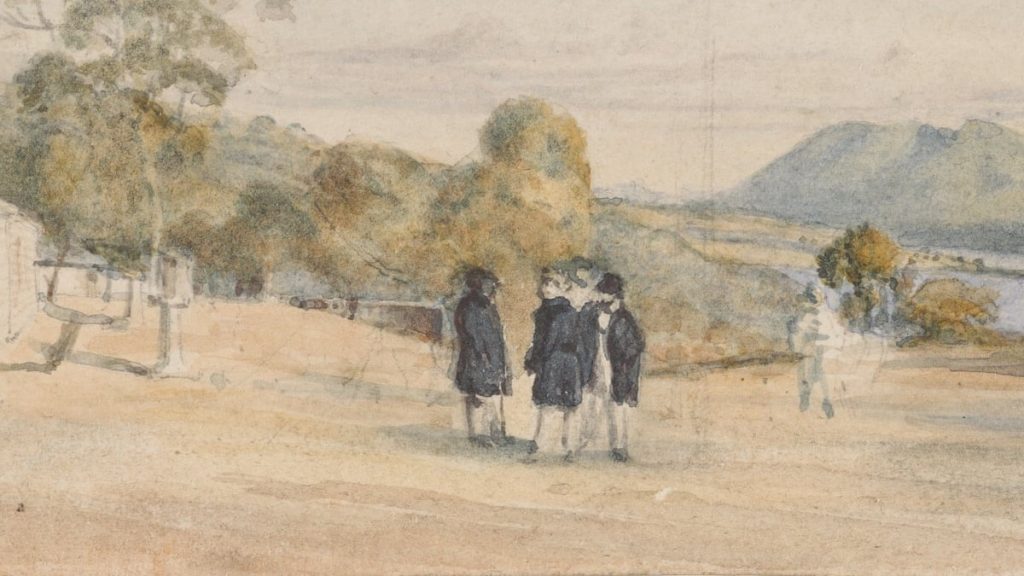 Thomas Bock was an artist and engraver who originally arrived in Van Diemen’s Land as a convict. Early life Bock was born in 1790 in Sutton Coldfield, a town in Warwickshire, England. He became a cathedral chorister at nearby Lichfield, and was later apprenticed to a Birmingham engraver named Thomas Brandard. He also worked with […]

Thomas Bock was an artist and engraver who originally arrived in Van Diemen’s Land as a convict.

Bock was born in 1790 in Sutton Coldfield, a town in Warwickshire, England. He became a cathedral chorister at nearby Lichfield, and was later apprenticed to a Birmingham engraver named Thomas Brandard. He also worked with William Wyon, who later became the chief engraver at the Royal Mint.

After completing his apprenticeship, Bock set himself up as an engraver and miniature painter in London. In 1817, he was awarded the silver medal by the Society of Arts and Commerce for engraving a portrait.

In April 1823, Bock and a woman named Mary Day Underhill appeared at the Warwickshire Assizes charged with ‘administering concoctions of certain herbs to Ann Yates, with the intent to cause a miscarriage.’ Both were found guilty and sentenced to transportation for fourteen years. (He was married with five children at the time.)

Upon arriving in Hobart in January 1824, he was assigned to a naval officer named Edward Bromley. 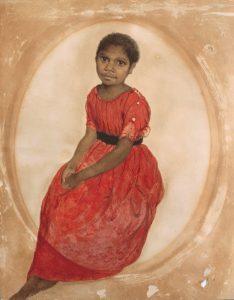 An 1842 painting by Bock of the Aboriginal girl Mithina.

Bock’s career as an engraver and portrait painter didn’t stop when he was transported.

In December 1824, he engraved a plate for a four-dollar note for the Van Diemen’s Land Bank. He also engraved the plates for the 1829, 1830, and 1835 Almanacks published by James Ross. He engraved a number of bill heads and commercial cards as well. He eventually became well-known for his portraits of wealthy settlers.

Bock had his own gallery from 1831. It was originally in Liverpool Street, but he later moved it to Campbell Street. It was at the Campbell Street premises where, as the first professional painter to practise in Van Diemen’s Land, he gave painting lessons.

He was later commissioned by Lady Jane Franklin to paint portraits of some Tasmanian Aboriginals. These paintings (which are now in the Tasmanian Museum and Art Gallery) are of importance, because they were completed before the Aboriginals’ appearance was affected by contact with white settlers.

In 1845, Bock exhibited at a major art exhibition in Hobart. He exhibited again in 1846, though he was recuperating from an illness.

Bock married a woman named Mary Ann in July 1850, after the death of his first wife.

Of his seven colonial-born sons, two inherited his artistic ability. One worked as an engraver, daguerreotype photographer, and painter in Hobart. The other was also an engraver, and he created many illuminated addresses for the government of New Zealand.

Many of Thomas Bock’s portraits are owned by Tasmanian collectors and their descendants. A number of his pencil drawings of the people of Van Diemen’s Land are in the Dixson Library in Sydney.

Bock was particularly known for his portrait drawings utilising watercolour, pencil, chalk and pastel (or ‘French crayon’), but his practice was diverse, incorporating printmaking and oil painting as well as photography. Upon his death he was described as ‘an artist of a very high order’ whose works “adorned the homes of a number of our old colonists and citizens.” 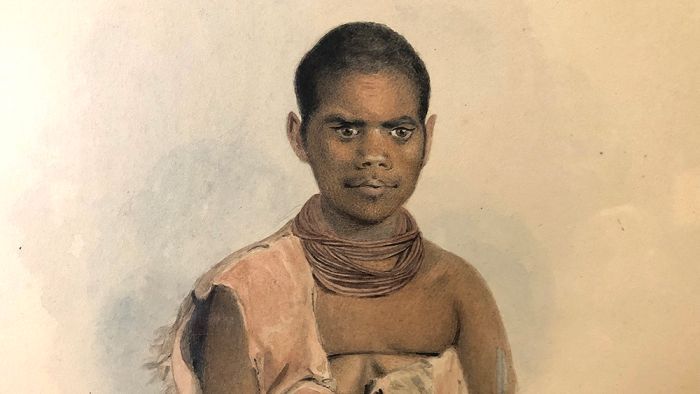 The portrait of Aboriginal woman Wutapuwitja, also known as Wortabowigee, was completed about 1832.