At the time of writing, the number of people infected with coronavirus worldwide is 28,365.Or is it 75,000?Or is the Chinese government covering up the fact the death toll alone is 25,000?!As with any major news story these days, this one comes with a …

At the time of writing, the number of people infected with coronavirus worldwide is 28,365.

Or is the Chinese government covering up the fact the death toll alone is 25,000?!

As with any major news story these days, this one comes with a huge amount of misinformation and conspiratorial thinking attached, as social media (and, er, the news media) fans the flames of rumour and suspicion.

If China lies about a pandemic. Think of what they do on trade. “Coronavirus Live Updates: Soaring Death Toll Heightens Concerns About Care” https://t.co/fuDHOkgSFq

The thing is, when it comes to the Chinese government and how it handles major health crises, some of that suspicion might be justified.

During the SARS outbreak in 2003 it took months for Chinese officials to acknowledge the outbreak – the communist government’s rigid structure has long favoured officials that toe the party line and suppress negative information rather than speak out.

The resulting global spread of that disease was due in part to a secretive government’s desperate fear of being shown up on the international stage.

Ultimately, China’s response backfired and it was forced to apologise. This time round, officials are keen to stress that lessons learned are being applied to the coronavirus outbreak.

As a result, China is being far more open about its response. On Thursday, the Chinese ambassador to the UK warned against “rumours and panic” and called on the British government to support its handling of the crisis.

But counterintuitively, this openness may have actually had the same effect as trying to suppress information. 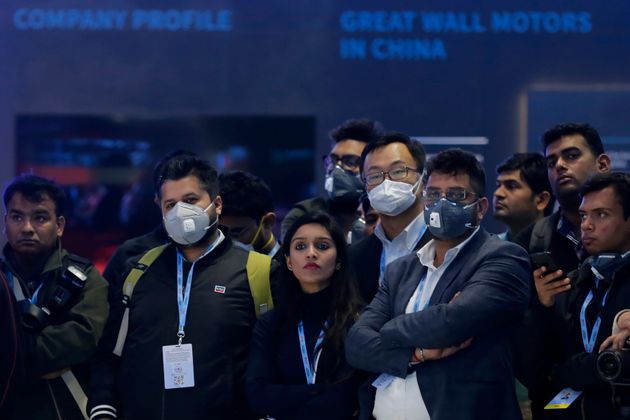 Professor Steve Tsang, director of the SOAS China Institute, told HuffPost UK that instead of trying to hide the news around coronavirus, the Chinese government is actually making a big show of publicising it – or, at least, the positive bits.

“The Chinese government is reporting it widely – they are showing how heroically they are confronting it, how they have built impressive new hospitals that no other countries could even imagine doing,” he said.

“But they are not reporting any government failing. And what you have is a different kind of incentive which is that you’re incentivised to focus on your success rather than your failures.”

Part of that failing that is going unreported is simply the extreme pressure a massive viral outbreak is having on China’s health system.

“We’re hearing cases of people being turned away from hospitals. We don’t know how many because they’re not being tracked, but it’s more than just one-offs,” says Tsang.

Medical facilities are therefore more than willing to accurately report the cases they have the capacity to treat but not being able to accommodate new cases is a failing of the system and as such, is going unrecorded.

How accurate is that official figure of 28,365?

Well, it’s almost certainly too low, but this in itself isn’t evidence of a conspiracy or cover up.

“And that is not some sort of specific problem with China or a malicious attempt by the government to cover it up. If cases are not being reported or if people die before they get to a hospital, they don’t get entered into the statistics – that can happen anywhere.”

READ:  Hunt back states despite complaints of 'offensive' remarks

So we can pretty safely say there are more than 28,365 people infected with coronavirus.

How much higher is the actual number?

We just don’t know, but even if it is far higher, it’s not necessarily evidence of a conspiracy.

“My first response is always not to go for the conspiracy theory,” says Tsang.

“To prove a conspiracy theory you really have to have some real evidence of a deliberate attempt to cover up and I don’t think anyone has produced evidence to prove there was an instruction specifically asking government officials to under report.”

We do have one reliable source for an upper figure, however.

A study in The Lancet published earlier this month predicted that 75,000 people were infected.

Rather worryingly, however, this prediction was for January 25, when the official number was only around 2,000.