My husband serves in the Air Force as an aircraft maintainer and I’m a stay-at-home mom, college student and freelance writer. I volunteer with my local military installation’s spouses club as a committee chair. We have three beautiful chil… 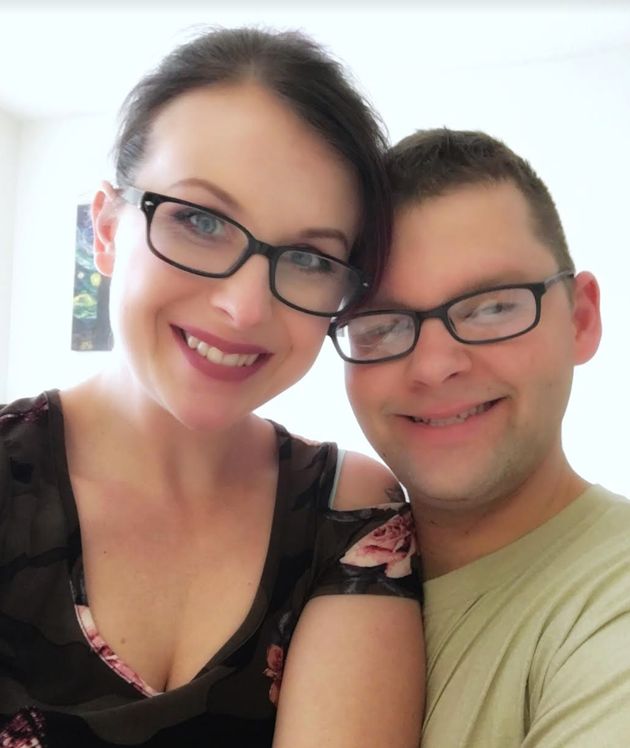 My husband serves in the Air Force as an aircraft maintainer and I’m a stay-at-home mom, college student and freelance writer. I volunteer with my local military installation’s spouses club as a committee chair. We have three beautiful children (two girls and a boy), two cats and a dog. We live in a two-story house on base that has a sizable yard at the end of a peaceful cul-de-sac. We wave at our neighbors when we see them outside and we try not to be a nuisance by keeping the noise down.

Looking at us, you’d think that we were a completely normal, monogamous, heterosexual married couple. But while it’s true that we are monogamous (and maybe slightly normal), only one of us is straight.

Most people are surprised to find out that I’m pansexual. It’s not that I try to hide my sexuality ― I’m quite open about it when it comes up in conversation ― but it’s usually assumed that I’m straight because I’m a woman married to a man.

The topic of my sexuality often comes up in June, which is LGBTQ Pride Month. I am very vocal on social media about my sexuality, as well as acceptance of the LGBTQ community as a whole. One of two things happens when new friends discover my sexuality: Either they accept what I tell them and we move on, or they are a bit taken aback because, as they put it, “you’re married to a man.”

So far, I haven’t really been met with, “well, we can’t be friends because you’re an abomination,” which is somewhat remarkable given that we live in the deep South. I consider myself lucky for this.

After someone becomes aware of my sexuality, they usually have questions for me, including: What does “pansexual” mean? How is it different from “bisexual”? How many women have you dated? Would you date an alien from another planet? What if they had no gender? (Yes, this was a real question.) How does your husband feel about it? Do you guys have an open marriage?

Being pansexual means that I am attracted to all genders. I have the greatest respect for a person’s gender identity, but gender does not really play an initial role in my romantic or sexual attraction. To be a little clichéd, I am most attracted to what’s on the inside, not the outside.

I identify as pansexual, rather than bisexual, because I am attracted to people regardless of how they understand or label their gender ― or if they refuse to identify with any gender at all ― rather than just to the two binary genders, male and female, that society most widely recognizes. Many bisexual people are also attracted to all genders but still use the term “bisexual” because of its historical legacy and to maintain visibility for the bisexual community, and I support them in this. However, “pansexual” is the term that feels most right in describing my own sexual identity.

Being pansexual means that I am attracted to all genders. I have the greatest respect for a person’s gender identity, but gender does not really play an initial role in my romantic or sexual attraction.

As for some of those other questions, I have dated a few women and someone who considered themselves nonbinary, meaning they did not identify as either exclusively female or male.

I would absolutely date a gender-neutral alien if they possessed personal qualities that I found attractive. Perhaps I might even go for a spin in their spaceship and take a tour of their home planet.

My husband is incredibly accepting of me in all ways ― even my flaws, which include stubbornness, impatience and the occasional bout of melodrama. We are very much monogamous, and in many ways, we live about as exciting a life as many other married couples. We like to argue over the remote, debate who does the dishes on any given night, troll each other’s posts on social media, and cuddle on the couch and watch Netflix. When we go to bed, I am the big spoon.

Believe it or not, I have actually received more backlash from my fellow members of the LGBTQ community. I have been told that I have “chosen sides” and that I’m “not really LGBTQ because you married a man.” Being accused of invalidating my sexuality by entering into a heterosexual relationship is both funny and a bit disheartening, especially when it comes from people I would think would be the most likely to accept me. But it’s only happened a handful of times, so I try not to let it get to me too much.

Once, a woman I really respected (and still have a great deal of respect for) asked me a very hard question: “Why does your sexuality matter so much now that you’re married?”

At the time, I didn’t really know how to respond to her but now I think I can answer her question perfectly. There are two things I want her and everyone else to know:

There are times when my answers end up confusing people. I can’t say I blame them, though, since I only learned about pansexuality myself a couple of years ago. Once I learned more about it, I realized that “pansexual” fit me better than “bisexual.”

I originally came out as bisexual in 2001 when I was 13 years old and dating my first girlfriend. Though the term didn’t feel quite right even back then, it made the most sense for me. We lived in a very small town, where being LGBTQ was not considered “normal” or “acceptable” at the time. We tried to keep our relationship secret for fear of being ridiculed (because, you know, teenagers can be really cruel) but, as with most secrets, the truth soon came out.

When people became aware that we were dating, many of them were disapproving. My own mother called our relationship a “phase” and said that I would “grow out of it” eventually. Our relationship lasted about six months. Having our classmates constantly berate us took a toll and eventually we broke up.

About four months later, I started dating a boy from my class. Soon enough, my earlier relationship (and my coming out as bisexual) seemed to be forgotten by most of my peers.

My (now) husband and I first started dating in high school, and I didn’t come out to him until a few months into our relationship (he had somehow missed the news that I once dated a girl, despite how small our town was and how quickly gossip traveled). He was a bit taken aback at first, but eventually came around to the fact that while I “wasn’t quite straight,” I had chosen him. 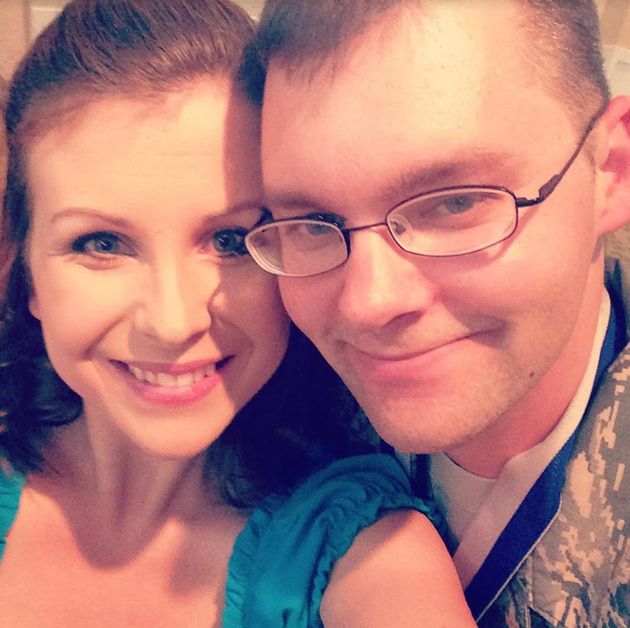 We broke up about a year after we started dating. He was my first real love, so I took the breakup really hard. But after nursing my tearful heart for a bit, I dated men, women and the aforementioned nonbinary person. I learned a lot about what I truly wanted in a relationship and I have no regrets.

A few years later, my future hubby and I reconnected. We got married, had some kids and now live (mostly) happily ever after.

My husband and I have regular conversations about LGBTQ issues. His views on the community have evolved so much from when we first got together. Our small-town upbringing didn’t expose him to a lot of people who were openly LGBTQ, so he didn’t really know how to react. Now, as my husband and a leader in the military, he has learned a lot about our community and how to be an ally.

Now that our children are getting older, we’re having LGBTQ-related conversations with them as well. My oldest son, who is 14, has been raised to view all forms of love as normal. It was no surprise when he told me that his best friend was gay and that he didn’t think twice about it when she told him. He is a great ally to her and I’m confident he will be to the rest of the community as he grows up.

My middle child, who recently witnessed that (SPOILER!) surprising revelation of love (AND THAT KISS!) between Catra and Adora on “She-Ra: Princesses of Power,” asked me why they kissed.

“Well, didn’t you hear them? They love each other!” I said. “Well, Mama, I am glad they get to be together,” she replied.

It’s amazing (though, really, it shouldn’t be) how quickly and easily kids accept love between two people ― any two people ― and adults can learn a lot from them. We can learn that sometimes the simplest answer is the best answer and that, ultimately, love in all its forms is good.

So, yes, I married a straight man, but this doesn’t mean I’m not still pansexual. What it means is that I’ve chosen to spend my life with the one I love ― who happens to be a man. My sexuality is something I’m proud of, and I embrace the opportunity to have healthy conversations about pansexuality with people wanting to understand it better. I hope to continue contributing to conversations that encourage acceptance with both the LGBTQ community and my heterosexual peers.

Jillian Johnson is an Air Force spouse, mom, mental health and LGBTQ advocate, proud Slytherin and all-around creative soul. She’s a California girl adjusting to Southern life with her husband, three kids and three fur children. She’s also a freelance writer who is currently pursuing a degree in psychology with a focus on child and adolescent development, and she’s an active volunteer within her local military community. Her work has been published on the MilSpo Co. blog and in Military Spouse Magazine. In her spare time, Jillian enjoys reading, gaming and the occasional spontaneous road trip with her family.