With only 22 minutes between us, it’s surprising my twin and I are so different.As far back as I can remember, we have been almost polar opposites. If I wore pink, they’d wear purple; when I did ballet, they did gymnastics; I was shy while … 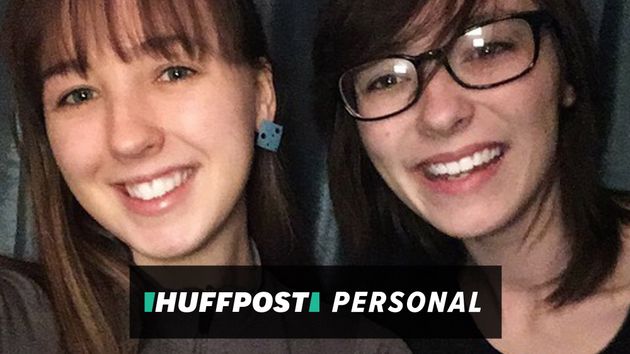 With only 22 minutes between us, it’s surprising my twin and I are so different.

As far back as I can remember, we have been almost polar opposites. If I wore pink, they’d wear purple; when I did ballet, they did gymnastics; I was shy while they were outgoing and, when asked what we wanted to be when we grew up, I said a ballerina and they’d said a pig.

We have different friends, different interests, different styles and, honestly, you’d never know we were twins by looking at us – we barely look like cousins. But being a twin, despite the opposing opinions and one’s preference for a fingerless glove over a pair of gladiator sandals, makes for an indestructible bond.

We grew up in a single-parent household, and although we weren’t inseparable on the school playground or in the park by any means, our home life was different. We bonded over our love for Ned’s Declassified School Survival Guide and distaste for our new (now ex) step-family. And while to the naked eye we could have been strangers, we were closer than I could even begin to articulate. I can’t think of a time that I ever truly felt alone; as a twin I’ve always had someone else I can depend on. It always seems to be in my late-night, assignment-induced breakdowns at university when I receive a text letting me know they’re thinking of me. And when I’d come home crying over something pointless (probably a boy), I could always count on them to give me a hug until I was okay.

I can’t think of a time that I ever truly felt alone; as a twin I’ve always had someone else I can depend on

Although we endured a slightly rocky home life during our early teens, which led to me moving in with my dad, it was comforting knowing that there would always be someone who understood what we went through; someone to talk to. Living separately for the first time, though, did create an inevitable distance and we found ourselves with less and less in common as we moved into sixth form.

We essentially switched roles: I became the outgoing, confident and thick-skinned twin while they were quiet, unmotivated and sensitive. Little did I know they were suffering with what I’d later discover was anxiety and depression. I’ll always regret not reaching out when things started to change; when the physical distance started to breed emotional distance and become increasingly detrimental to our relationship.

In those years it was clear I had taken our relationship for granted, and I’d neglected the blessing of having a twin. It’s more than just having a sibling, it’s growing up with a best friend you’ve always had and always will. But what if one piece of information could potentially change that relationship completely?

When we were 16, my twin came out as a trans-male. His demeanour changed, along with his Facebook profile, and he very casually asked me to call him Vince and use he/him pronouns: “I’d prefer that”. I probably said something along the lines of “okay but, why?” It’s all but a distant memory now, but I remember feeling indifferent… confused, but comfortable under the guise of “this won’t last”. 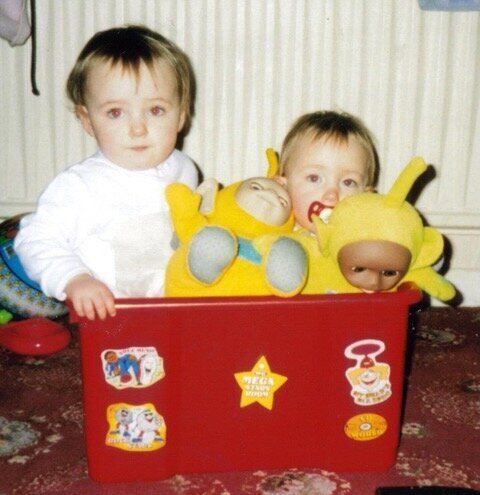 I spent a month or two in denial, batting off my friends’ transphobic comments and ‘jokes’ in the hope that, if I ignored it, everything would go back to normal. Of course, it didn’t, and it was wrong for me to think it would. I know that now. But this was 2015, when Caitlyn Jenner had barely come out through that Vanity Fair cover, and the discourse around what it meant to be trans was hardly understanding.

It was difficult to comprehend. My best friend and confidante – the most important person in my life – wasn’t who I thought they were. Had he been pretending this whole time, or was it a phase? At 16 there was something so hard to come to terms with about finding out someone I’d known my whole life had been struggling to share their true identity with me.

I was confused: first of all, I was hurt Vince didn’t feel he could come to me sooner and, at the same time, I felt like I couldn’t talk to him about my feelings without causing offence. It was like limbo. I wanted to understand, but I didn’t know how to ask. It was lonely. Suddenly it didn’t feel like we were on the same page anymore. Before, it never felt awkward talking to my twin – but now it did sometimes, and that hurt in itself. But considering how I felt, I can’t even begin to comprehend how he did. Vince had been so brave in coming out, and here I was selfishly hoping that I wouldn’t lose my sister.

But then, Vince wasn’t my sister. He’s my twin. And although it was difficult to repress the instinct to call him by his old name and pronouns, I learned to do it. And guess what? Nothing changed. Nothing except his happiness.

I'm grateful for Vince's transition... because he can finally be his true self but also, selfishly, because their transition has made me a more accepting and compassionate person.

Pronouns and denial weren’t the only things I struggled with when Vince came out. I was worried. Worried that people wouldn’t accept him, that he’d be the butt of a joke or, worse, the victim of a hate crime. I was worried that people wouldn’t understand – or even try to understand. I was worried that he wouldn’t be any happier now than he was before. I had the primal urge, as a twin, to protect him. I care about him – I wanted to avoid the awkward silences and ignorant comments generated by introducing him as Vince. I won’t forget the happiness I felt when I introduced him to some new friends and they didn’t even blink.

Vince coming out has been a huge learning experience, and that’s something I’ll always be grateful for. Grateful because he can finally be his true self but also, selfishly, because their transition has made me a more accepting and compassionate person. It’s not that I was transphobic, but at 16 I was ignorant and I was uneducated.Now, I have the chance to be a true ally, to push back against transphobia with meaning and passion.

I love my brother and respect him for being strong enough to truly be himself. Although we don’t relate to all the same things any more – from everyday experiences like finding the perfect bra to tricky gender issues like periods – there’s one thing that will never change. Vince will always be my best friend.

Have a compelling personal story you want to tell? Find out what we’re looking for here, and pitch us on ukpersonal@huffpost.com