The Opposition leader has criticised the Federal Budget for failing to fight for Australians left most vulnerable during the COVID-19 pandemic.

Opposition leader Anthony Albanese has criticised the 2020 Federal Budget for failing to fight for Australians left most vulnerable during a time of crisis throughout the COVID-19 pandemic, including workers facing JobKeeper subsidy payment cuts, women forced out of jobs and the elderly in a "broken aged care system".

Mr Albanese addressed the Federal Parliament tonight in his Budget Reply speech and questioned the Coalition for not using the Budget to cater to every Australian's needs, while the nation's debt rises to almost $1 trillion. "The budget reflects the government's character of being guided by short-term politics rather than long-term vision," Mr Albanese said in the speech.

"Now, they are cutting wage subsidies, slashing unemployment benefits back, and have no plan for childcare, aged care, or social housing. This budget leaves people behind.

READ MORE: Federal Budget 2020 - How the ordinary Australian family will be affected

"This budget leaves people behind. Women have suffered most during the pandemic, but are reduced to a footnote… If you're over 35, you have certainly been left behind.

"This week, your wage subsidy was cut. In March, your wage subsidy disappears. If you're unemployed then, you get $40 a day and forced into poverty. Then you will compete to get a job with people who will have their wages subsidised. A quadruple whammy from the Morrison Government." 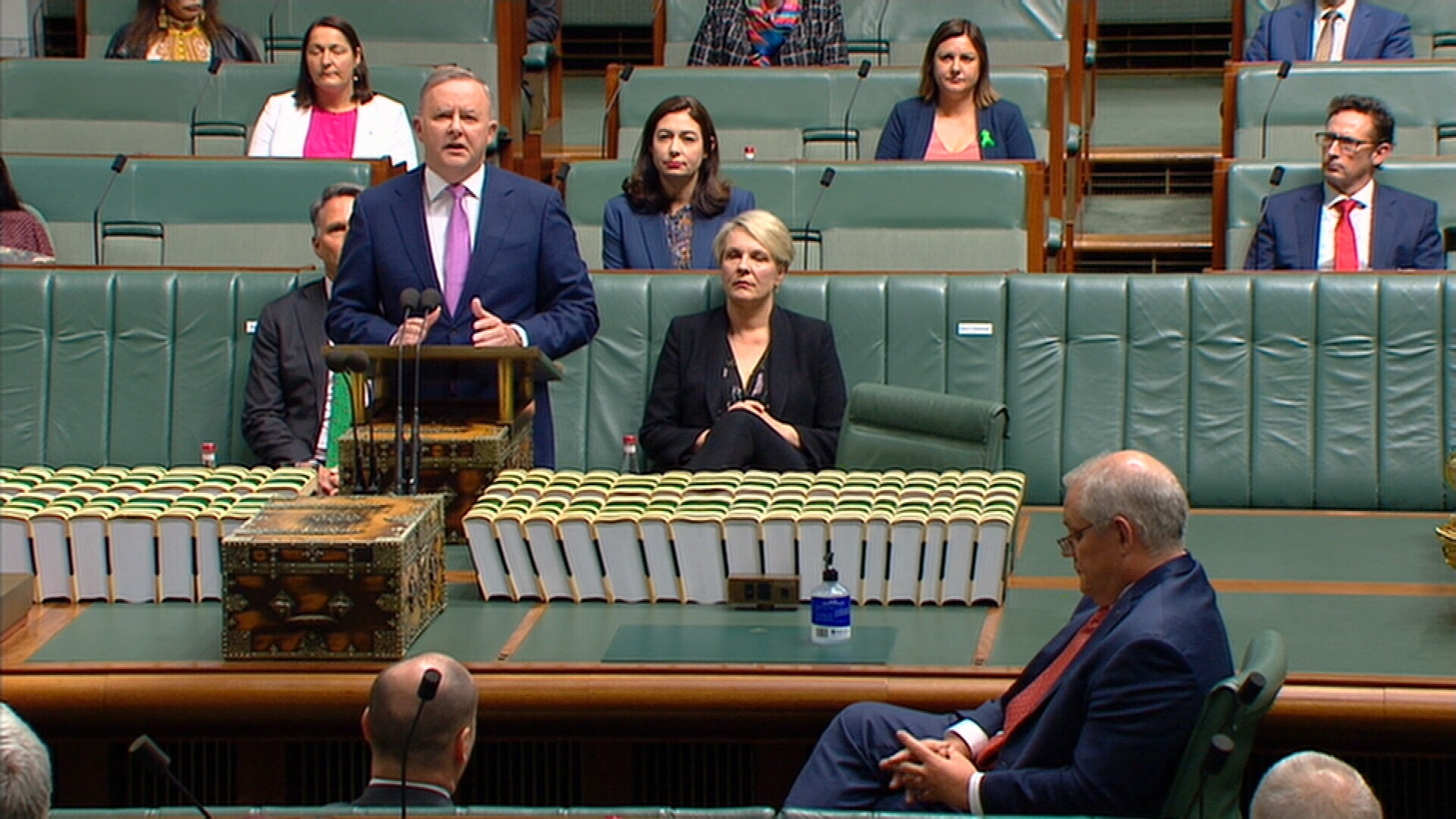 Budget Winners and Losers: Who gains the most from biggest cash splash since WWII

In his response, Mr Albanese said a Labor government led by him, if he was to win at the next Federal Election, will work to "rehire our workers, rewire our economy, recharge workforce participation of women and rebuild our nation".

The Opposition Leader also said if he is elected Prime Minister, he would remove the annual cap on the Child Care Subsidy and increase the maximum subsidy to 90 per cent.

"This is what real reform looks like. It will boost women's workforce participation, boost productivity, and get Australia working again," he said.

"My vision is for us to have the skills and smarts and people and industry to make things here and sell them on the global market." 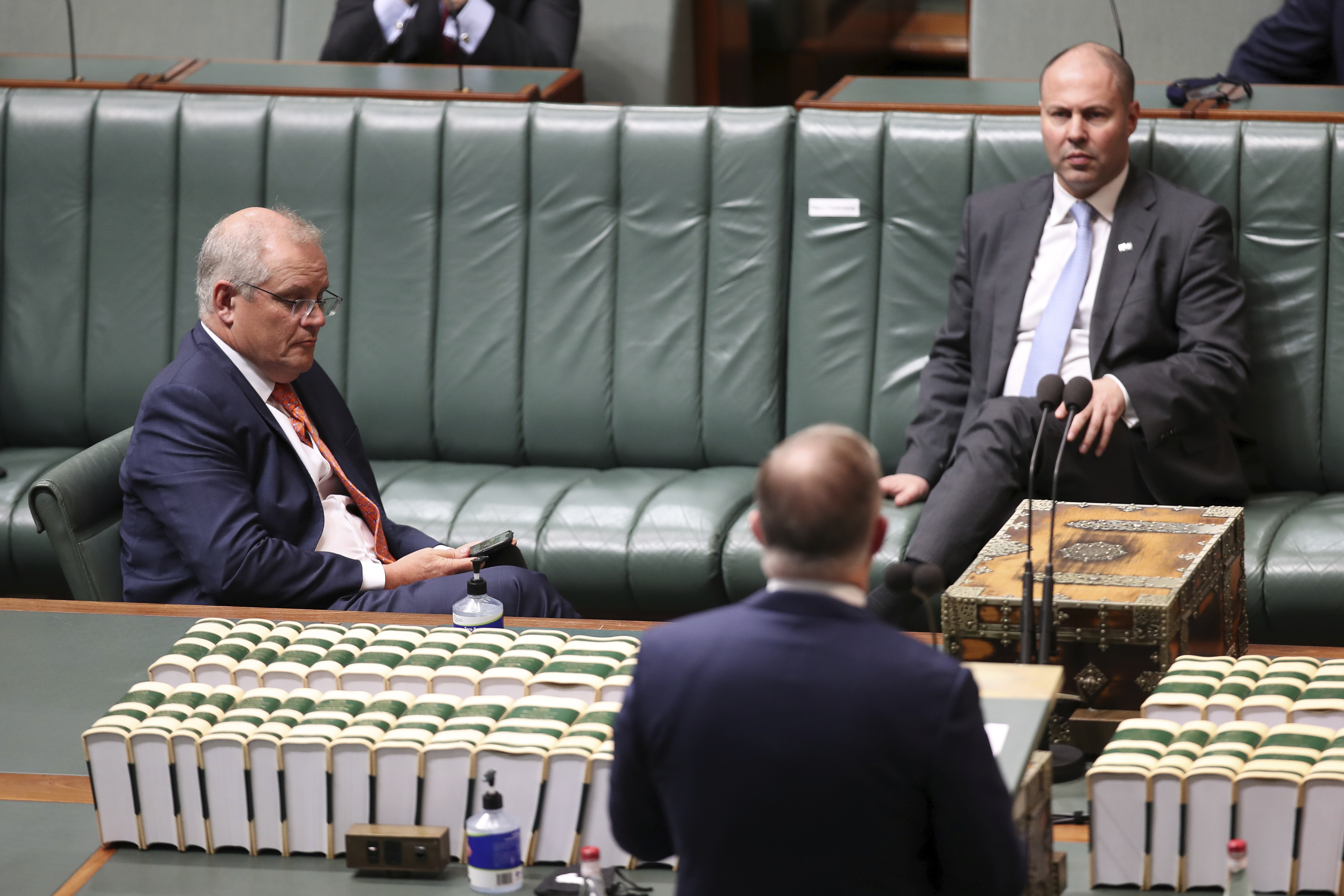 Mr Albanese also used his speech to announce a government under his lead would push for a rebuild to Australia's infrastructure and industry sectors in a bid to boost jobs and safety.

"On Tuesday night, Australia needed a plan to seize the economic opportunities of the next decade," he said. 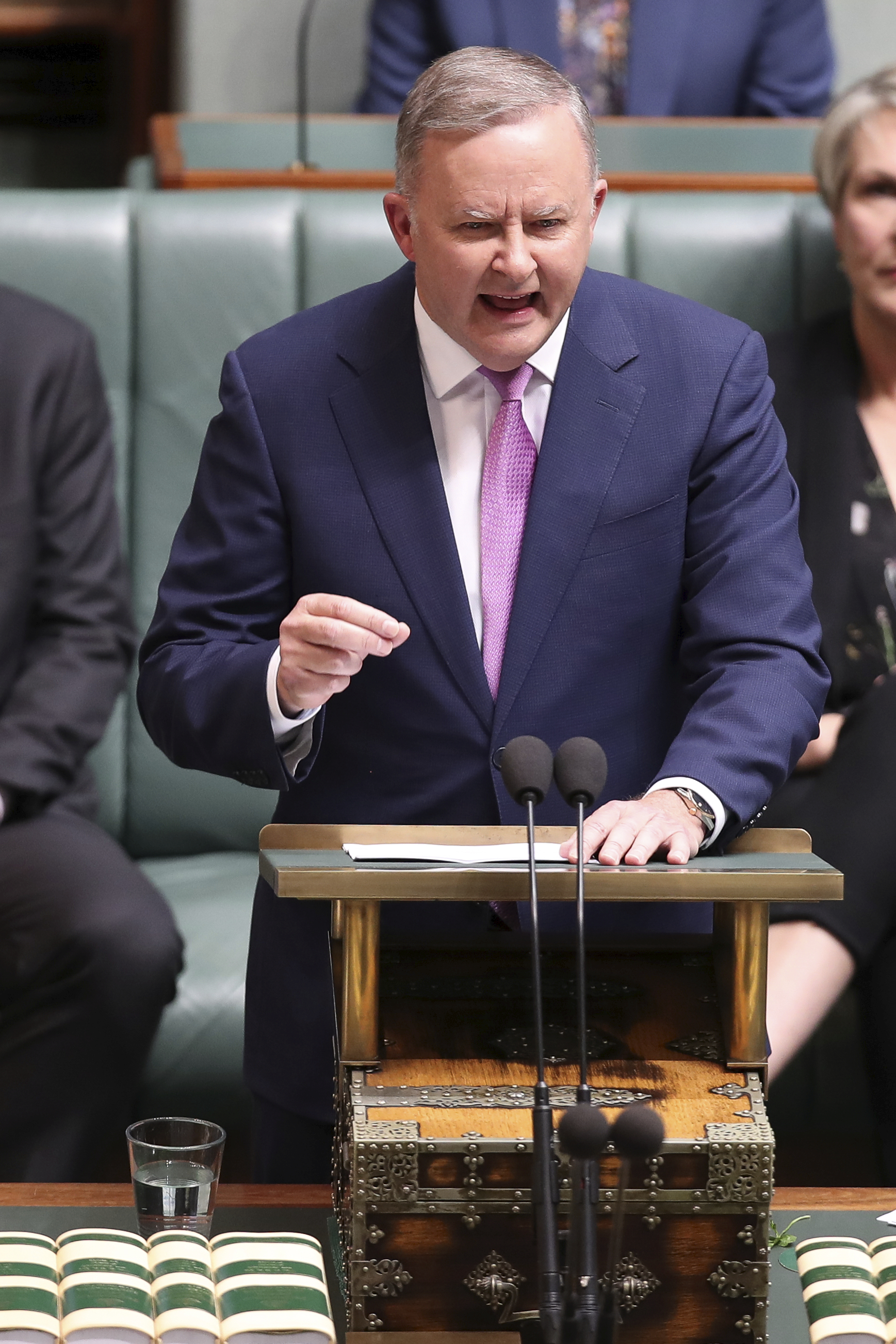 "Instead, we got an incoherent grab bag fixated on the photo opportunities of next week, and that's the flaw of this government and this Prime Minister - they think an announcement is the end in itself.

"Australia is at a crossroads, hoping the worst of the devastating pandemic-induced recession is behind us, and that a second or third wave of the virus can be held at bay.

"We can make this once in a century crisis the beginning of a new era of Australian prosperity and Australian fairness.

"With the right plans, the right policies and the right leadership, I truly believe our country can make this moment our own.

READ:  “Our Thoughts And Prayers Are With The Coronavirus At This Difficult Time”

"We can beat this recession, we can launch a recovery and we can build a future where no-one is held back and no-one is left behind."