The two plain-clothed investigators were initially denied entry after knocking at the front door but were later ushered inside after returning to the property about 1pm.

The pair were seen by 9News carrying numerous folders and documents. 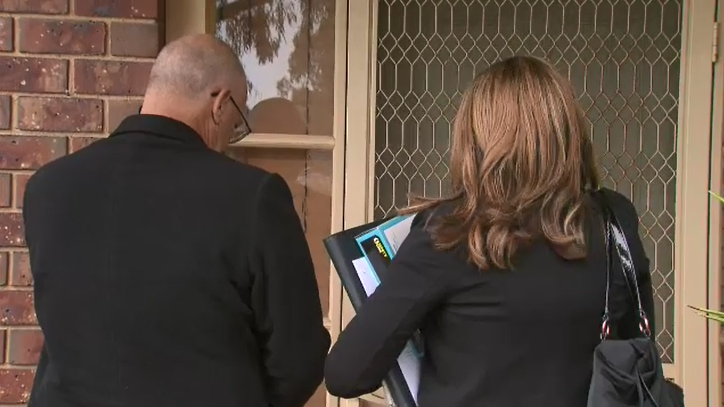 It comes as Victorian Premier Daniel Andrews has stressed the allegations against the former minister, which included branch-stacking, had been referred to anti-corruption watchdog IBAC and Victoria Police for investigation.

Consumer Affairs, Gaming and Liquor Regulation Minister Marlene Kairouz was the third Labor MP to resign from cabinet this morning, after facing allegations in The Age that she encouraged taxpayer-funded parliamentary staff to work on branch-stacking, a process of rigging party memberships to boost power within a party. 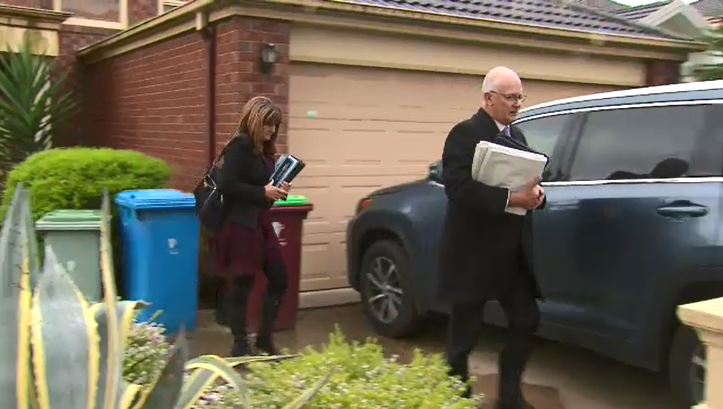 "This morning I notified the premier that I will stand aside from my ministerial responsibilities and notified the governor of the resignation of my commission," Ms Kairouz said in a statement.

"I no longer want these matters to be a distraction to the government. They have placed enormous pressure on my family and caused them great distress.

"It has been an enormous honour to serve the Victorian people across a number of portfolios including Suburban Development, Local Government and Consumer Affairs, Gaming and Liquor Regulation." Ms Kairouz was recorded describing the use of parliamentary officers to run the alleged operation as "excellent".

She also allegedly directed staff to challenge any attempts by Labor's left to weed out branch-stacked members.

Ms Kairouz has denied the allegations.

READ:  Strong winds, showers and some frost set for the weekend

"I look forward to the opportunity to clear my name and am confident any investigative process will do so," she said.

"I note that these matters do not relate to any allegations of criminality or corruption."

Despite the allegations, she noted she would continue to serve her electorate of Kororoit, describing it as the "greatest honour of [her] life".

The resignation comes as Assistant Treasurer and Minister for Veteran Affairs Robin Scott resigned from cabinet last night to avoid "distraction" for the government, however vowing to clear his name following his embroil in the scandal.

Victorian Premier Daniel Andrews told reporters today both Ms Kairouz and Mr Scott have maintained their innocence since the allegations were published.

But Mr Andrews said he supported their decisions to resign. 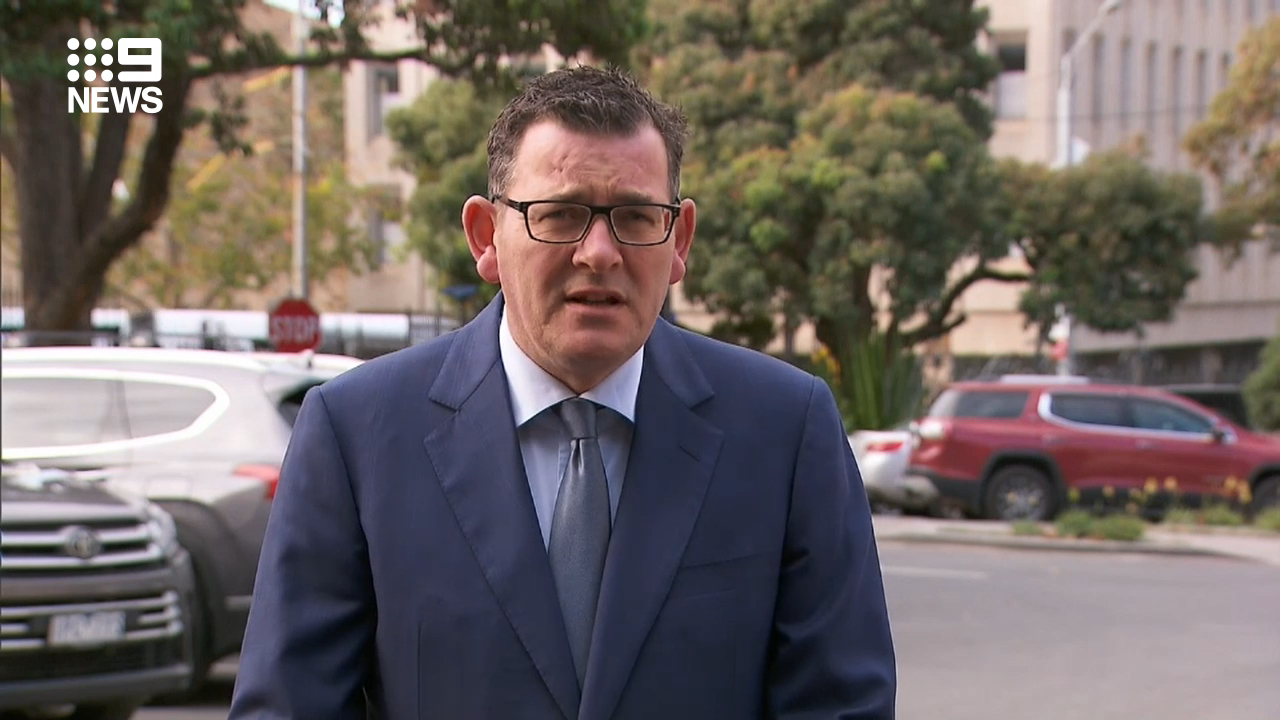 "They maintain they've done nothing wrong," he said.

"I believe they both made the appropriate decision."

Mr Andrews described Ms Kariouz's resignation as an "appropriate course of action", adding she decided to resign off her own accord.

He also said the national executive was facilitating a "substantial and meaningful" restructure of the party to deal with the "serious issues".

"There are very serious investigations going on, to equally serious matters both by IBAC and Victoria Police," Mr Andrews said.

Mr Somyurek was sacked from the ministry yesterday, in the wake of the explosive allegations reported in a joint investigation by 60 Minutes and The Age that alleged he handed over thousands of dollars in cash to pay for memberships and used parliamentary employees to stack branches and amass political influence within the Australian Labor Party. 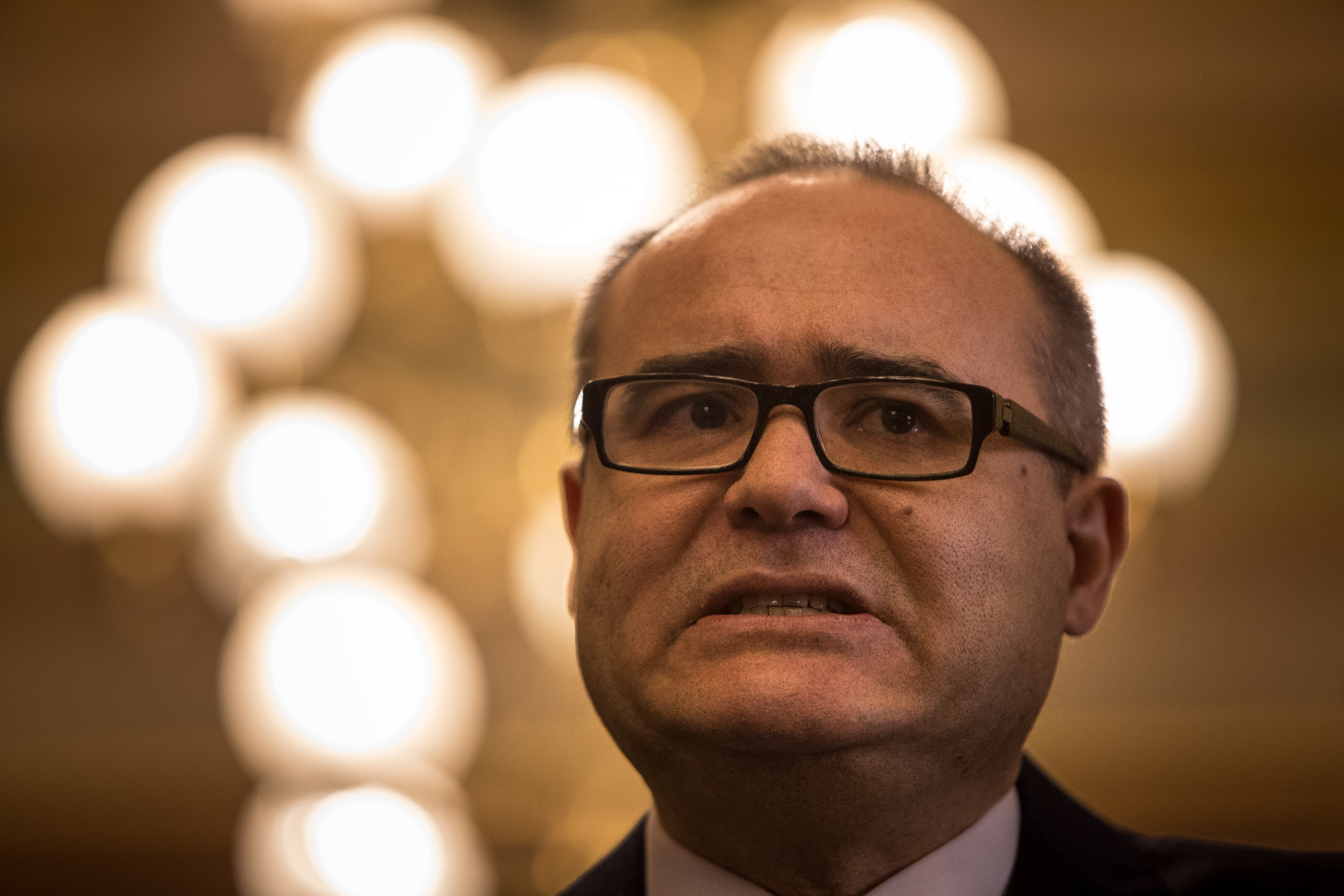 Question Time in Victorian parliament turned heated today when state Opposition Leader Michael O'Brien erupted over Mr Andrews' reinstating of Mr Somyurek in 2018 after he was sacked for alleged bullying.

"This is his corruption scandal. He's set the culture, he's set the standard."

"He was terminated as a minister," Mr Andrews said in Question Time.

"And yesterday he was recipient of a lifetime ban of the Australian Labor Party."

Mr Somyurek denied allegations of branch-stacking and in a statement yesterday said: "With respect to allegations made around memberships of the party, I reject those and will be providing a rigorous defence during any party process."

However, he did apologise for the misogynistic language used in the recordings against Minister for Women Gabrielle Williams and the LGBTI community, admitting it had cost him his job. "The conduct and commentary that was on display on Sunday night was deeply shocking and deeply disturbing," she said.

"I think it sends a very clear message that this language was unacceptable and that words matter. Bad attitudes towards women lead to bad outcomes for women."