Brazen thieves have been caught on camera using an allegedly stolen car to ram into a Gold Coast home and steal a Lexus and Mercedes-Benz.

Brazen thieves have been caught on camera using an allegedly stolen car to ram into a Gold Coast home and steal two more vehicles in an early morning crime spree.

Moments later stealing a Kia four-wheel-drive in Benowa Water at around 6.30am today, the thieves were then seen jumping over another home's gate and rummaging through another vehicle.

After finding a remote to the home's garage, the group could be seen ramming the Kia through the property's front gate, to then get away with a Lexus and a Mercedes Benz as the home's owner raced out and failed to catch them. 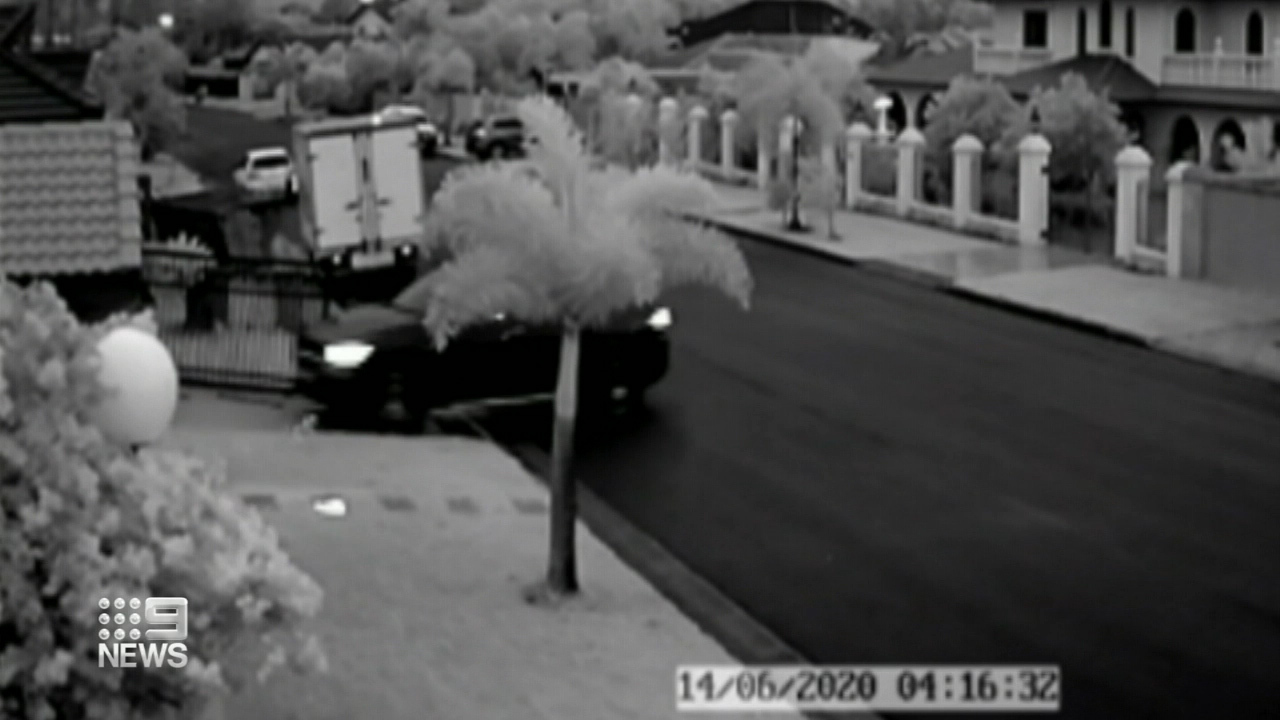 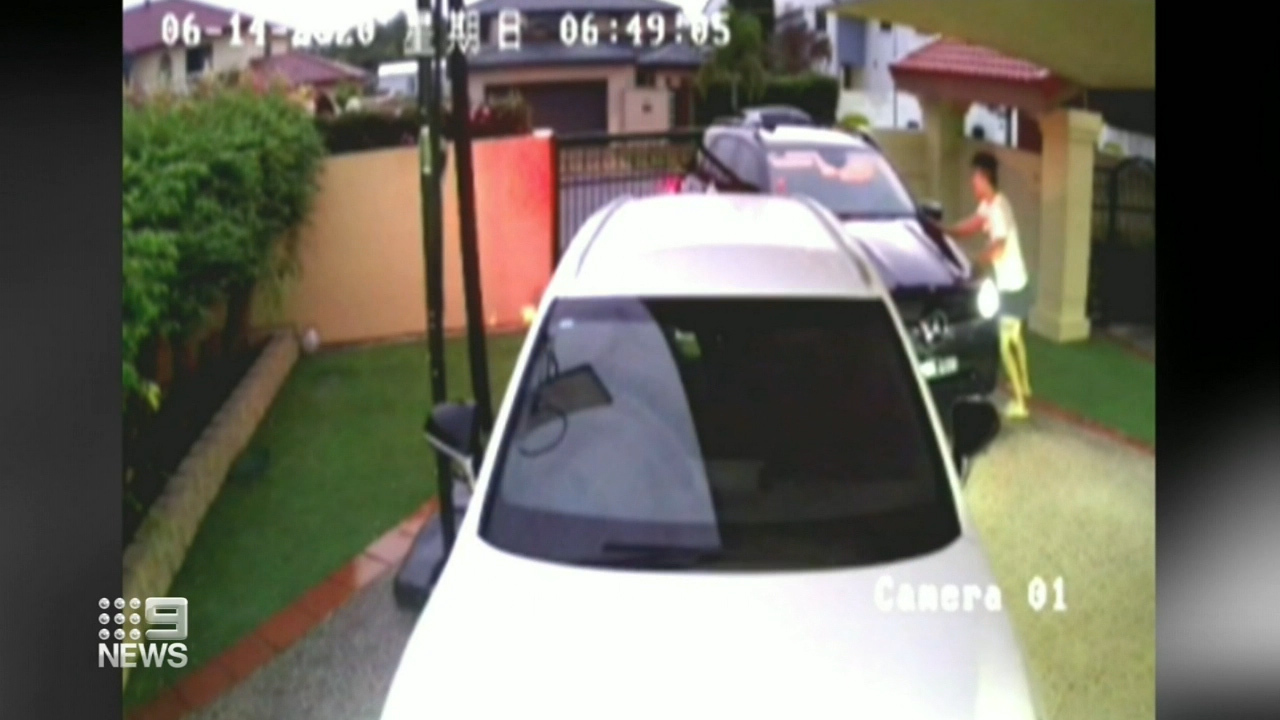 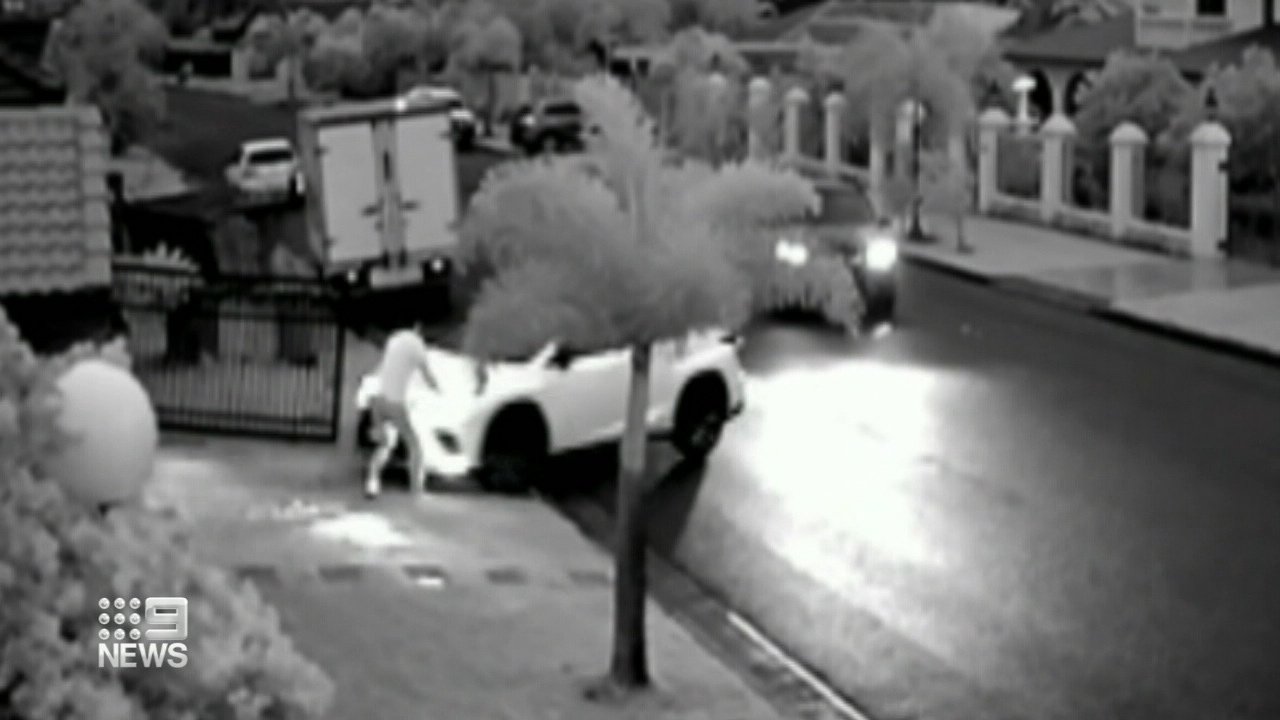 Local residents have told 9News crime in the area has recently increased so much that they have started their own neighbourhood watch.

"The wife is distraught, very shaken up. The husband is very angry this is what's happening – anger is building in our community," resident Critton Astras said.

"We've got about ten husbands and fathers who are risking their lives chasing crooks out of the neighbourhood."

The incident has drawn calls from Surfers Paradise MP John-Paul Langbroek for more police resources to be delegated by the Queensland Government.

"That's the level of frustration, that local residents are feeling they want to take matters into their own hands, because they think police have their hands tied and the courts aren't doing their job either," he said.