A bumbling burglar is nursing a sore backside after leaping from a second-story balcony in Melbourne’s inner-south, making off with a backpack of booze.

A bumbling burglar is nursing a sore backside after leaping from a second-story balcony in Melbourne's inner-south, making off with a backpack of booze.

Armed with a packet of Maltesers and a bottle of Coke, the daylight robber jimmied his way into Bunny Bar in St Kilda yesterday.

However, he was caught red-handed by the boss, forcing him to jump from the building.

CCTV also captured the thief in the act, who carefully put on gloves and opened the ATM, but failed to find any cash. 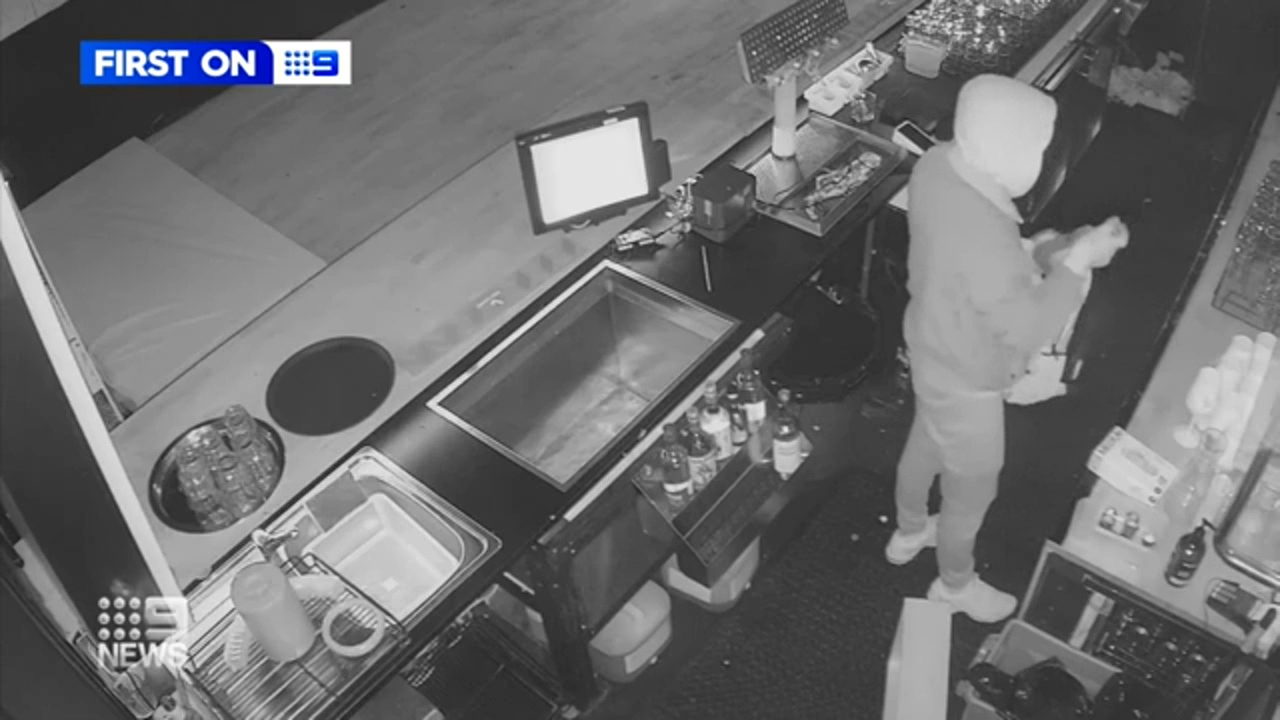 He then instead opted for a drink, commando-crawling his way to the top shelf of the bar, filling up bins with booze.

"I was a little taken aback, I mean he was literally filling up trash bins with booze, looking like he was planning on doing a couple of runs," general manager Tim Bates said.

He also ripped out a wifi modem and cash register, before he was busted by the boss who had just arrived at work.

"He obviously knew that he'd been busted and was in trouble and he panicked," Mr Rayner said. 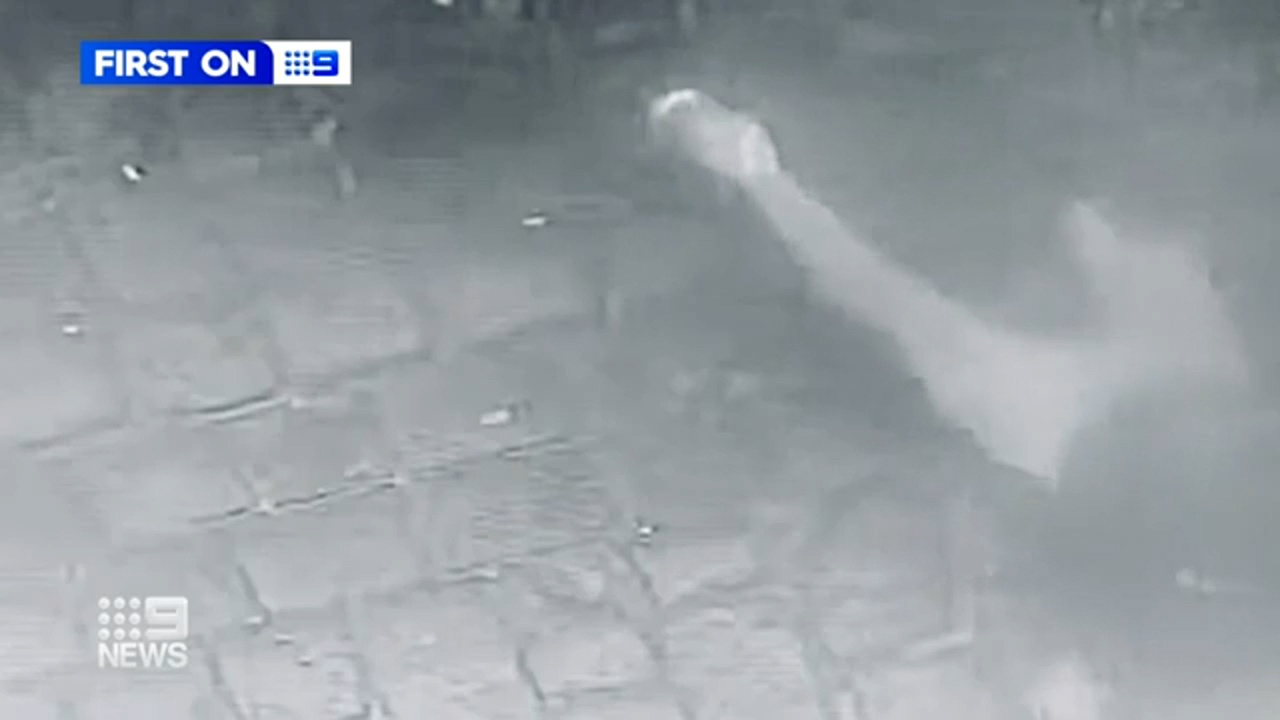 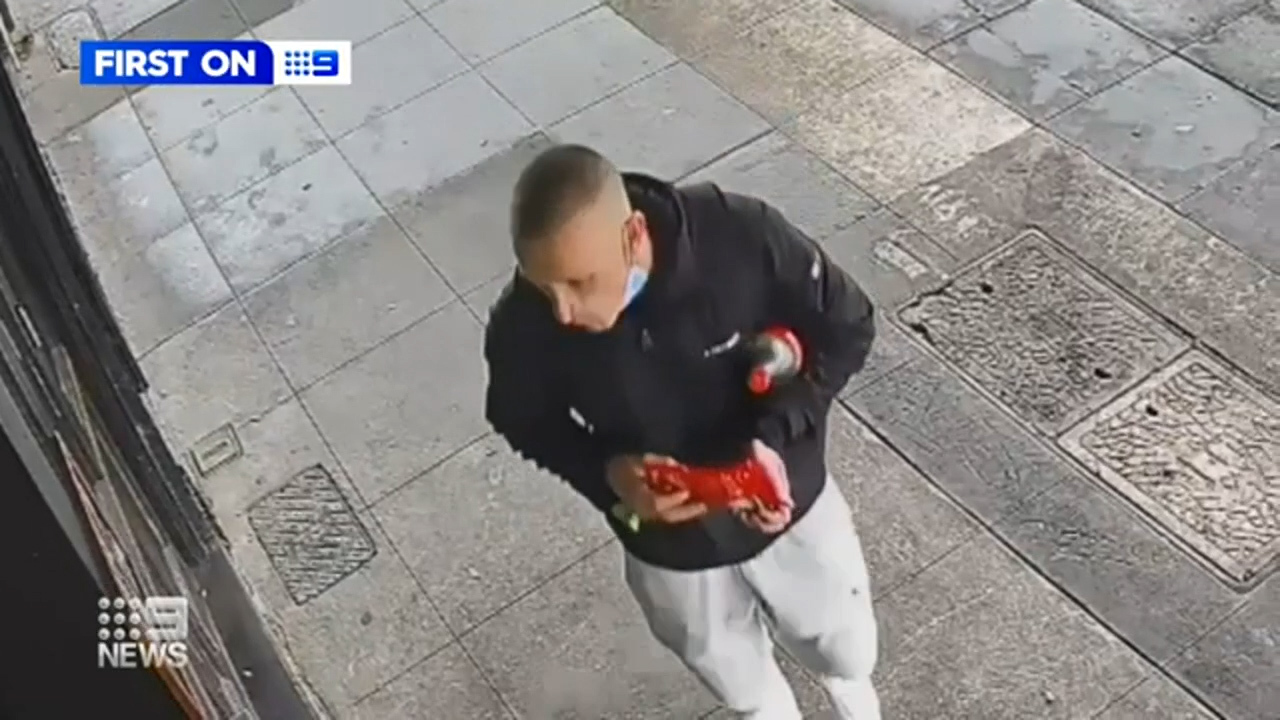 Mr Rayner then gave chase, shutting the door on him and calling police.

In a daring escape, the thief then took a leap of faith from the second-story balcony, landing on his backside below.

The bar has only been open about six months and it's already been targeted by thieves three times, leaving the venue thousands of dollars out of pocket.

"We're all trying so hard to get back on the green and make something out of our industry, which is absolutely crippled so for someone to come in and think this is acceptable it's just so disheartening," Mr Bates said.

The outgoing manager had just one message left for their bounding burglar:

"He left his Maltesers by the ATM and a bottle of coke," Mr Rayner said.

"Thank you for the Maltesers - I have enjoyed them."

The Malteser man is still on the run.