George Floyd said more than 20 times that he couldn’t breathe, but his pleas were repeatedly ignored as a white police officer knelt on his neck, killing him, according to transcripts of body camera footage released Wednesday.The accounts ad…

George Floyd said more than 20 times that he couldn’t breathe, but his pleas were repeatedly ignored as a white police officer knelt on his neck, killing him, according to transcripts of body camera footage released Wednesday.

The accounts add shocking new details of the minutes surrounding the Black man’s death in Minneapolis on May 25 and show how a cooperative encounter with officers quickly turned deadly, setting off nationwide protests calling for the dramatic reform of American policing.

In the transcripts, Derek Chauvin, a former Minneapolis police officer who has been charged in Floyd’s death, repeatedly ignores the handcuffed man’s calls for air and disregarded another officer who asked if Floyd, who was pinned to the pavement, should be moved onto his side.

Floyd: “My stomach hurts. My neck hurts. Everything hurts. I needs some water or something, please. Please? I can’t breathe, officer.”

Chauvin: “Then stop talking, stop yelling, it takes a heck of a lot of oxygen to talk.”

The transcripts came from body cameras worn by two of the four officers who were involved in the arrest of Floyd and have since been fired, Thomas Lane and J. Alexander Kueng. An attorney for Lane asked that his case be dismissed on Wednesday, pointing out that the transcripts show Lane asked Chauvin twice if he should turn Floyd on his side.

Chauvin, a 19-year veteran of the department, refused. “No, he’s staying put where we got him,” Chauvin said.

READ:  Kristen Stewart On The Most Intimidating Part Of Portraying Princess Diana 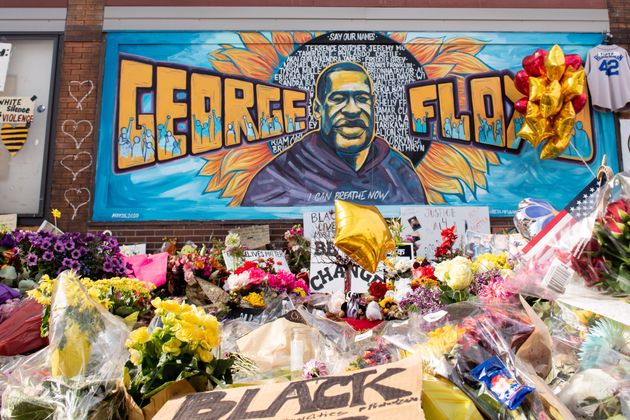 The transcript also adds context to Floyd’s arrest, which came after a report that he had tried to use a counterfeit $20 bill at a store. In the transcript, Floyd was recorded telling officers he was fearful of the police because he had been shot once before, and he begged them not to place him in a squad car because he was claustrophobic.

He later told the officers he was “scared.”

Lane’s attorney, Earl Gray, has called for the full video from his client’s body camera to be made public, saying it shows the “whole picture” and is more detailed than the bystander videos that first sparked national outrage. Gray has argued Chauvin bears the brunt of responsibility for Floyd’s death as the superior officer on the scene.

“They’re required to call him ‘Sir,’” Gray said in court a month ago, according to The New York Times. “He has 20 years’ experience. What is my client supposed to do but to follow what the training officer said? Is that aiding and abetting a crime?”