When Caitlin Lindon started working at a Melbourne Subway store as an 18-year-old she had no idea the enterprise agreement she was hired under had been negotiated more than 10 years ago.

When Caitlin Lindon started working at a Melbourne Subway store as an 18-year-old she had no idea the enterprise agreement she was hired under had been negotiated more than 10 years ago.

Ms Lindon was just eight years old when her working conditions were set under what is referred to by unions as a "zombie agreement".

She told nine.com.au that when she took the job with Subway in 2018, she assumed her wages were similar to what she would get working at any other fast food outlet.

"They gave me a contract, which had a few things outlined in it, but it all seemed pretty normal to me, because I didn't know any better," she said.

"I did talk about it a bit with my friends there too, but we all just thought they were super terrible fast food wages, and that's how it was." 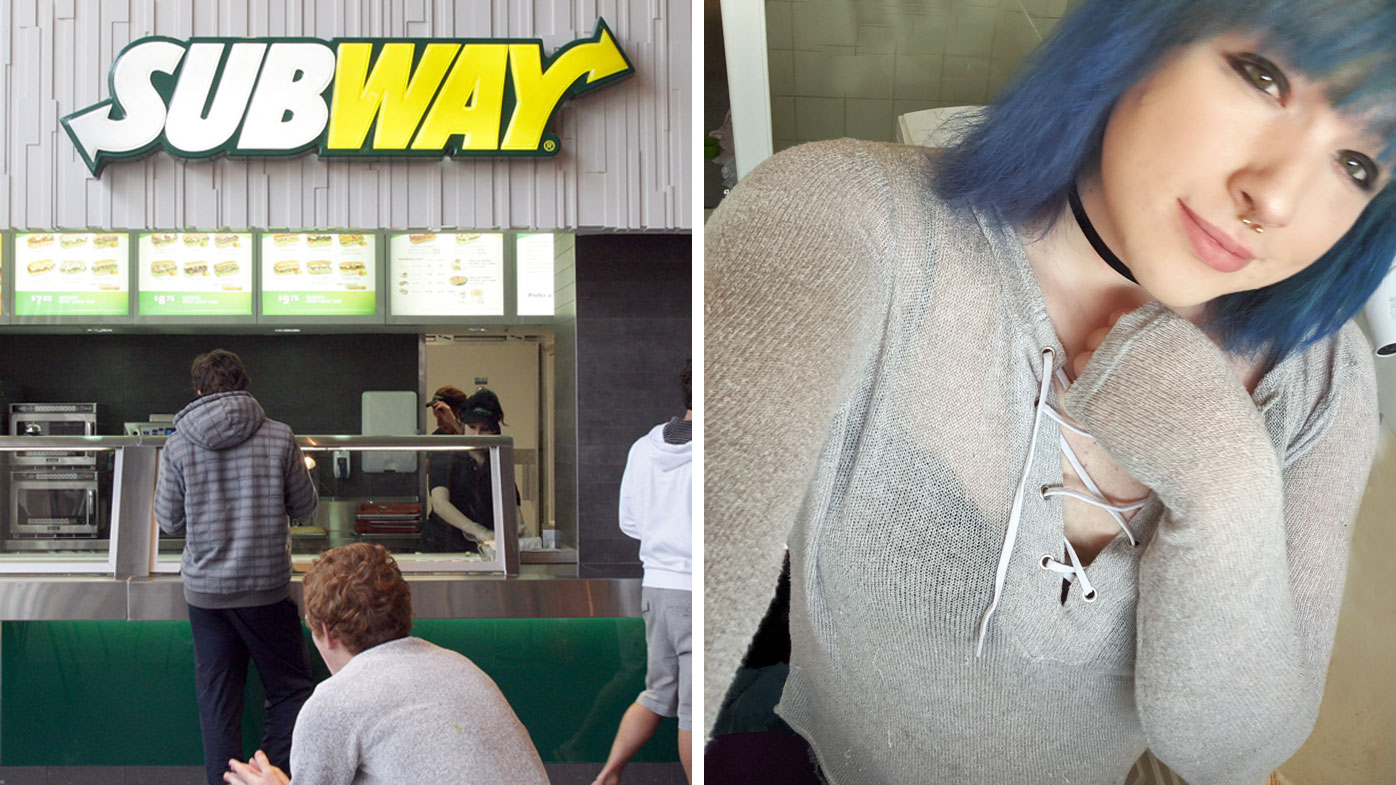 When Ms Lindon quit working at Subway in November last year, she was being paid $17 per hour.

It is estimated thousands of Australian employees, working in a range of fields, are employed under these "zombie agreements" – which are perfectly legal because of a loophole in industrial relations law.

The outdated contracts are dubbed "zombie agreements" because they never die, unless employees manage to renegotiate them.

In Ms Lindon's case, her enterprise agreement was written up in 2007 during the Howard Government's WorkChoices era.

Despite working irregular hours every week, Ms Lindon was classified as a part-time employee, which meant that her hourly rate was $4 less that she would have received as a casual.

She also did not receive penalty rates for working on weekends as she would have under the minimum fast food award wage.

Felicity Sowerbutts is the director of the Young Workers Centre union in Melbourne, and said Subway franchises were well known for employing workers under outdated agreements.

"What we find with a lot of these Subway stores is that they are operating under agreements which are really old now. And they wouldn't pass the BOOT (Better off Overall Test) if they were negotiated today," Ms Sowerbutts said.

"With some of these old WorkChoices agreements, because they were passed prior to 2009, it means that so many young workers are not earning an hourly rate which is in accordance with the award. It's pretty outrageous.

"Many of them are missing penalty rates, and a range of entitlements like overtime provisions or uniform allowances." 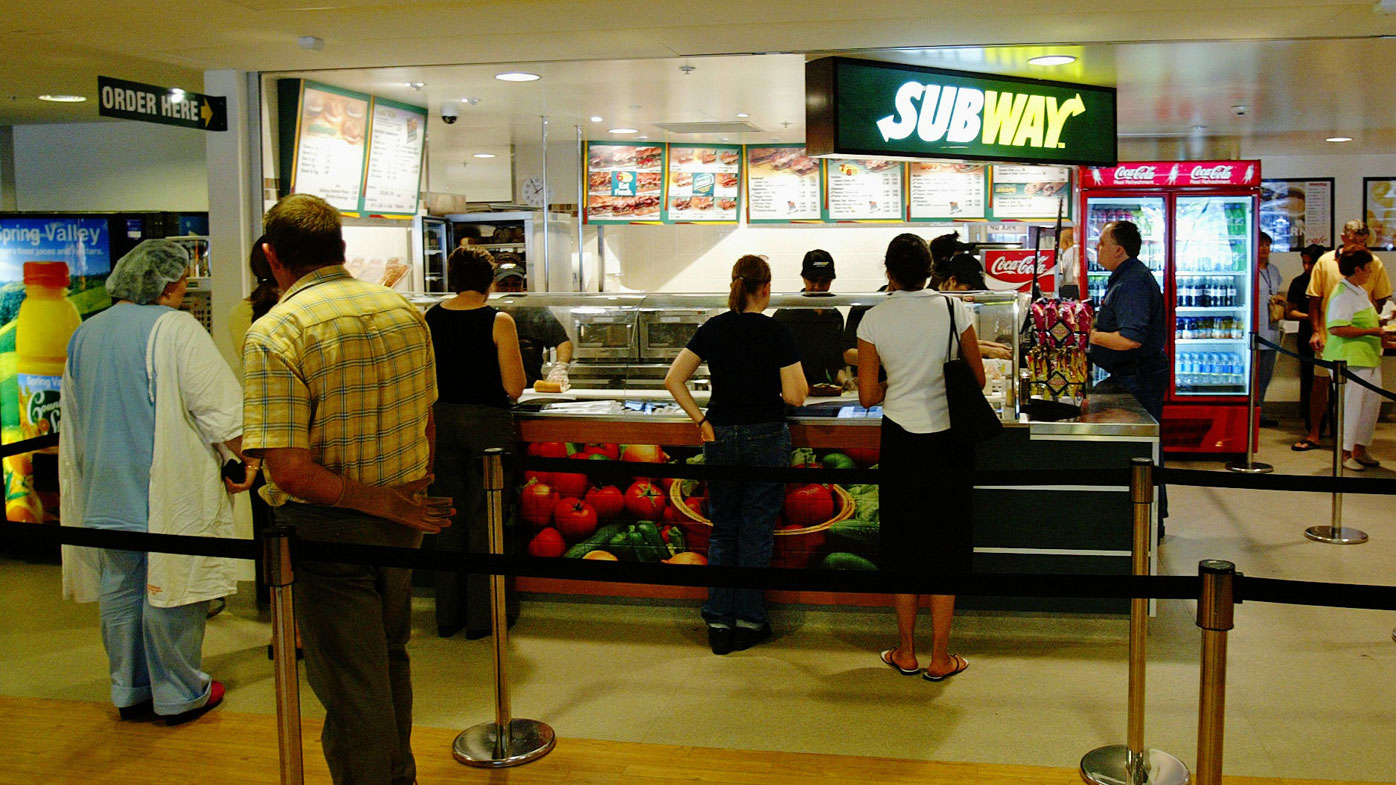 In September last year, the Fair Work Ombudsman (FWO) slapped Subway with heavy fines after an investigation found 18 of its Australian franchises were guilty of underpaying workers by up to $150,000.

Ms Sowerbutts said the FWO investigation dated back to 2017, and her union had received 150 complaints from Subway workers since that date, indicating not much had changed.

"We have had more complaints from Subway employees than any other employer," she said.

However, unlike the cases uncovered by the FWC, the use of "zombie agreements" is legal.

There are two main loopholes in Australia's industrial relations system which mean that workers can legally be paid substantially less than the minimum award.

Many of the outdated enterprise agreements do have expiry dates written into them, but this does not mean they automatically expire.

"A lot of the agreements passed by Fair Work between 2006 and 2009, during the WorkChoices period, were set to expire after a maximum of five years, so no later than 2014. But ultimately, unless a worker terminates them, they are ongoing," Ms Sowerbutts said.

READ:  Trump says he is best president for black Americans 'since Lincoln'

"We know that across hospitality, fast food and retail alone, at least 4000 agreements were registered between 2006-2009 that haven't yet been terminated. There are still hundreds out there covering thousands of workers."

A spokesperson for the Fair Work Commission said the commission could terminate an agreement after its expiry date if an application to do so was made by an employee, and if it was considered appropriate for all affected parties.

Loophole number two: Only an employee's 'base rate' needs to meet the minimum wage

Under industrial relations law, an employer needs to keep up with annual pay increases for the minimum wage made by the government.

However, this only applies to the hourly base rate of pay in an enterprise agreement.

The base rate does not include penalty rates for working weekends and public holidays or casual loading.

This means that a casual worker can be legally paid an hourly rate that is less than the award, and also not be paid penalty rates.

Queensland dad Andrew* told nine.com.au this is exactly what happened to his daughter, who still works at a Subway store and is employed under a 2011 enterprise agreement.

In 2009, the Fair Work Act made it mandatory for all new enterprise agreements to pass a better off overall test (BOOT), a process overseen by the FWC, but this only applies at the time the agreement is approved. 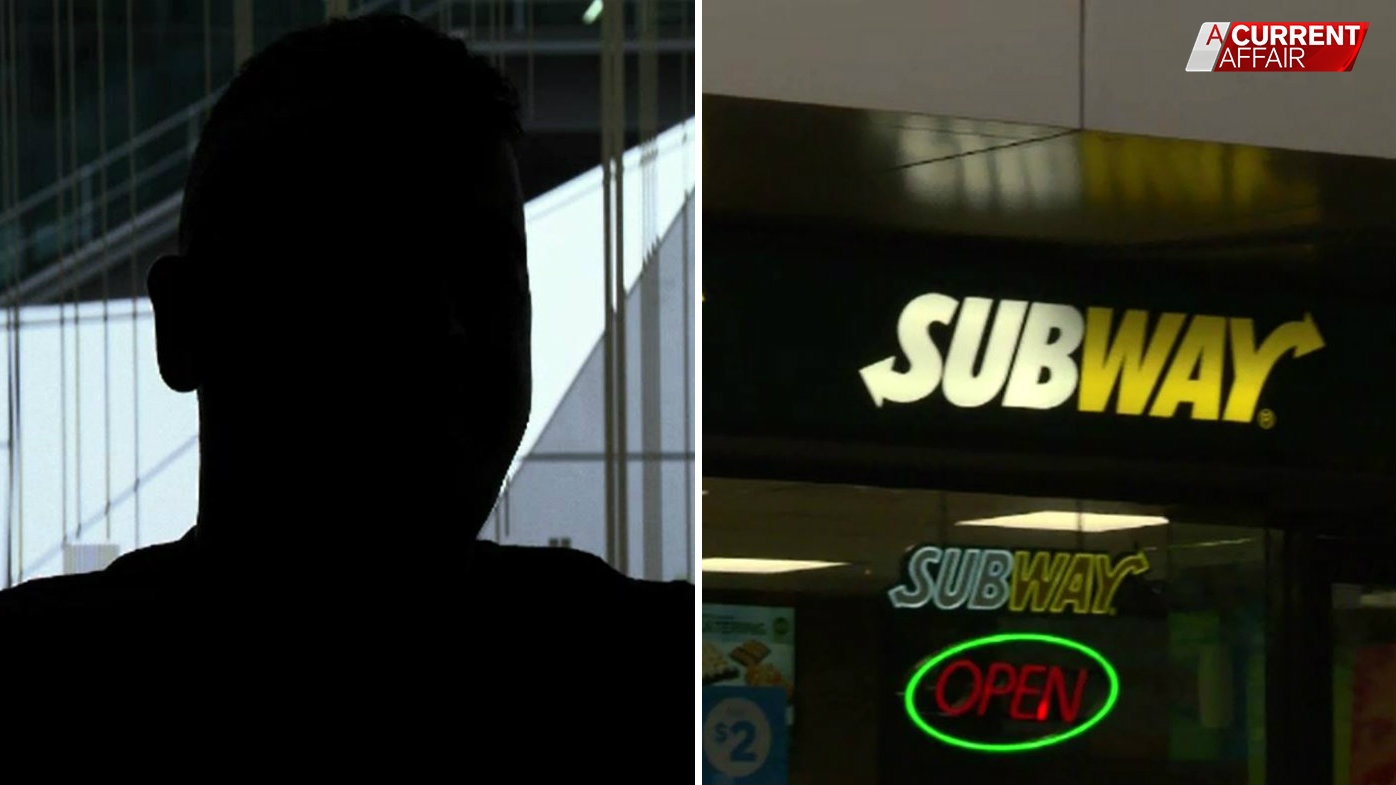 Under Andrew's daughter's enterprise agreement, seen by nine.com.au, employees were initially given a higher, hourly base rate to compensate for getting no weekend or public holiday penalty rates, therefore passing the BOOT test.

READ:  Police burn 'millions' worth of cannabis in Adelaide

Andrew said he was shocked to discover what Subway was doing with his daughter's wages was legal.

"It's disgraceful. If there is an agreement in place, then what is the point of having an expiry date if those expiry dates don't end the contract. It should, at that point, revert back to whatever the award is," he said.

Andrew said his daughter and many others at her store were unhappy with their wages but still too scared to speak out.

A spokesperson for Subway said that the company had "zero tolerance for deliberate wage theft".

"Anyone working in a Subway restaurant is entitled to fair pay and conditions," the spokesperson said.

However, all enterprise agreements approved by the Fair Work Commission could lawfully operate until a party applied to end the agreement, they added.

"Subway undertakes proactive audits of franchisee employment records and has stringent internal workplace review requirements for franchisees.  Failure to meet the law will result in enforcement action, including possible termination of a franchise agreement."

*Name has been changed

Got a story? Contact reporter Emily McPherson at emcpherson@nine.com.au