Starting as a desktop webpage before evolving into one of the most popular smartphone apps, Google Maps has made it simple for travellers to find shortcuts, avoid traffic and reach their destination.

Through software glitches or user error, there have been harrowing and hilarious examples of Google Maps leading people astray.

Here are some of the most interesting Google Maps mishaps from the past 15 years.

'Blue Mountains is not here'

When sightseers sought directions to the "Blue Mountains" on Google Maps, it did not direct them to the Three Sisters or the tourist towns of Katoomba or Leura.

Instead people were directed into a dead-end street in the village of Dargan. 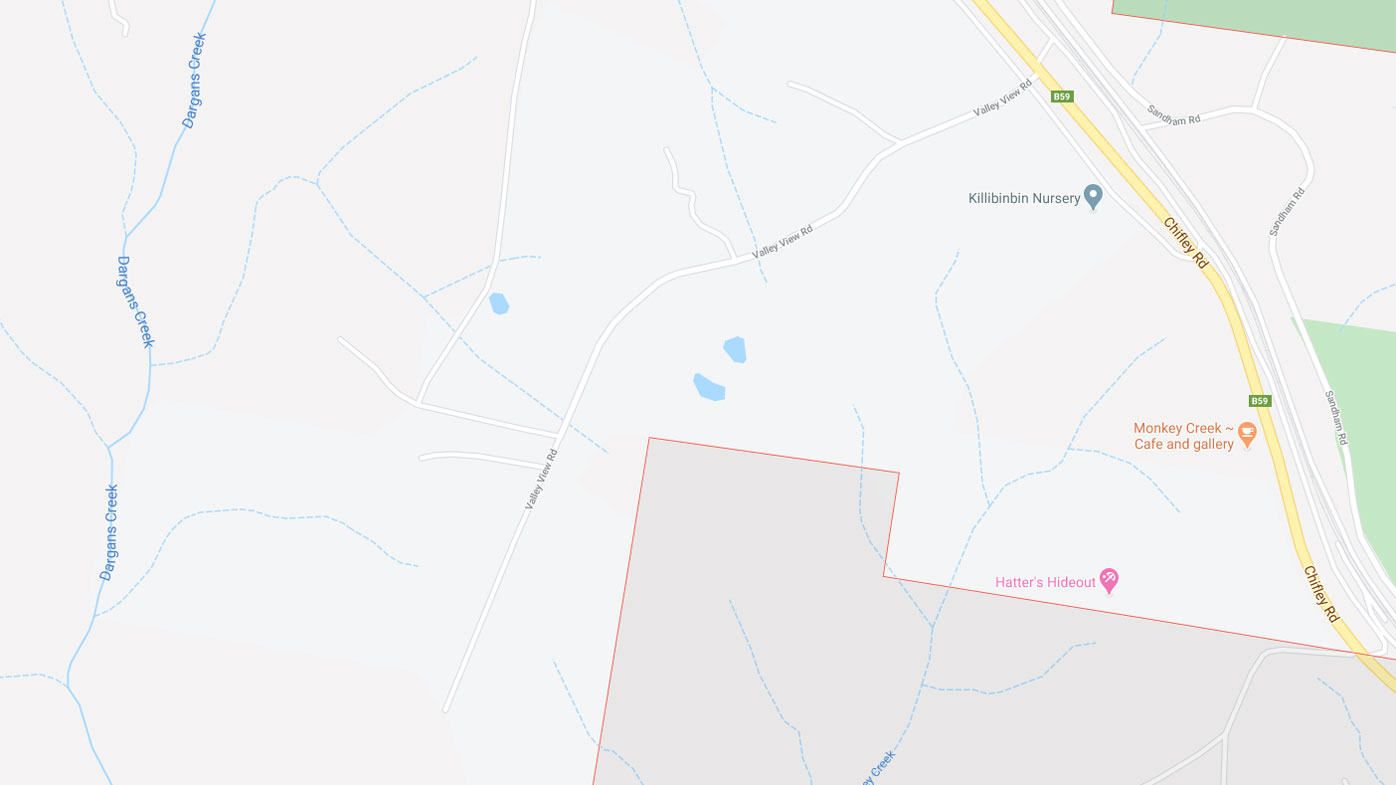 So many confused tourists were ending up in the cul-de-sac that locals had to put a sign up: "Blue Mountains is not here (Google Maps is wrong)".

The destination has since changed, but things aren't much better. Now tourists are directed down a road in Glenbrook, at the eastern foothills of the range.

A grey dotted line then insinuates users should walk a hundred kilometres into isolated bushland.

In the centre of the US city of Minneapolis, there is a major pedestrian footbridge over the Mississippi River.

But when Google Maps directed an out-of-towner to cross the river at 3am this Saturday, he took it at face value. 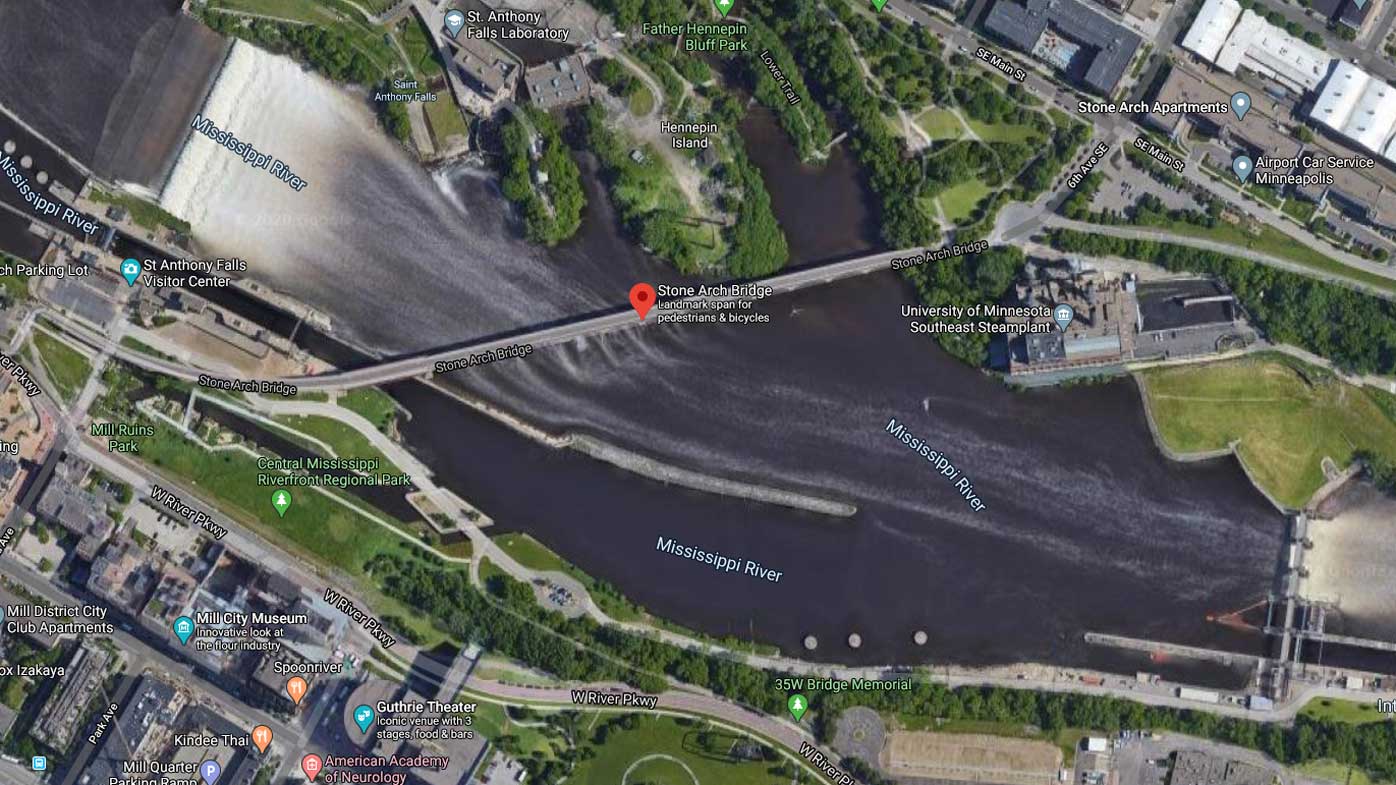 The man walked across the frozen Mississippi, that is, until he fell through the ice.

He was rescued by the local fire department and treated for a mild case of hypothermia.

Read more: The places you can't see on Google Maps

Amber VanHecke was heading to the Grand Canyon on a solo trip in 2017 when Google Maps reportedly directed her down a road that did not exist.

But the time she realised how far she was from civilisation, her car ran out of petrol.

For five days she was stranded in the Havasupai Reservation in Arizona, trying to signal planes flying overhead and teaching a family of prairie dogs to eat from her hand. 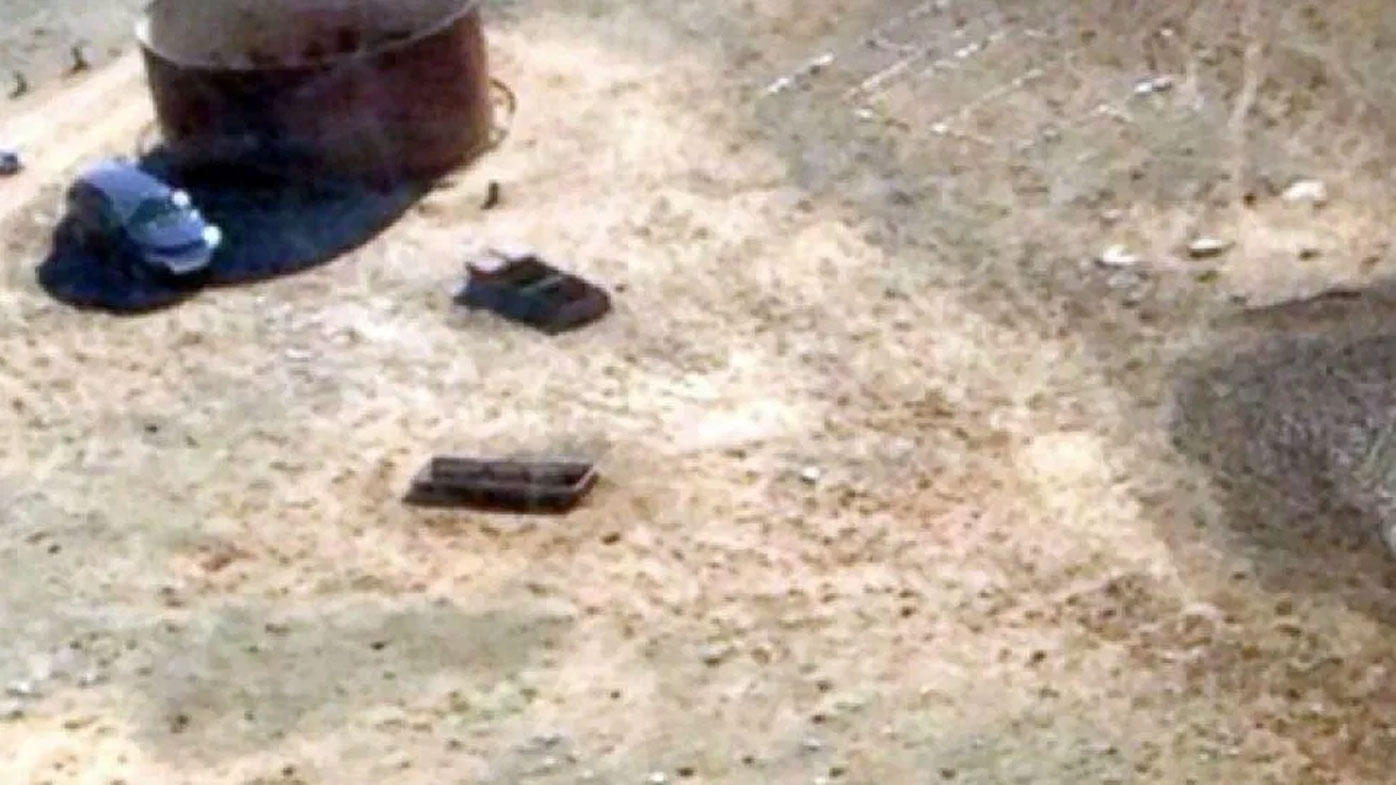 She eventually walked 18km in a single day to try and get a phone signal. When she did, she was able to speak to 911 dispatchers for just 49 seconds.

It was enough to compel authorities to go out looking for her, and she was found soon after.

You can blame Google Maps for this one, or bad urban planning.

Because in the Dallas suburb of Rowlett, Cousteau Drive eases around a curve to become Calypso Drive.

Which made it hard for Google Maps to tell the difference between 7601 Calypso Drive and 7601 Cousteau Drive, literally two doors down from each other. 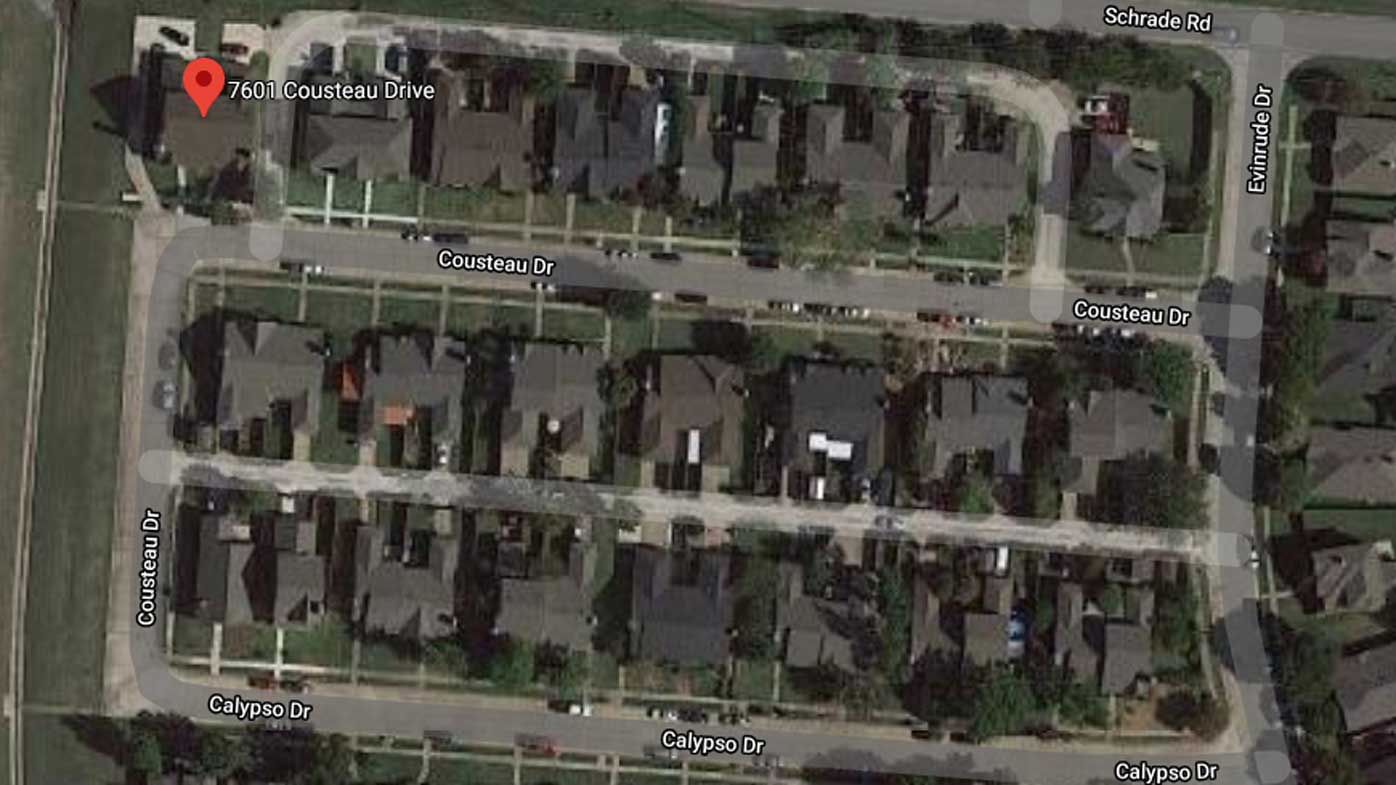 And a demolition company didn't think to double-check before they knocked down the wrong house in 2016.

Google Maps acknowledged the error, but the council did not accept any responsibility.

Days later, the demolition company pledged to make it right.

Baunei is a stunning hillside village on the Mediterranean island of Sardinia.

But in October the village had to put up signs warning tourists not to follow the directions given to them by Google Maps. 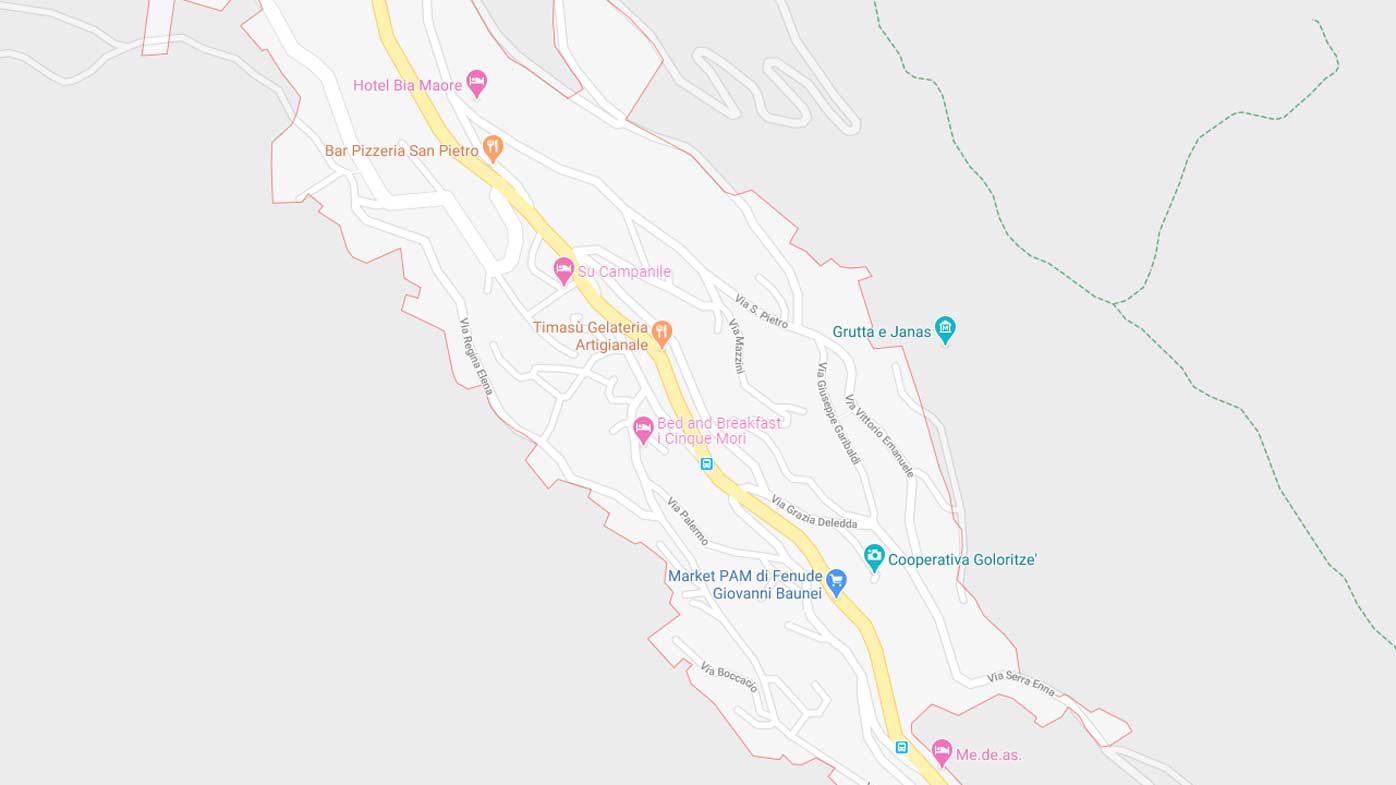 It comes after 144 emergency call-outs for lost hikers and cars stuck on impassable mountain paths.

The village has begged Google Maps to fix their site so tourists stop needing to be rescued.

After a crash near Denver International Airport, Google Maps directed hundreds of cars down an alternative route.

But the shortcut was actually a narrow dirt road, which heavy rain had turned into a muddy mess. 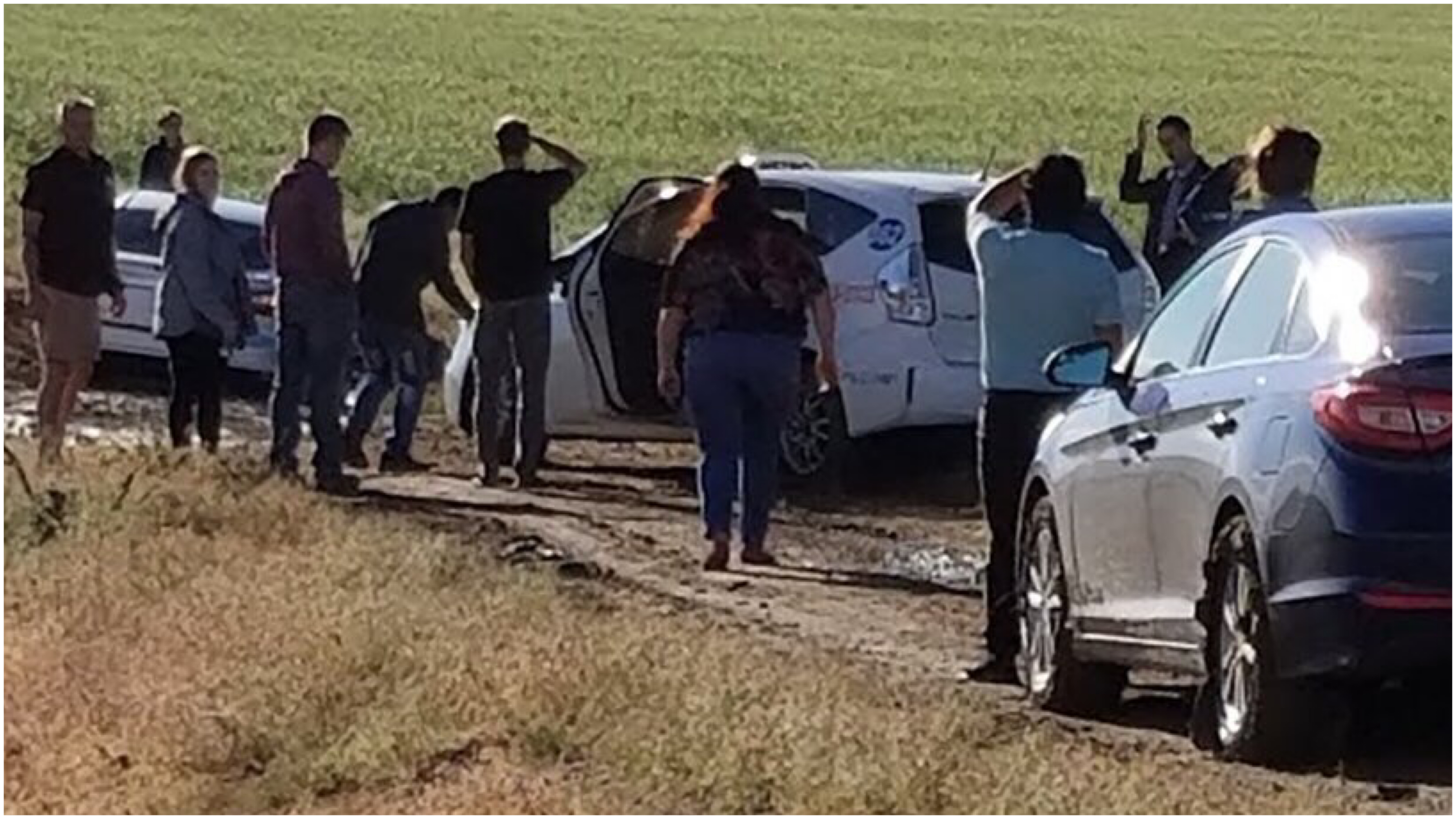 When some cars became bogged, hundreds of others behind them could not get through.

Which made for an anxious trip for many with planes to catch.

Read more: How to stop Google Maps tracking your location