Going to the gym is a regular part of many people’s routines, and as with any public activity, it comes with many opportunities for rude behavior. “Because a gym is a shared space, one where adrenaline is in ample supply, members … 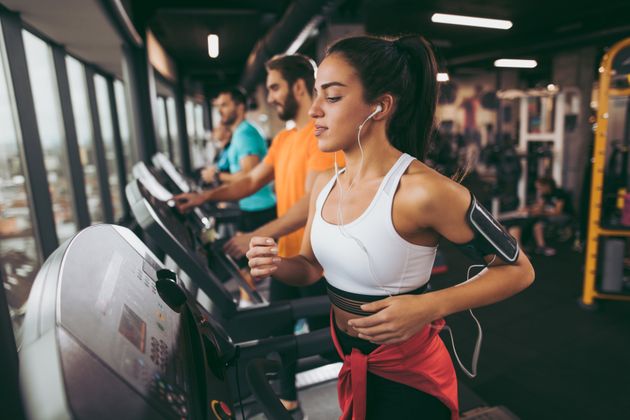 Going to the gym is a regular part of many people’s routines, and as with any public activity, it comes with many opportunities for rude behavior.

“Because a gym is a shared space, one where adrenaline is in ample supply, members must be particularly mindful of how their behavior can adversely affect the experiences of others,” said Thomas P. Farley, an etiquette expert also known as “Mister Manners.” “Whether their commitment entails a once-a-week treadmill run or a daily heavy-lifting regimen, all members should remember they are part of a community and therefore need to follow common-sense guidelines to ensure everyone hits their goals.”

Of course, people are often not aware of the consequences of their actions in shared spaces ― gym or otherwise. To help make working out an enjoyable experience for everyone, HuffPost asked Farley and other etiquette experts to identify the faux pas they often see people committing at the gym. Read on for 11 examples.

Not Wiping Down Equipment

After you sweat all over a piece of equipment, it’s important to wipe it down before moving onto the next machine.

“Nobody wants to sit in your sweat,” said April Masini, an etiquette expert and fitness advocate. “So grab a towel or wipe to clean it.”

If you notice someone else failing to do this, there’s a polite way to confront them, said Jodi R.R. Smith, president of Mannersmith Etiquette Consulting.

“You can say, ’Oh excuse me, I don’t think you realized it, but there are paper towels over there so you can wipe down the machine,” Smith said. “Most people are well-intentioned and will do that. But don’t engage further if they disagree. Just go tell some staff members.”

If you use the free weights at the gym, be sure to put them away when you’re finished. Leaving them on the floor is not only rude but can pose a safety hazard, as people may trip over them.

“This is a kindergarten skill,” Smith said. “Once you’re done playing with your toys, put them away.”

Masini said it’s important to re-rack weight plates because you don’t know who will be using the equipment after you.

“These big guys are working out with multiple 45-pound plates on each side of a leg press, and then someone like me has to put them back ― it’s like having a workout before even getting to my workout,” she said.

Be mindful when you’re using or returning your weights, as well. Farley noted that “dropping heavy weights rather than placing them gently” on the ground is “among the biggest etiquette lapses at the gym.”

In the age of iPhones, people often sit on equipment texting without realizing that people are waiting to use it. Other times, they use a particular machine for a long time and prevent others from completing their workouts.

“If I’ve been waiting for a long time, I may say something like, ‘I hate to trouble you because it looks like you’re training for something, but I need two minutes on this machine. Do you mind getting off, so I can work through my circuit?’” Smith suggested. “Often people say, ‘Oh, I had no idea you were waiting!’ or, ‘Yes, I was just finished!’” It’s common to listen to music while working out, but be sure to keep it in your earbuds.

“Some people have their music playing so loudly that others nearby can hear it ― which is annoying to those people and also really bad for your ears,” said Smith. “People shouldn’t be able to stand by you and know what music you’re listening to. And be respectful about singing along. Even if you’re a Broadway star, don’t assume people in a confined space want to hear you singing.”

Laughing At Other People Working Out

“It’s disheartening when people are mean-spirited and stare or laugh at people who are somewhat out of shape,” Masini noted. “If you’re someone who hasn’t spent much time at the gym, you probably feel intimidated, so it takes a lot of courage to get there.”

Rather than encouraging inexperienced gymgoers, many people make them feel embarrassed, insecure and less inclined to return.

READ:  Biden Responds To Reports Trump Will Declare Early Victory: ‘Not Going To Steal This’

“That’s why a lot of people quit,” Masini added. “They don’t feel confident, especially after feeling people staring and laughing at them.”

Talking On The Phone

Farley advised against “talking on one’s cell phone while others are nearby.”

Smith echoed this advice, noting that it can be OK to have a chat with the person on the machine next to you, but phone calls in the gym push the boundaries of etiquette.

“It is infinitely more annoying to listen to half a conversation than it is to listen to a whole conversation, so don’t subject people to listening to you talk on the phone,” she said. She added that you can make an exception with something quick like an appointment confirmation.

Leaving A Mess In The Locker Room

The locker room is another shared space that gymgoers should respect.

“Among the missteps gym members might make here include leaving towels on the floor and benches rather than dropping them in a laundry bin,” Farley said.

“Don’t take forever in the shower and then leave your shampoo bottle or wrapping from the soap or hair in the drain,” Smith said. “If you’re shaving at the sink, rinse and wipe down the sink at the end. Nobody wants to see the evidence of your grooming regimen.”

Masini highlighted another unhygienic locker room behavior. “Don’t sit on a bench or sofa or chair completely nude,” she said. “Now the next person’s got to go and sit there.” 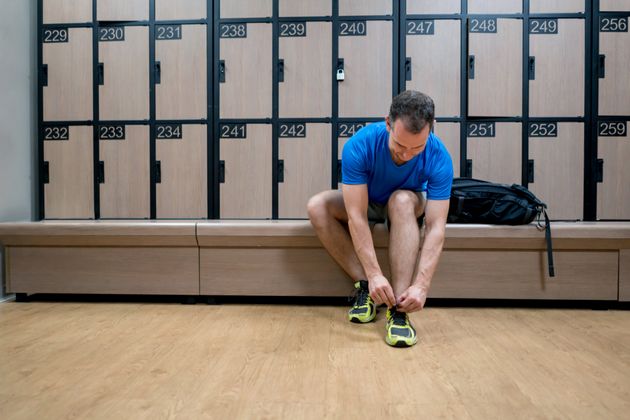 It’s natural to sweat and produce an odor while exercising, but you shouldn’t show up to the gym in dirty workout clothes you haven’t washed since your last visit.

Mentioning another way people fail to be considerate in the gym-odor category, Masini said, “You’d be surprised how many people don’t shower and don’t wear antiperspirant.”.

Although it can be OK to chat with the person exercising next to you, you should be mindful of your conversation’s volume level and whether you might be distracting others.

“Don’t act like it’s social hour,” Masini said. “Sure, some gyms are more socially inclined, but others, like the one where I go, are very serious. People there don’t want to be interrupted for chat time. And it’s a bad habit to go up and start talking to someone when they’re in the middle of a set.”

If you want to take a mirror selfie at the gym, don’t make a big production of it or expose others.

“Don’t take pictures in the locker room. It’s disrespectful of others’ privacy,” Smith said, noting that people walk around in various states of undress. “Even if you aren’t trying to include other people in the photo, someone could walk by. People should be able to walk through the locker room with the expectation that they won’t be photographed.”

As for the gym floor, it’s best to take up minimal space and be quick with your selfie-taking.

“You want to be careful. Minimize the number of other people you capture in the background,” Smith said. “And don’t use the guise of taking a selfie to get a picture of someone else working out to body-shame them. If someone else is doing something rude, don’t selfie-shame them, either. Speak with them directly and politely, and get the staff involved if that doesn’t work.”

Overall, gymgoers should be respectful of each others’ personal space, whether that’s space in the locker room, at a fitness class or on the gym floor. And it’s not just physical space.

“No creepy staring,” said Smith. “Human beings are notoriously accurate at being able to tell when someone is staring at them, even from behind. And if somebody is more private about their body, don’t stare at them as you walk by in the locker room. Give them the space they need to change.”