Retired wrestler Rocky Johnson, the father of actor Dwayne “The Rock” Johnson, reportedly died Wednesday night at the age of 75.He was celebrated within the wrestling community as the first Black World Tag Team champion in the World Wr… 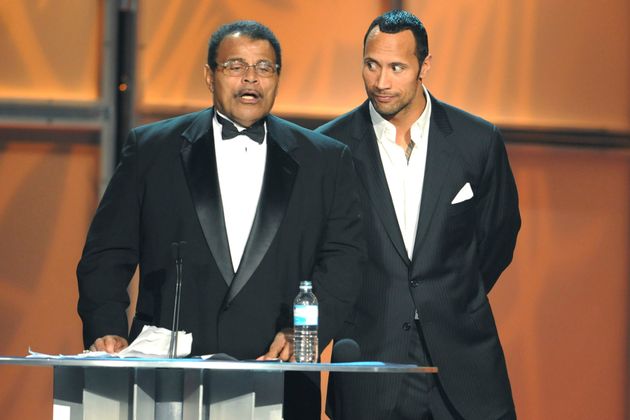 Retired wrestler Rocky Johnson, the father of actor Dwayne “The Rock” Johnson, reportedly died Wednesday night at the age of 75.

He was celebrated within the wrestling community as the first Black World Tag Team champion in the World Wrestling Federation, which was later rebranded as the WWE.

WWE was the first organization to report on his death. NBC News confirmed the report with Dwayne Johnson’s manager but did not provide details on the circumstances surrounding the death.

Rocky “Soul Man” Johnson was born in Nova Scotia, Canada, as Wade Douglas Bowles, and started his career in professional entertainment wrestling in July 1965, according to his memoir published last October.

His impressive performances and his storied career earned him a spot in the WWE Hall of Fame in 2008.

His son has not made any public statements on his death.

He retired from wrestling in 1991, but continued to train his son, who became one of the most memorable wrestlers in the WWE before pivoting to a career in acting.

In March 2019, the younger Johnson opened up about his relationship with his dad and how they’d grown close over time. The actor said he called his dad to say he was going to buy him a house, to which his dad replied, “I’m so proud of you, and I love you so much.”

In that Instagram post, Dwayne Johnson revealed that his father had been kicked out of his house and “forced ... to live on the streets” on Christmas Day when he was only 13 years old.

So [my dad’s] reality of compassion and love was forged thru pain and toughness. He raised me with that tough physical love and used to beat my ass in the gyms and on wrestling mats. I hated it then as a little boy, but grateful for it today as a man. It’s shaped my DNA and helped inform how I raise my own babies (minus the ass kickings;)

HuffPost has reached out to Johnson’s management team for comment.