The locals call Leichhardt Oval the eighth wonder of the world. It’s always been done with tongue firmly planted in cheek.

The locals call Leichhardt Oval the eighth wonder of the world.

But for this last weekend, round two of the NRL, Leichhardt Oval truly has had the world's attention as one of the few locations on the planet where live sport is being played, as country after country falls foul to coronavirus. And despite the ban on spectators at NRL games, there are a handful of fans who will get to see the two games here live.

They are the neighbours of Leichhardt Oval. 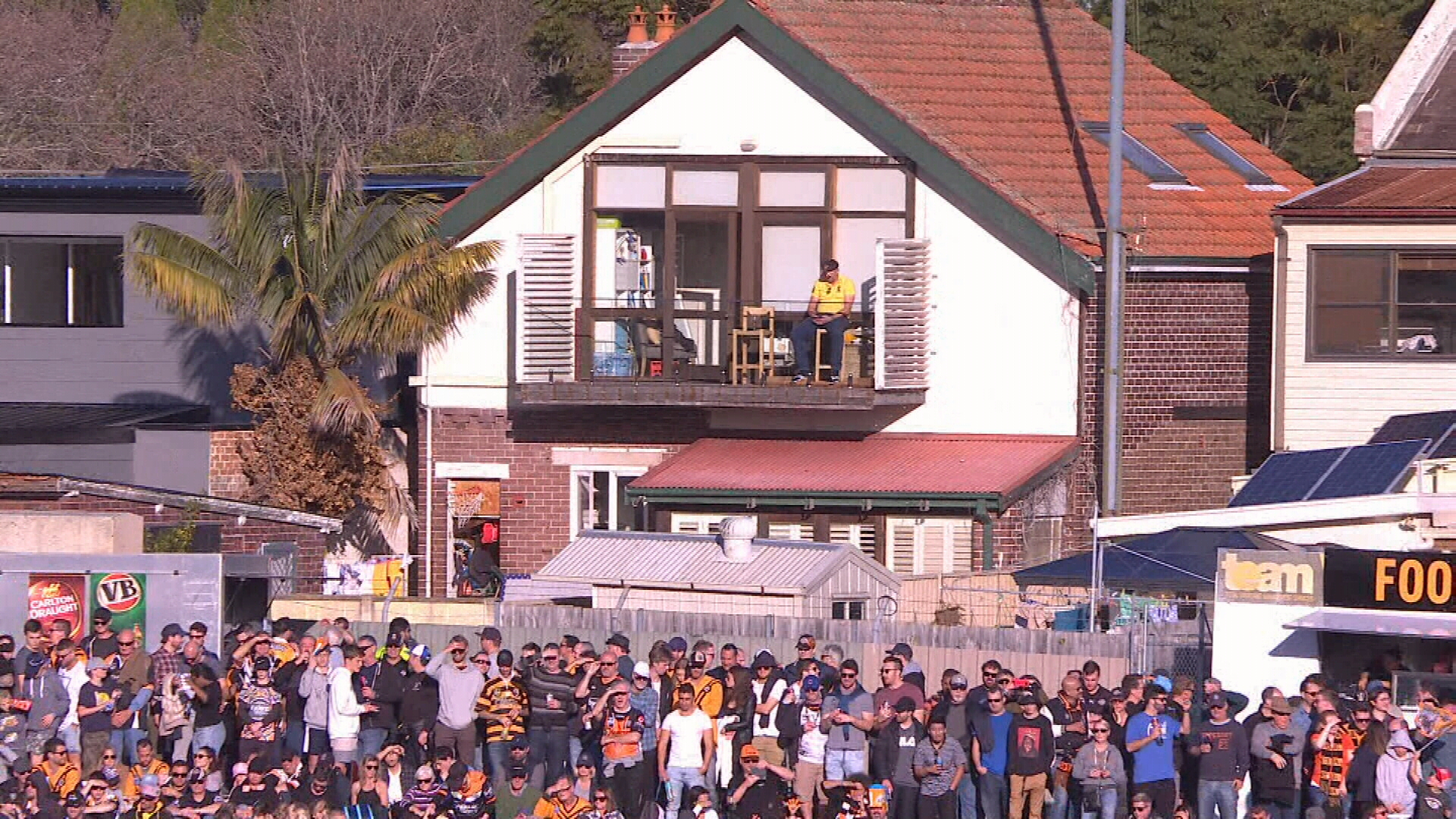 Stuart Granger has what is probably the most famous balcony in rugby league.

Perched on the southern fringe of the eastern hill, Stuart's double-story terrace that he shares with his family has a view encapsulating both ends and across to the western grandstand, interrupted by the roofline of a newly erected shed. "Friends always come out of the woodwork on game day," says Stuart, as they have this weekend.

Stuart is a long-term league fan; he remembers the days when the mid-week Amco Cup competition was played at Leichhardt in the 1970s. He knew the significance of the house to rugby league when he bought it over a decade ago.

After seeing the crow's nest of a second floor when he first inspected the house, he raced back downstairs to lock in his bid.

Next door, Mitchil Mann moved in only three weeks ago. His home is so close to the ground that you can hear the generator of the beer van tick over. 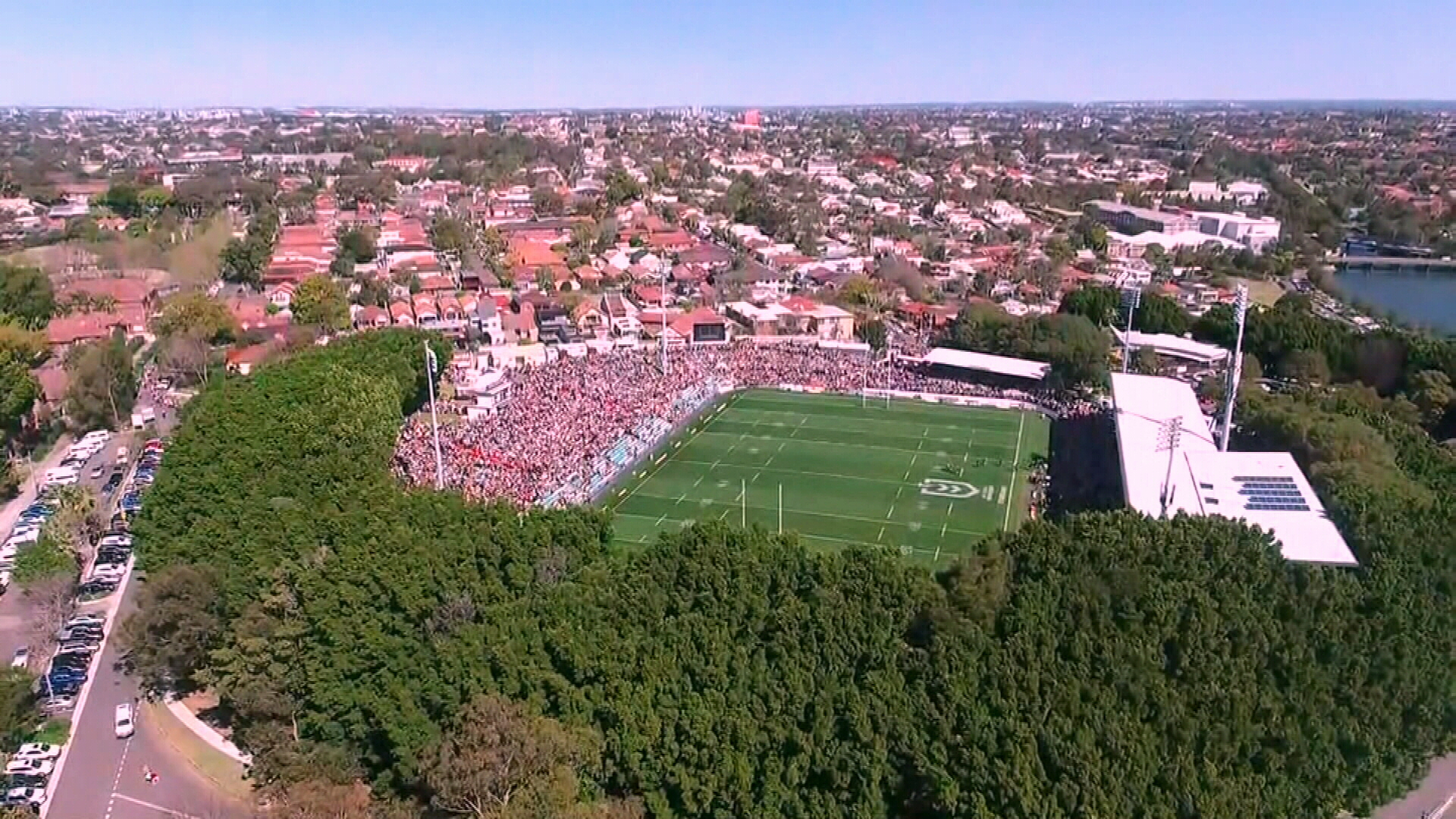 Mitchil has built a platform of milk crates along the back fence, next to the laneway named after legendary fan Laurie Nichols, who would attend Tigers matches when they were Balmain, dressed only in a singlet and shorts, throwing shadow punches as his team took to the pitch.

"I had no idea it was this close," says Mitchil, on his initial inspection.

Being a Tigers fan himself, the lease would be signed post haste.

He had a bunch of Roosters mates around yesterday for the game against the Sea Eagles, and today will be cheering the Tigers from his milk crate riser, as they face the Knights of Newcastle.

Further down Laurie's Lane, Adam Ferguson's view is cropped, so he ordered in some scaffold and popped it up before the weekend, to give him an unimpeded view across the Oval. 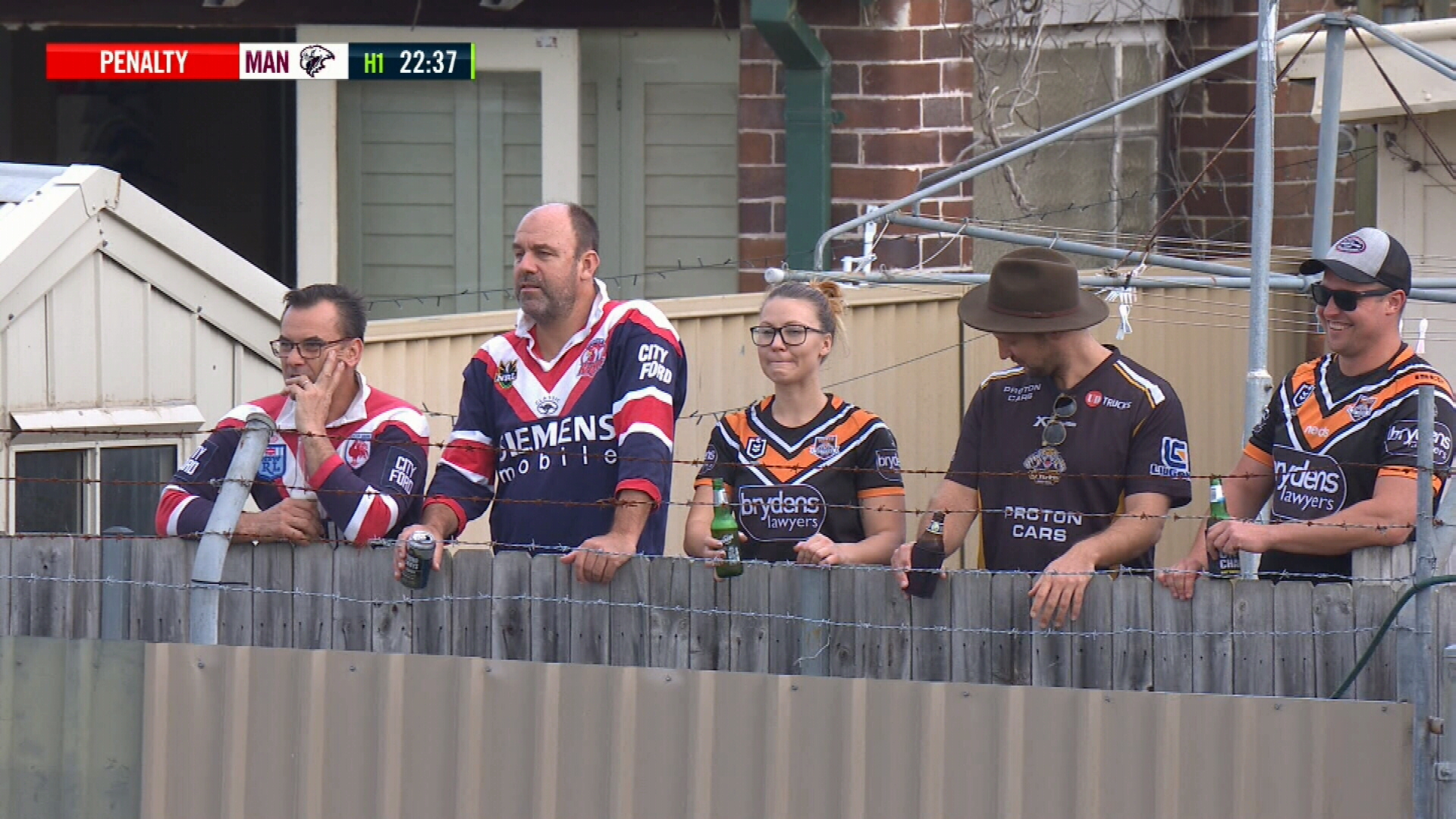 Despite being a Dragons fan, Adam concedes that when he walks his backyard, he has "Tiger soil between the toes."

Adam says he was watching the round 1 clash between the Dragons and the Panthers when he and a mate started musing about what could be done to secure a rare vista of live rugby league.

"We have a great view from here," says Adam of his new "grandstand", "and I'm sure the players can hear us as well. We heard the ding off the goal posts when the Roosters missed their field goal yesterday, when they tried to tie the game against the Eagles."

While Adam, Mitchil and Stuart have been a rare group able to enjoy live footy, be it from just outside the boundary of the ground, it has been a test for broadcasters of the game as well.

Nine's Wide World of Sports has been calling matches from a special commentary set-up within their Willoughby HQ, but it's been even tougher for radio, with the lack of crowd meaning an emptier sound.

For the Continuous Call Team on 2GB, anchor Mark Levy augments the coverage at pivotal moments with some gentle sliding of the faders that produces a pre-recorded yet excited crowd

"Usually, the crowd is the guide," says Mark.

"When the crowd goes up in big moments, the commentary team goes up with them."

But in these times of empty stands, a little extra technical assistance helps puts some feel into the background of the call.

Mark has even produced some typical spectator sledging, to create what radio calls "the theatre of the mind", for when the ref fails to keep the 10 or mucks up a penalty.

Whether they be broadcasting the call or watching the ball, rugby league fans are doing whatever they can to keep the game travelling along, at a time when the world is not travelling well at all.