As around-the-clock protests enter their eighth week camping at a tent embassy on Minjerribah (North Stradbroke Island), traditional owners have stepped up their campaign to stop construction of a whale skeleton tourist attraction, urging the funds be … 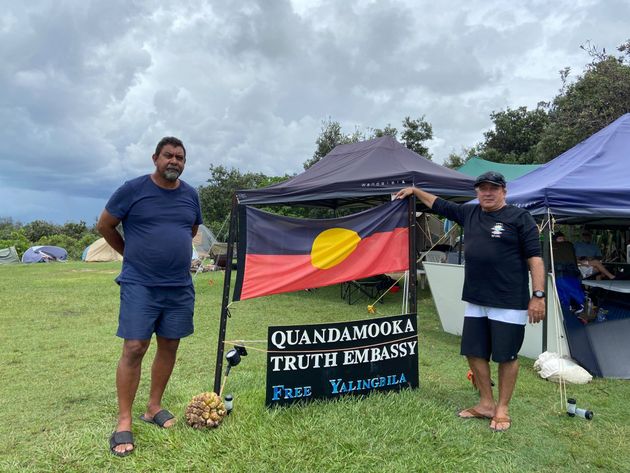 As around-the-clock protests enter their eighth week camping at a tent embassy on Minjerribah (North Stradbroke Island), traditional owners have stepped up their campaign to stop construction of a whale skeleton tourist attraction, urging the funds be spent on local health services instead.

In January, dozens of people pitched tents at a Mulumba (Point Lookout) headland to protest a planned multi-million dollar complex that would house the bones of a 15-metre eastern humpback whale that washed up on a nearby beach in 2011.

Locals have blamed the Queensland government for pitting the Quandamooka Yoolooburrabee Aboriginal Corporation (QYAC), the corporate body behind the project, against its own people, and said the Indigenous community was excluded from the decision making process.

Quandamooka knowledge holders say the “eyesore” is culturally inappropriate for multiple reasons. They say the proposed site is a sacred “heritage landscape,” and that the whale is not the totem of the local Nunukul, Goenpul and Ngugi groups but of the Woppaburra nation of the Keppel Islands.

“QYAC are saying that the whale is our totem but we question that because we’ve not heard that before,” Goenpul man Dale Ruska told HuffPost Australia at the tent embassy. 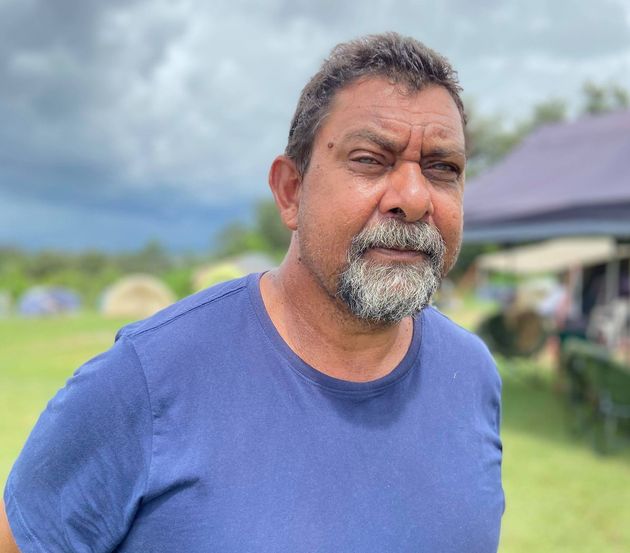 Ruska said the government was using “fiction” to create a storyline that fits with the government’s concept to drive tourism dollars, but the “land and the environment is the attraction.”

An online petition opposing the structure has nearly 40,000 signatures.

READ:  Victoria 'whole again' under one set of rules

HuffPost Australia has approached QYAC and the Queensland Government for comment.

Even if the whale was a Quandamooka totem, Ruska said it would be culturally inappropriate to display a sacred totem’s remains for monetary gain.

“[The Woppaburra nation] is totally opposed to their ancestral yirri being displayed,” he said, adding that it would be disrespectful to commercialise its skeleton.

Adding to their anger, Ruska said community voices have been ignored by decision makers during the three-year process.

“We voiced our objections and made submissions to the planning process, the state government, and QYAC… the money would be better spent on addressing our social needs,” Ruska said.

“We identified a number of social economic projects that should be prioritised like domestic violence counselling, suicide prevention programs, drug and alcohol rehabilitation as well as access to sporting projects, professional development and cultural interaction projects which will benefit our young people.

Non-indigenous Point Lookout residents are also opposed to the development and are involved in the sit-in protest.

Long-term resident Julie Elliott said she’s devastated by the how far the project has progressed.

“[The areas is] covered in kangaroos and wallabies. Koalas have been seen in the trees around the area where they want to develop the site and some of the trees are to be removed for the project,” she said.  “There are so many other things that need investment on the island.”

The Queensland Government gave the Whale on the Hill project Ministerial Infrastructure Designation (MID) status, meaning it cannot be appealed by locals. MID projects are usually developments that are seen as a necessity for citizens such as schools not tourism projects.

Elliott explained that this “strategic move” by the government means they don’t have to “listen to the people”.

“What’s the point of being part of the community where you have no say,” she added.

“It seems like our democratic rights are being taken away at all avenues.”

The funding for the project comes from the North Stradbroke Island Economic Transition Planning (Minjerribah Futures), a body set up to drive economic opportunities for the island community after the closure of sand mines in the area.

The state government has developed 23 concepts to stimulate growth after mining and has put QYAC in charge of a number of those projects including the Whale on the Hill activation - a move Ruska called inappropriate because many QYAC staff have never lived on the island.

“The state government’s using the native title body (QYAC) to ignore us, they’ve silenced us,” he said adding that it’s mob against mob and that’s “the saddest thing.”