It’s back to business, but not business as usual. In fact, it is becoming all too clear that without a vaccine against the scourge, the disruptions could be long-lasting and the economy won’t be bouncing right back.

This is what "normal" will look like for the foreseeable future.

As the US and other countries loosen their coronavirus restrictions, it's back to business, but not business as usual.

In fact, it is becoming all too clear that without a vaccine against the scourge, the disruptions could be long-lasting and the economy won't be bouncing right back. New rules in the United States

In Connecticut, restaurants are reopening with outdoor-only dining and tables 1.8 metres apart. In Beverly Hills, California, the rich and glamorous are doing their shopping from the curb along Rodeo Drive. And preschools around the US plan to turn social distancing into an arts-and-crafts project by teaching kids how to "create their own space" with materials such as yarn and masking tape.

Some of those moves echo reopening guidelines released by the Centres for Disease Control and Prevention. They are intended for childcare centres, schools, day camps, mass transit systems, restaurants, bars and other businesses and organisations that have workers at high risk of becoming sick from the virus.

In Italy, where good food is an essential part of life, once-packed restaurants and cafes are facing a huge financial hit as they reopen with strict social-distancing rules after a 10-week shutdown.

Experts warned that as many as one-third of the country's restaurants and bars could go out of business, up to 300,000 jobs in the sector could vanish, and losses could reach 30 billion euros ($49.95 billion) this year.

READ:  The Tampa affair 20 years on

READ MORE: Where to get a beer in Australia now social distancing rules are easing

"We have to turn upside down all the activity that we did before," lamented chef Raffaele di Cristo, who must wear a mask and latex gloves as he prepares food at the popular Corsi Trattoria in Rome. "Everything is changed. Slowly, slowly, we will try to understand and to adapt to this coronavirus."

Corsi reopened for business this week with half its tables removed to ensure the mandated 1-metre spacing between tables. Hand sanitising gel was placed at the entrance, and a new ordering system was installed so that customers could read the menu on their phones instead of listening to waitresses recite the specials.

Cambridge became the first university in Britain to cancel all face-to-face lectures for the upcoming school year, saying they will be held virtually and streamed online until the summer of 2021. 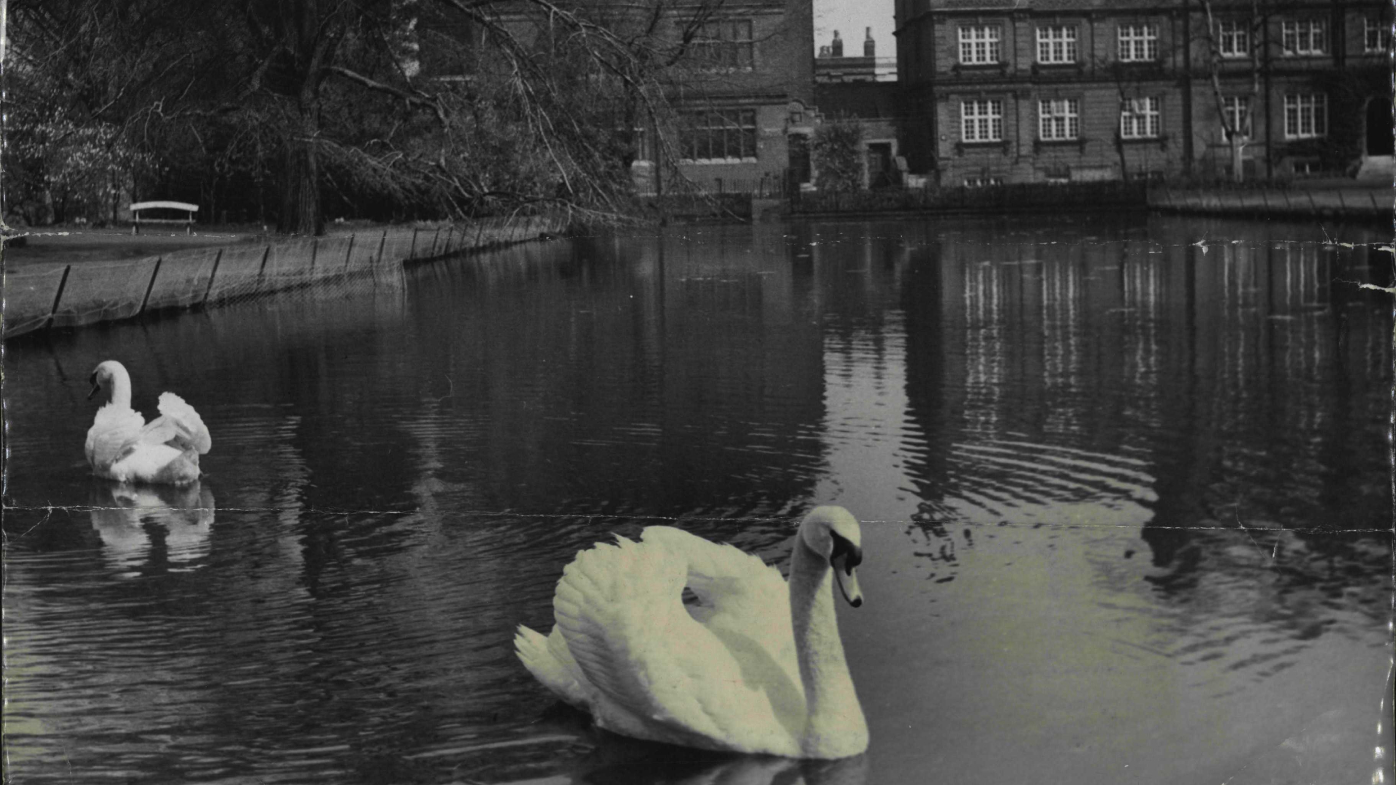 Other institutions have taken different tacks. The University of Notre Dame in Indiana will bring students back to campus but redesigned its calendar to start the semester early in August and end before Thanksgiving.

In South Korea, hundreds of thousands of high school seniors had their temperatures checked and used hand sanitiser as they returned Wednesday, many for the first time since late last year. Students and teachers were required to wear masks, and some schools installed plastic partitions around desks. 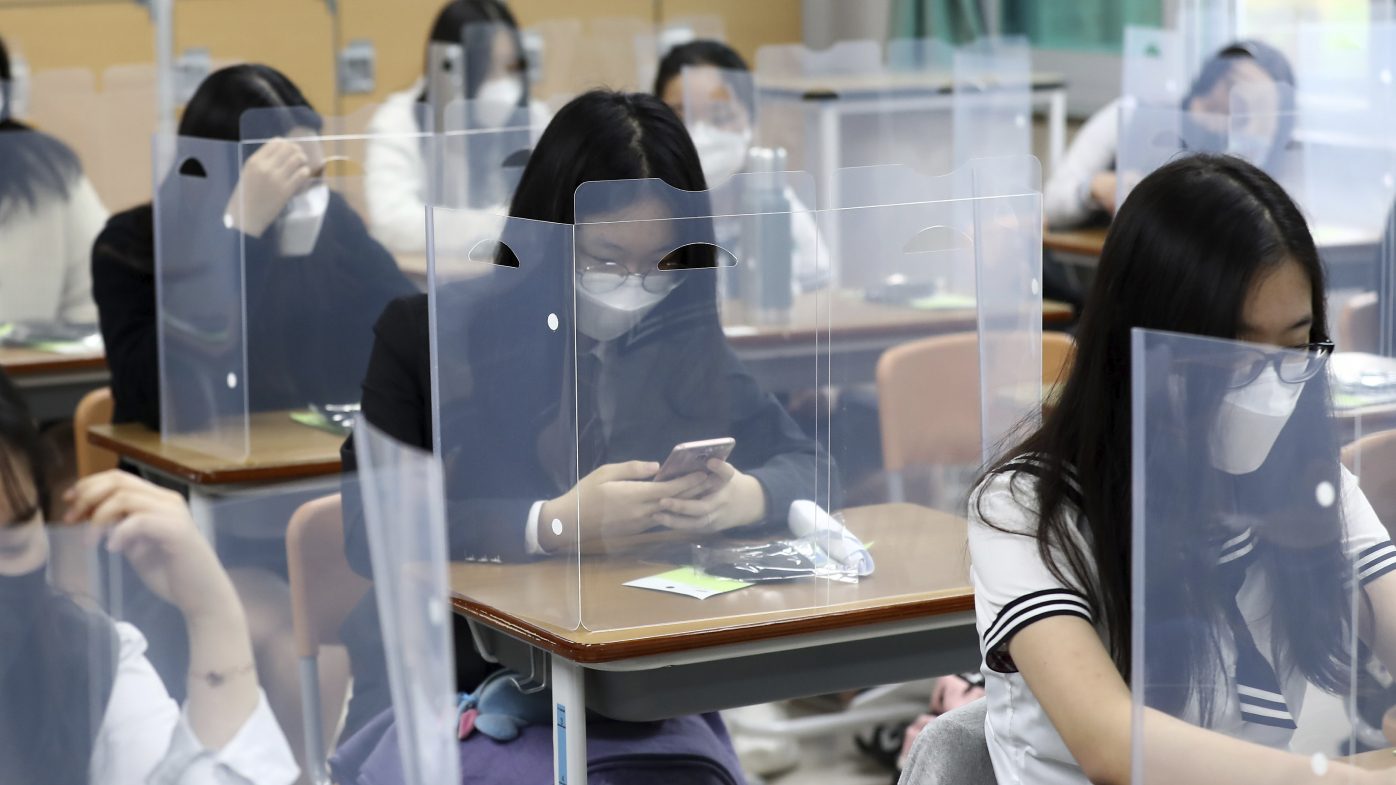 France is limiting spaces in its primary schools, giving priority to the children of essential workers and those in need. Some younger students even go on alternating days, while high schools remain closed.

People's gratitude at being able to shop or eat out again is mingling with worries about job security.

Business was slow at a Paris farmer's market with a mixed mood among the masked, gloved vendors. A man selling peonies and petunias said he was glad to get out and see shoppers again, while a woman selling asparagus and tomatoes behind a makeshift plastic screen grumbled that her customers were buying less than usual.

British aircraft engine maker Rolls-Royce announced plans to cut 9000 workers as it grapples with the collapse in air travel. In general, those jobs come with good pay and benefits, and losing them is a sharp blow to local communities.

Some businesses are adapting quickly. In Kenya, safari operators have resorted to sharing live broadcasts on social media in hopes that attention to endangered species doesn't fade.

About 5 million people worldwide have been confirmed infected, and over 320,000 deaths have been recorded, including about 92,000 in the US and around 165,000 in Europe, according to a tally kept by Johns Hopkins University, based on government data. Experts believe the true toll is significantly higher.

With the virus far from vanquished, the re-openings could prove to be a stop-and-start, two-steps-forward-one-step-back process.