He has held no political office and had no celebrity status before announcing his bid for the presidency.

He has held no political office and had no celebrity status before announcing his bid for the presidency.

Now viewers of yesterday's Democratic debate have been asking another question of Tom Steyer: what is the mysterious scribbling on the back of his hand?

The billionaire Democrat had a series of crosses drawn on his hand, visible at various points during the televised debate.

The simple little drawing dates back to the Crusades in the Middle Ages, and is currently used as the flag of the country Georgia.

The sketch is known as the Jerusalem cross, a design of one big cross with four smaller ones within it.

But Mr Steyer has a simple explanation for putting it on his hand. 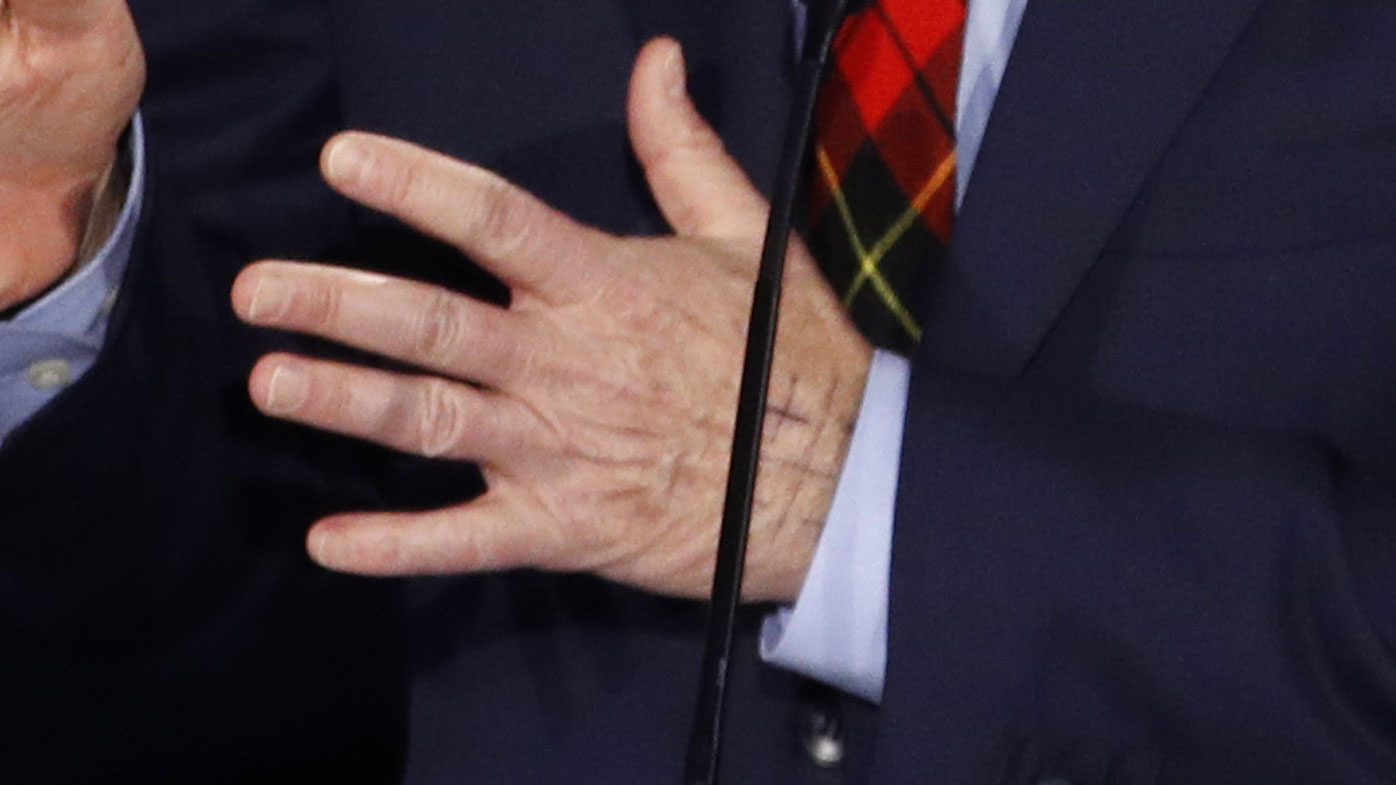 "It means to tell the truth no matter what the cost is," he told Buzzfeed last year.

"That ultimately the truth wins."

Mr Steyer is an outsider in the Democratic presidential race, just scraping into the most recent debate thanks to a surprisingly good result in two 11th hour polls. 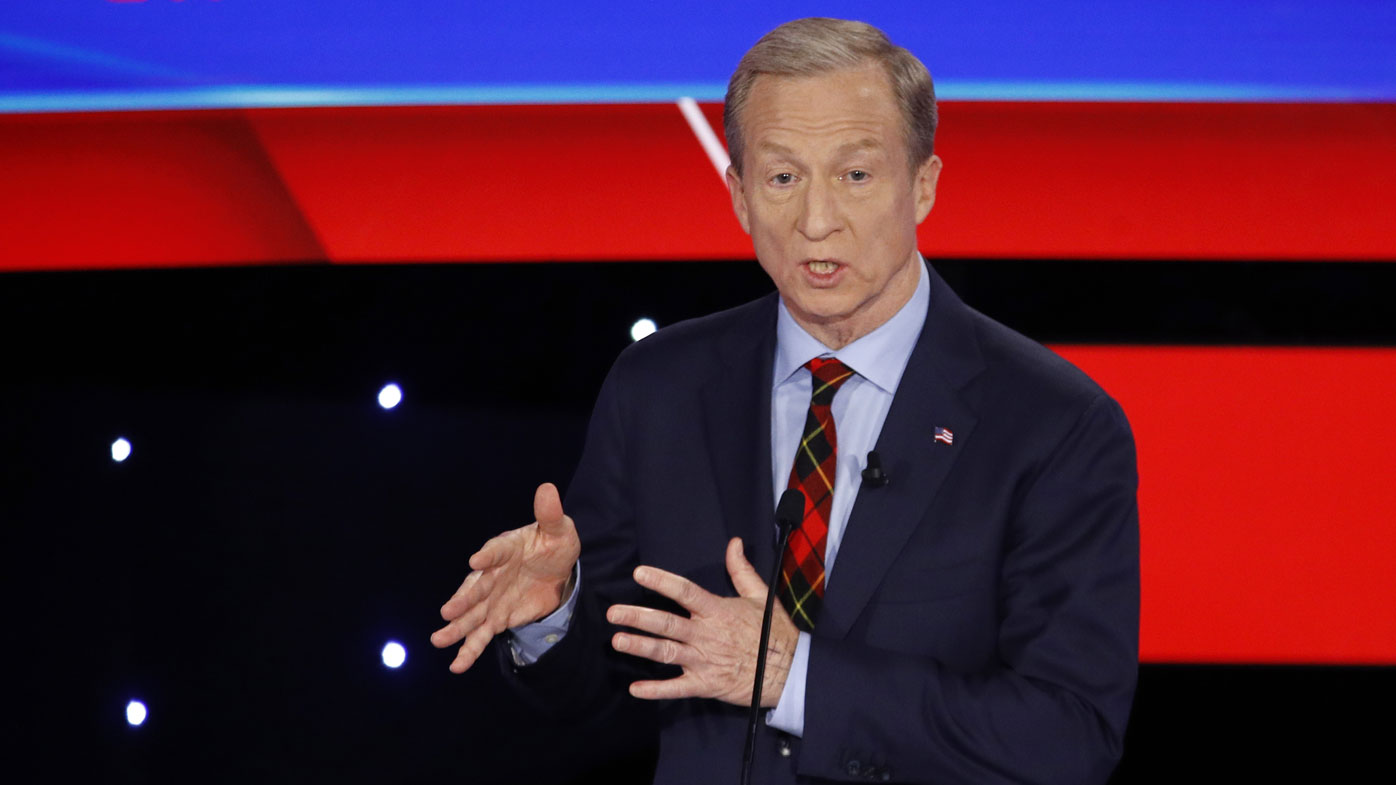 Mr Steyer is an Episcopalian, a Protestant denomination which is part of the worldwide Anglican church.

Though just one per cent of Americans identify as Episcopalian, he is one of two major presidential candidates who are part of that church. 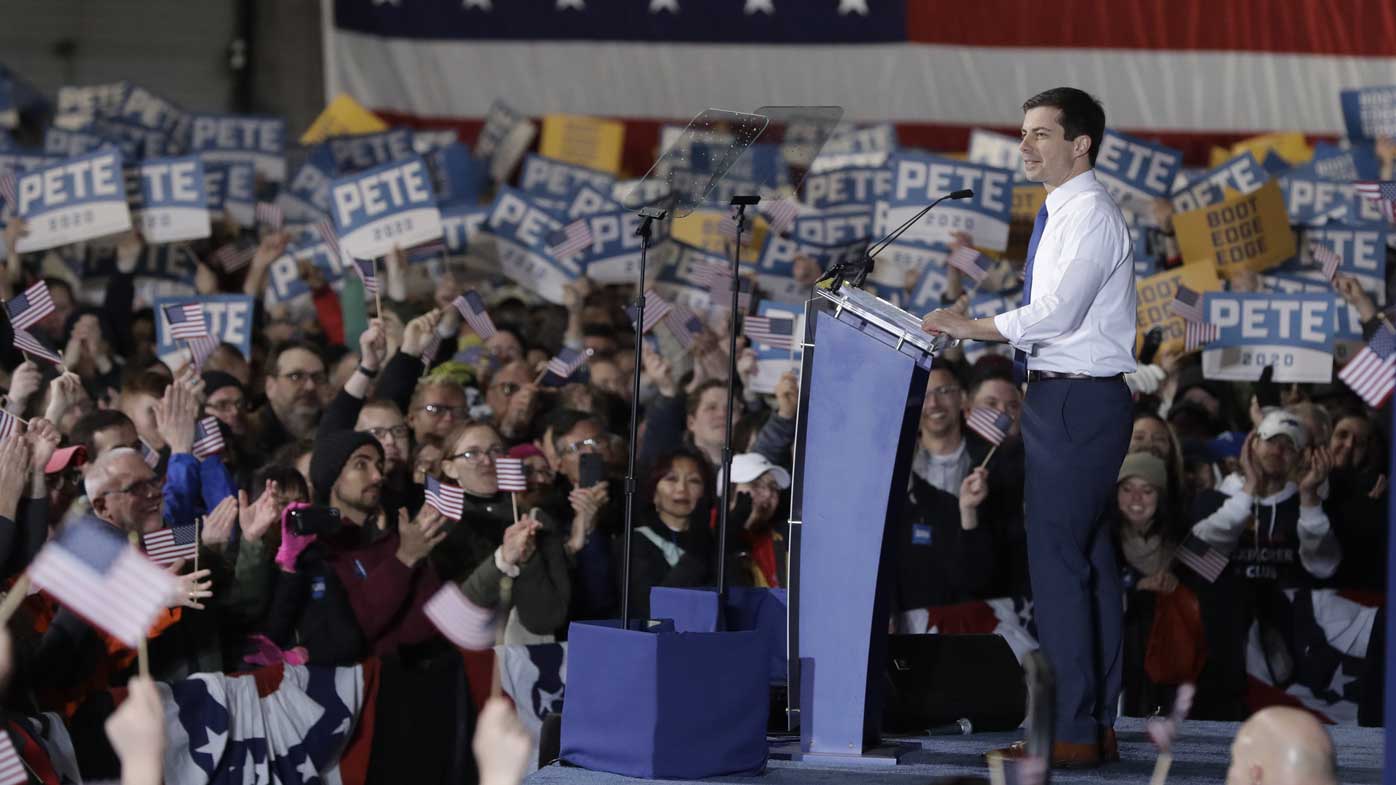