In Australia, buying a house means years of saving for a deposit, then decades of paying back a mortgage, hoping the interest rates don’t rise and the market doesn’t collapse.

In Australia, buying a house means years of saving for a deposit, then decades of paying back a mortgage, hoping the interest rates don't rise and the market doesn't collapse.

In Sydney the median house price is about a million dollars. But in the US city of Detroit, there are literally hundreds of homes on sale for US$1000 (A$1500).

Detroit has the opposite problem to most cities in Australia. Too many houses, not enough people. 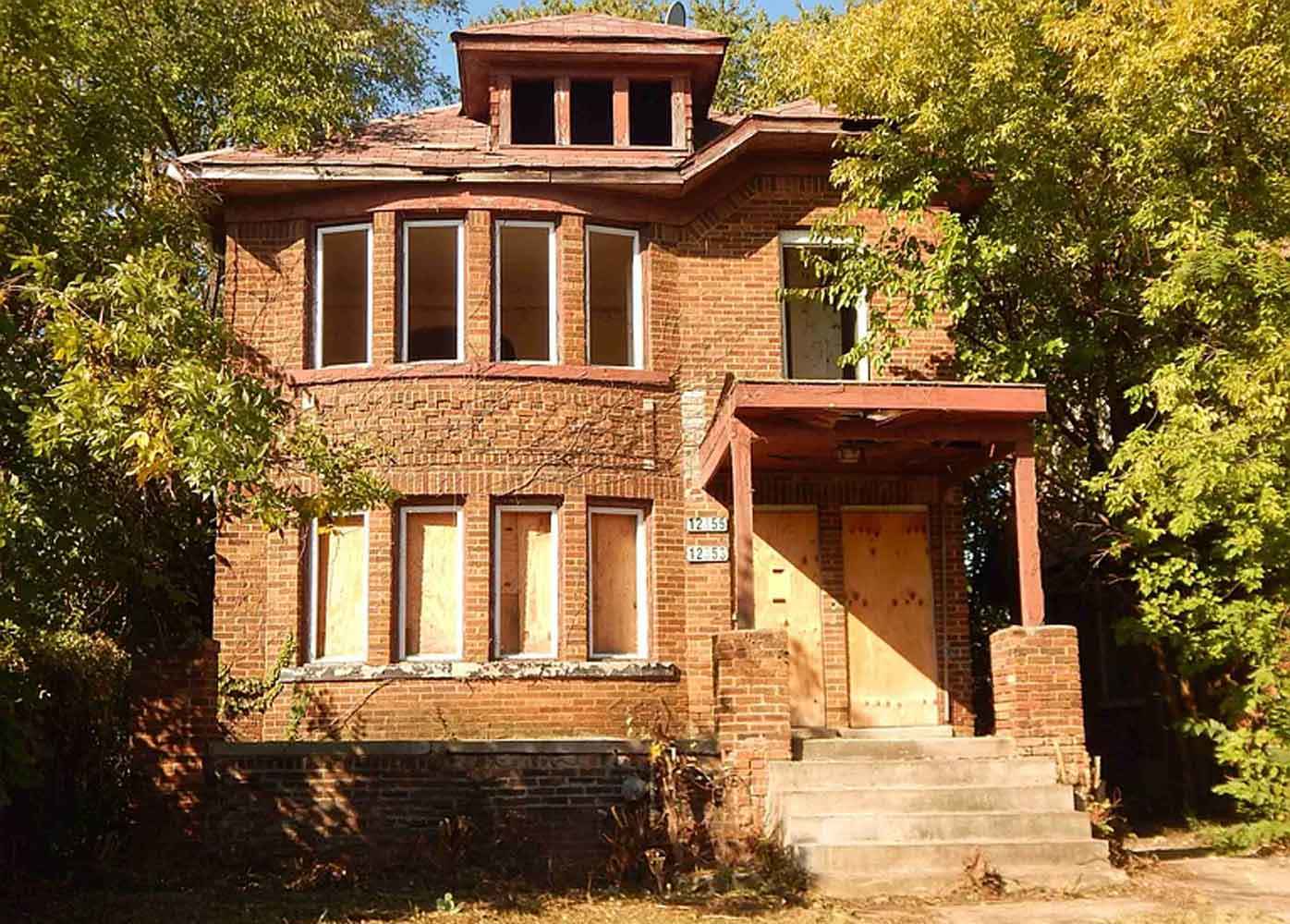 As a consequence, there are thousands of homes that have laid empty for generations.

Real estate site Zillow lists more than 800 homes on sale in Detroit for US$1000, and while most are in a poor condition, they aren't tiny shacks.

One home on sale has six bedrooms, two bathrooms and a big backyard. But the 1926 home needs more than just a coat of paint. 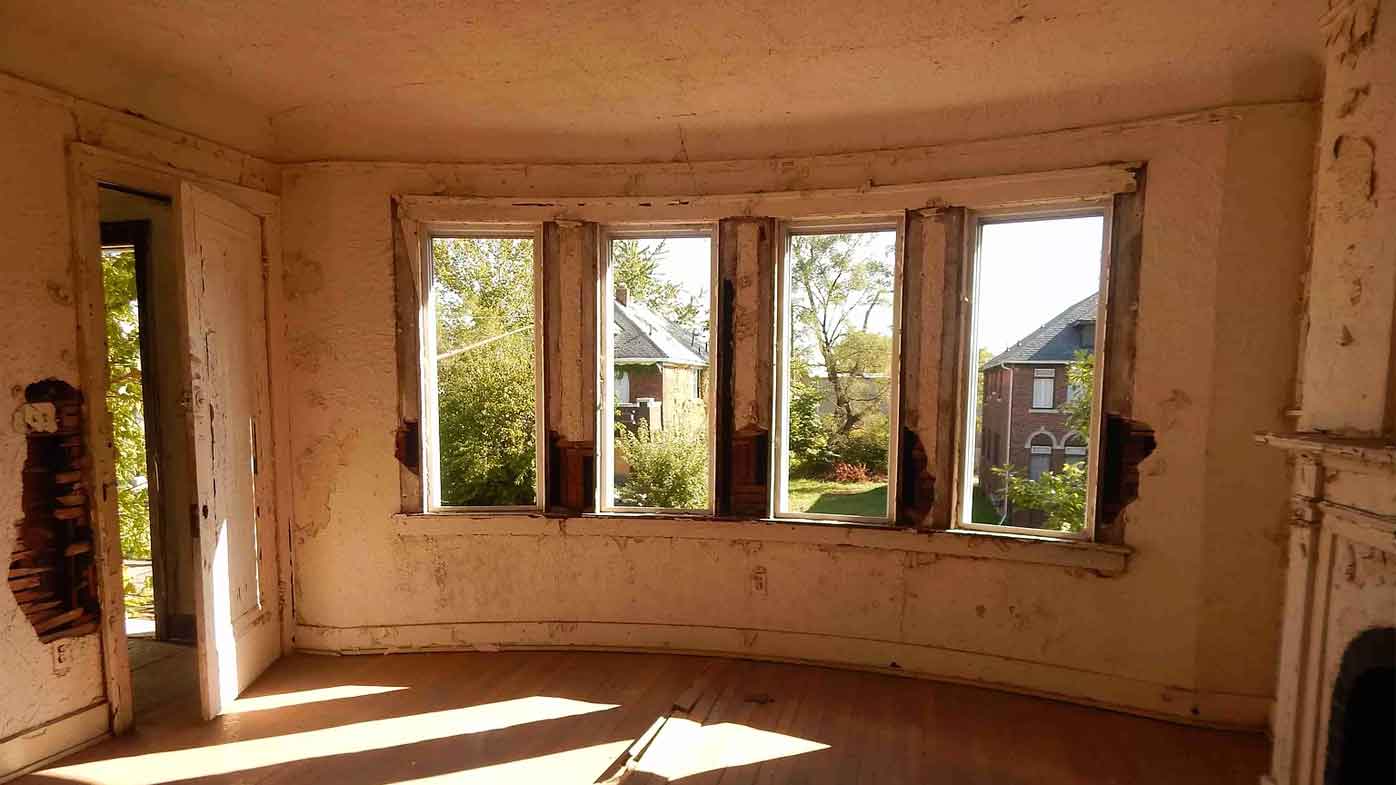 Like so many abandoned homes in Detroit, the bathrooms and kitchens have been stripped of valuables. There are massive holes in the walls, windows are smashed and doorknobs are missing.

And with so many homes in Detroit, the question is, is $1500 too much to pay for this fixer-upper?

There's no sugarcoating in the real estate listings. The $1500 homes are not dressed up to look appealing. The real estate photos show the holes in the walls, the peeling paint, the decrepit basements and the damp attics. 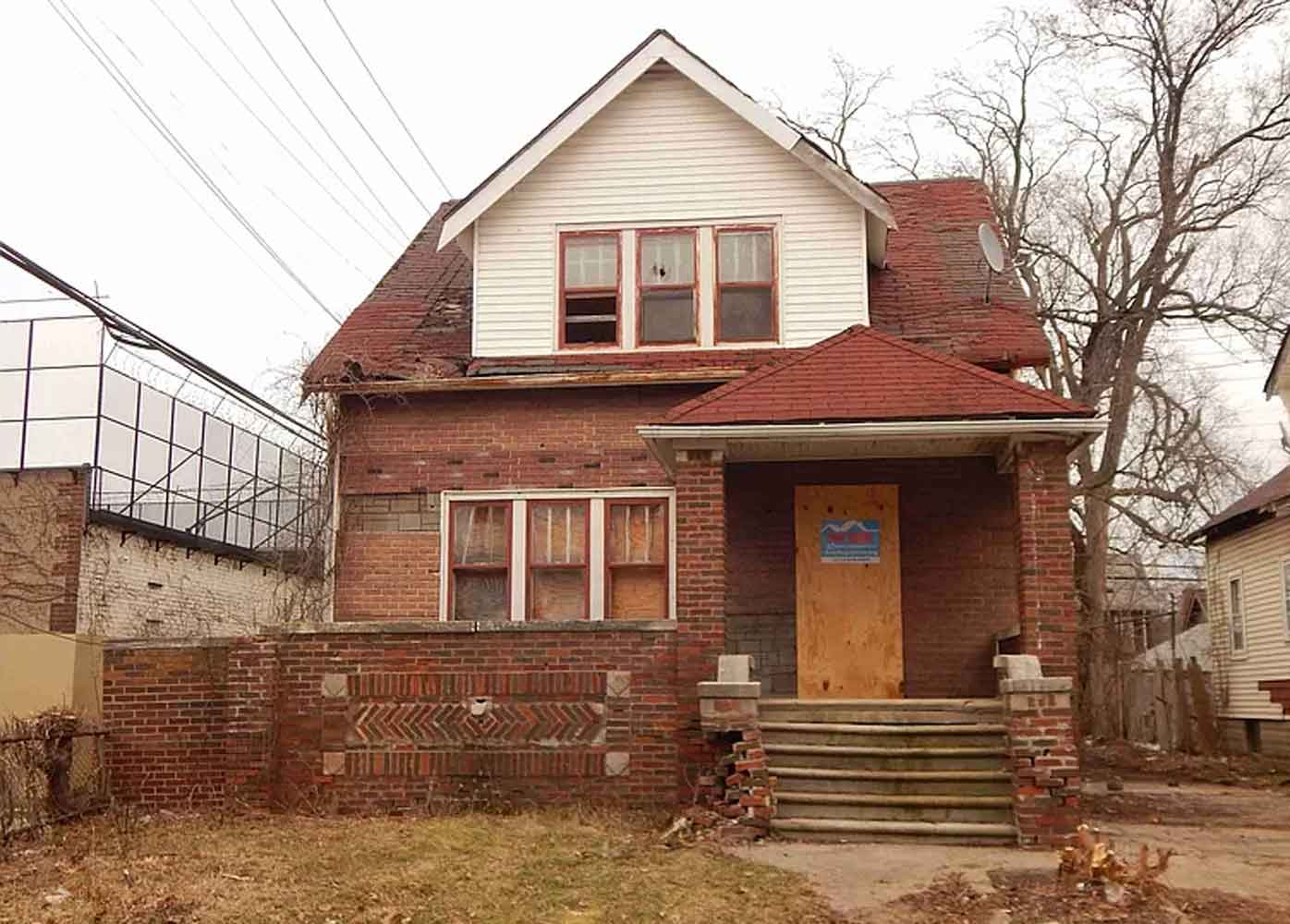 That's because the homes are not being sold by their owners.

Instead they have been reclaimed by the city and put to market by the Detroit Land Bank Authority.

And there's strings attached to the houses. To place an eligible bid on the homes, you must agree to live in the property.

Fifteen days after buying the home, the owner must prove the house has been secured and the front and backyards have been cleared of debris and mown. 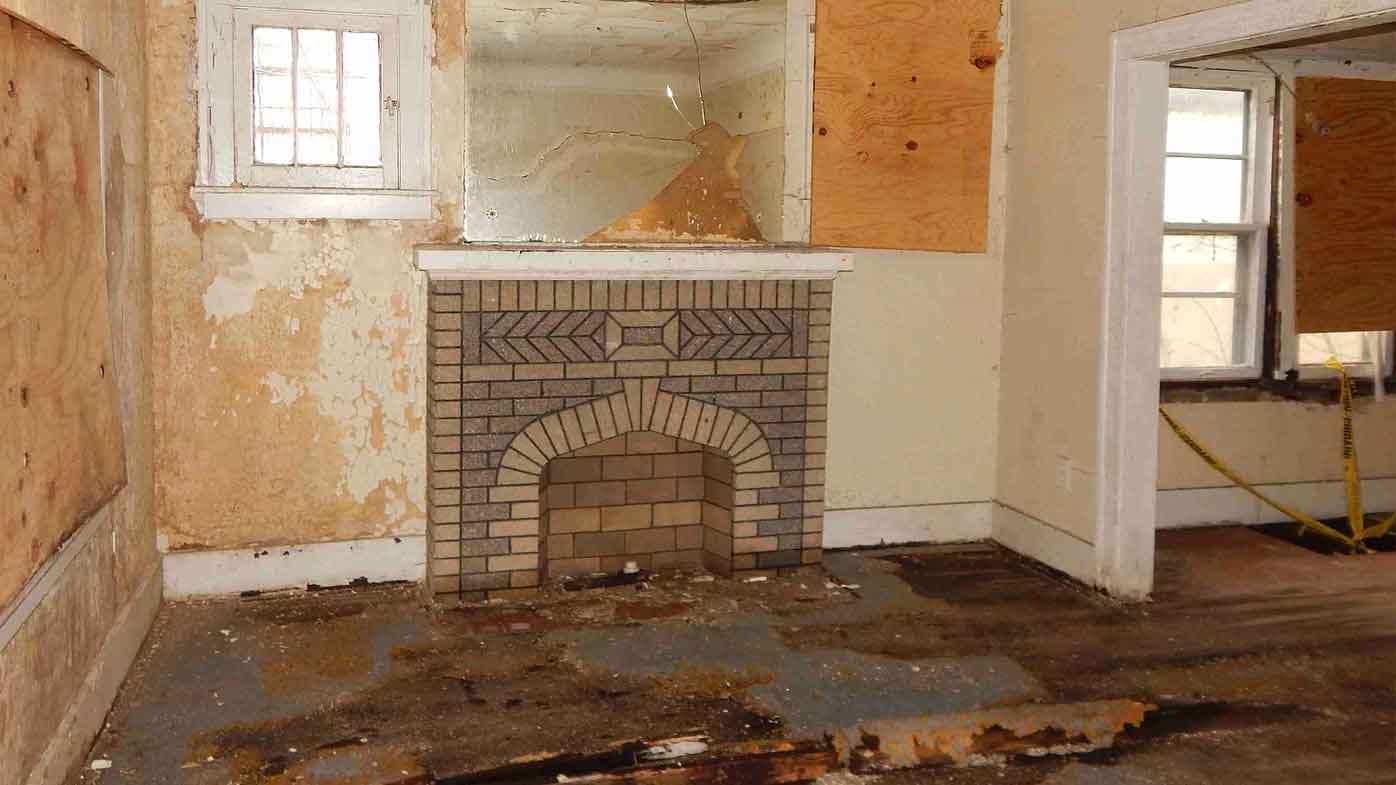 Buyers may also be required to pay back taxes on the property.

Why are the houses so cheap in Detroit?

At the height of the auto boom, Detroit was one of the richest places on Earth.

Everybody wanted to buy the latest Ford, Chrysler, Chevrolet or Buick.

And they were being made by a well-paid specialist workforce in what became known as the Motor City. 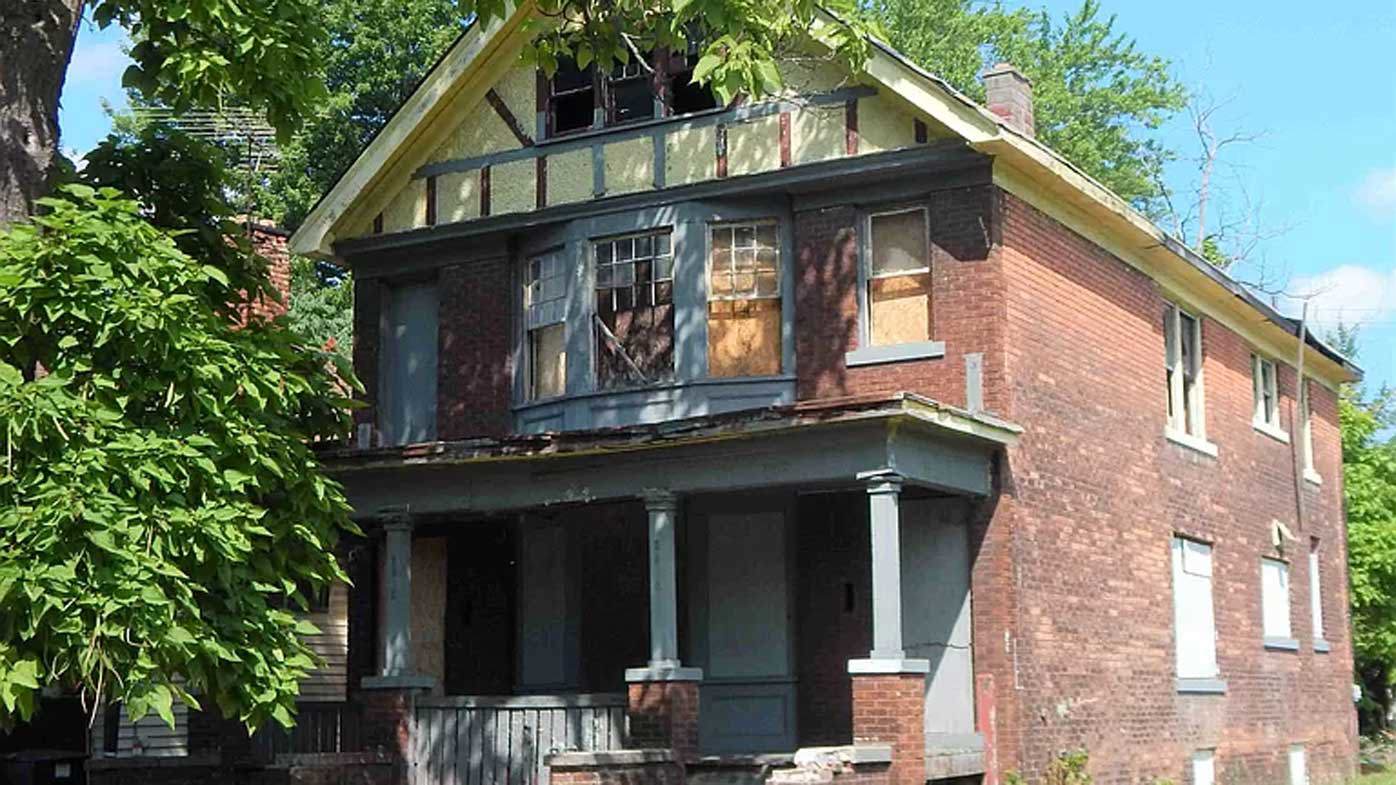 The city was the home of Motown, Stevie Wonder, Alice Cooper, MC5 and Suzy Quatro.

There's many reasons for the city's decline, but racial tensions play a major role.

In the 1950s African-Americans from the South fled segregation and oppression and settled in Detroit in large numbers. 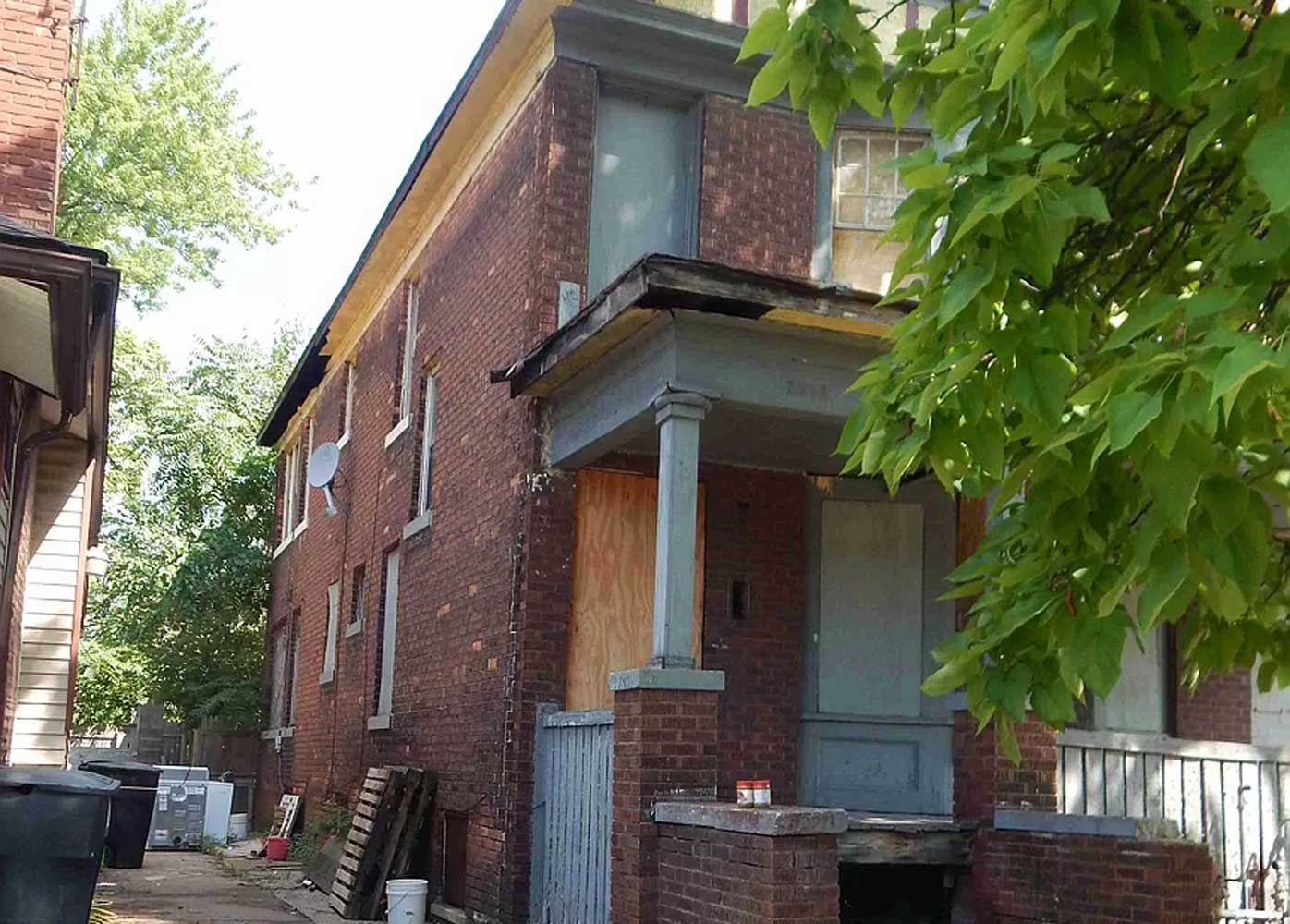 And white Detroiters, not wanting to live near African-Americans, moved in extraordinary numbers out of the city, taking their tax dollars with them.

The city remains extraordinarily segregated, though unofficially. Going from a 98 per cent black area to a 92 per cent white area is as simple as crossing the 8 Mile road.

But segregation is only part of the story. Tens of thousands of people used to work in Detroit factories for Ford, General Motors and Chrysler. 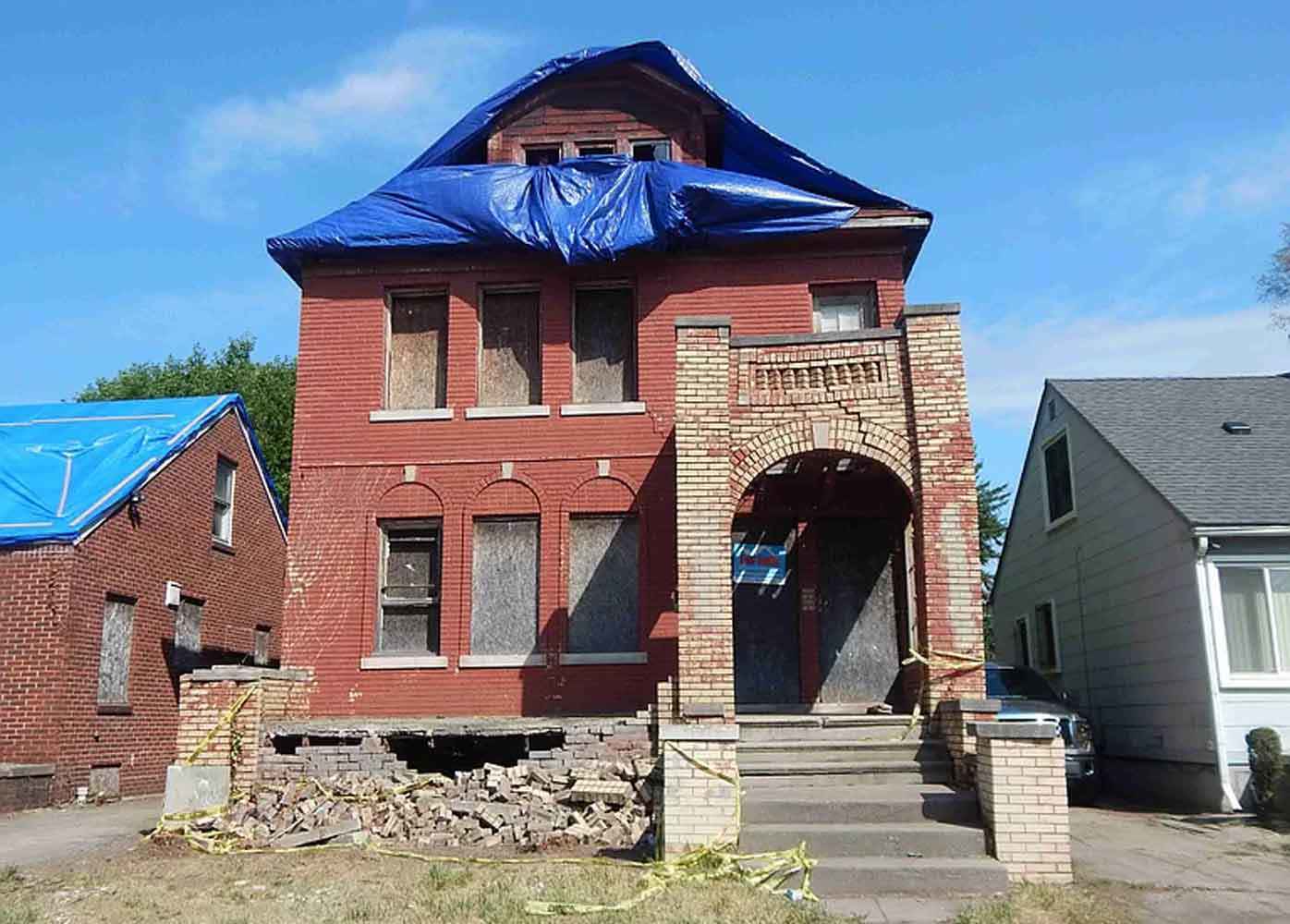 Now it's a fraction of that. Jobs that used to be done by Detroit auto workers are now done by robots or auto workers in Mexico.

Detroit is full of empty houses, but it's also full of empty factories. The jobs in the auto industry vanished, but nothing emerged to replace them.

It made sense to start businesses in Detroit at the start of the 20th century. Now with widespread air conditioning, it's far more tempting to set up shop in Austin or Miami than in bitterly cold Detroit. 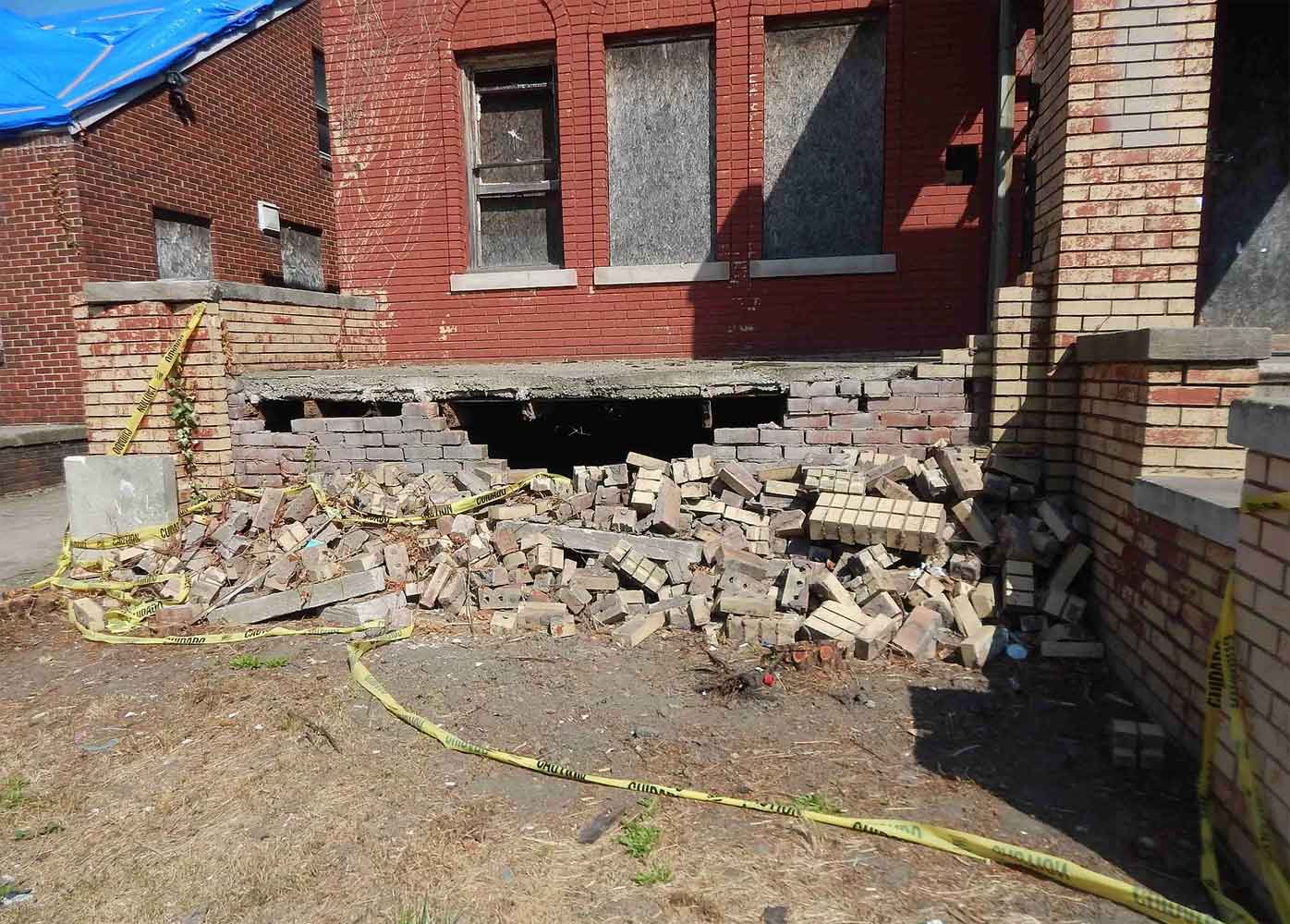 Instead people just left the city. Detroit has a smaller population now than in the 1920s. Poverty is endemic among those that remain. One in three Detroit residents live below the poverty line.

And with poverty comes crime. Detroit has the one of the highest violent crime rates in the United States, and the murder rate places it at 46th in the world.

So buying a $1500 house may seem like a bargain, but odds are you'd be buying in a bad neighbourhood, or most likely an empty neighbourhood.

There are parts of Detroit so empty that they have been reclaimed by nature. There is block after block where nobody lives, and now it seems the best option is to bulldoze homes with no hope of finding an occupant. 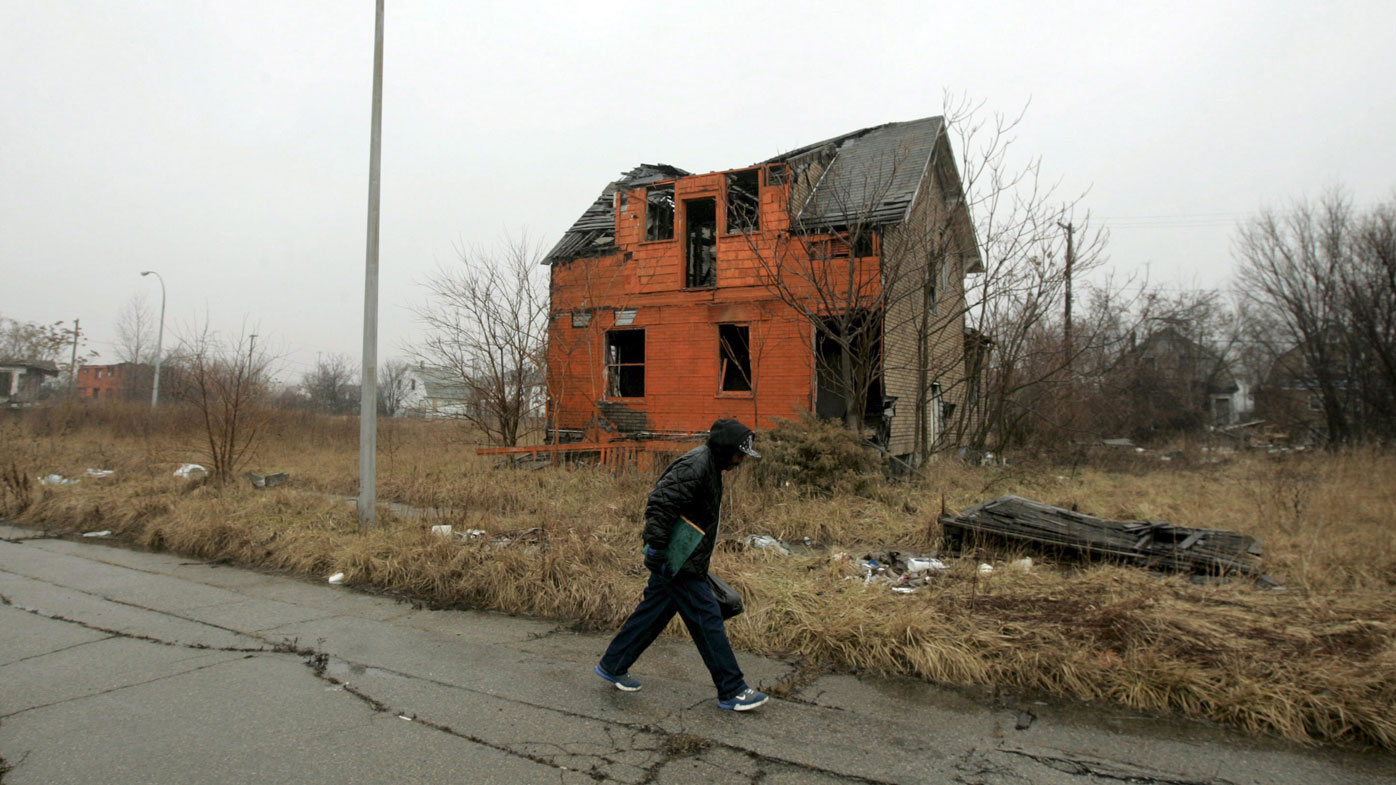 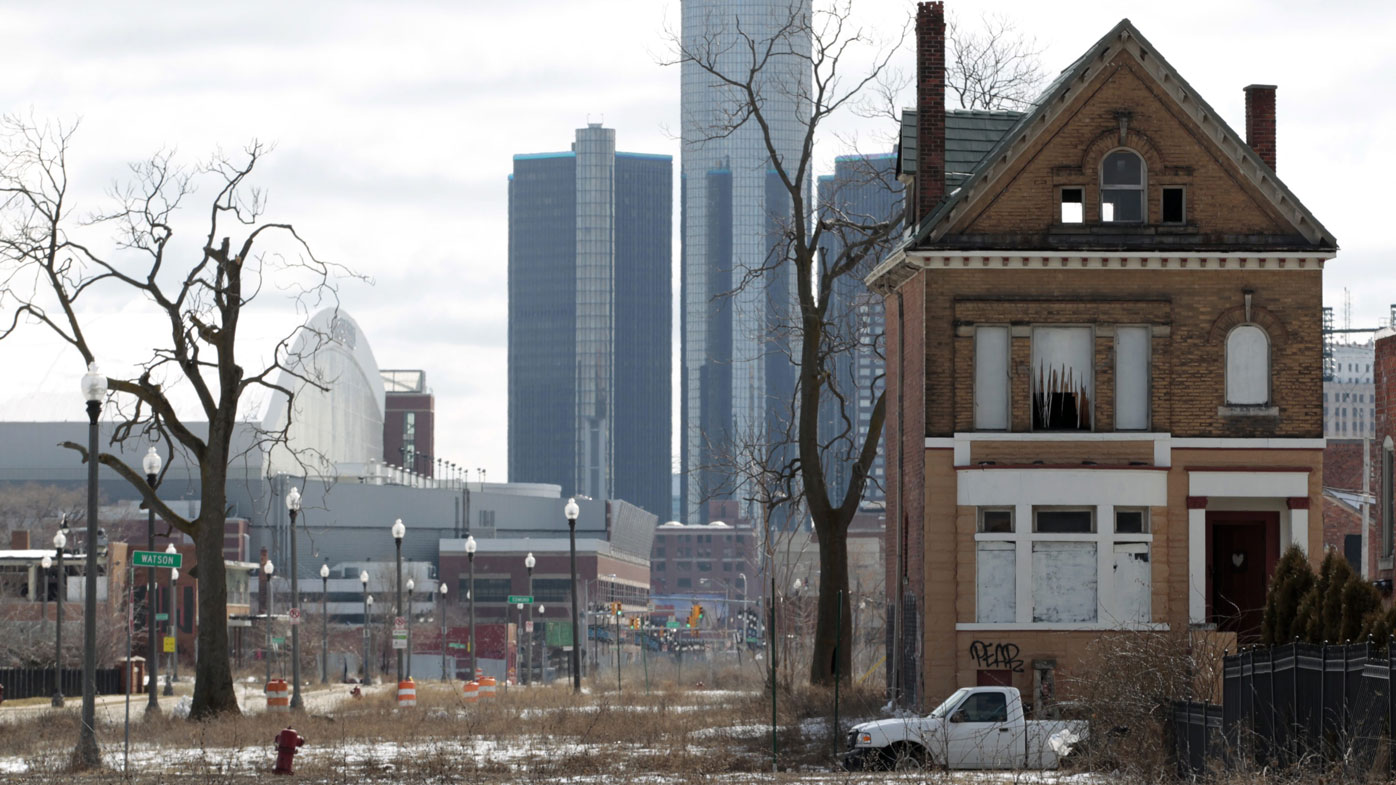 Read more: The most dangerous cities in the world