After months of shutdown, Athens International Airport is gearing up to “welcome the world” once again as Greece moves ahead with plans to gradually lift coronavirus restrictions in a bid to revive its key tourism industry. 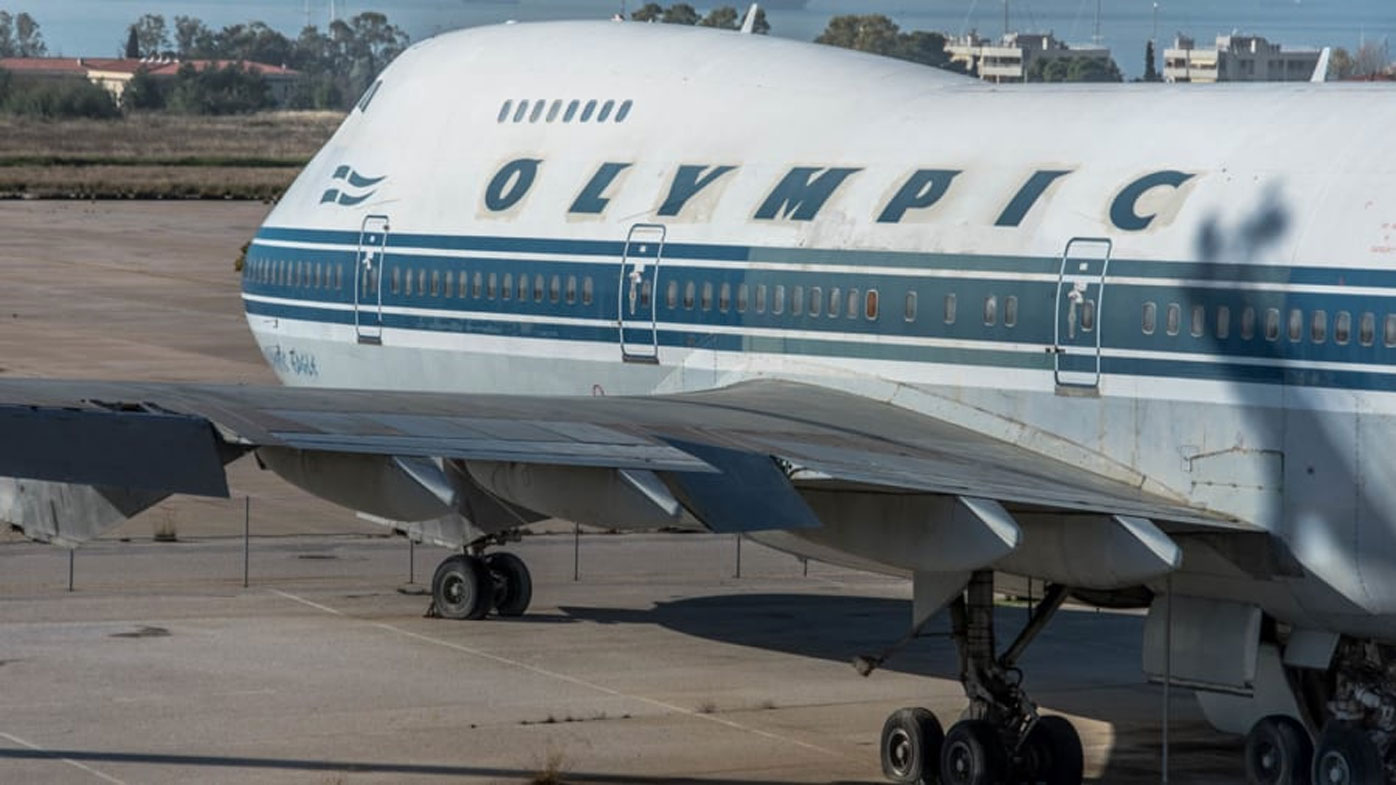 After months of shutdown, Athens International Airport is gearing up to "welcome the world" once again as Greece moves ahead with plans to gradually lift coronavirus restrictions in a bid to revive its key tourism industry.

But while authorities hope the phased return of international travel from June 15 will eventually bring the arrival halls of the Eleftherios Venizelos hub roaring back to life, a few kilometers to the west, another airport will remain eerily quiet - as it has for much of the last 20 years.

Located on the southern Athenian coast on a site roughly three times the size of Monaco, Hellenikon -- which translates to "the Greek" -- was for decades the only international airport in Athens.

The former airport complex was originally built in the late 1930s at a time when Greek aviation was still in a nascent stage. During the World War II occupation of Greece by Axis powers, the site was used by Nazi Germany's Luftwaffe and became a target of Allied air raids.

Following the end of the war, Hellenikon hosted Greek, US and British forces but by the 1950s it had become Athens's main hub for commercial air travel. Significant reconstruction work followed, including expanded runways and a new control tower and terminal halls.

With Greece's tourism industry rapidly expanding, Hellenikon served as the gateway for millions of people arriving from all corners of the globe to explore the country's archaeological marvels and sun-baked beaches. 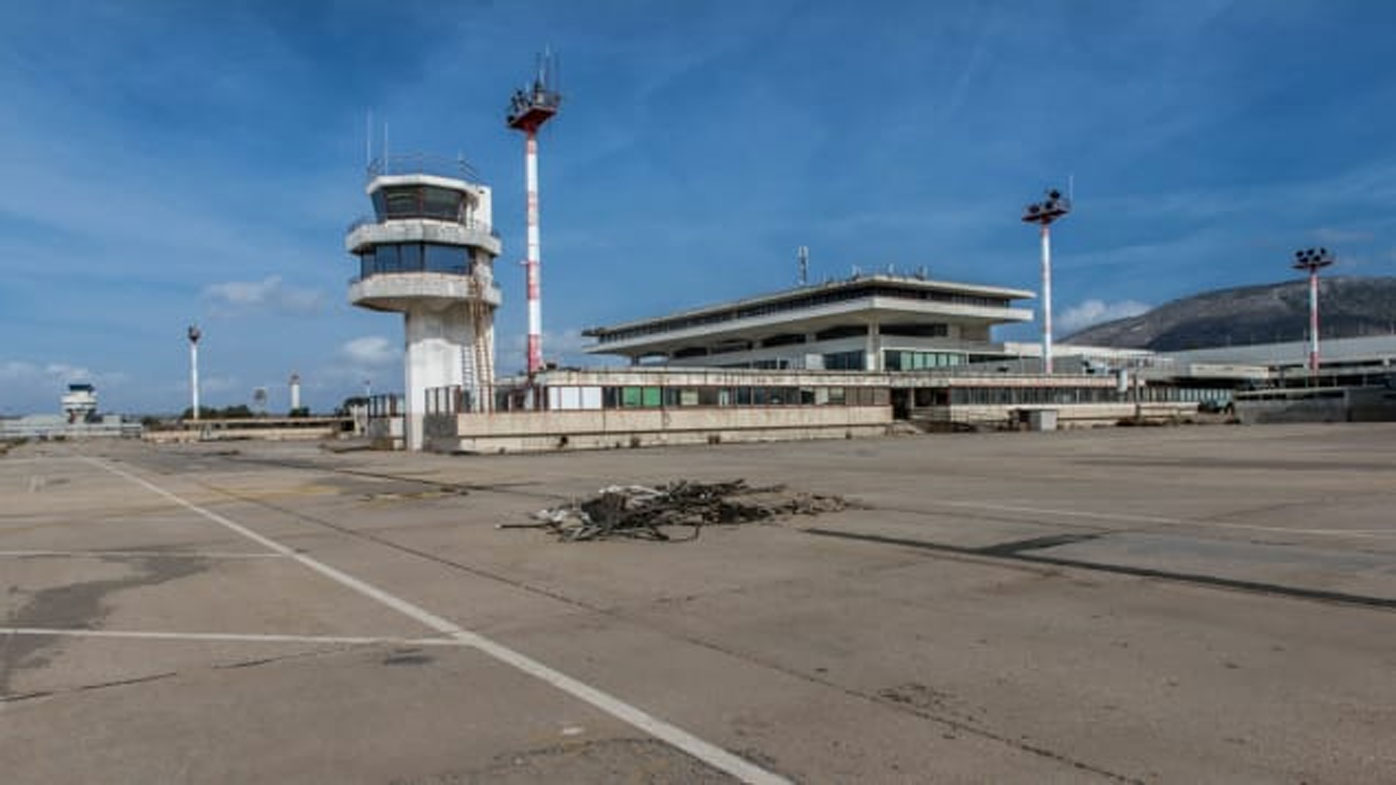 Time took its toll, however, and on March 30, 2001 - after years of debates and planning - Hellenikon shut its doors indefinitely to make way for a larger, more modern facility.

"In the 1990s, the airport had ended up handling well above 10 million passengers [annually]," Vasilis Tsatsaragkos, president of the Olympic Airlines Workers' Cultural Center, tells CNN.

In 2004, parts of the disused complex were transformed into venues for the Athens Olympics, hosting baseball, fencing, kayaking and other sporting events.

But years of neglect followed and the 1,530-acre brownfield site -- once envisaged largely as a metropolitan park -- was left to decay amid disagreements over its redevelopment and Greece's descent into economic chaos in the wake of the 2008 financial crisis.

In 2014, a consortium of investors signed a $US1 billion development deal, a key part of a post-bailout agreement between debt-saddled Greece and its international lenders.

Under the deal, Hellenikon is to be turned into one of Europe's largest coastal resorts, filled with luxury hotels and apartments, as well as shopping malls, a park and a casino and entertainment complex.

Efforts, however, to kick-start the project have repeatedly stalled amid political opposition and various bureaucratic obstacles. More than four years ago, at the height of Europe's refugee crisis, the sprawling site became an informal settlement sheltering thousands of refugees living in harrowing conditions, its abandoned terminals and Olympic facilities filled by a sea of tents. 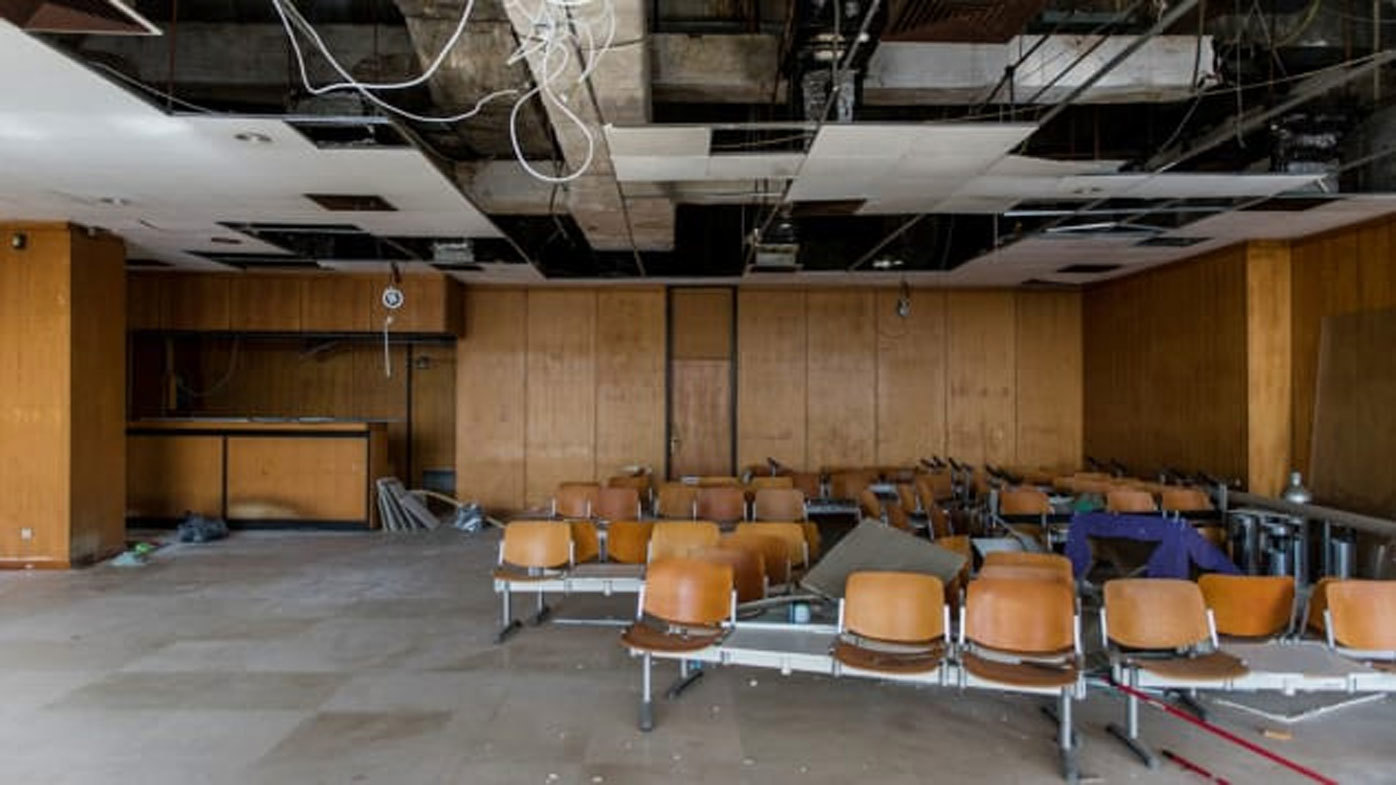 Over the past year, Greece's conservative government has pledged to speed up regulatory procedures so that the long- delayed redevelopment project can get off the ground, and some preliminary work is expected to commence in the coming weeks.

Some of its listed buildings that will be preserved from demolition include the former East Terminal building, designed in the 1960s by the firm of groundbreaking Finnish-American architect Eero Saarinen in the 1960s.

READ:  These Skin Conditions Could Mean You're Carrying The Coronavirus

Currently, a sense of emptiness permeates its dilapidated, cavernous hall at ground level. A short walk downstairs takes you to what once was a bustling lounge area, now cluttered with debris from half-ruined walls and a collapsed ceiling that exposes bungles of twisted wires hanging overhead.

Elsewhere, a jumble of trash, broken glass and discarded record books reveals the daunting scale of decay, while faded tourism posters and torn maps add a note of gloom to the scene.

Outside the crumbling structures, a small fleet of decommissioned Boeing aircraft, including an imposing 747-200 alongside a Boeing 737 and Boeing 727, sit idle on the edge of the complex.

The rusting, stripped-down passenger jets all belonged to Olympic Airways (OA), the carrier that for decades ruled Greece's skies and became synonymous with Hellenikon.

When OA ruled the skies

Launched by business magnate Aristotle Onassis in 1957 following an agreement with Greece's government for the exclusive use of air transport, OA swiftly expanded its fleet and helped put the country on the global tourist map.

"This was the airline that connected Greece with the whole world - within 23 hours, Athens had 'contact' with five continents," Tsatsaragkos says.

OA quickly became known for its second-to-none luxury cabin service, reflecting the lavish style of its Greek founder and one of the world's wealthiest men. Its flight attendants were dressed in chic uniforms created by renowned designers such as Coco Chanel and Pierre Cardin while its passengers famously enjoyed their meals on porcelain plates with gilded cutlery and crystal glasses. 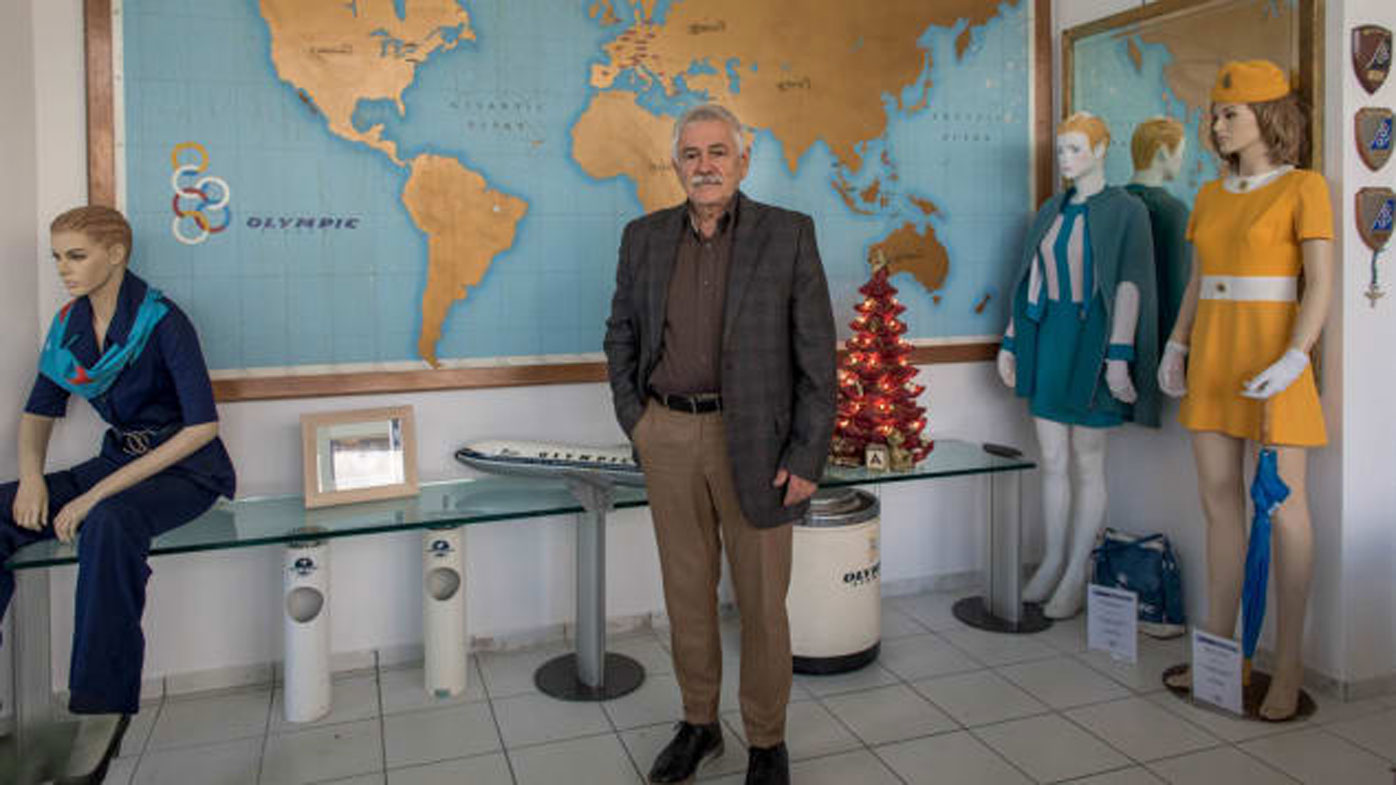 Following the 1969 opening of the Saarinen-designed East Terminal, which served all foreign carriers, Hellenikon's West Terminal was exclusively reserved for OA. Through its gates, a steady stream of celebrities - from Elizabeth Taylor and Sophia Loren to Omar Sharif and Neil Armstrong - was pictured arriving in Greece.

But in 1973, the death of Onassis' 24-year-old son, Alexander, in the crash of a two-engined amphibian Piaggio jet shortly after take off from Hellenikon shocked Greece and the Onassis family, and ultimately led to the end of OA's "golden age".

On January 1, 1975, Onassis formally sold the company to the Greek state and died on March 15.

In its first 18 years, OA's fleet had increased from 15 to 28 - including the technological marvel of the time, a Boeing 747-200B Jumbo bought in 1973 for the Athens-New York route - but the national carrier went on to face major financial problems in the decades that followed due to chronic mismanagement.

Having been renamed Olympic Airlines in 2003, the carrier ceased operations in 2009, several years after its relocation - along with the rest of Greece's aviation industry - from its former home at Hellenikon.

But the memory of both the abandoned airport and OA will live on in a new museum that will be housed in an earmarked building inside the redeveloped site, according to Tsatsaragkos.

"We have collected 23,000 items documenting the history of both OA and civil aviation," he says, adding that seven aircraft will be among the future exhibits.

"We keep gathering material. This museum is our big vision."