Tijuana, Mexico, a stone’s throw from San Diego, California, has been named the most violent city in the world.

On one side of the fence is one of the safest cities in the United States, famed for its beaches, its thriving multiculturalism and its laid-back attitude.

And on the other side of the fence is the deadliest city in the world, where 2367 homicides took place last year alone.

Tijuana, Mexico, a stone's throw from San Diego, California, has been named the most violent city in the world. 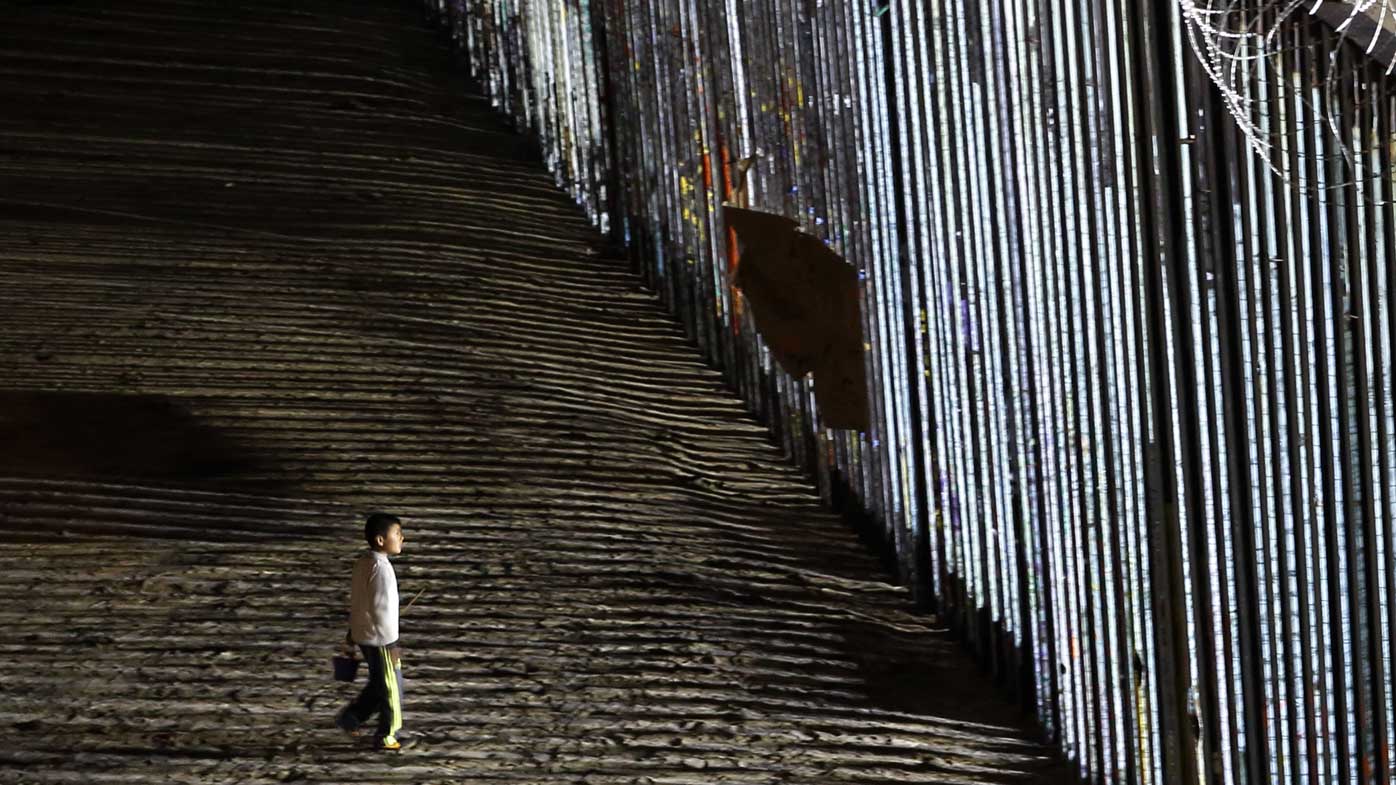 It is the second year in a row atop the ignominious list, compiled by Mexican crime watchdog the Citizens' Council for Public Security.

The overwhelming number of the cities in the top 50 are in the Americas, with only four elsewhere.

Here is the full list of the 50 deadliest cities in the world.

More than 2000 people were murdered in Tijuana last year, a city of 1.7 million.

As with most cities on this list, drug gangs are the main culprits behind the bulk of the homicides.

An offshoot from the Sinaloa cartel, the Cartel Jalisco Nueva Generacion, has filled the vacuum caused by the arrest of Joaquin "El Chapo" Guzman, mainly through acts of violence.

But it is not the major cartels responsible for most of the bloodshed. Instead it is street dealers battling for territory.

Second on the list is Juarez, which sits across the Rio Grande from El Paso, Texas.

With 1522 murders each year in the city, the Juarez cartel is famous for its public displays of homicide victims.

READ:  $130 BILLION JOBKEEPER PAYMENT TO KEEP AUSTRALIANS IN A JOB 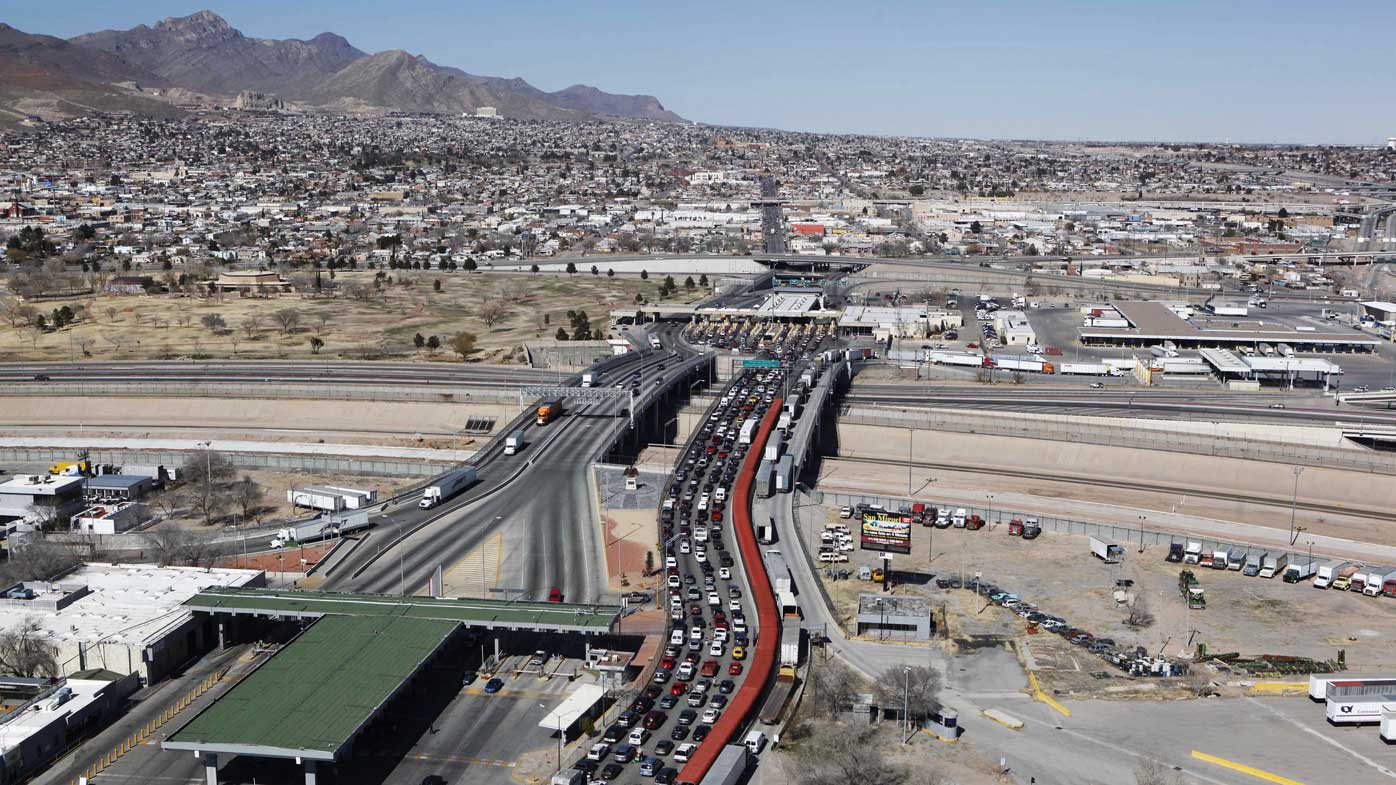 Instead of the bodies being hidden, the cartel's enforcer wing La Linea often mutilates them and puts them in public places.

The intention is to frighten citizens away from testifying against them.

Remarkably, Juarez's murder rate has halved in the past decade. In 2010, more than 3500 people were murdered there.

Ranked eighteenth on the list last year, Uruapan in Mexico's south has seen a massive spike in murders.

The city was previously famed for its avocados, but has now been largely taken over by the Jalisco Nueva Generacion.

In August last year, nine dead bodies were strung up naked from a bridge.

"Lovely people, carry on with your routines," a banner beside the bodies read, beneath the group's initials.

Ten other bodies were found elsewhere that day.

In February last year, nine people were shot dead in an amusement arcade frequented by the Los Viagra gang.

The complete collapse of the Venezuelan economy has gone hand-in-hand with a dramatic spike in violent crime.

Kidnappings, carjackings, and robberies are extraordinarily common, and those who resist are routinely shot.

So dangerous is the city that the US Embassy mandates that all employees travel to the airport by armoured car. 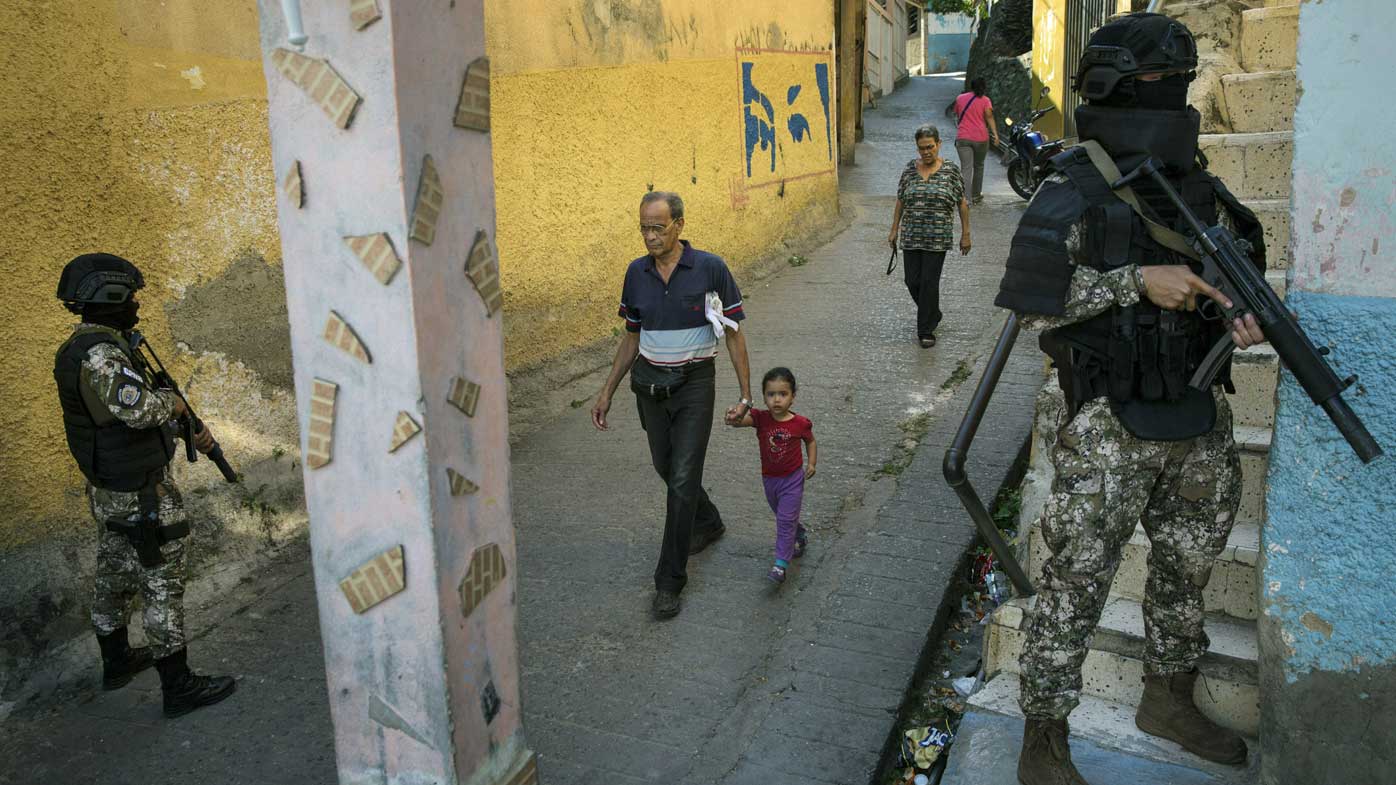 In the 1960s, Acapulco was the beach resort of choice for Hollywood stars and the well-to-do American tourist.

But crime and pollution has steered tourists elsewhere.

Ranked number two on the list last year, Acapulco's crime was so bad that the Federales disbanded the local police and took over.

And it appears to be working. Murder rates dropped from a staggering 110 deaths per 100,000 people, to a still awful 71. 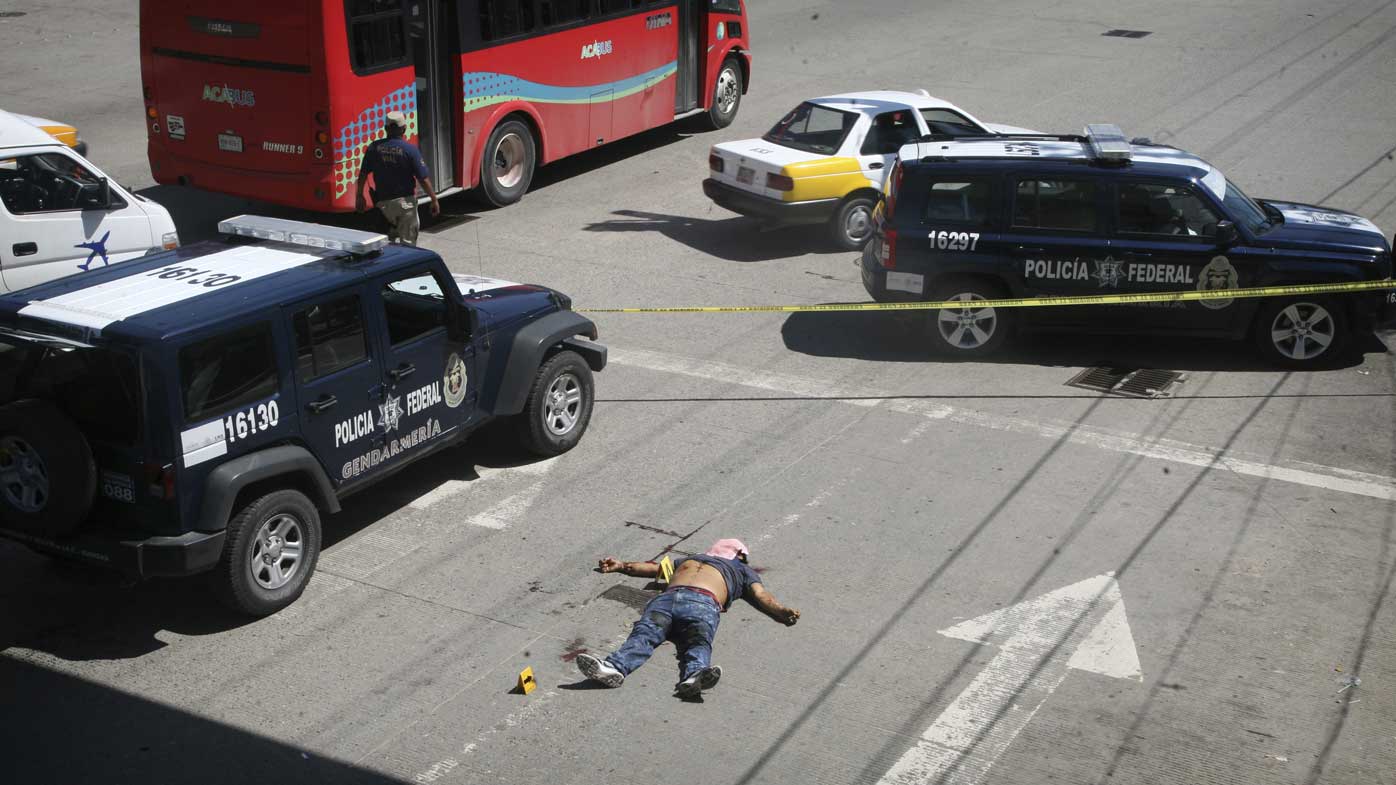 The murder rate in Cape Town has become so bad that residents of the city's shantytowns and slums rejoiced when the military arrived.

Beset by gang violence, the army rolled in to the townships to take control and stop the bloodshed.

South Africa is the only country not in the Americas to feature in the top 50 deadliest cities on Earth list. 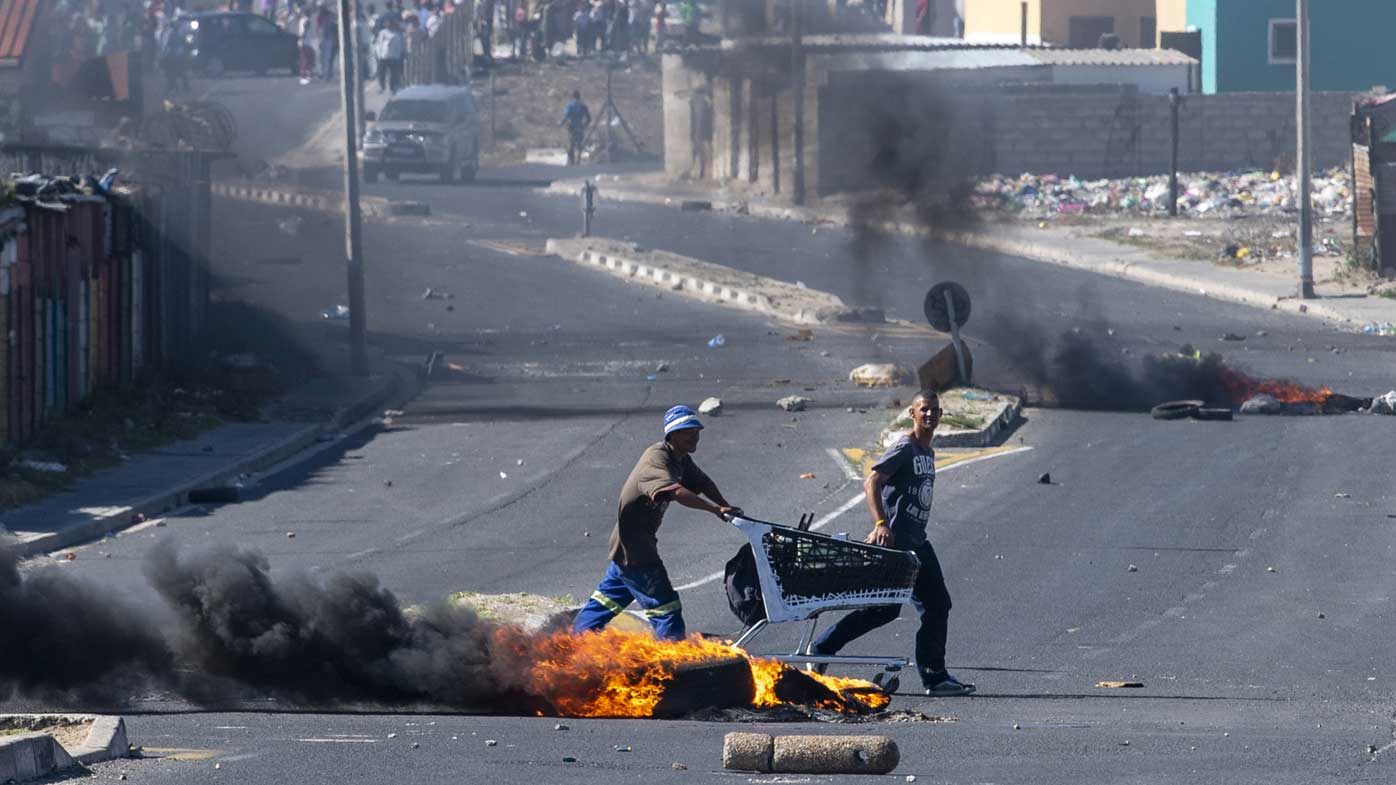 St Louis was once one of America's biggest cities, hosting the 1904 Olympics and thriving off the back of a manufacturing boom. 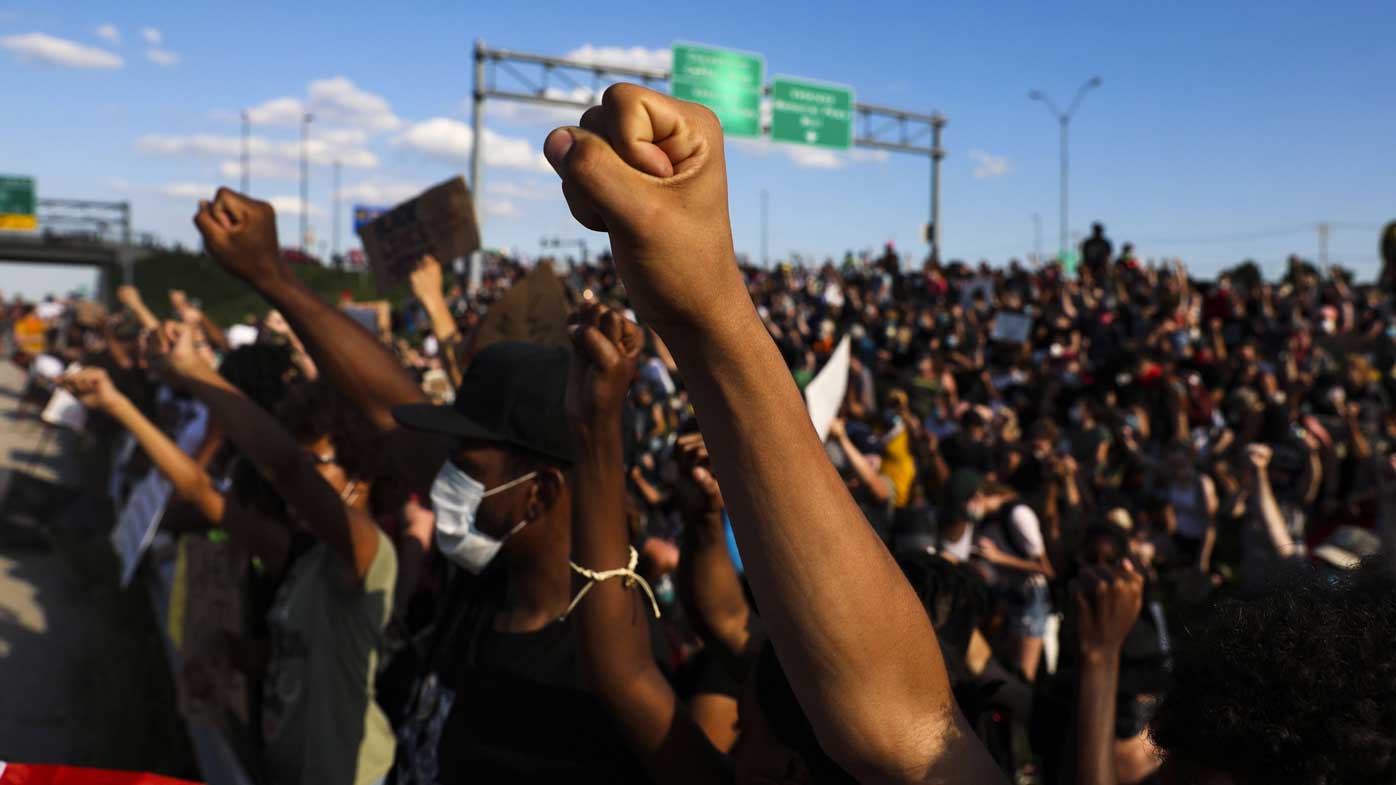 There are 389 criminal gangs operating in Jamaica, most of whom are operating within the Caribbean island's capital city.

The overwhelming majority, according to the Minister of National Security, are disorganised, unsophisticated, and focused on protecting their own turf.

Those gangs are responsible for a substantial part of the city's 680 murders in 2019. 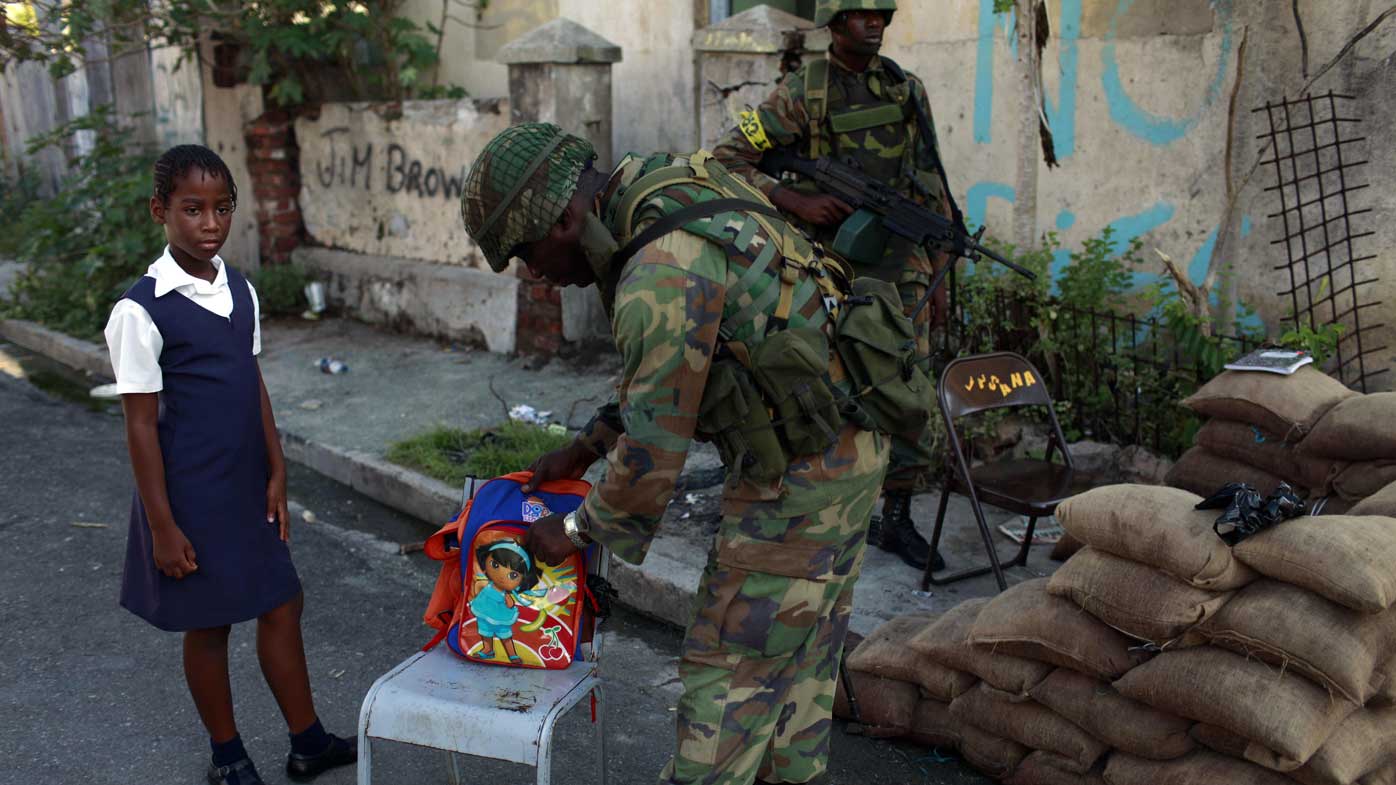 The deadliest city in the world in 2013, San Pedro Sula has been plagued by criminals deported from US jails.

Gangs like MS-13 were formed in US prisons, and as the members were deported to their countries of birth, they brought the crime with them. 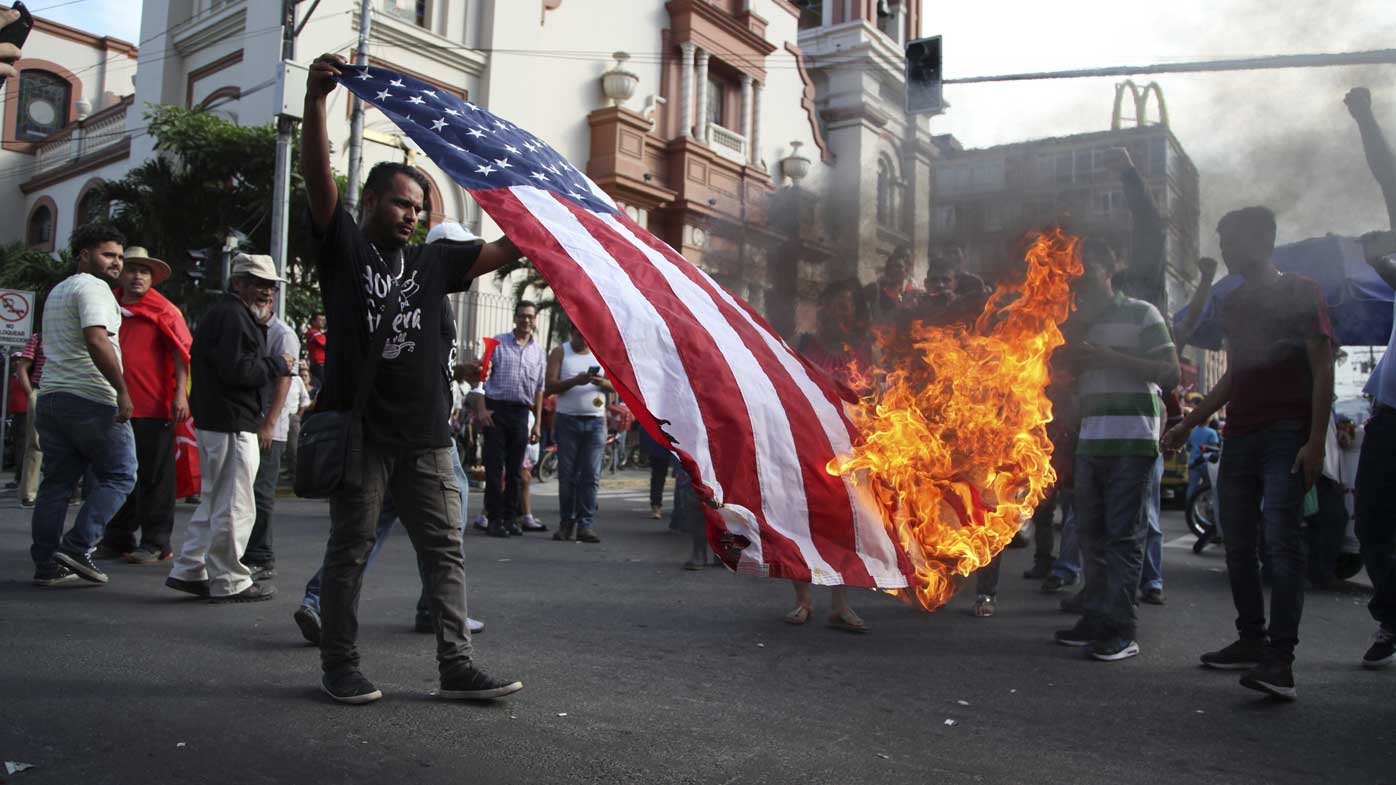 Still recovering from Hurricane Maria and ignored by Washington, Puerto Rico's residents are terrified from a surge in daylight murders.

The US territory declared bankruptcy after the devastating hurricane, and there has been an exodus of residents heading to the mainland.

Among those are 5000 police officers who have quit in the past few years.

The murder rate in the Puerto Rican capital of San Juan is ten times the US average. 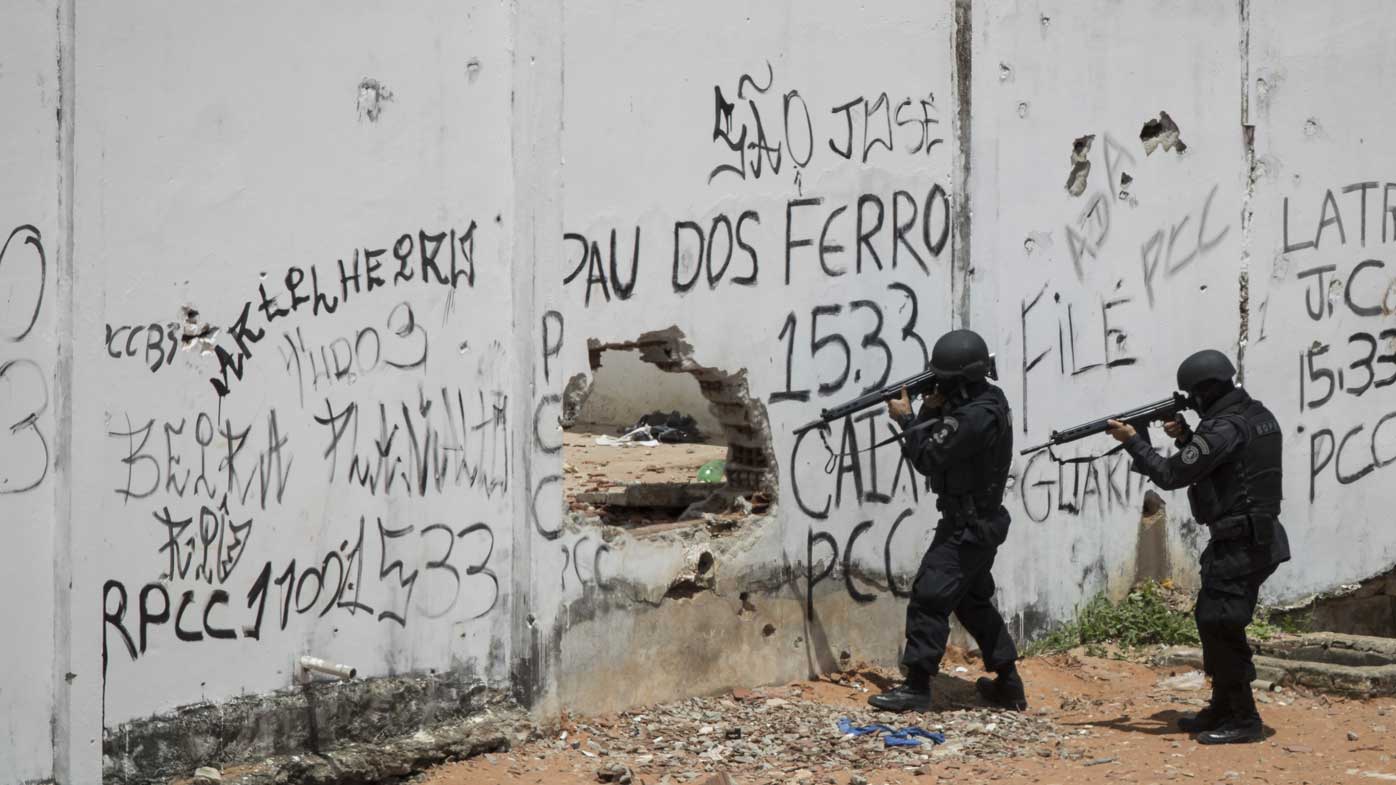 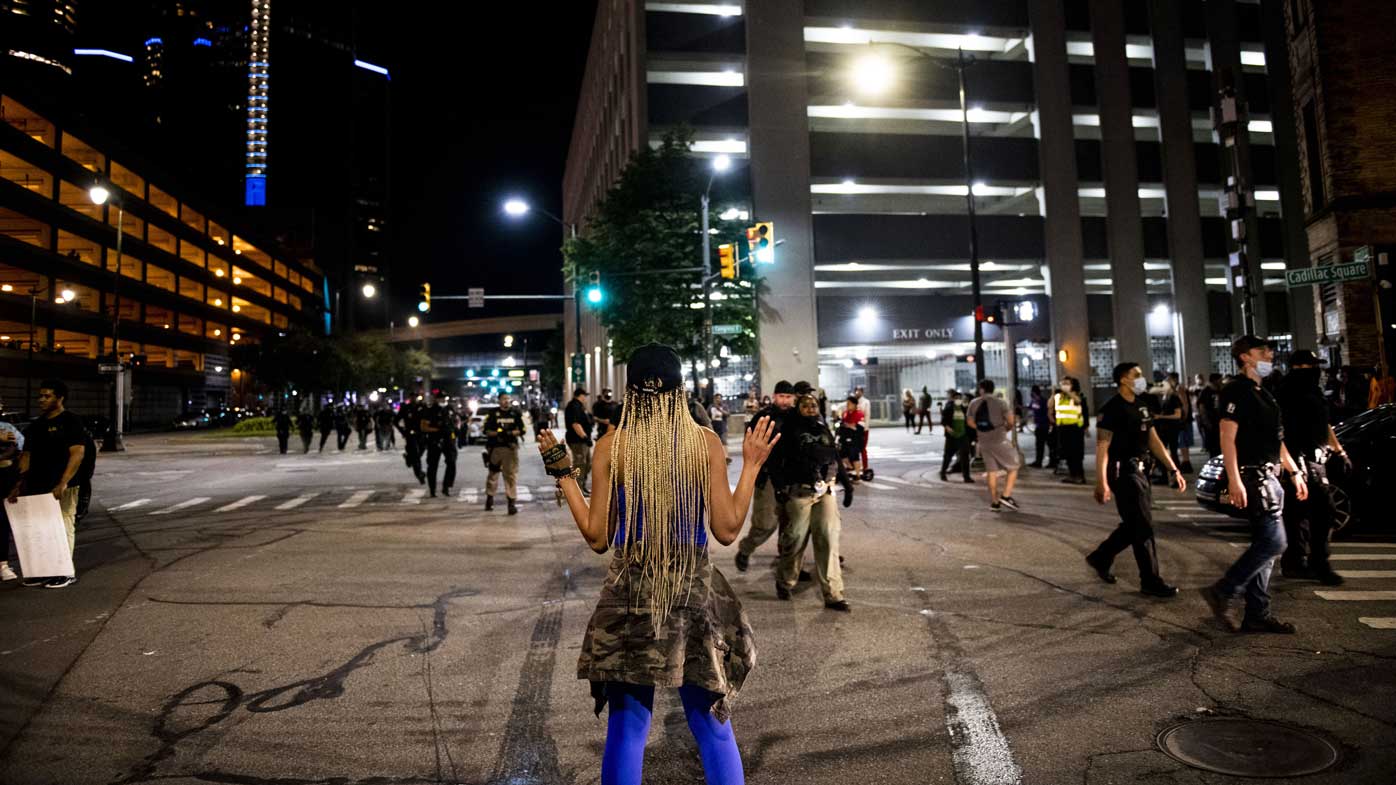 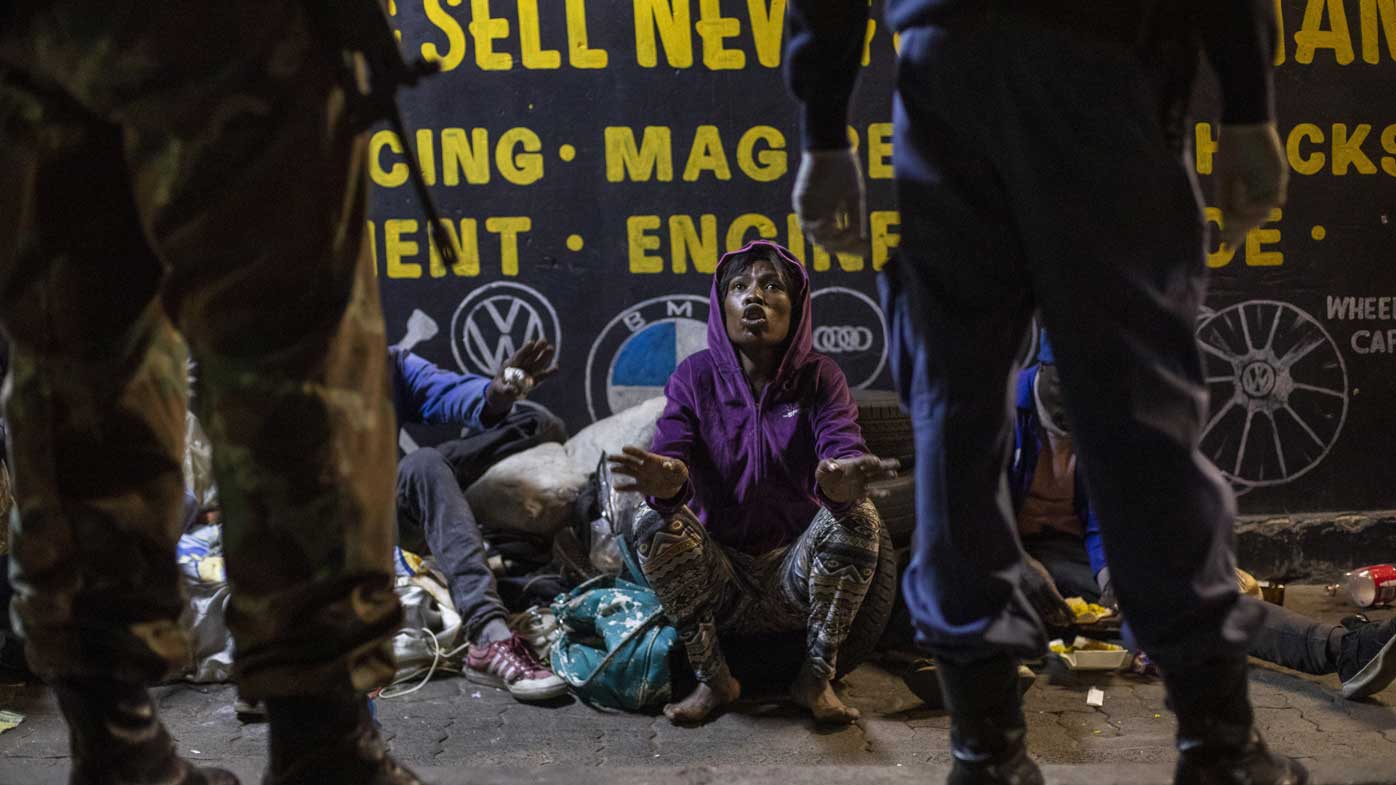