There are potentially thousands of casual COVID-19 contacts in Victoria after positive cases were tracked at “high-risk settings such as bars and nightclubs,” Australia’s Chief Medical Officer has warned.

There are potentially thousands of casual COVID-19 contacts in Victoria after positive cases were tracked at "high-risk settings such as bars and nightclubs," Australia's Chief Medical Officer has warned.

Professor Kelly said an emergency Australian Health Protection Principal Committee (AHPPC) meeting had been held to discuss the outbreak, after four new local cases of coronavirus were recorded in the Melbourne cluster today.

"We know this is a variant of concern that is more transmissible," he said.

"We are watching that carefully and closely.

"We have the group of 30 cases so far all linked - that is an important component we know so far." 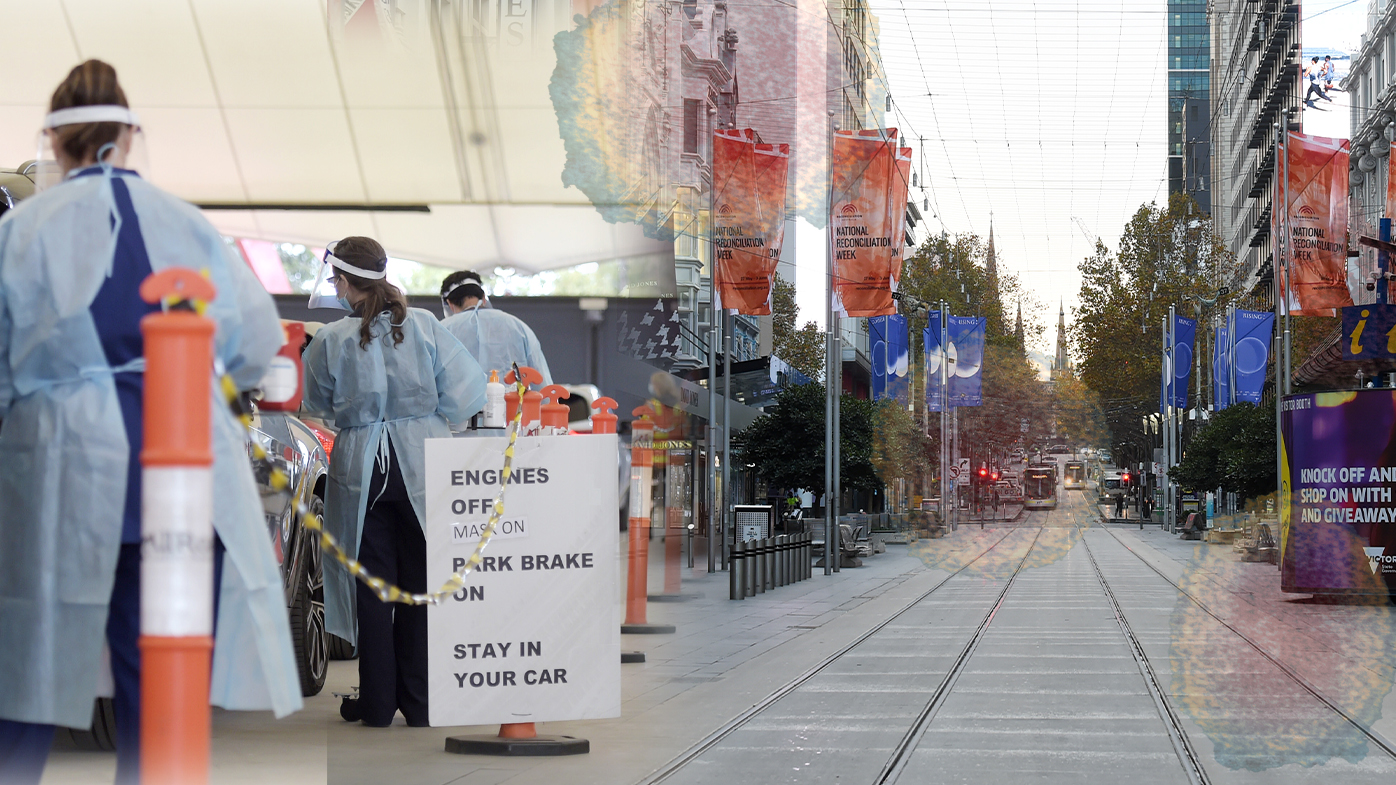 Additional defence personnel have been requested by the Victorian Government to help enforce stay-at-home measures after a snap lockdown was launched at midnight last night.

Today's numbers bring the cluster to 30 positive cases, with a record 47,462 people coming forward for testing in the past 24 hours.

"We will be putting a formal request through for around 160 additional ADF staff for at least the next fortnight to assist our authorised officers in doorknocking," Acting Premier James Merlino said.

The personnel will primarily assist with compliance and other tasks related to contact tracing.

"You really never know what to expect. Of course, four is better than 10. It is not over yet," Professor Sutton said.

"We can get 10 tomorrow, 20 tomorrow we absolutely have to recognise that there are thousands and thousands of close contacts still to go through."

Victoria is currently on day one of a seven-day "circuit-breaker" lockdown with new restrictions in force since midnight.

The shutdown confines more than six million people to their homes, with limited exceptions, until 11.59pm on June 3, in an attempt to control the outbreak.

This is the state's 160th day in lockdown since the pandemic began.

'There is real cause for hope'

Health Minister Greg Hunt praised Victoria for entering into a lockdown quickly and decisively, saying: "there is a real cause for hope".

"We said yesterday we thought this was a regrettable, but necessary step given the circumstances on the ground," he said today.

"There is, however, real hope with the results overnight." 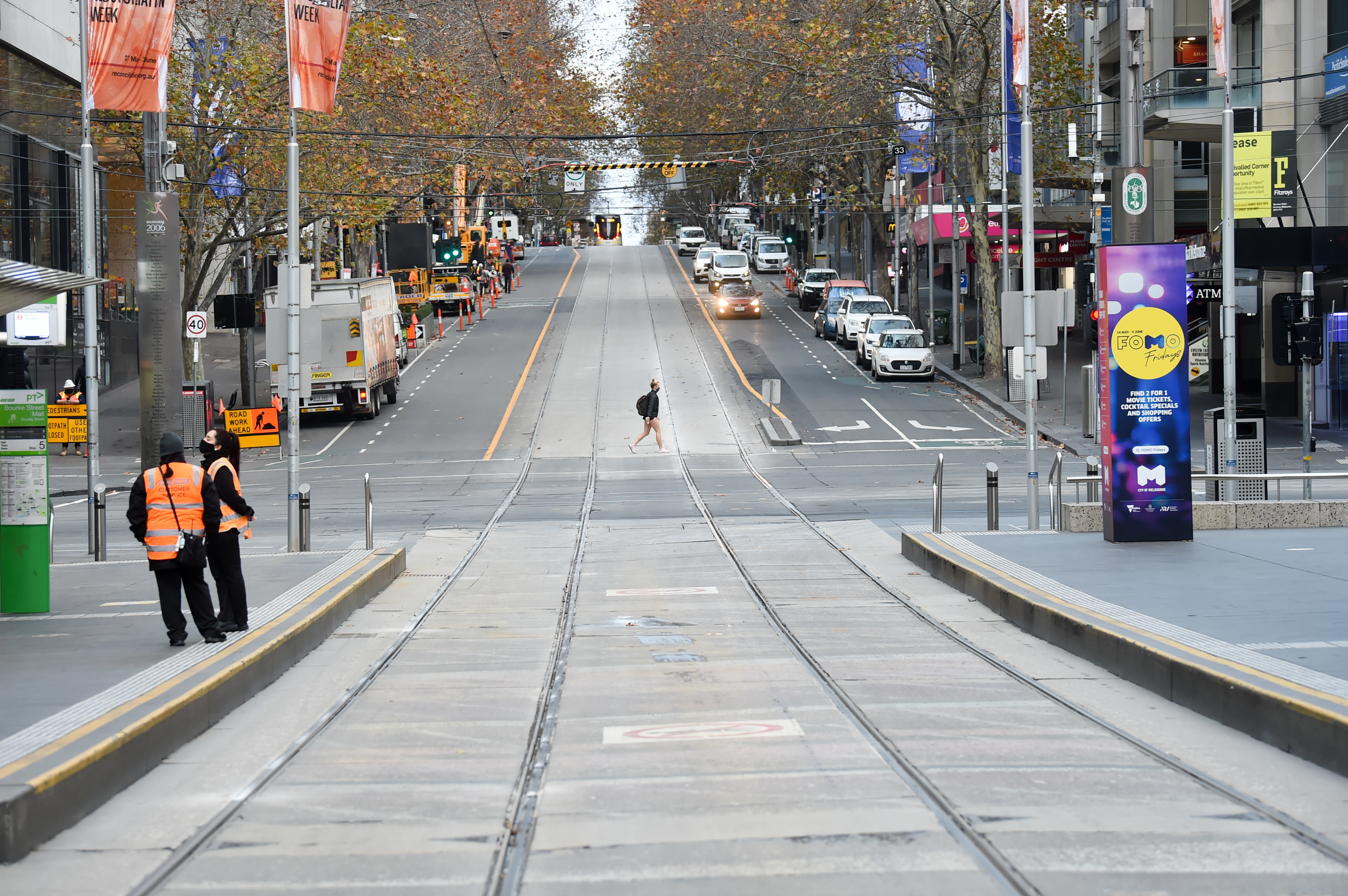 An additional 130,000 vaccines are being allocated to Victoria in light of the new COVID-19 outbreak.

Mr Hunt said there were "significant stocks" of vaccines available in Victoria.

All Victorians residing in Commonwealth aged care facilities will have been vaccinated by the end of the day.

One person linked between two outbreaks

"Of those 15,000 people we now have 1452 identified as primary close contacts associated with both the Whittlesea outbreak and the Port Melbourne outbreak," he said.

Mr Weimar confirmed there are currently 30 positive cases across those two outbreaks and one person is linked between them.

He also said the current list of exposure sites has been revised to over 120 venues and cited hospitality venues as a particular area of concern, with one of the latest cases traced back to one such venue.

EXPLAINED: What you can and can't do for the next week in Victoria "We have an individual who was at the Sporting Globe in Mordialloc between 6.15pm and 9.45pm on Sunday, May 23, we believe they caught the infection then and they were confirmed positive in yesterday's numbers.

"So we now see the significant risk in particular at those social venues, the bars and clubs ... and we are very keen to ensure that people who have been to those places at those times come forward very quickly."

The cases in the outbreak were linked to either households, the Stratton Finance workplace or through casual links to the City of Whittlesea.

However, the Sporting Globe case is the first which is not directly linked to the households or workplace. 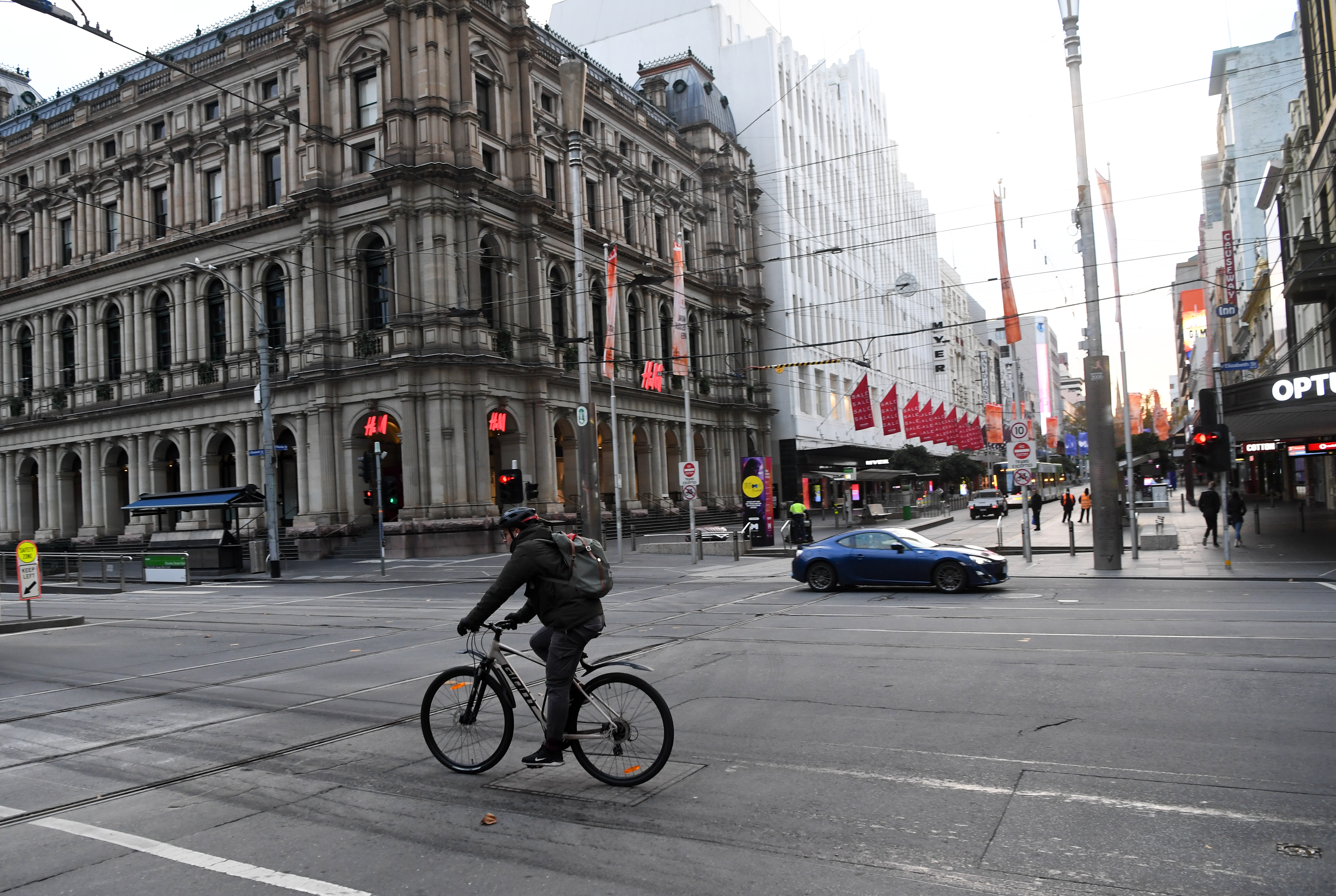 An astounding 47,462 tests were received to midnight and testing sites like Albert Park and the Melbourne Showgrounds are experiencing long wait times up to two hours long, but people are largely happy to wait with little else to do on day one of lockdown.

Victorians now only have five reasons to leave home: shopping for food and supplies, authorised work, care and caregiving, exercising with one other person for up to two hours and getting vaccinated or tested.

Victorians in their 40s are eligible for the Pfizer vaccine.

Lines formed yesterday at the airport and some hit the road as they tried to bring forward holiday plans to escape the restrictions. 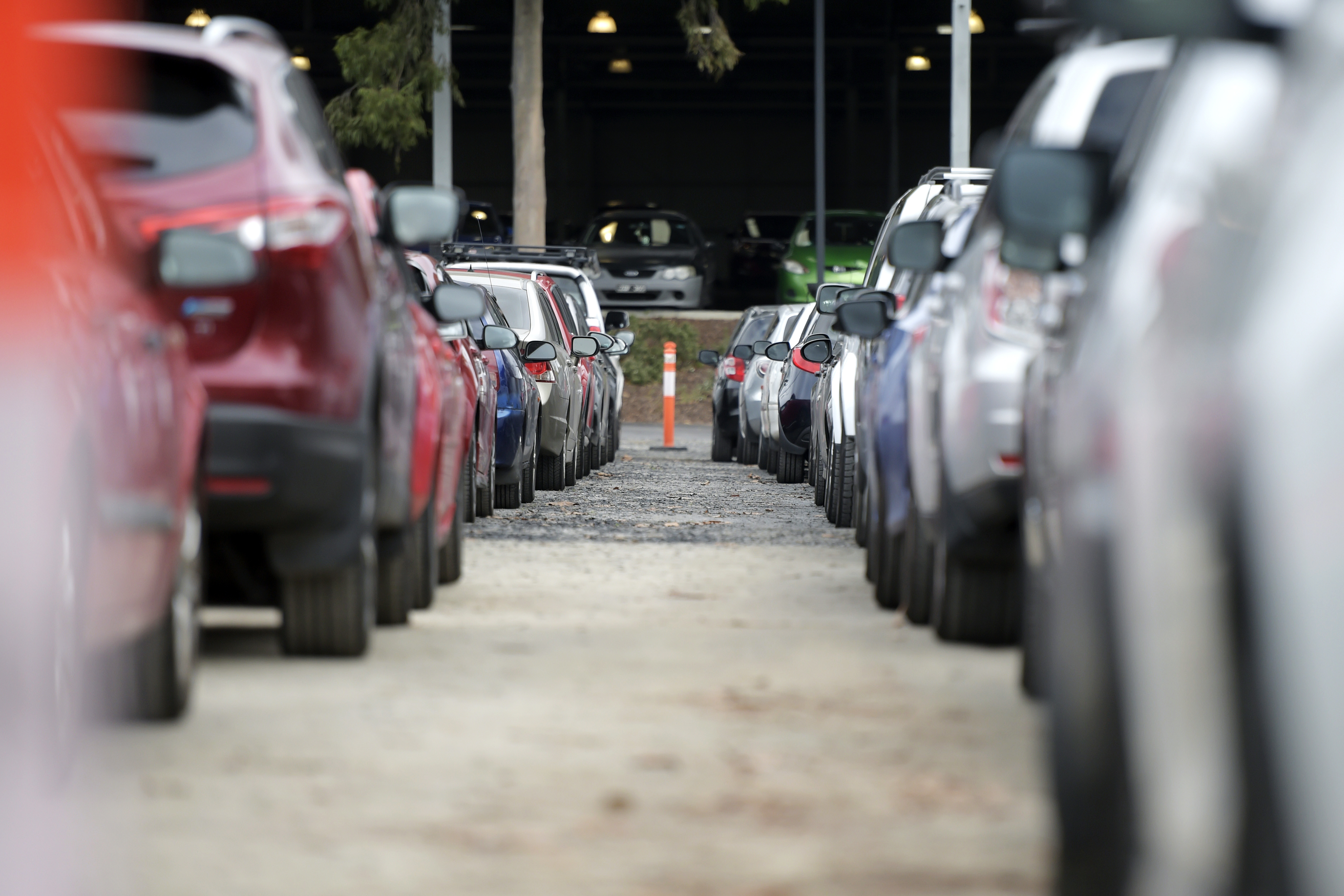 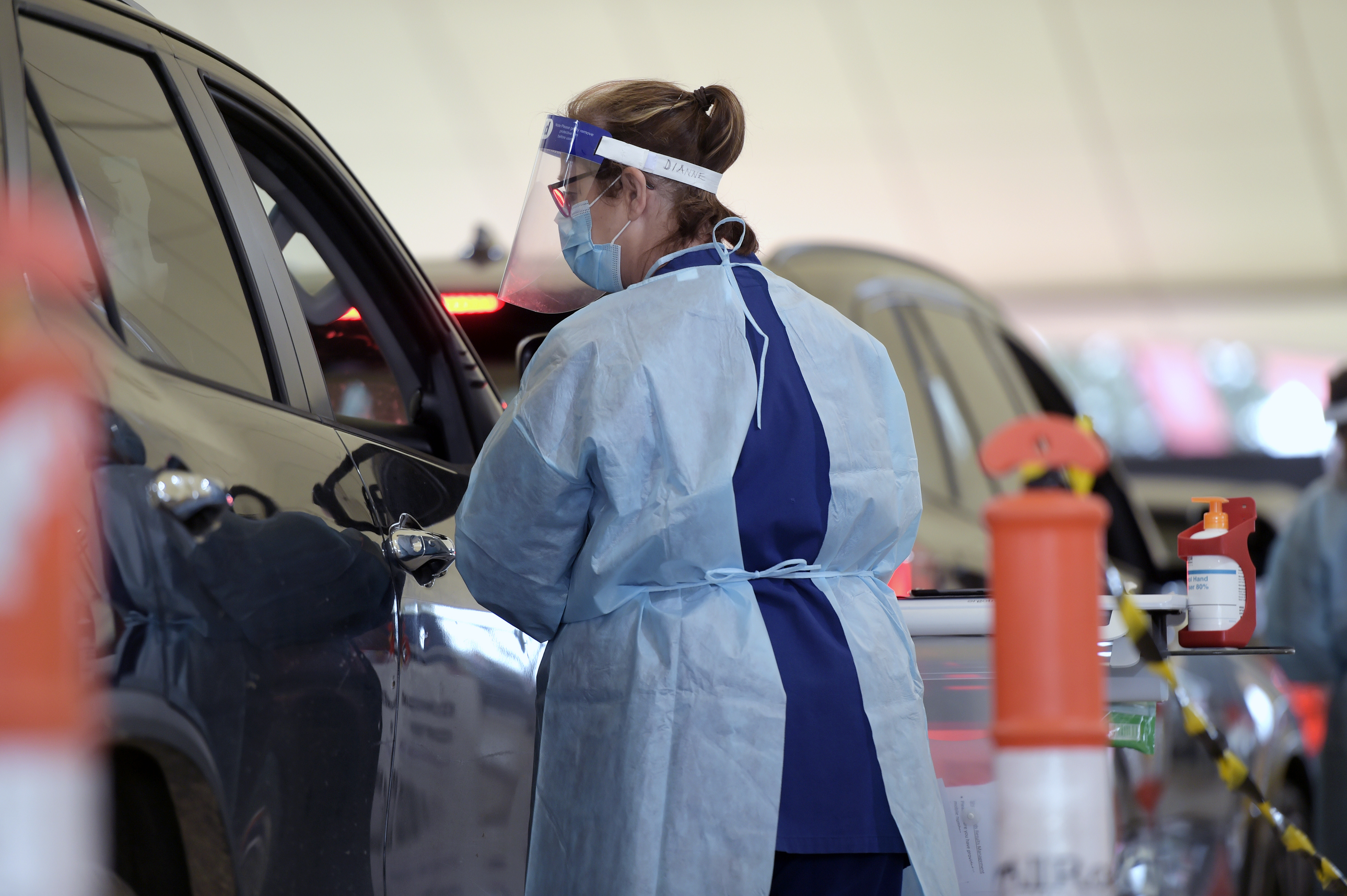 "We thought we'd get out of Melbourne as quick as possible," one lady told 9News on the way to Deniliquin in New South Wales.

There were delays of between two and three hours at a South Australian border checkpoint heading west on the Dukes Highway yesterday.

Most were South Australians heading home but the queues also included some regional Victorians looking to escape the lockdown and travellers caught out by the snap measures.

At the airport, holidaymakers tried their luck at escaping despite Qantas and Virgin cancelling more than 25 flights in and out of Melbourne.

READ MORE: Victoria opens vaccination to anyone aged 40 and over