A customer and shop-keeper have come terrifyingly close to being mowed down by an out-of-control car, that careered through the front of newsagency in Adelaide's South.

CCTV has captured the moment the vehicle slammed into the front window of the Park Holme outlet.

The store's owner who was behind the counter scrambled out the way, while a customer leaving the store was in the vehicle's path a split second before the crash. "The lady, instead of reversing the car … bang, bang she just drive through the car into our shop, and you know it's scary," the newsagency's owner Karen Hua said.

The counter was shunted metres straight into her side, but somehow she escaped with just bruises.

Customers swarmed the store when they witnessed the crash just before midday, checking to see if the seventy-four year old driver was alright. 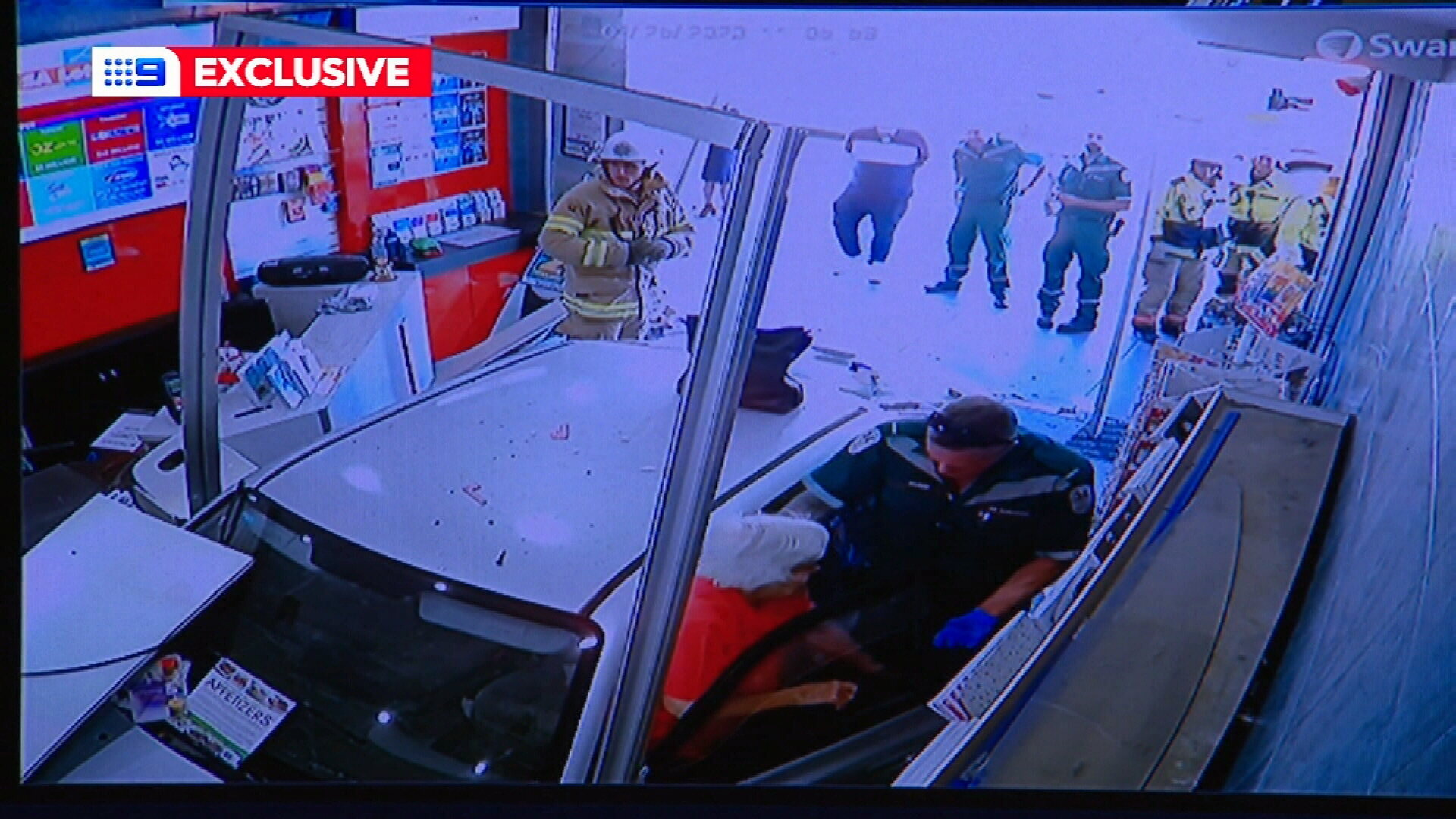 She was shaken and uninjured but trapped in the vehicle, emergency crews helping her out.

The owner's husband comforted the elderly woman, who is believed to have put her foot on the wrong pedal.

Firefighters removing the debris from the store, before reversing the Hyundai back out. 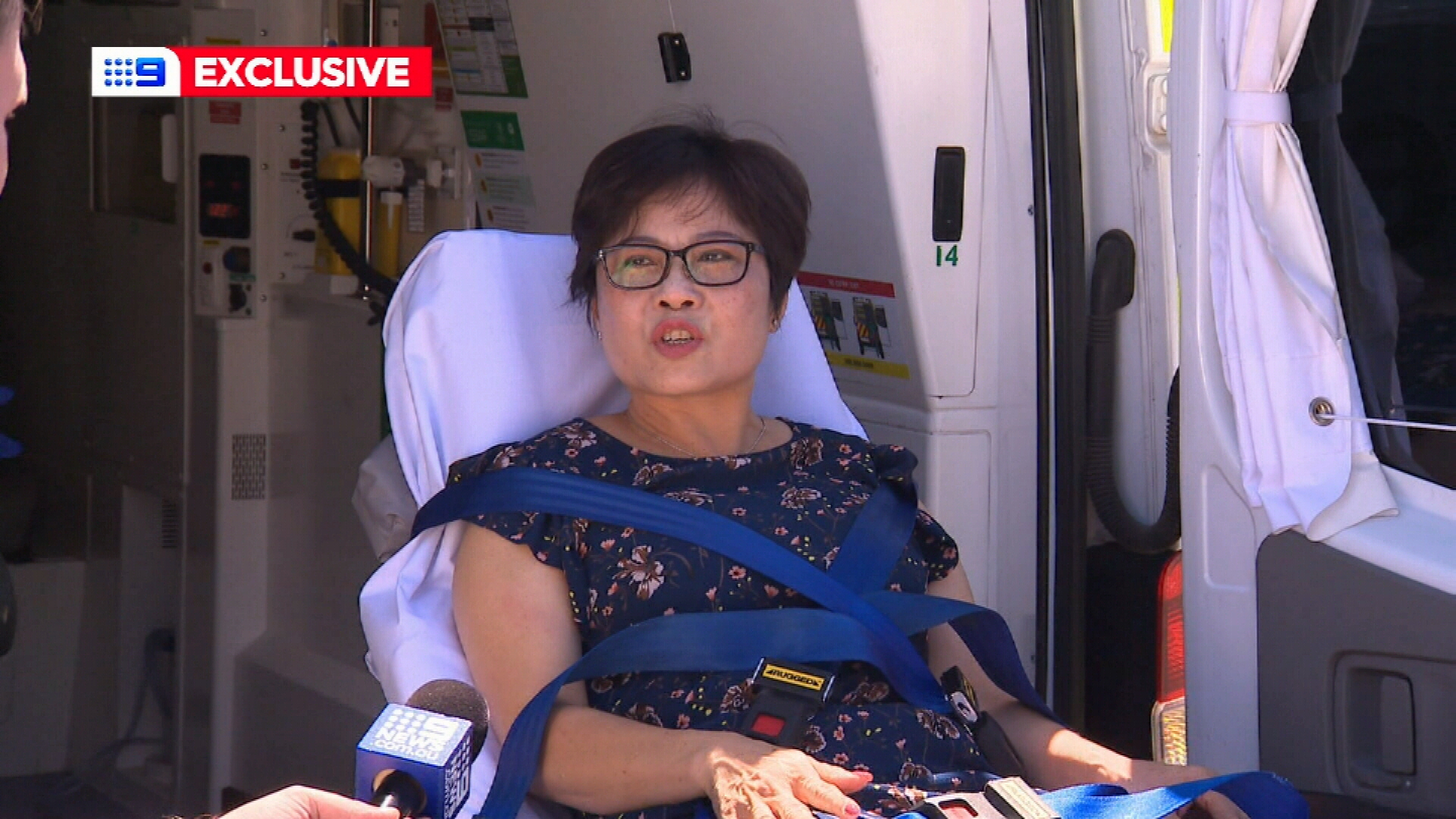 The shopfront extensively damaged with customers thankful they weren't inside when the car crashed through.

The owner says he's insured but he doesn't know how long it will take to clean this mess up, and open his doors to customers.