Nick Ellwood has a bond with his pet Bengal cat Mario that can only be described as special.

Nick Ellwood has a bond with his pet Bengal cat Mario that can only be described as special.

"Mario is on his bed every single night, when Nick can't talk or move," Mr Ellwood's wife Caroline Boileau said.

"To have that constant companion with him is really important. It actually affects Nick's breathing and can settle his heart rate."

The Melbourne man is in the end stages of a cruel neurological disease that means he is aware of his surroundings but can't speak or move. 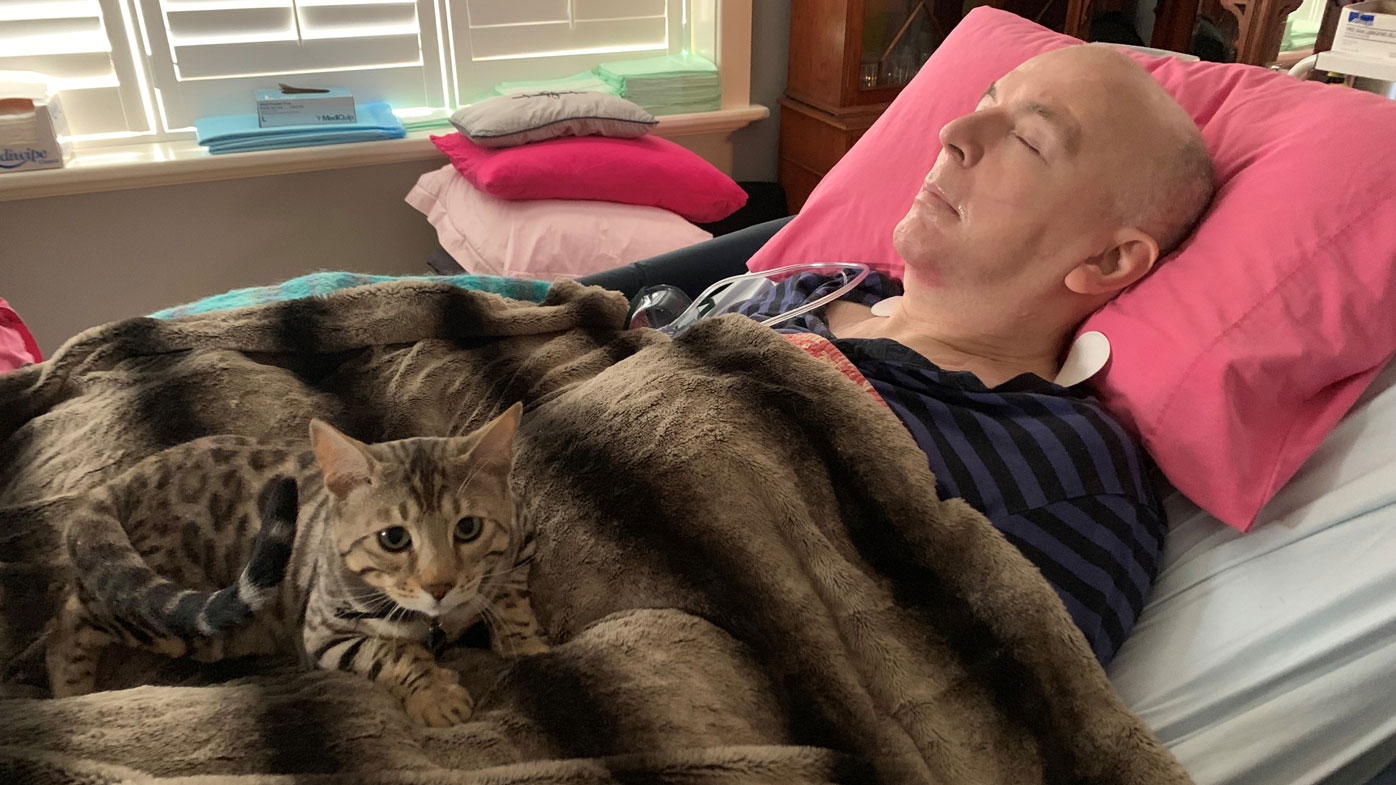 When the family adopted Mario just over a year ago, the cat was battling extreme health problems of his own: a gut parasite that almost cost his life.

When Mario recovered, he warmed to Mr Ellwood immediately.

"Cats can be bastards," Mrs Boileau jokes, "but Mario has always been all about Nick."

The nurse believes it's because the Bengal can sense Mr Ellwood needs him.

The family hasn't seen Mario since August 9 and believe he was stolen near their Glen Iris home.

"We're 99 per cent sure he hasn't been injured," Mrs Boileau said. 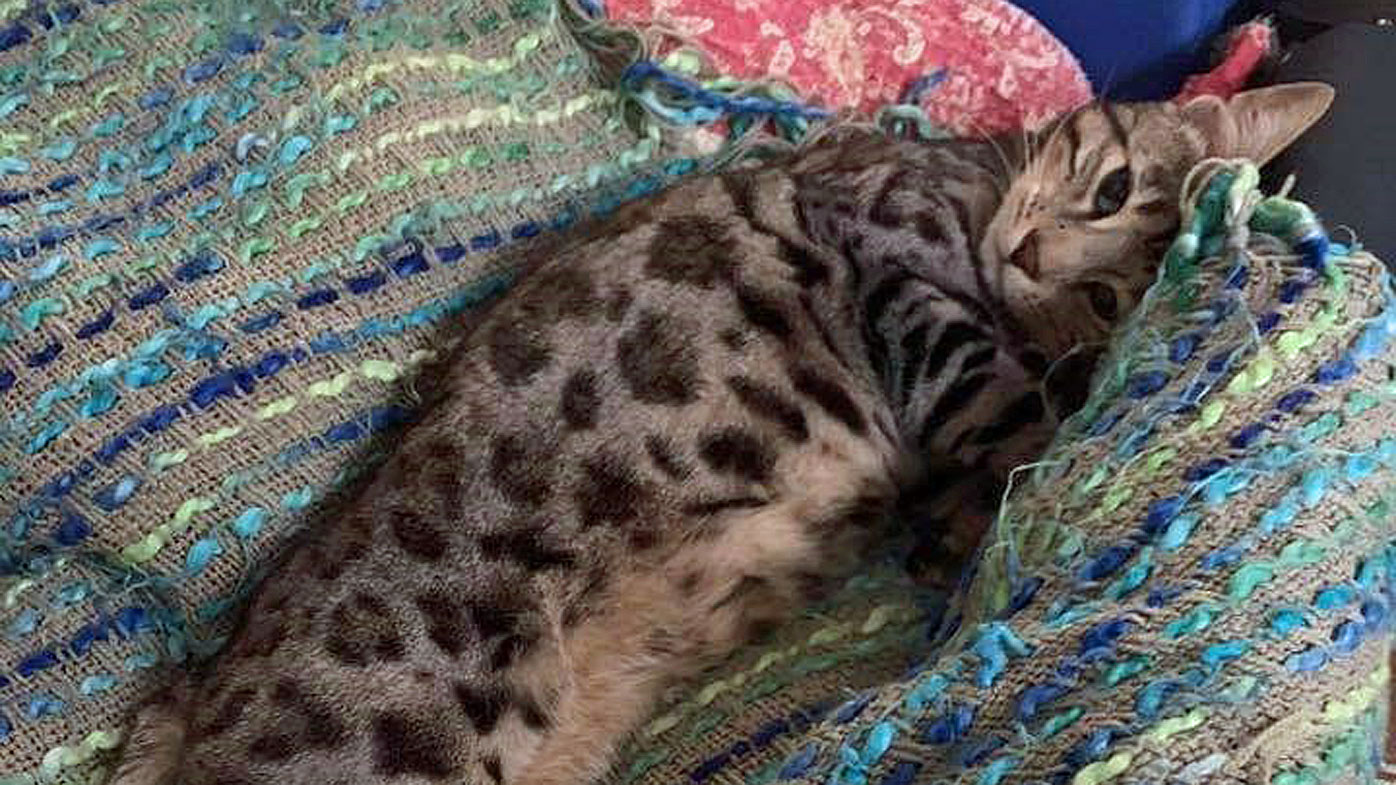 "In our area, if councils pick up a cat, squashed or not, they'll take it to the pound. They scan for microchips in all animals dead or alive and then notify the registered owner."

Mrs Boileau and her two children have filed a report with Boroondara police and the family is offering a $1000 reward for Mario's return.

READ:  Why does coronavirus kill some young people?

The demand for cats has soared during lockdown in Victoria, making the animals a prime target for thieves who can then sell them online.

"The risk is they (thieves) can sell them dodgy on the side," Rachel Bitzilis from the Cat Protection Society said.

"For us, it's been huge. It's definitely a supply and demand challenge," she said. 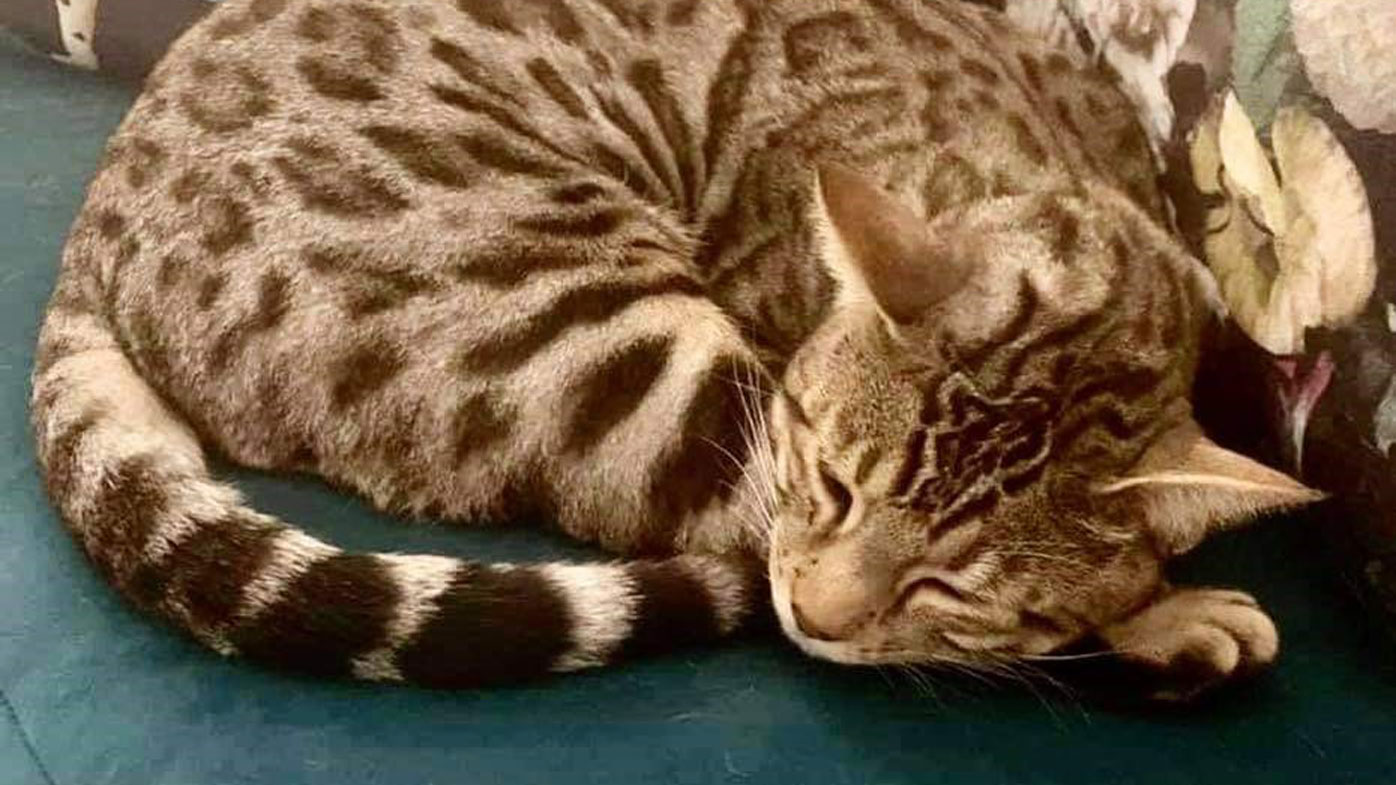 He's desexed, microchipped and was wearing a black collar with diamantes and a bell.

He can be returned to Burke Road Vet, 529 Burke Road, Camberwell.