A man has had 10 centimetre blade delicately removed from his head more than 24 years after a violent mugging had seen the knife embedded there.

A man has had 10 centimetre blade delicately removed from his head more than 24 years after a violent mugging had seen the knife embedded there.

Doctors in China had decided against removing the blade following the attack because they said any movement to it had posed a life-threatening risk.

The case had drawn the attention of medics who were touring the Chinese countryside. 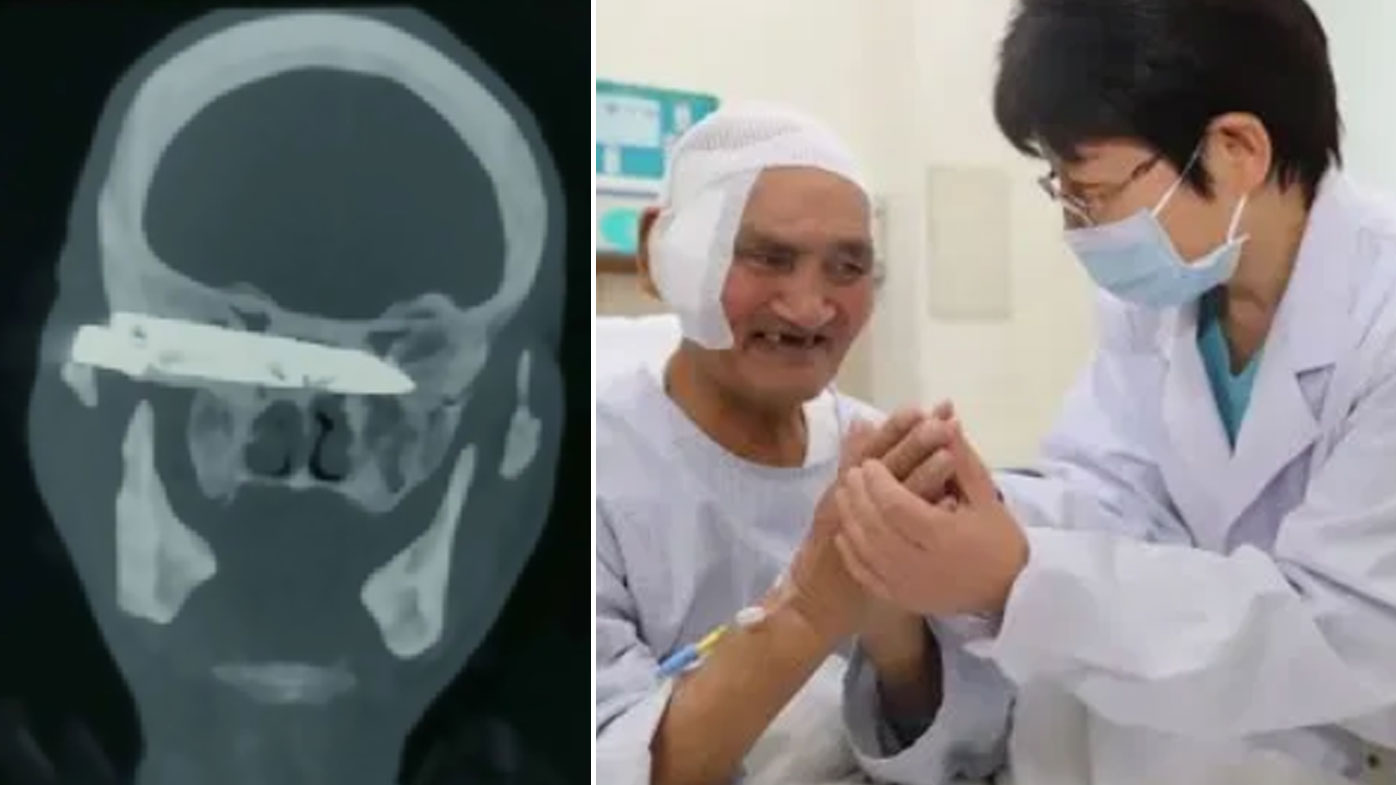 "When we found him while on a medical tour of Qinghai, we learned that experts had decided on more conservative treatment, prescribing only painkillers," Dr Zhang Shuxiang said.

"But his symptoms became increasingly severe and unbearable.

"Due to the limitations of local hospitals, we decided to bring him to Shandong for the best possible treatment."

The blade that was removed was a knife used to cut and dissect fruit, and was removed after two very delicate surgeries. 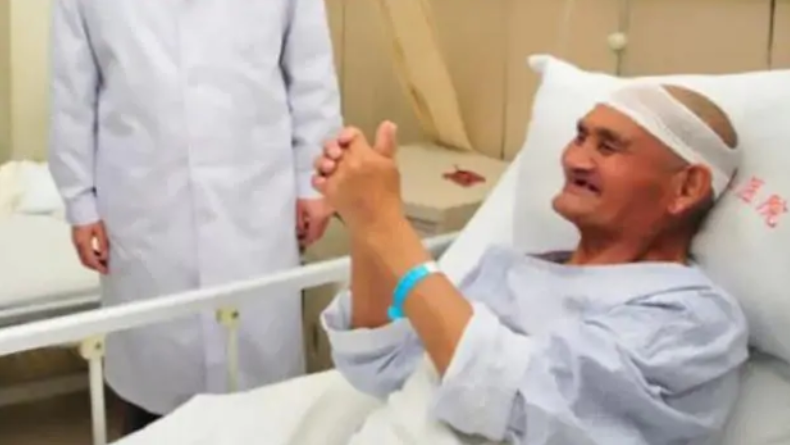 Scans showed the blade at the base of his skull, lodged against his eye socket and pressing against his optic nerve.

Chief neurosurgeon Liu Guangcun believed removing it was the only way the pensioner's suffering would be resolved "once and for all".

"He's recovering well and can already walk around on his own," Dr Zhang said.

"His head pains are gone, and he has regained full sight in his right eye."