Travellers and locals alike have been urged to batten down the hatches and be cautious as a heavy storm rolls across Western Australia.

"We couldn't see 20-30 metres ahead of us, so we turned back," traveller Riley Even said.

"Probably a good decision, it's only getting worse." 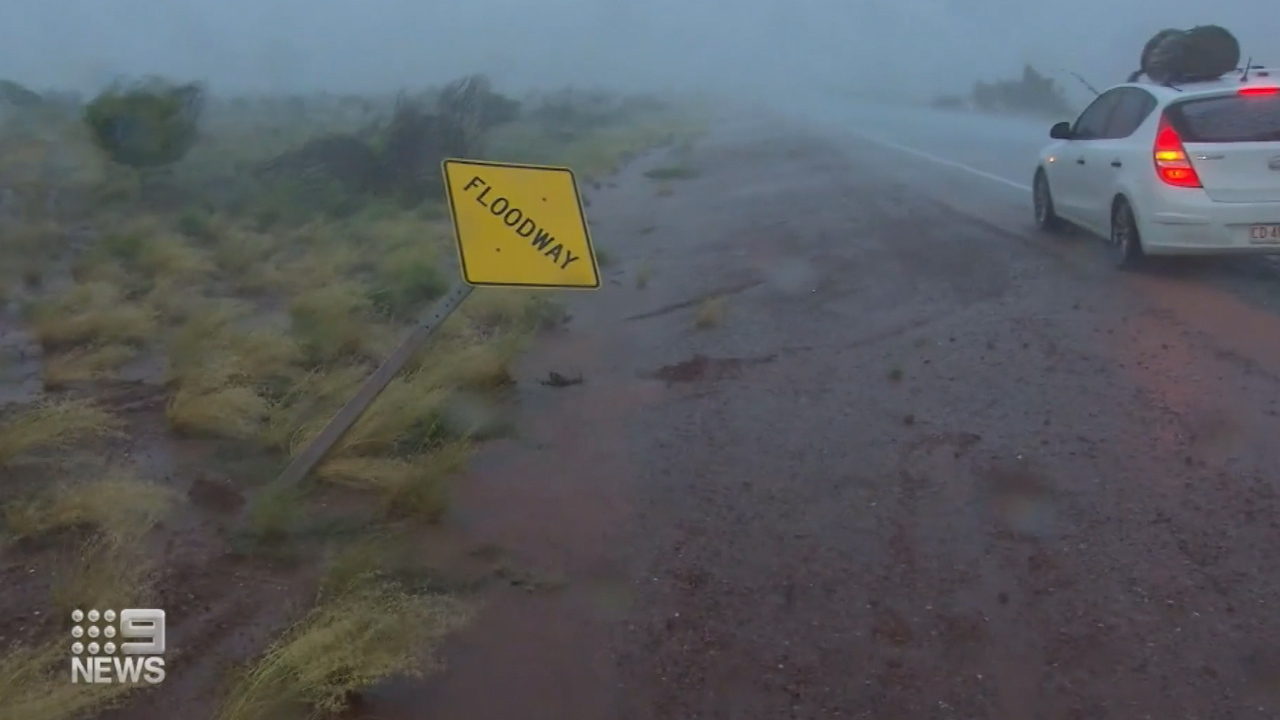 The tropical low is moving in a southerly direction about 250km southwest of Broome, towards Eighty Mile Beach and Sandfire Roadhouse.

However, it's no longer expected to turn into a cyclone.

"It is, though, still a very powerful system and is producing gusts in excess of 100km/hr," Neil Bennett of the Bureau of Meteorology said. 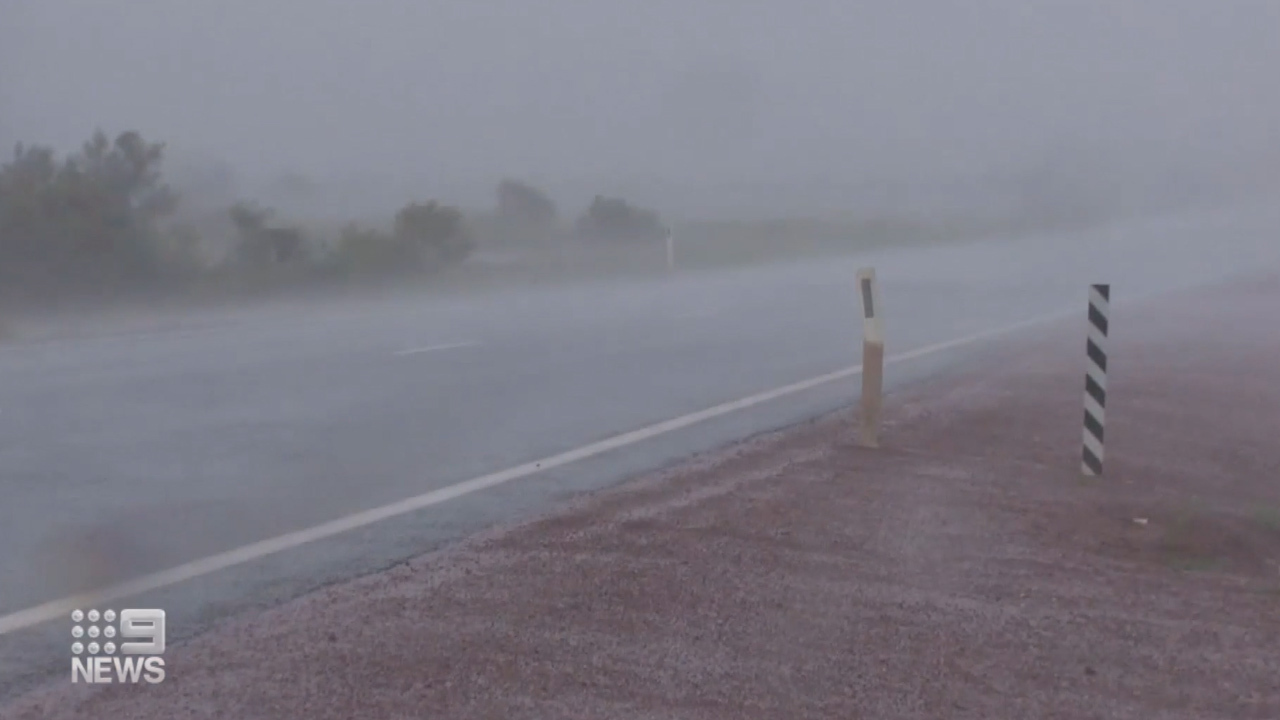 The storms began early this morning and even without the cyclone there's more to come, with authorities thinking parts of the main road between Port Hedland and Broome will flood.

The BoM has predicted up to 300mm could fall in isolated areas during the next 24 hours, posing a flood threat to parts of the Pilbara and the Kimberley. 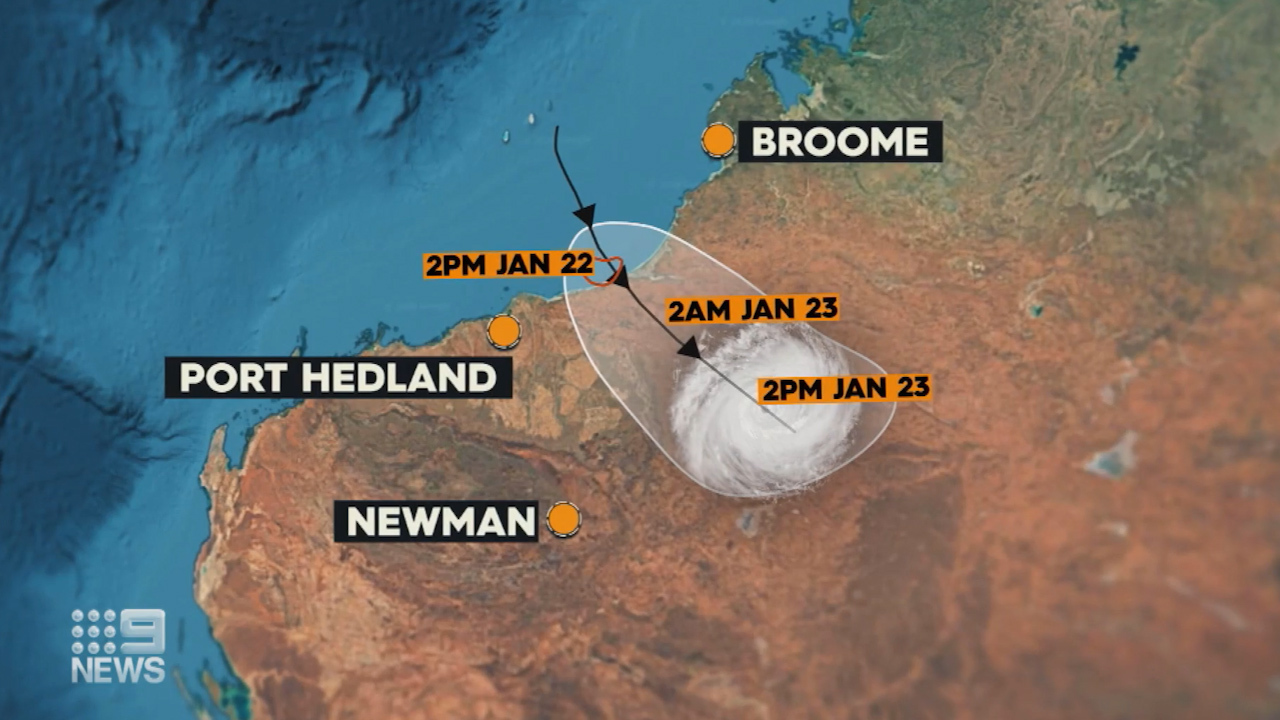 No major roads so far have been closed, but could be at any moment.

READ MORE: Four-day heatwave will be 'shock to the system'

The low is generating scorching temperatures on the other side of the country, pushing a mass of hot air toward the southeastern states.

A four-day heatwave is set to hit NSW, Victoria, the ACT and South Australia over the long weekend, with temperatures forecast to surge today.

Daytime temperatures are expected to be well above average today, with daily maximums set to reach between 35C and 45C through Sunday and Monday.

READ:  TUU Funding Must Be Restored

"It is really going to build and come to head on Sunday and Monday. For South Australia, it will peak on Sunday. Up to 41C in Adelaide. On Monday it will be Victoria's turn, 41C in Melbourne and then Tuesday is really going to get hot in NSW," The Bureau of Meteorology's (BOM) Jonathan How told Today.

"It is getting up into the high 30s and low 40s across Western Sydney and even the 30s along the coast as well. For many people, it will be the hottest day since last January and February, with very uncomfortable nights ahead as well."

The BOM's Gabrielle Woodhouse said the hot weather would be a departure from recent cool temperatures, particularly in NSW.

"We haven't really been experiencing this kind of heat, compared to say last summer when we were having this heat fairly regularly," she said.

"It's going to be a bit of a shock to the system for many people, so it is quite significant because we haven't been seeing these temperatures recently."

People in NSW hoping to escape the heat at the beach today are being warned of dangerous surf conditions with large waves and dangerous currents between Sydney and Byron Bay.

Mr How said the heat will stick around for at least four to five days.

"There is a cool change coming through on Monday and Tuesday. For South Australia, the change will come through just after lunchtime on Monday. For Melbourne, it will be on Monday, late afternoon,early evening. Unfortunately for NSW, it won't come through till later on Tuesday night," he said. 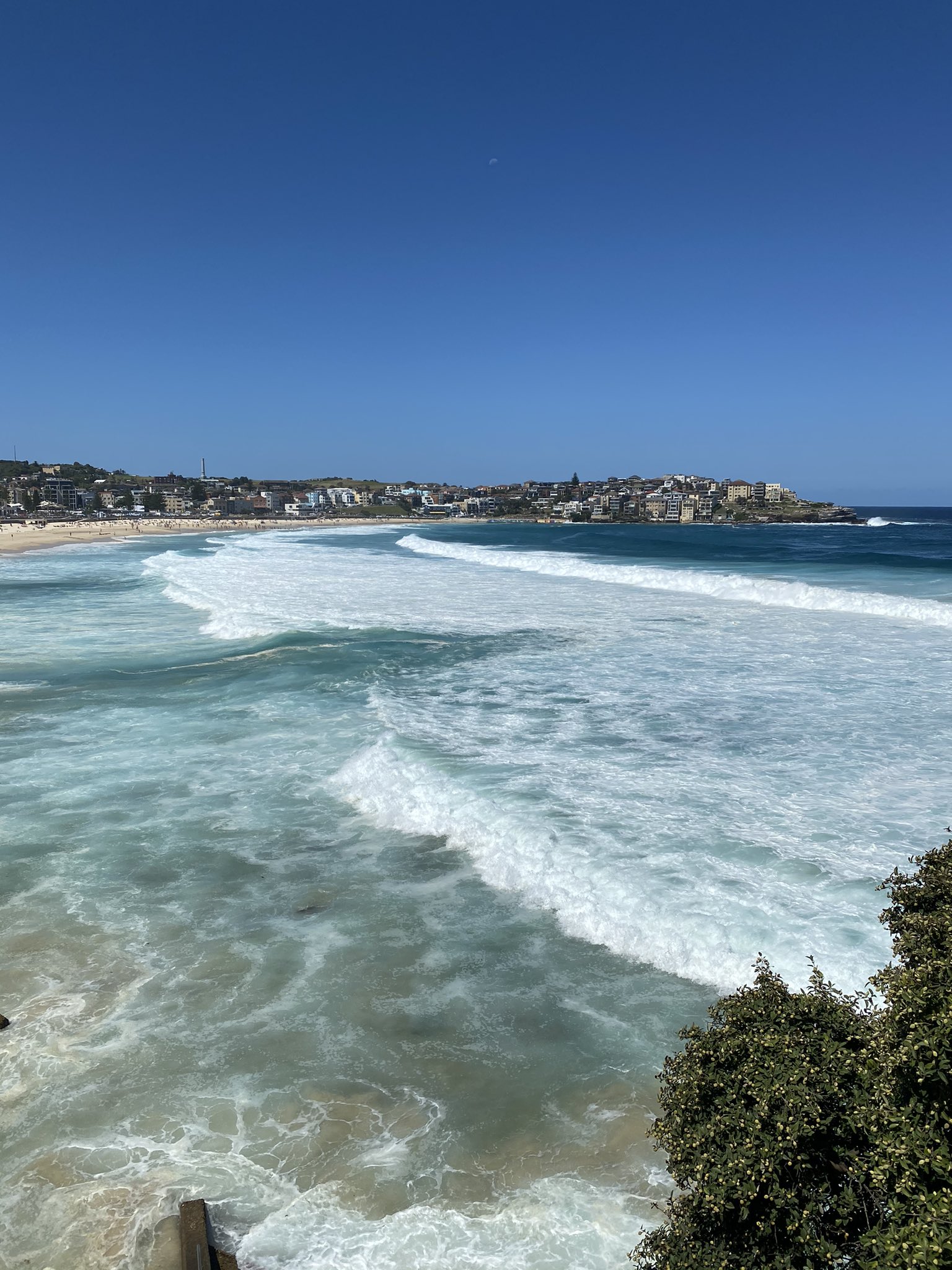 Sydney will be sunny morning minimum of 18C and maximum of 31C in the city. Medium chance of showers and the chance of a thunderstorm during this afternoon and evening.

Canberra will be sunny with a low of 15C however temperatures are forecast to climb to top of 34C at around 3pm - roughly 5C above average for this time of year.

Mostly cloudy, cool-to-mild in the south. Mostly sunny, warm-to-hot in the north.

Melbourne for will be mostly sunny minimum of 17C and a maximum of 26C.

Brisbane will be partly cloudy with a low of 20C and a top of 29C.

Temperatures in Brisbane will be less severe over the long weekend with tops of 30C until Monday however conditions are expected to persist for the remainder of next week.

Adelaide will be sunny with a low of 16C and top of 32C before temperatures surge past 40C this weekend.

Very hot and sunny with a low of 21C and a top of 26C. Winds gusting up to 60 km/h at times about the Darling Scarp.

A tropical low on the WA coast is triggering gale-froce winds between Bidyadanga and De Grey today and may extend to other parts of the warning area during Friday afternoon.

Destructive winds with gusts to 130 kilometres per hour may develop today or early Saturday as the system nears the coast.

A flood watch is also current for parts of the Kimberley and Pilbara.

Hobart will be cloudy with a medium chance of showers in the afternoon and early evening.