A burst of late-summer heat will sweep across southern Australia this week, causing temperatures 10C above average in some states.

A burst of late-summer heat is set to hit southern Australia this week, causing temperatures to soar 10C above average in some states.

The heat will drift across southern Australia this week as northerly winds develop ahead of a low pressure through.

The hot air will move from west to east during the week, sending temperatures soaring from Perth to Hobart.

READ MORE: Millions without power in Texas as snow storm slams US

The hottest temperatures are predicted in southwestern Australia early in the week, where Perth is forecast to reach 31C today.

By the middle of the week, temperatures will be soaring in South Australia as inland heat gets driven towards the nation's south coast.

Some places on the West Coast and Eyre Peninsula should reach 40C tomorrow or Thursday.

Adelaide is forecast to reach at least 30C each day between today and Friday, peaking at 36C tomorrow. 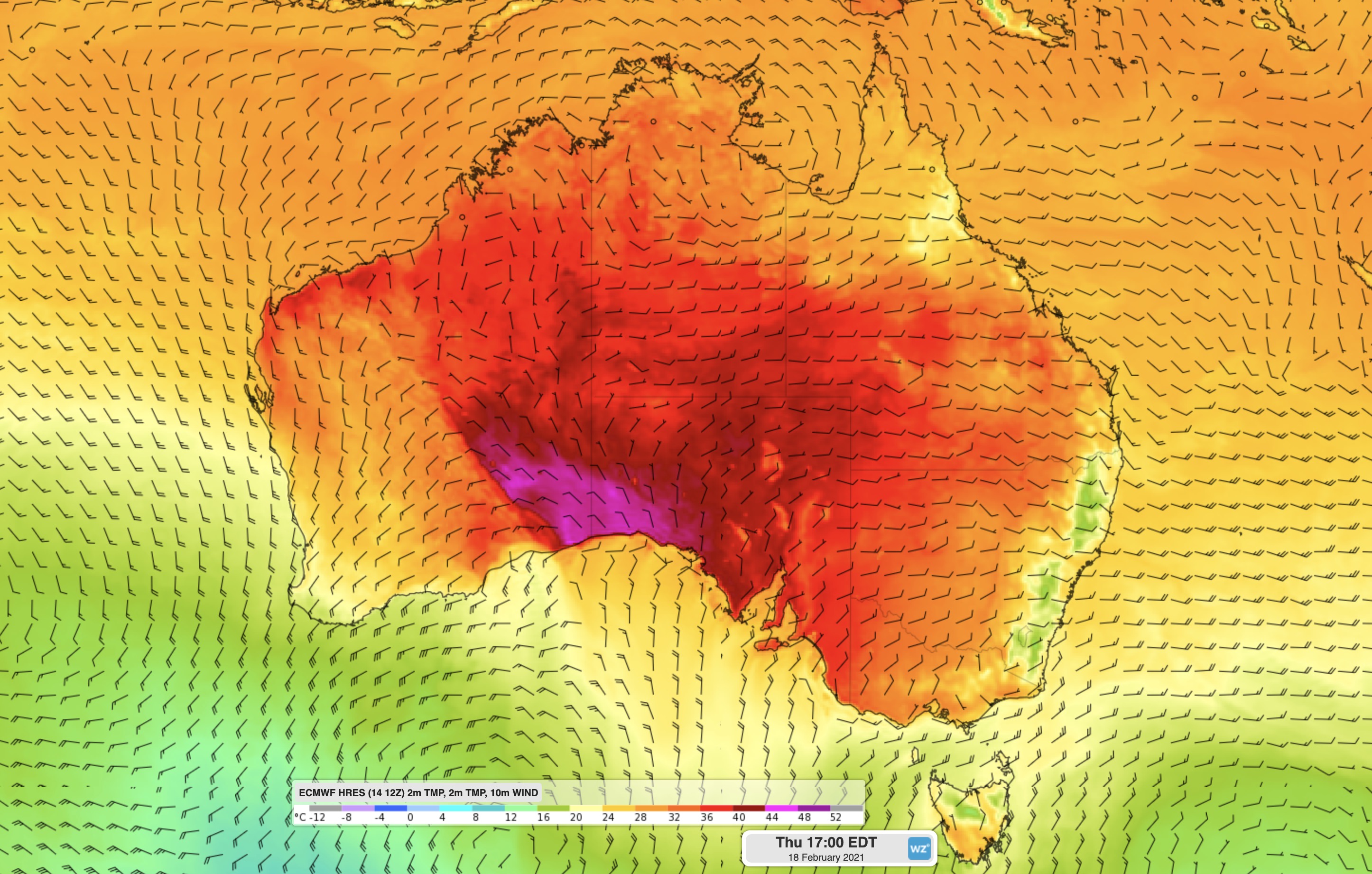 As the hot air spreads further east, a string of hot days and warm nights will cause a low-intensity to severe heatwave in parts of Victoria and Tasmania towards the end of the week.

Melbourne is tipped to have five days of 31-33C starting from today, with the highest temperatures likely to occur on Friday or Saturday.

Hobart is forecast to reach the high-twenties to low-thirties between Wednesday and Saturday, topping out at 32C on Friday - 10C above the city's average maximum temperature for February.

Sydney will be cloudy with a high chance of showers and temperatures peaking at 25C.

A strong wind warning in place for the Byron Coast, Coffs Coast and Macquarie Coast.

Canberra will be partly cloudy with a minimum of 12C and top of 25C today.

Melbourne will be mostly sunny with the chance of fog early this morning. Temperatures will range between 16C and 31C.

Brisbane will be partly cloudy with a medium chance of showers, most likely in the late morning and afternoon and temperatures between 20C and 28C.

Adelaide will be mostly sunny with a minimum of 17C and a maximum of 33C.

Perth will be mostly sunny with a minimum of 21C and a maximum of 31C.

Hobart will be partly cloudy with daytime maximum temperatures 20C to 25C.

Darwin will be partly cloudy with a high chance of showers. The chance of a thunderstorm temperatures ranging between 24C and 30C.