Two teenage girls who hitchhiked from Victoria to South Australia before hopping onto a school bus have been charged.

They were brought to the Victor Harbour police station, where they were charged with breaching COVID management directions and providing false details.

They have since tested negative to COVID-19 after they were taken to hospital earlier on Friday. 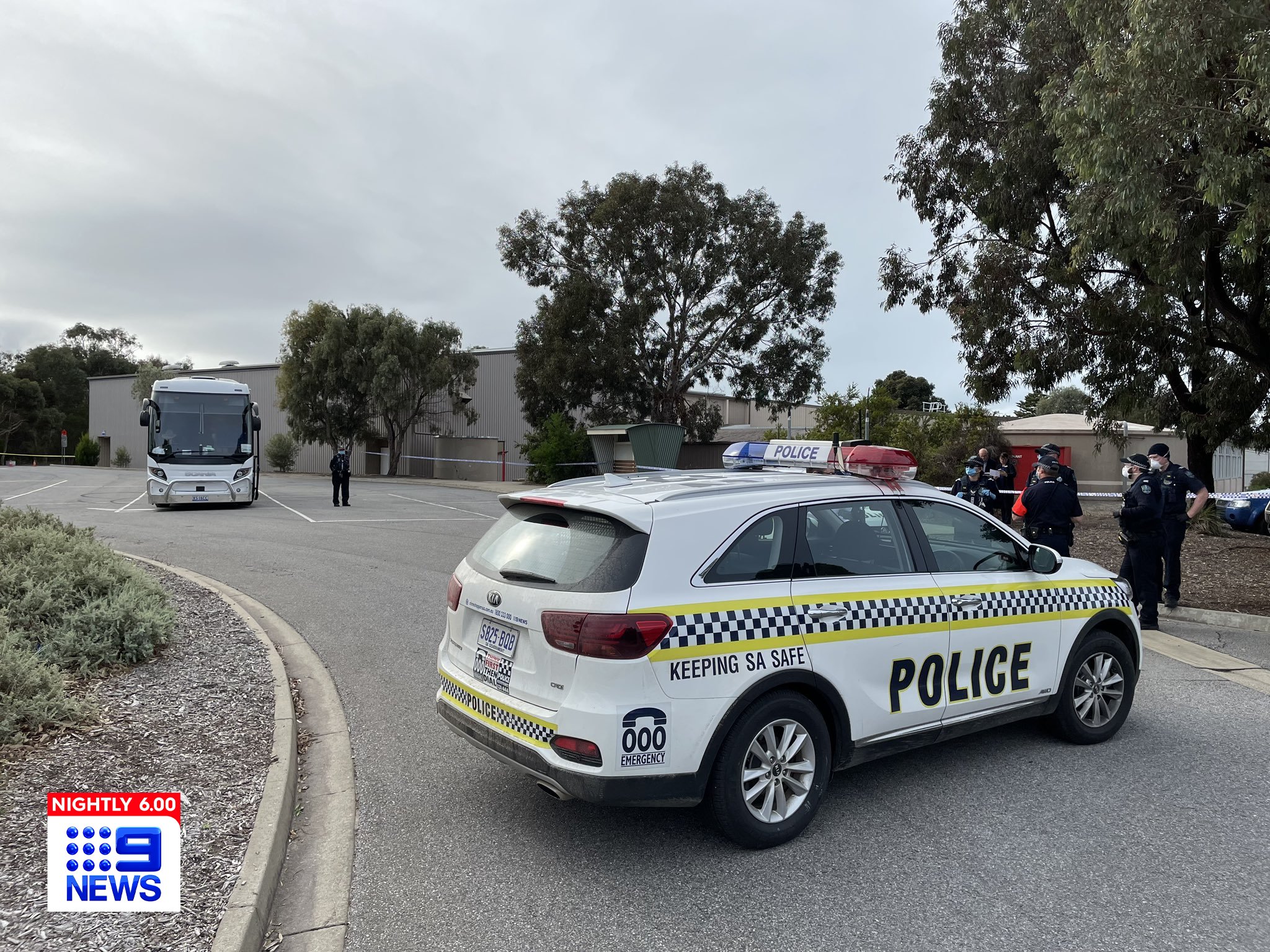 Arrangements are being made to send them back to Victoria at a cost that will be covered by their families.

The students were issued masks and kept on the bus for more than two hours.

Police said the two girls had hitchhiked across the border from Victoria to see another girl in Goolwa.

The three of them then boarded the school bus to Victor Harbor High School.

They had received lifts from several drivers.

"It was pretty stressful at some points," one student on the bus said.

"They didn't tell us anything, we just got told to stay in our seats, be quiet [and] listen to what they had to say," another student said.

The 15- and 16-year-olds had boarded the bus with a friend who attends the school.

By the time they arrived at the school, police officers were waiting.

"They told our bus driver they were new," one student said.

"And he's not allowed to not pick anyone up. They freaked out when they saw the cop cars, then it was obvious that it was bad."

The other students have been sent home into isolation and the bus will be deep-cleaned.

"It's not ideal, that's for sure. Hopefully nothing comes of it," one parent said.

"We just have to self-isolate then wait to have a phone call this afternoon then go from there," another parent said.

9News was told the girls caught buses, trains and hitchhiked as they travelled through Adelaide from Melbourne.

SA Police Commissioner Grant Stevens said "we are operating at a heightened sense of concern".

"This type of activity has the potential to undermine all of the efforts we're putting in place to protest South Australia from the spread of COVID-19."

Any driver who believes they may have given a lift to the two girls is urged to isolate immediately and contact SA Health's COVID-19 hotline on 1800 253 787.