A 19-year-old man has been charged over the alleged sexual assault of young girl he met on social media in northern NSW.

A 19-year-old man has been charged over the alleged sexual assault of young girl he met on social media in northern NSW.

Last month, Child Abuse and Sex Crime Squad detectives began investigating reports a 12-year-old girl had been sexually assaulted earlier this year by a man she met on social media.

The investigation led investigators to execute a search warrant at a home at Cardiff about 8.40am yesterday where officers seized mobile phones and other electronic devices. 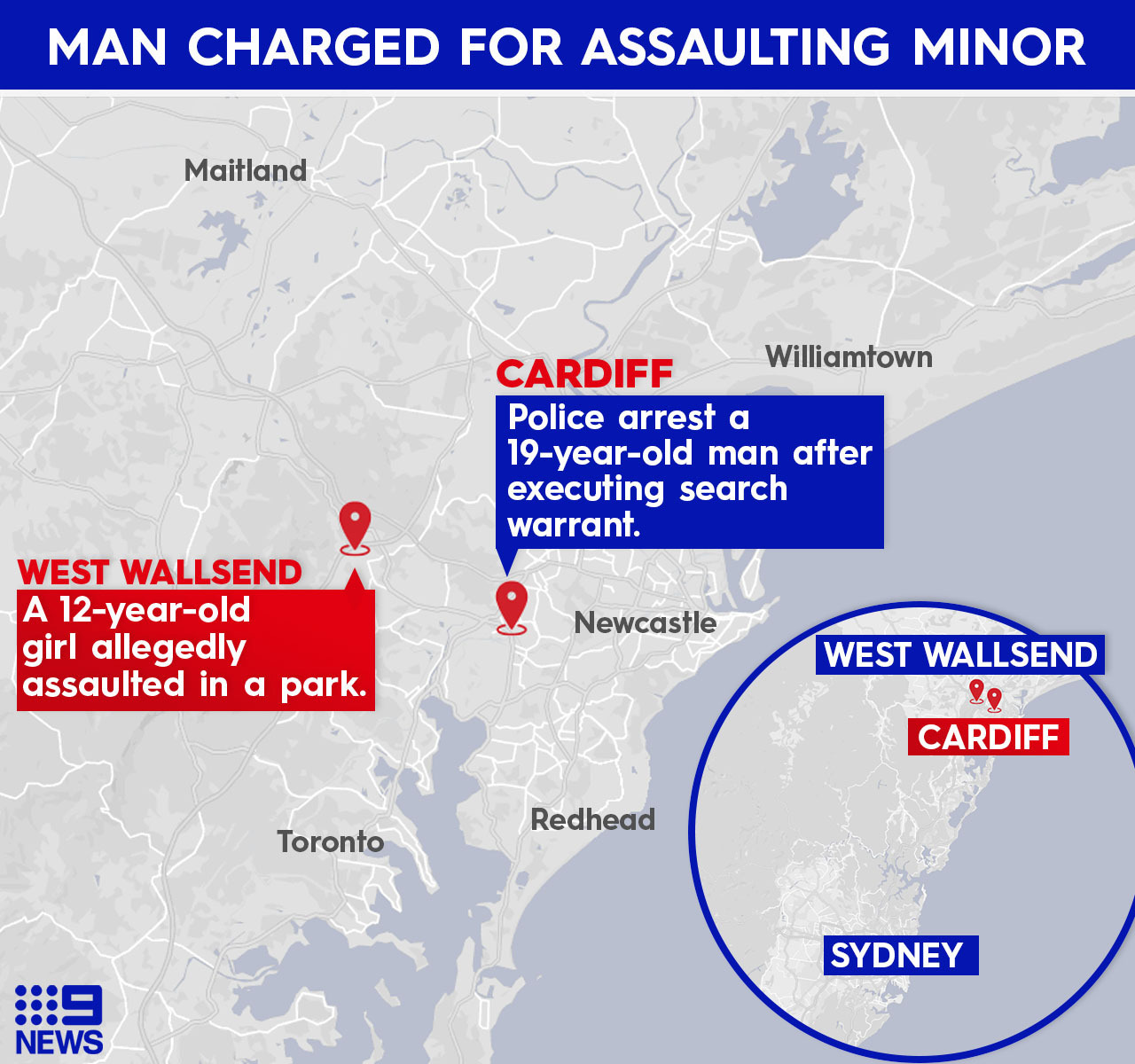 A man was arrested and taken to Toronto Police Station, where he was charged with intentionally sexually touching a child, five counts of sexual intercourse with child and producing child abuse material.

The man is accused of using social media to communicate with the girl before sexually assaulting her at a park in West Wallsend west of Newcastle in April this year.

Police also allege the man shared recordings of the incident on social media.

Squad Commander, Detective Superintendent John Kerlatec, said the incident is a reminder for parents to speak with young people about potential dangers online.

"For young people, any online platform that allows them to be in contact with people they do not know – and have only met in the online environment – can put them at risk," Det Supt Kerlatec said.

"We know that sexual predators may use the online environment to target children, so it is imperative that all young people know what to do if they are exposed to explicit or inappropriate conversations.

"It is common for young people to feel uncomfortable reporting these types of conversations, so I urge parents and carers to make sure they're assured that they don't need to be embarrassed or upset.

"From a police perspective our priority is protecting children from any type of harm, and we will track down anyone who uses the internet to groom and/or procure children for sex.

"Finally, I want to remind everyone to be careful about providing personal details on social media, especially to someone they only know online, and take extreme caution if making plans to meet up – consider whether you really know who it is you are meeting," he said.

The man was refused bail to appear at Toronto Local Court today.