A 17-year-old has been charged with murder after an apprentice was allegedly attacked while trying to stop a fight at a 16th birthday in Melbourne’s south-east earlier this year.

A 17-year-old has been charged with murder after an apprentice was allegedly attacked while trying to stop a fight at a 16th birthday in Melbourne's south-east earlier this year.

Police said Jason Langhans was attacked when he stepped in as a "peacemaker" as an altercation was escalating at the birthday with up to 100 guests in Tooradin in March.

He died three weeks later after his family made the "horrendous decision" to turn off his life support. Today, a 17-year-old was charged with his murder.

Two other males also spoke to investigators and were released without charge.

The 17-year-old will appear in a children's court later today.

Heartbroken mother Carolyn Langhans struggled to hold back tears as she told reporters her "beautiful" boy had been ripped from their lives too soon.

"There is a big hole in our hearts," Mrs Langhans said.

"I'm devastated, my heart is broken. I've lost my son, he's not coming back."

The teenager was described as a "beautiful young man who had his whole life ahead of him".

He was looking forward to completing an apprenticeship and had recently bought a four-wheel drive.

"He planned to get his licence on his 18th birthday," Mrs Langhans said. 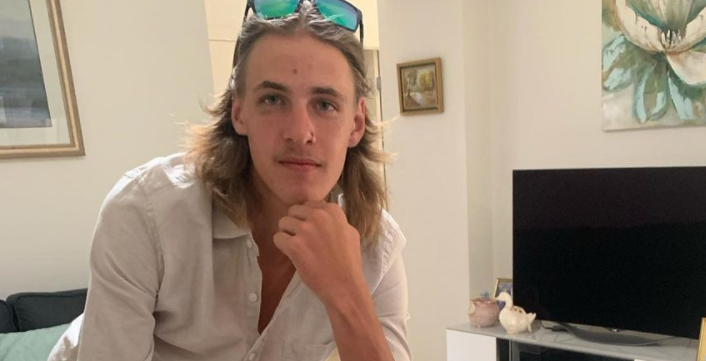 "That's all gone now, that's been taken away from him.

"He is a loving, caring, gentle person. He wouldn't hurt a soul."

Tooradin is a semi-rural township on the outskirts of Melbourne, located about 57 kilometres south-east of the CBD.