The three suspects in Italy’s cable car disaster have been allowed to leave prison after a judge indicated most of the blame fell on a service technician who intentionally disabled the car’s emergency brake because it kept locking spontaneously.

The three suspects in Italy's cable car disaster have been allowed to leave prison after a judge indicated most of the blame fell on a service technician who intentionally disabled the car's emergency brake because it kept locking spontaneously.

Judge Donatella Banci Buonamici said there wasn't sufficient evidence suggesting the owner of the Mottarone cable car company, Luigi Nerini, or the maintenance chief, Enrico Perocchio, knew the technician had deactivated the brake on several occasions even before the May 23 disaster, which killed 14 people and left a five-year-old child in hospital.

After evaluating the prosecutors' case and request for the trio to remain behind bars, Buonamici ordered the owner and maintenance chief be freed while allowing the technician, Gabriele Tadini, to leave under house arrest. 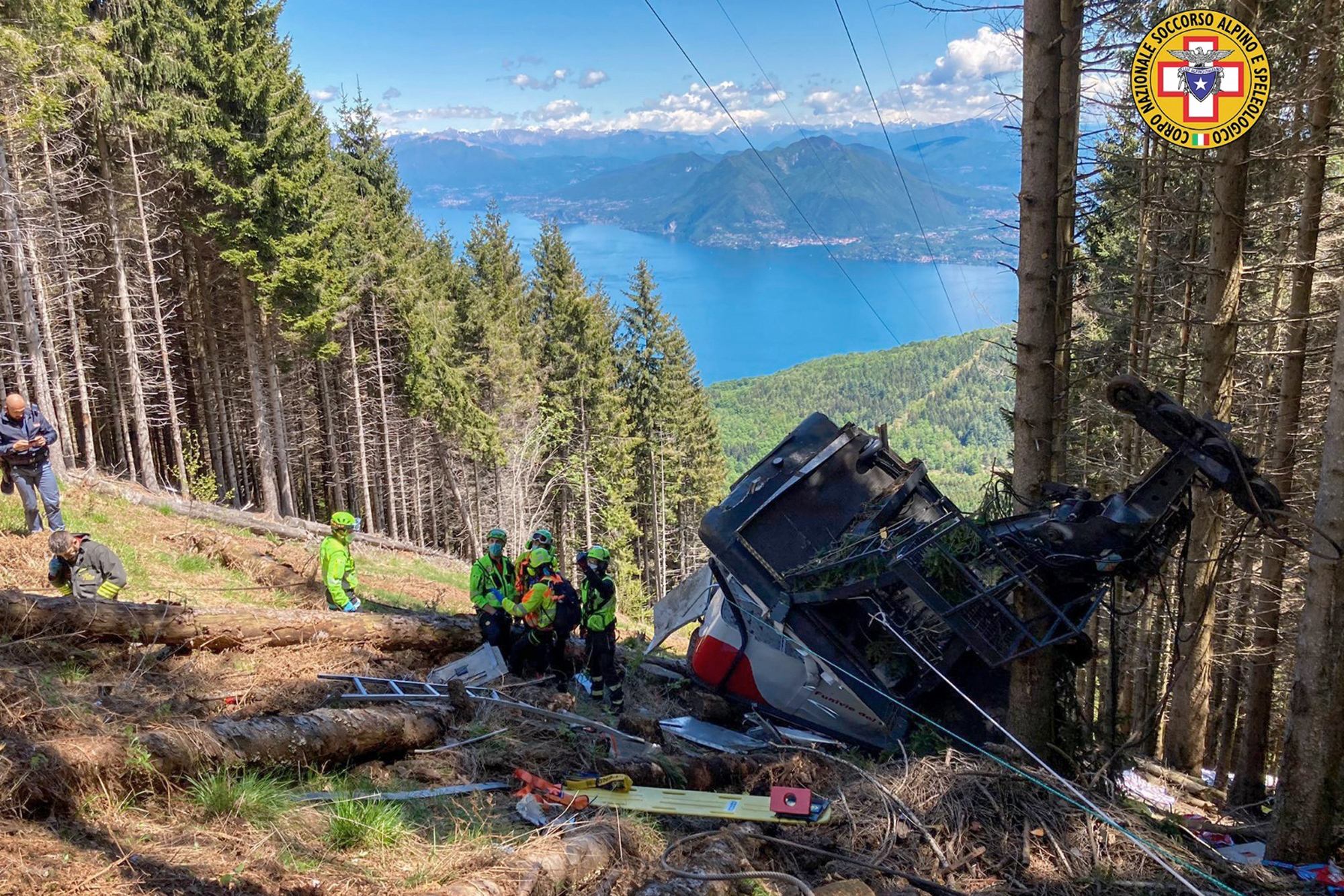 The three men left the Verbania prison on Sunday, accompanied by their lawyers.

Fourteen people were killed when the lead cable of the Mottarone funicular overlooking Lake Maggiore in northern Italy snapped and the emergency brake failed to prevent the cable car from reeling backward down the support line.

The cable car pulled off the line entirely when it hit a support pylon, crashed to the ground and then rolled down the mountain until it was stopped by a stand of trees. 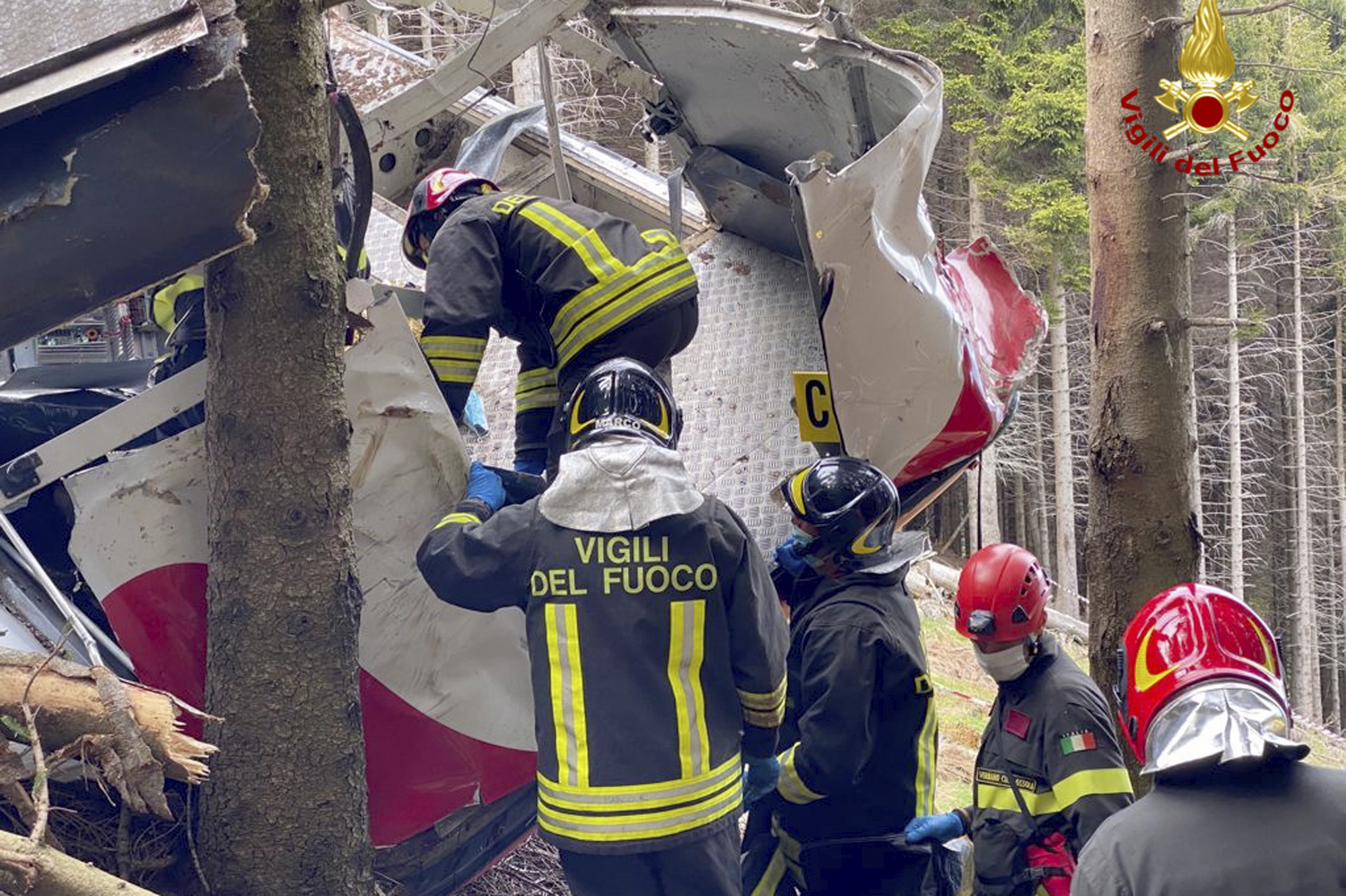 It is not known why the cable snapped.

The Italian region of Piedmont observed a minute's silence at noon on Sunday (8pm AEST), and flags were flying at half-mast to mark the moment one week ago when the disaster struck.

Mr Tadini admitted during questioning that he had left a fork-shaped bracket on the cable car's emergency brake to disable it because it kept locking on its own while the car was in service, his lawyer Marcello Perillo said.

Speaking to reporters outside the Verbania prison, Mr Perillo said Mr Tadini never would have left the bracket in place if he thought the lead cable would snap, as it did.