Taylor Swift is opening up with a heartbreaking update on her mother’s cancer battle. The “Lover” singer revealed that her mum, Andrea Swift, has been diagnosed with a brain tumour amid ongoing treatment for an undisclosed form o…

Taylor Swift is opening up with a heartbreaking update on her mother’s cancer battle.

The “Lover” singer revealed that her mum, Andrea Swift, has been diagnosed with a brain tumour amid ongoing treatment for an undisclosed form of cancer. The news came in a Variety interview, published Tuesday, about the pop star’s upcoming Netflix documentary, “Miss Americana.”

Swift first shared her mother’s cancer diagnosis in 2015. Although her mom went into remission, the cancer returned for a second time last March during the filming of the documentary. “She was going through chemo, and that’s a hard enough thing for a person to go through,” Swift told the magazine.

“While she was going through treatment, they found a brain tumour,” Swift added. “And the symptoms of what a person goes through when they have a brain tumour is nothing like what we’ve ever been through with her cancer before. So it’s just been a really hard time for us as a family.” 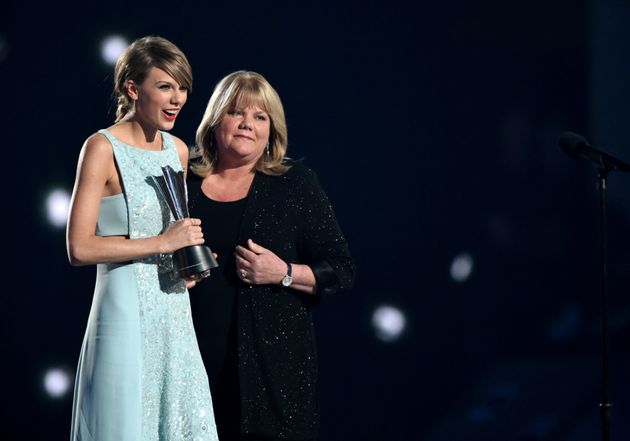 The Grammy-winner called her 62-year-old mother a “guiding force” in her life.

“Almost every decision I make, I talk to her about it first,” she shared. “So obviously it was a really big deal to ever speak about her illness.”

Andrea Swift was seen in November cheering for her daughter alongside the singer’s father, Scott Swift, at the 2019 American Music Awards. The singer was honored with the Artist of the Decade award after performing a career-spanning medley of her greatest hits.

During her speech on stage, Swift made mention of her parents, seemingly bringing her mother to tears. 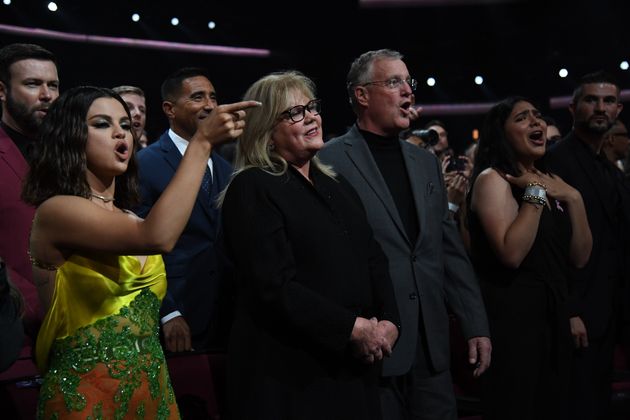 The recurrence of the cancer, Swift told Variety, is one major reason why she has opted out of a world tour to promote her current album ― which features an emotional Dixie Chicks-assisted ballad, “Soon You’ll Get Better,” about her mother’s illness.

Instead, she plans to perform at a handful of festivals across Europe this summer, including headlining at the Glastonbury Music Festival alongside Paul McCartney, in addition to a select few tour dates in the United States.

In an Elle interview last year, in which she revealed that her mother’s cancer had returned, Swift said the diagnosis helped put things in focus for her.

“It’s taught me that there are real problems and then there’s everything else. My mom’s cancer is a real problem,” she wrote. “I used to be so anxious about daily ups and downs. I give all of my worry, stress, and prayers to real problems now.”