Until it was hunted to extinction, the thylacine – also known as the Tasmanian tiger or Tasmanian wolf – was the world's largest marsupial predator.

However, new research shows it was in fact only about half as large as previously thought. So perhaps it wasn't such a big bad wolf after all.

Although the thylacine is widely known as an example of human-caused extinction, there is a lot we still don't know about this fascinating animal. This even includes one of the most basic details: how much did the thylacine weigh? 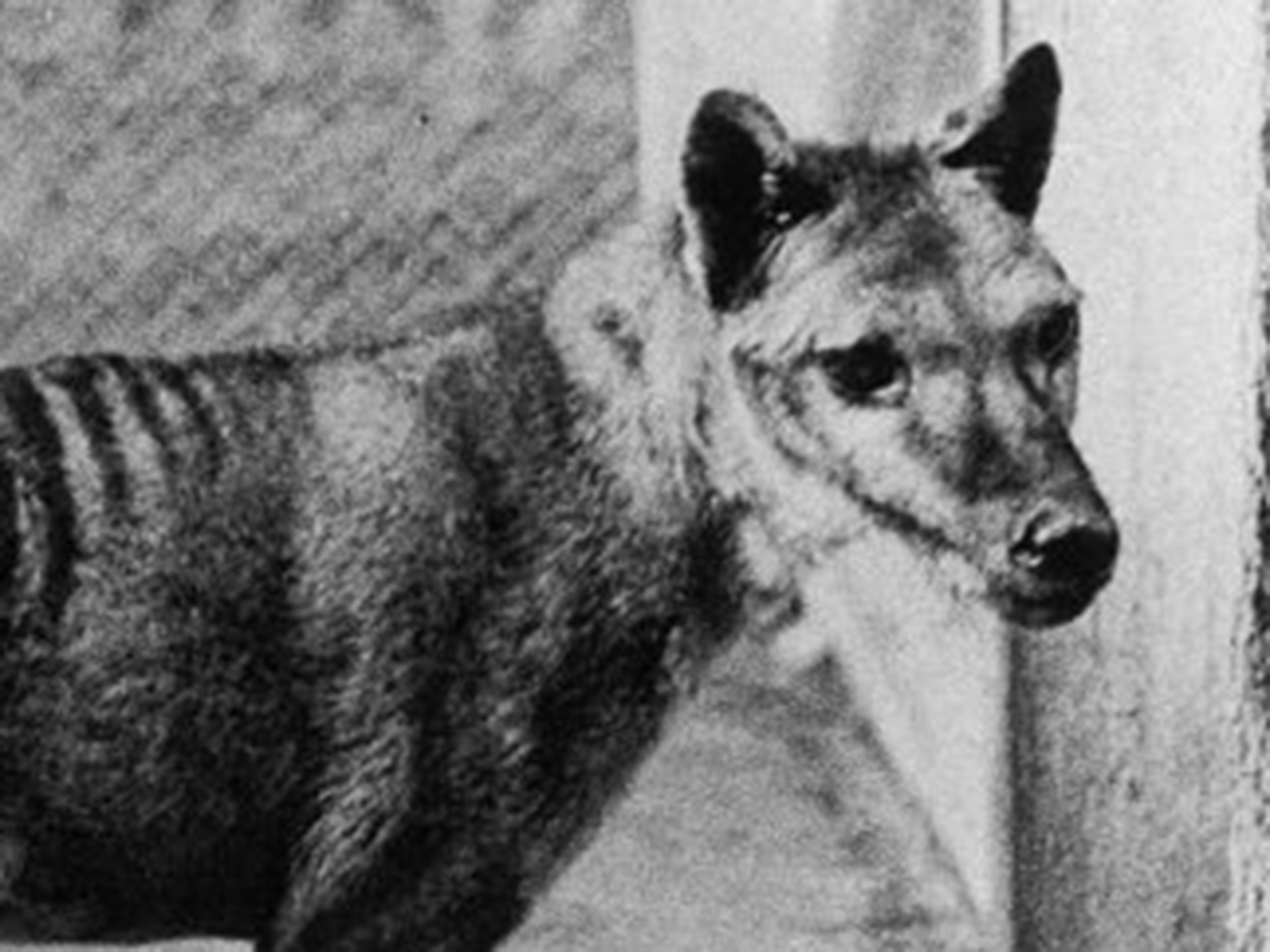 An animal's body mass is one of the most fundamental aspects of its biology. It affects nearly every facet of its biology, from biochemical and metabolic processes, reproduction, growth, and development, through to where the animal can live and how it moves.

For meat-eating predators, body mass also determines what the animal eats – or more specifically, how much it has to eat at each meal.

Catching and eating other animals is hard work, so a predator has to weigh the costs carefully against the benefits. Small predators have low hunting costs – moving around, hunting, and killing small prey doesn't cost much energy, so they can afford to nibble on small animals here and there.

But for bigger predators, the stakes are higher.

Almost all large predators – those weighing at least 21kg– focus their efforts on prey at least half their own body size, getting more bang for the buck. In contrast, small predators below 14.5 kg almost always catch prey much smaller than half their own size.

Those in between typically take prey less than half their size, but sometimes switch to a larger meal if some easy prey is there for the taking – or if the predator is getting desperate. 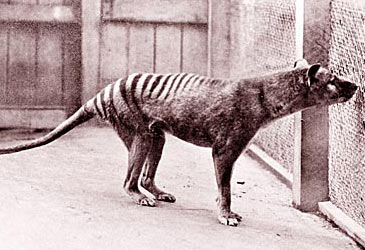 The mismeasure of the thylacine

This lack of information has made estimating their average size difficult.

The most commonly used average body mass is 29.5kg, based on 19th-century newspaper accounts.

This suggests the thylacine would probably have taken relatively large prey such as wallabies, kangaroos and perhaps sheep.

However, studies of thylacine skulls suggest they didn't have strong enough skulls to capture and kill large prey, and that they would have hunted smaller animals instead.

This presented a problem: if the thylacine was as big as we thought, it shouldn't be able to live solely on small prey. But what if we've had the weight wrong the whole time?

New research, published today in Proceedings of the Royal Society B, addresses this weighty issue. A team travelled throughout the world to museums in Australia, the US, the UK and Europe, and 3D-scanned 93 thylacines, including whole mounted skeletons, taxidermy mounts, and the only whole-body ethanol-preserved thylacine in the world, in Sweden.

Based on these scans, new equations were created to estimate a thylacine's mass, based on how thick their limbs were – because their legs would have had to support their entire weight. 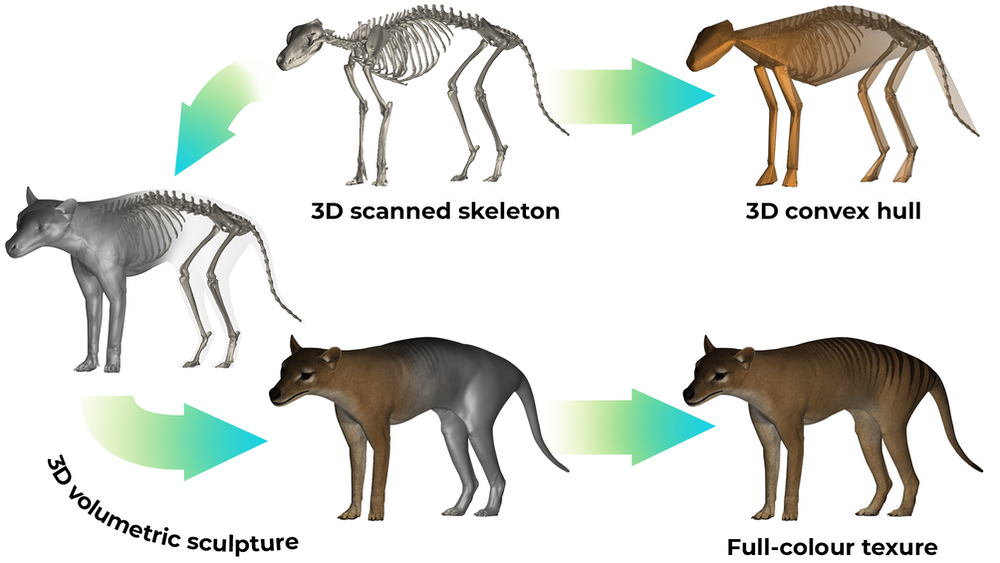 The results of these equations were also compared with a new method of digitally weighing 3D specimens. Based on a 3D scan of a mounted skeleton, the spaces were "digitally filled in" to estimate how much soft tissue would have been present, and then a new formula was used to calculate how much this would weigh.

READ:  Breonna Taylor's mother writes she has 'no faith in the legal system'

Taxidermy mounts were easier as there was no need to infer the amount of soft tissue. digital sculptures of lifelike thylacines were built around the scanned skeletons, and they were weighed.

Our calculations unanimously told a very different story from the 19th-century periodicals, and from the commonly used estimate. The average thylacine weighed only about 16.7 kg – not 29.5 kg.

Tall tales on the tiger trail

This means the previous estimate, based on taking 19th-century periodicals at face value, was nearly 80 per cent too large. Looking back at those old newspaper reports, many of them in retrospect have the hallmarks of "tall tales", told to make a captured thylacine seem bigger, more impressive and more dangerous.

It was based on this suspected danger that the thylacine was hunted and trapped to extinction, with private bounties already placed on them by 1840, and government-sponsored extermination by the 1880s.

The thylacine was much smaller than previously thought, and this aligns with the smaller prey size suggested by the earlier studies. Predators below 21kg – in which the thylacine should now be included – all tend to hunt prey smaller than half their size. The "Tasmanian wolf" probably wasn't such a danger to Tasmanian farmers' sheep after all.

By rewriting this fundamental aspect of their biology, we are closer to understanding the role of the thylacine in the ecosystem – and to seeing exactly what was lost when we deliberately hunted it to extinction.

Douglass Rovinsky, Alistair Evans and Justin W. Adams all contributed to this report which has been republished with permission.