Taliban forces sealed off Kabul's airport Saturday to most Afghans hoping for evacuation and most NATO nations flew out their troops after two decades in Afghanistan, winding down a frantic airlift that Western leaders acknowledged was still leaving many of their citizens and local allies behind.

The United States, which says the round-the-clock flights have evacuated more than 100,000 people since the Taliban claimed Kabul on August 15, was keeping up airlifts ahead of President Joe Biden's Tuesday deadline for withdrawal.

Britain also was carrying out its final evacuation flights Saturday, though Prime Minister Boris Johnson promised to "shift heaven and earth" to get more of those at risk from the Taliban to Britain by other means. Britain's ambassador to Afghanistan, Laurie Bristow, said in a video from Kabul airport and posted on Twitter that it was "time to close this phase of the operation now."

"But we haven't forgotten the people who still need to leave," he said. "We'll continue to do everything we can to help them. Nor have we forgotten the brave, decent people of Afghanistan. They deserve to live in peace and security."

Taliban forces were holding some positions within the airport, ready to peacefully take control as American forces fly out, spokesman Zabihullah Mujahid said. The Pentagon stressed Friday that the Taliban, who now run Afghanistan, were not in control of any operations at the airport.

READ:  Baby among four in hospital after Melbourne multi-vehicle smash

New layers of checkpoints sprang up on roads leading to the airport, some manned by uniformed Taliban fighters with Humvees and night-vision goggles captured from Afghan security forces. Areas where large crowds had gathered over the past two weeks in the hopes of fleeing the country were largely empty. A suicide attack Thursday by an Islamic State group affiliate killed 169 Afghans and 13 US service members, and there were concerns that the group, which is far more radical than the Taliban, could strike again. The US military said it killed an IS militant early Saturday in a drone strike, after US President Joe Biden promised swift retaliation.

An Afghan who worked as a translator for the US military said he was with a group of people with permission to leave who tried to reach the airport late Friday. After passing through three checkpoints they were stopped at a fourth. An argument ensued, and the Taliban said they had been told by the Americans to only let US passport-holders through.

"I am so hopeless for my future," the man told The Associated Press after returning to Kabul, speaking on condition of anonymity because of security concerns. "If the evacuation is over, what will happen to us?" 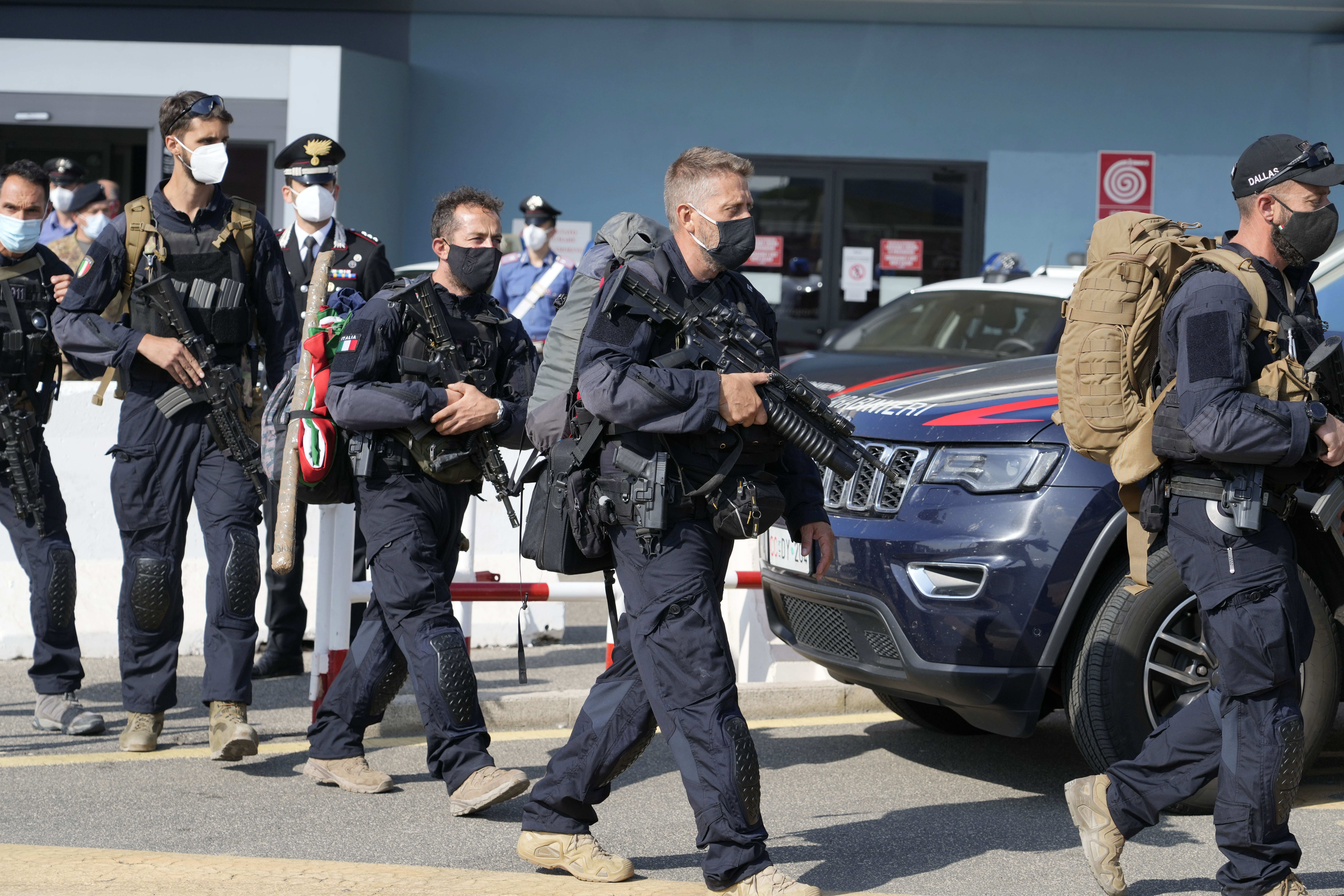 The Pentagon said Friday that Afghans with the proper documents still were being allowed in.

On Saturday, the Taliban fired warning shots and deployed some kind of coloured smoke on a road leading to the airport, sending dozens of people scattering, according to a video circulating online that was consistent with AP reporting.

In Kabul, hundreds of protesters, including many civil servants, gathered outside a bank while countless more lined up at cash machines. They said they hadn't been paid for three to six months and were unable to withdraw cash. ATM machines were still operating, but withdrawals were limited to about $200 every 24 hours.

Later Saturday, the central bank ordered commercial bank branches to open and allow customers to withdraw US$200 ($273.50) per week, calling it a temporary measure. The economic crisis, which predates the Taliban takeover, could give Western nations leverage as they urge Afghanistan's new rulers to form a moderate, inclusive government and allow people to leave after Tuesday.

Afghanistan is heavily dependent on international aid, which covered around 75% of the toppled Western-backed government's budget. The Taliban have said they want good relations with the international community and have promised a more moderate form of Islamic rule than when they last governed the country, but many Afghans are deeply sceptical.

The Taliban cannot access almost any of the central bank's $9 billion in reserves, most of which is held by the New York Federal Reserve. The International Monetary Fund has also suspended the transfer of some $450 million. Without a regular supply of U.S. dollars, the local currency is at risk of collapse, which could send the price of basic goods soaring.

A UN agency warned Saturday that a worsening drought threatens the livelihoods of more than 7 million people. The Rome-based Food and Agriculture Organisation said Afghans are also suffering from the coronavirus pandemic and displacement from the recent fighting.

READ:  Tas That Was – the Hospital at Port Arthur

Earlier this month, the UN World Food Program estimated that about 14 million people — roughly one out of every three Afghans — urgently needed food assistance. 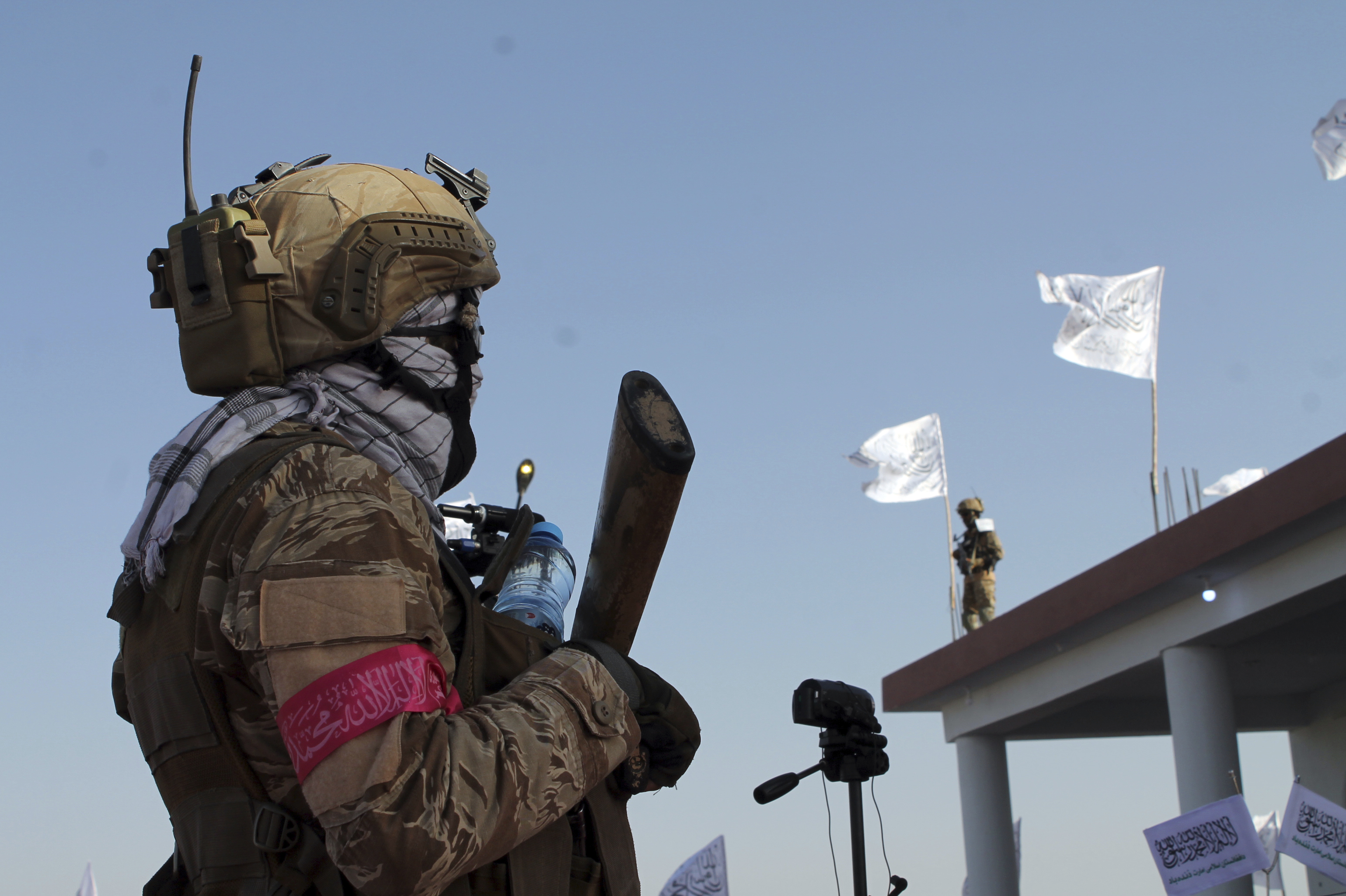 Biden has said he will adhere to a self-imposed Tuesday deadline for withdrawing all US forces. The Taliban, who control nearly the entire country outside of Kabul's airport, have rejected any extension.

Italy said its final evacuation flight had landed in Rome but that it would work with the United Nations and countries bordering Afghanistan to continue helping Afghans who had worked with its military contingent to leave the country.

"Our imperative must be to not abandon the Afghan people," especially women and children, Italian Foreign Minister Luigi Di Maio said Saturday.

The Taliban have encouraged Afghans to stay, pledging amnesty even to those who fought against them. They have said commercial flights will resume after the U.S. withdrawal, but it's unclear if airlines will be willing to offer service.

The US and its allies have said they will continue providing humanitarian aid through the UN and other partners, but any broader engagement — including development assistance — is likely to hinge on whether the Taliban deliver on their promises of more moderate rule.

Taliban fighters beat up a cameraman for the private broadcaster Tolo TV earlier this week in Kabul. Saad Mohseni, the CEO of the group that owns the channel, said the Taliban have been in touch with the station's management about the incident. He said the fighter has been identified, but it's unclear if he has faced any disciplinary action. There was no comment from the Taliban.