Military aircraft simulate what they would do if their air base were damaged by enemy forces.

An F-16 screeched across the sky then landed on a highway surrounded by pineapple fields in southwestern Taiwan to quickly refuel before taking off again.

Four military aircraft, including Taiwan's self-made Indigenous Defensive Fighter, the US-made F-16V and the French-made Mirage 2000-5, landed in Jiadong early this morning — simulating what they would do if their air base were damaged by enemy forces.

LIVE UPDATES: Cases yet to peak in Victoria 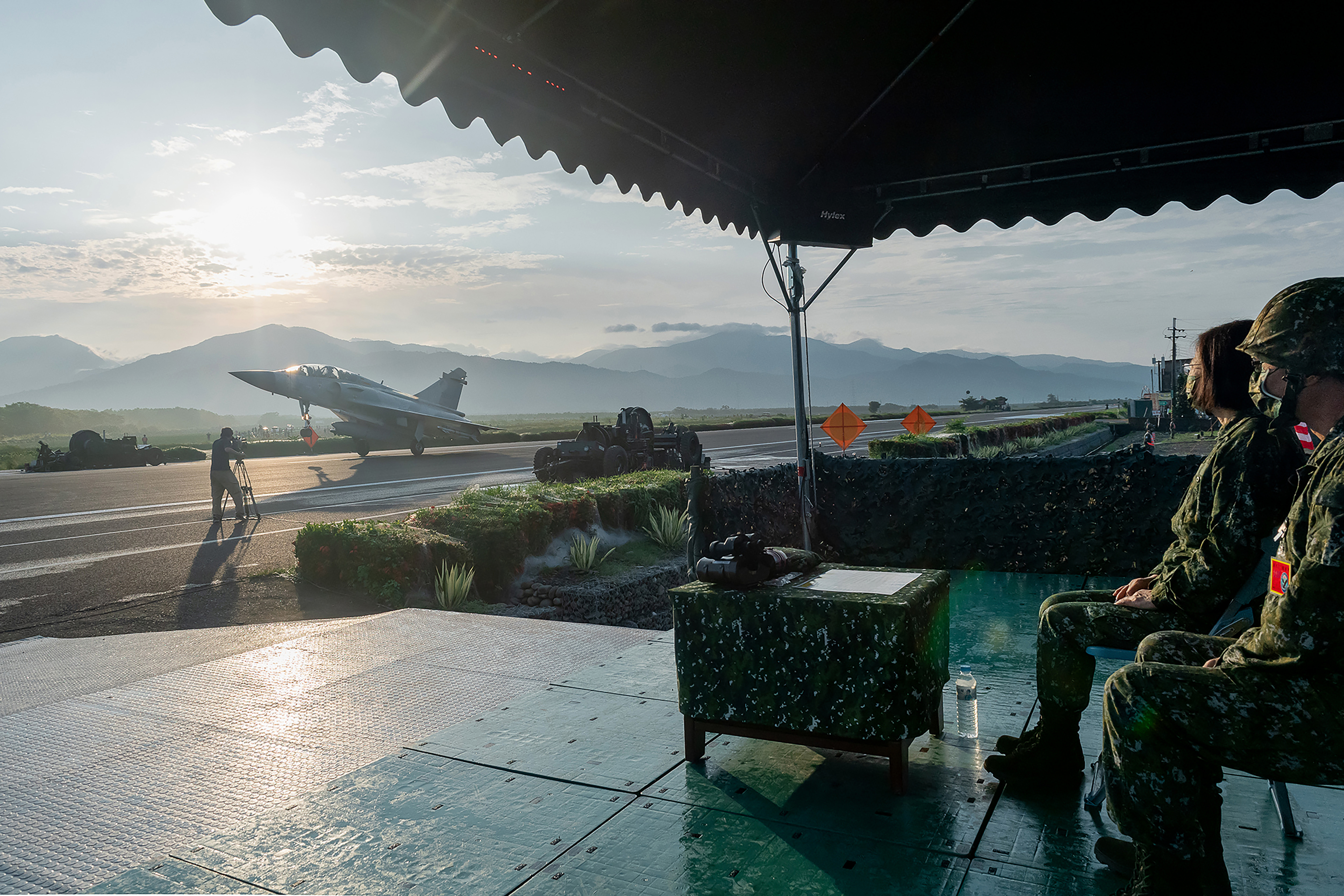 The simulation is part of Taiwan's five-day Han Guang military exercise designed to prepare the island's forces for an attack by China, which claims Taiwan as part of its own territory. The annual exercise was smaller this year due to COVID-19 restrictions.

In the past two years, the threat from China has risen, as the People's Liberation Army flies fighter jets towards Taiwan on a near-daily basis in an effort to intimidate and harass the island's air forces.